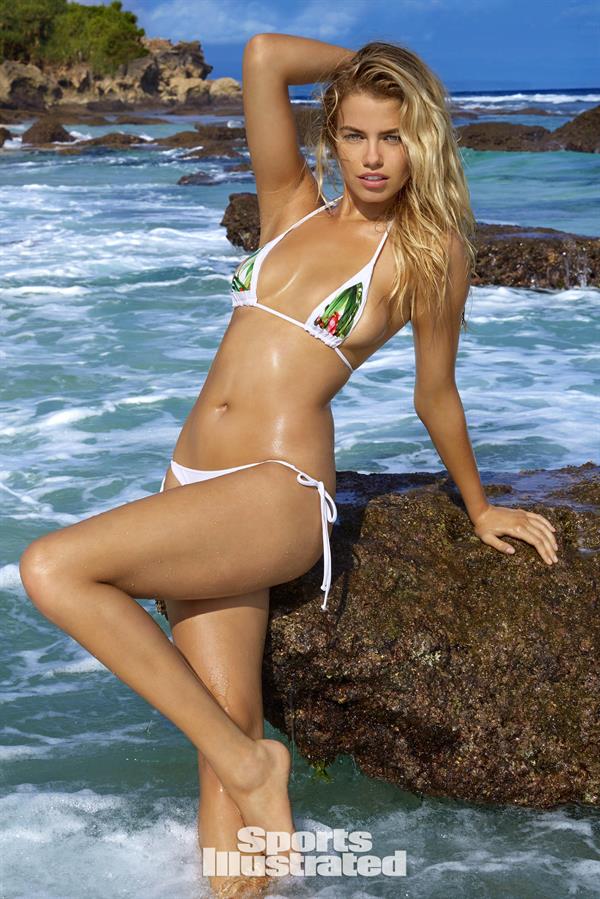 Hailey is looking better than ever as she put on a white string bikini. 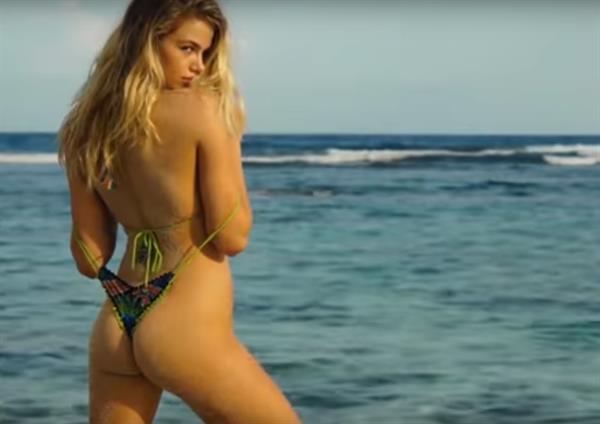 She modeled a number of skimpy bikinis including one that put her ass on full display. 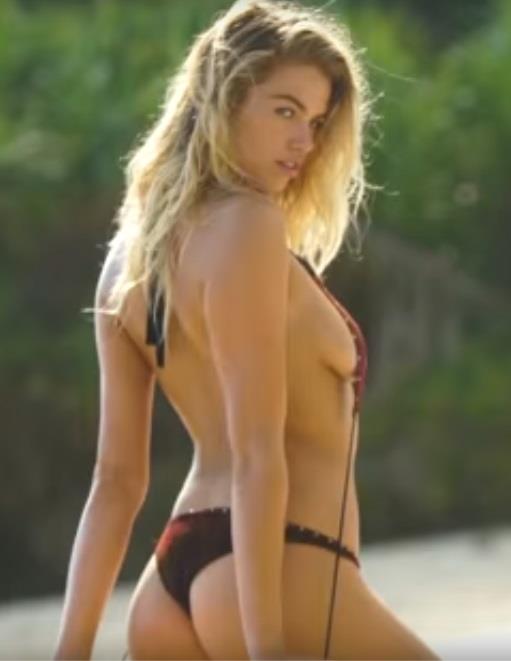 Hailey was both playful and sexy as she did a back side pose pulling the string of her bikini top.

The shoot was set on the beaches of Indonesia. We’re sure it was hotter than the tropical weather when she lay down on her back in this tiny bikini set. (Not to mention a see-through top)

No wonder she’s one of the favorites. Look at this gorgeous shot at the rock! 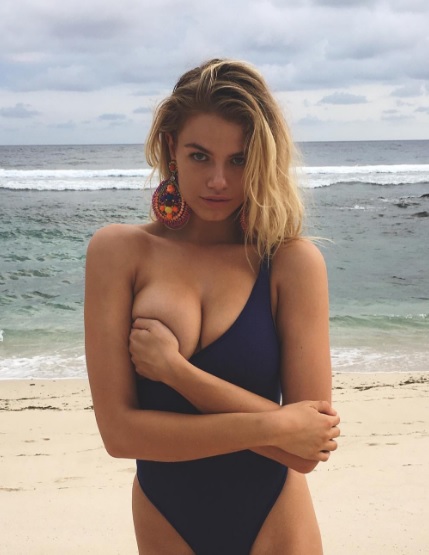 Posing with a little one handed hand bra action 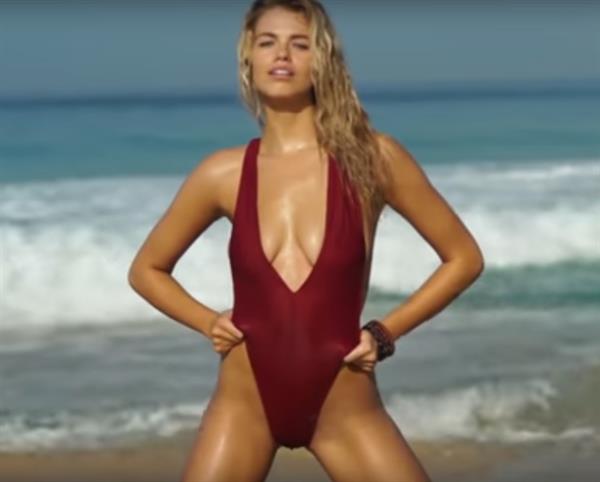 The 21-year old American model appeared in one of the three separate covers of Sports Illustrated Swimsuit Issue 2016. Hailey started modelling at the age of 14. At 16, she was already listed as one of the Top Newcomers of Models.com.

Here’s a look at some of her previous Sports Illustrated work: Want more of her, well we have a lot more:  Hailey Clauson Pictures