She started young…  this gorgeous, sun-kissed bombshell’s profile has been conquering the modeling world and social media for the past six years…  And she’s only 20 (now)! 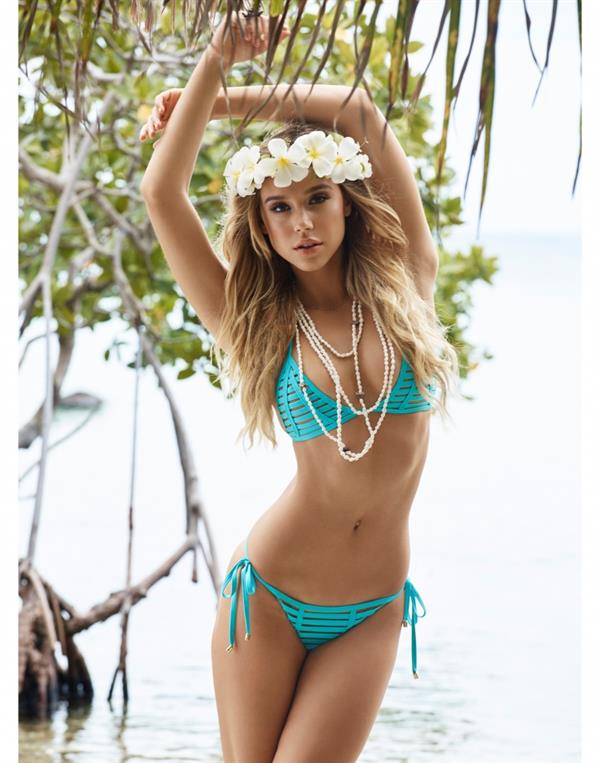 Alexis Ren is a social media star and published model who was signed by Nous Model Management.  She was about 13 years old when she was first approached with a modeling opportunity.  Now, she is one of most followed models on Instagram (with over 9 million followers).

Ladies and germs, here are 9 things about her that you may want to know… 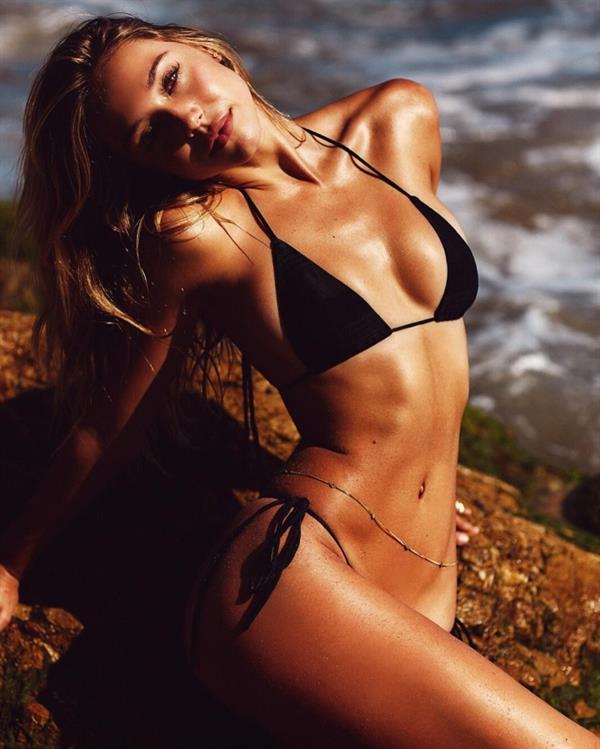 1. She’s got a 35-23-35 vital statistics. Damn, that’s like photoshopped but it’s not.  It’s real!  That dream vital stats can be achieved, ladies!!!  And how does she get (and maintain) that sick body of hers?  Simple.  She works out every single day! 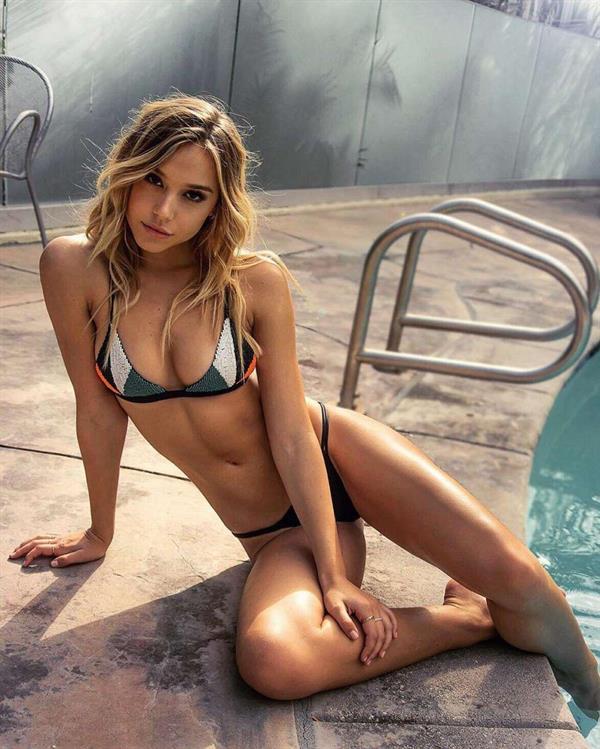 2. She realized, at a young age, that sex sells.  And she’s totally fine with it.  She was only fifteen when one of her photos wearing a bikini went viral.  And after that everyone just started following and following (her account). 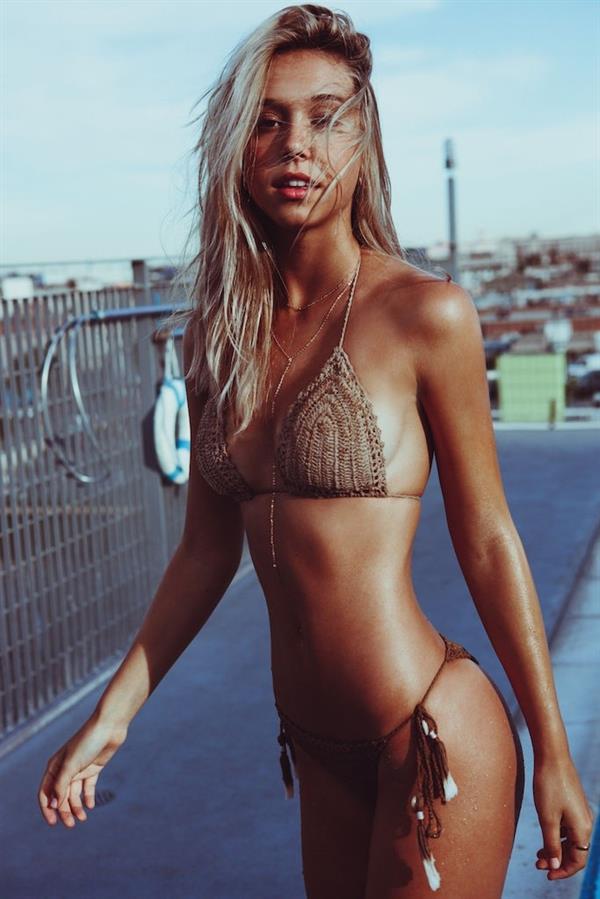 3. She prefers to pay for her own things, her own travels.  She carries a “No Sugar Daddy” attitude.  Atta’ girl!  This girl is a gem man.  I mean, tsk…  just very friggin rare, don’t you think? 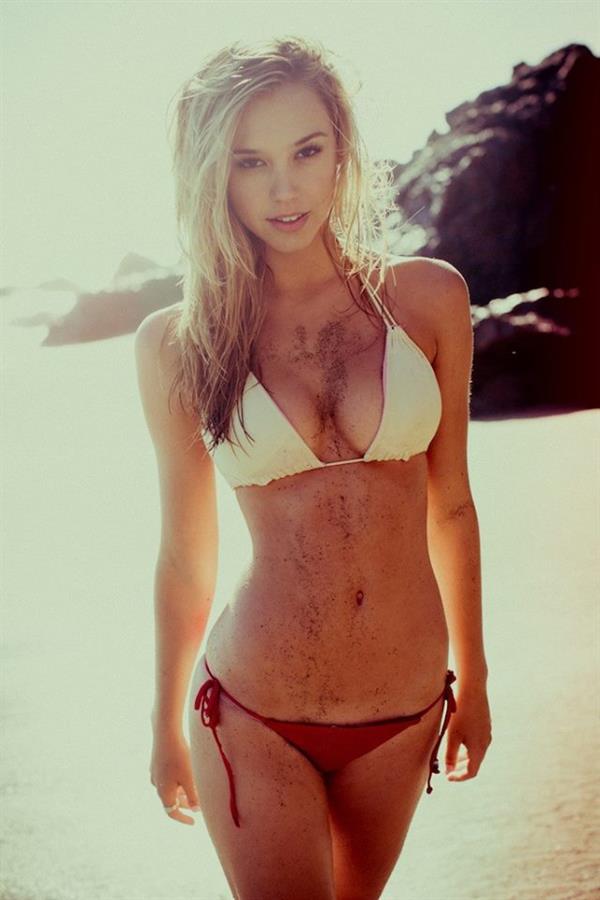 4. She doesn’t drink (alcohol, okay) and she eats clean.  Well, she’s only 20 and that’s a year away from being alcohol-legal.  But the main reason why she doesn’t drink is…  maintaining her abs is more important than having hangovers.

So, apparently, alcohol and junk food mess up your belly…  That explains a lot, eh, guys? 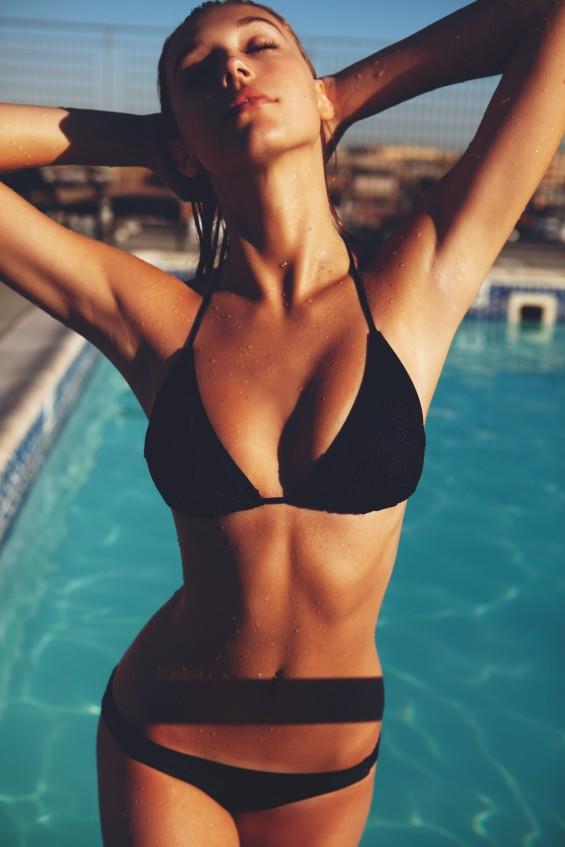 5. She’s got a great tan.  According to her, she gets at least 20 minutes of sun every day.  At least.  But she prefers an hour, though.  And of course, she uses sunscreen!!! 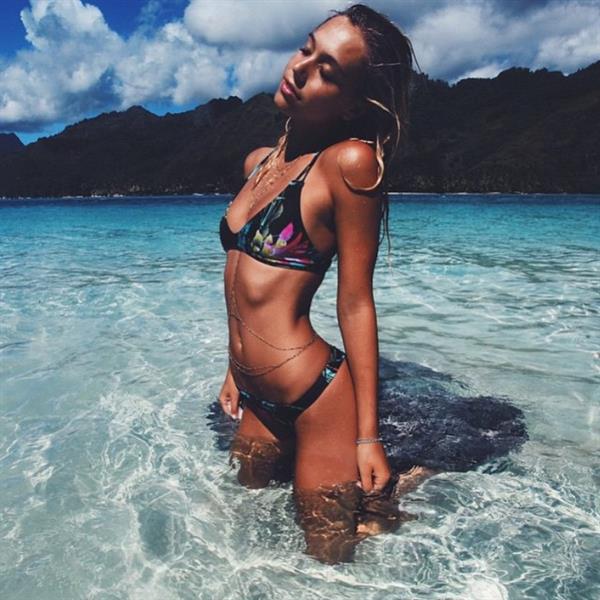 6. Alexis Ren’s photos are real.  I mean, she doesn’t use Photoshop on herself and she hates it when people accuse her of using photoshop (because she works awfully hard for that body of hers). 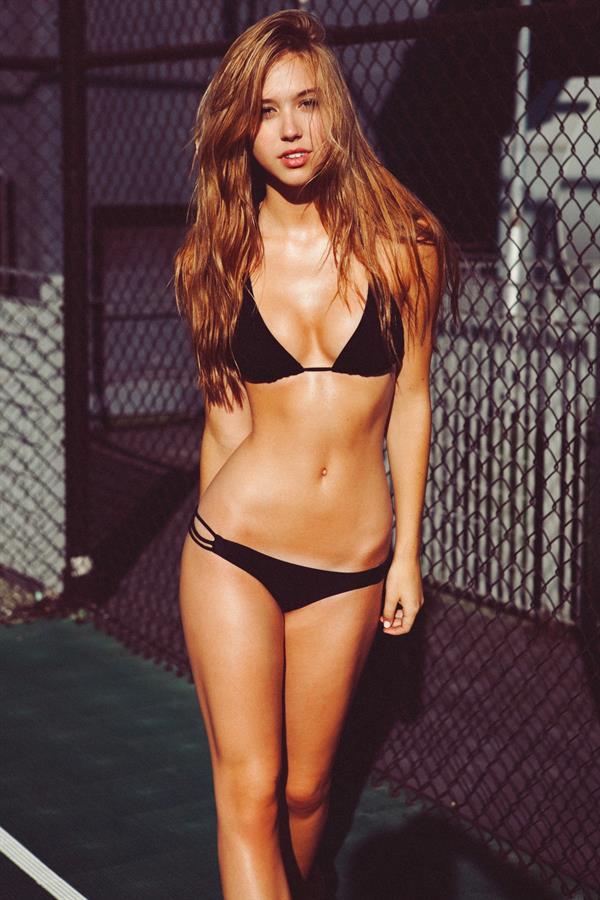 7. She had a nasty break-up with also social media celebrity, Jay Alvarez (They dated from 2014 to 2016).  She ended her break up tirade with a body shaming (to Jay’s part, of course… ‘Part’) statement. 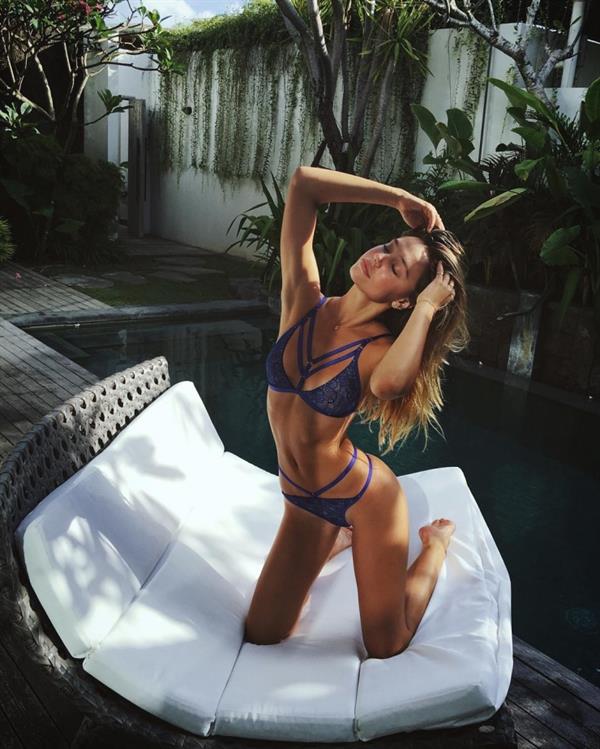 8. Gigi Hadid is her role model for the reason that Gigi used her social media to build a career in fashion/modeling.  Alexis also stated that “girls like her (Gigi) open doors for girls like me…” 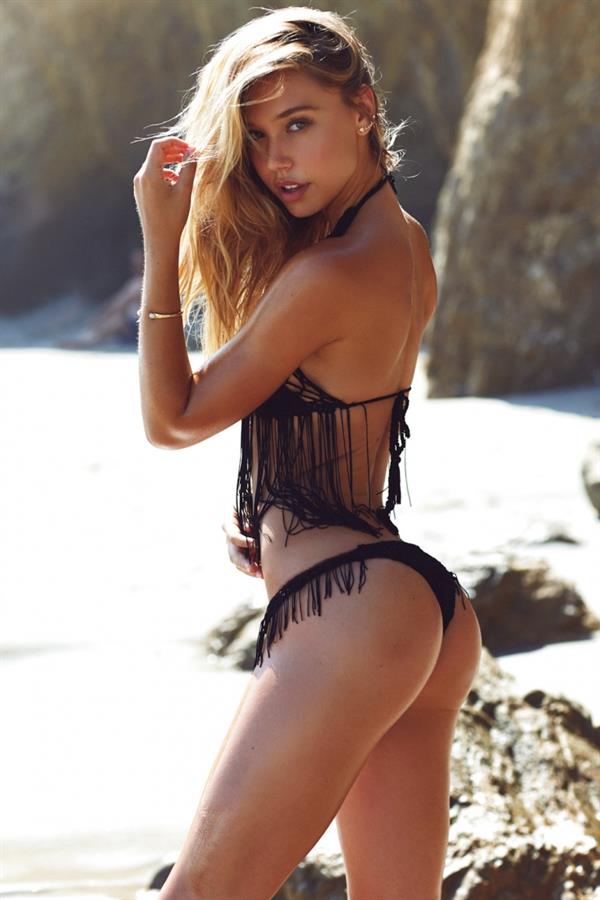 So there you have it, folks!
Yeah, we know you still can’t get over fact # 1…
Well, here…  additional photos (proof) for you…
And more daring pics that show her body ratio (breast to waist to hips), here.

And as always…
You are welcome, dear reader. 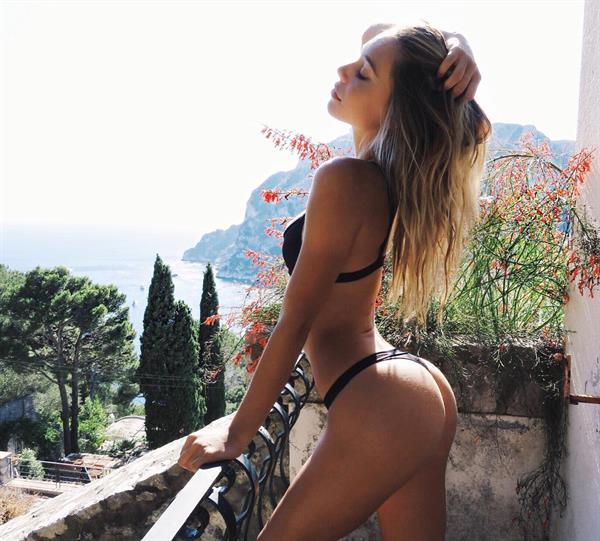 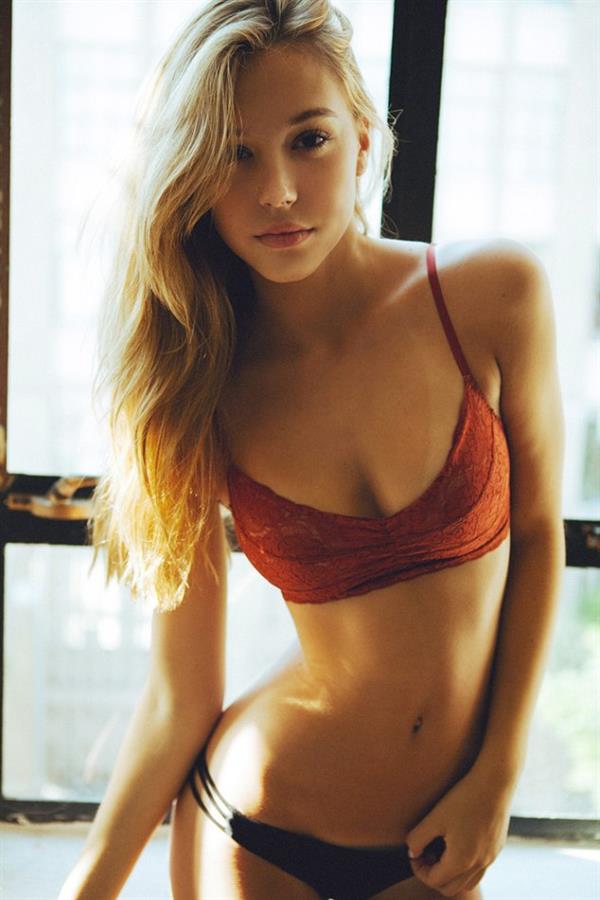 We could stare at this pic…  all day