It was a steamy Independence day for Christina El Moussa who enjoyed the day on her luxury boat in Newport, California.  The 33-year old reality star showed off her incredible figure in a crocheted stripe bikini. 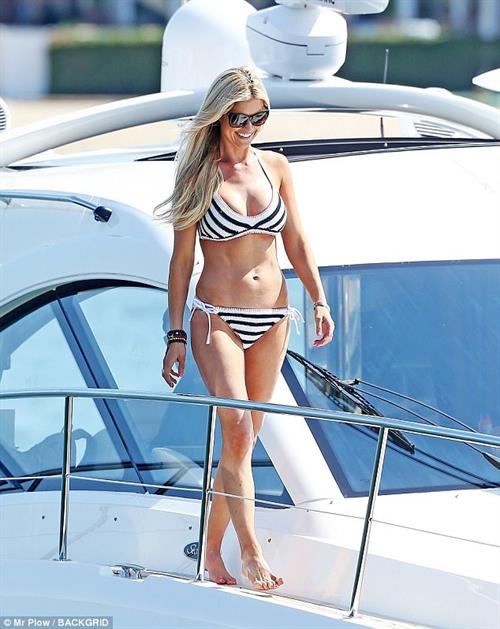 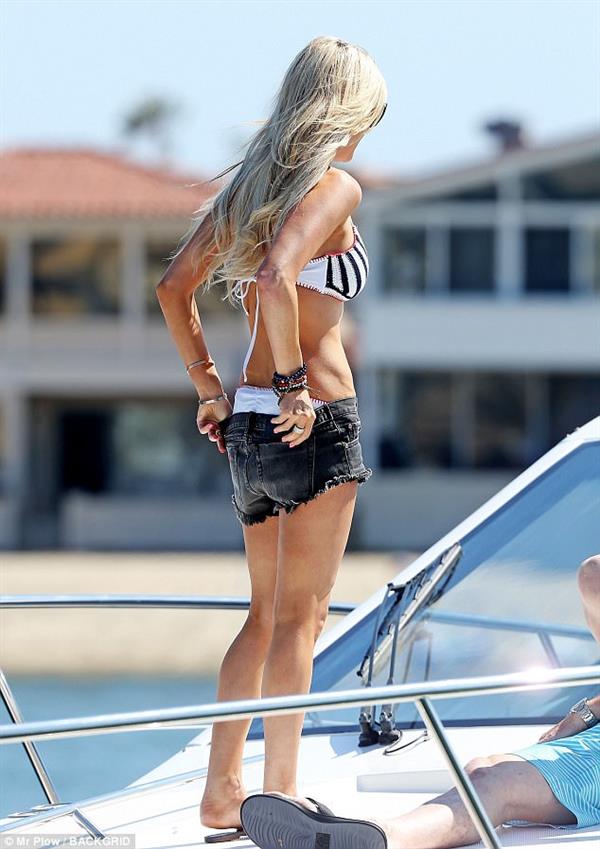 She was spotted cuddling with her businessman boyfriend Doug Spedding.  The new couple spent their Fourth of July with Christina’s daughter, Taylor, whom she shares with Flip or Flop co-host Tarek El Moussa. 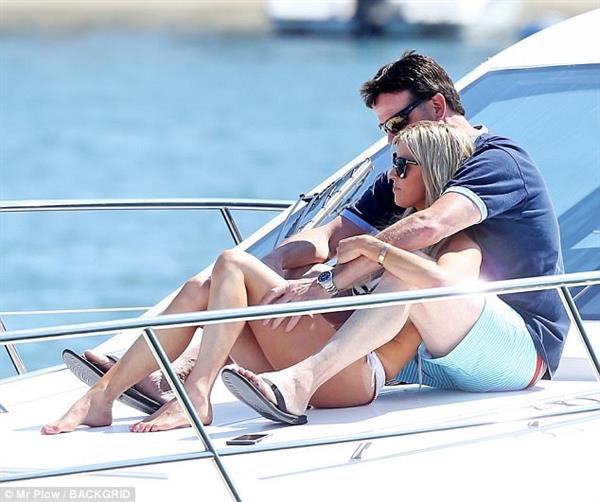 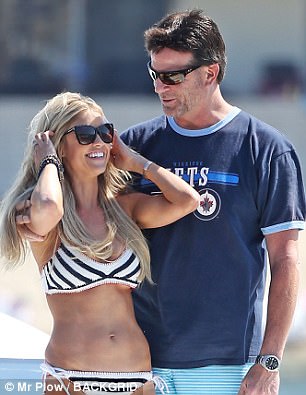 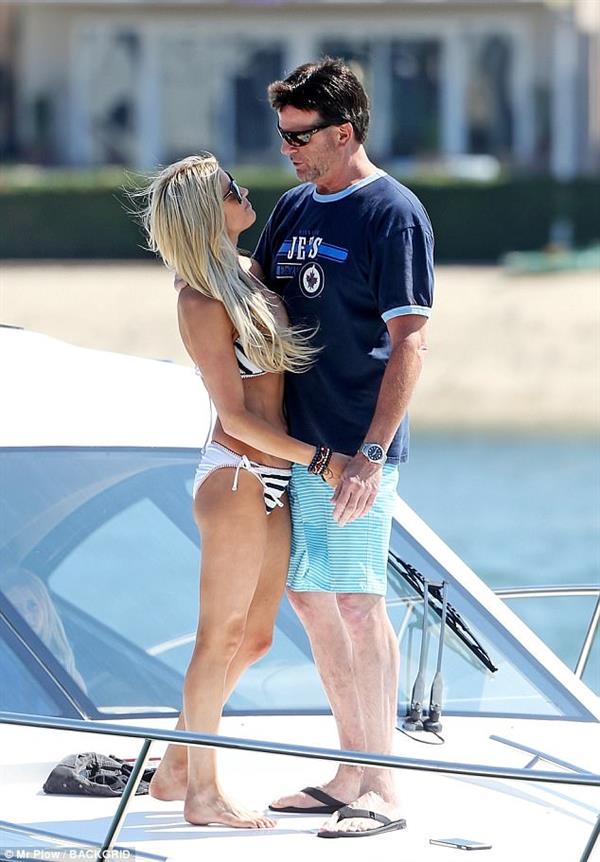 The South Californian beauty runs a real estate agency with her ex-husband.  The former couple has been together for seven years.  They recently filed for divorce citing irreconcilable differences as grounds for the separation.