Game of Thrones has become the one of the biggest and most talked series recently. And it has skyrocketed the careers of its lead stars. One such star is the beautiful actress Emilia Clark who plays the character of Daenerys Targaryen, the Mother of Dragons. Emilia has risen to fame with just a single role. She’s undeniably a talented actress and was adored by many fans. But there’s probably a lot you don’t know about her. Get to know her better with these fascinating things about Emilia below. 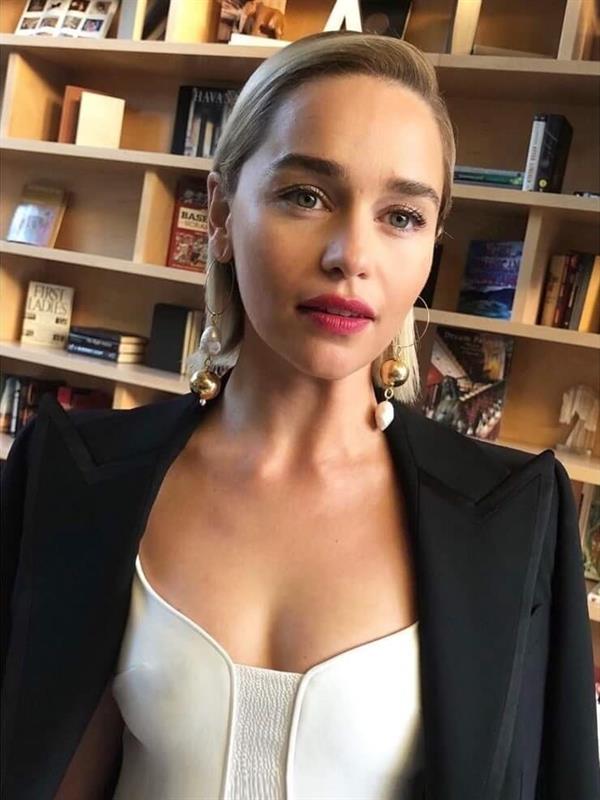 Emilia’s father is a theater sound engineer. She attended a performance of Showboat which her dad was working on. She was just 3 during that time.

“We sat her in the front row in house seats—Showboat at the London Palladium,” her mom, Jenny, said in Live Journal. “She sat on my lap the whole way through, transfixed by the whole thing.” It was then that Emilia was enchanted by it and decided she wanted to become an actor 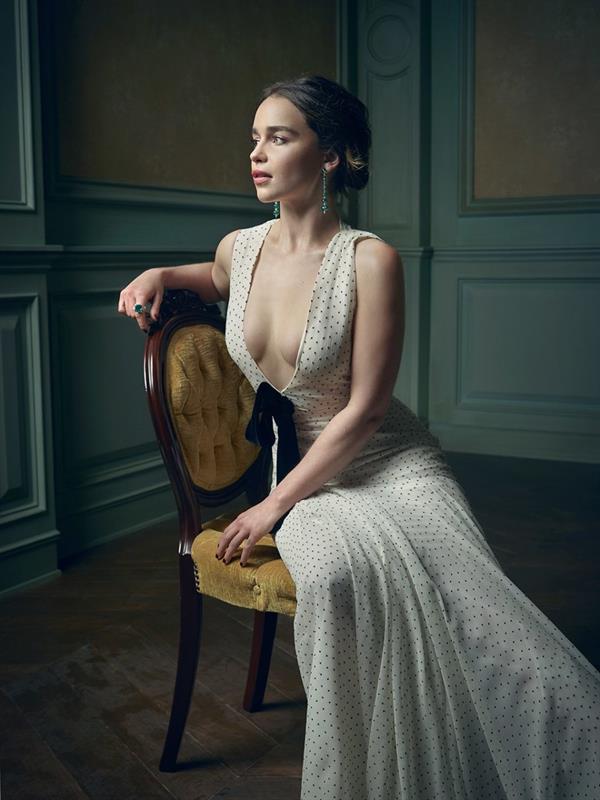 She Attended In The Drama Center London.

After graduating from secondary school she attended the renowned Drama Centre London.

“There were a lot of beautiful, blond, gorgeous girls in my year who got the Juliets and the like,” she told the NY Times. “I got the Jewish grandmothers and all the farcical parts, which was actually really, really good because it made me aware of my capabilities as an actor.”

After finishing her studies at the Drama Centre in 2009, Emilia set to work building her career, appearing in various commercials and landing her first television role in the BBC dramatic series Doctors. 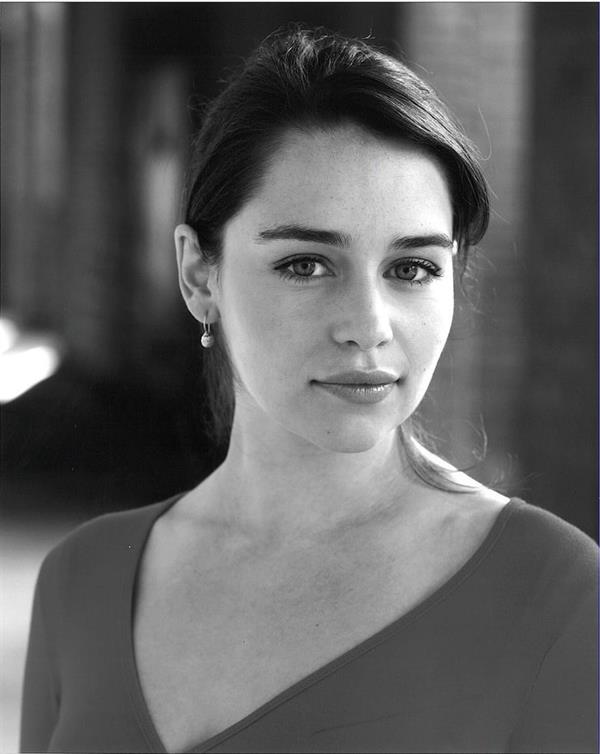 Emilia is an incredibly talented musician. She can expertly sing blues, cabaret, ballads, and jazz numbers with her beautiful alto voice. Aside from singing, she’s also got some serious talent in playing musical instruments. She can play the piano, guitar, and flute. Well that’s really impressive. 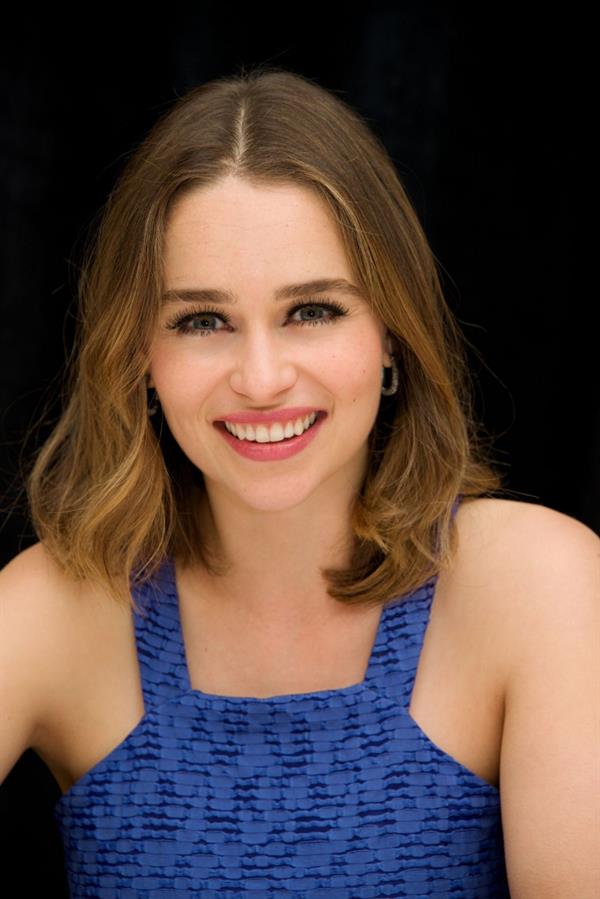 She’s The Face Of Dolce And Gabbana

Emilia has been named the face of Dolce & Gabbana’s The One fragrance, a role previously filled by the likes of Gisele Bündchen and Scarlett Johansson .

“It’s brilliant! I associate Dolce & Gabbana with so much joy, fun, frivolity, feminine and beauty – it’s all very Italian!” she told Harper’s Bazaar on what it means to work with the brand.

“It’s quite a sensual fragrance I think. It’s got the lower tones that linger and I like that about it. You can smell the zesty top notes but there’s also the coffee vibe that’s creamy which makes it very sensual,” said Emilia. 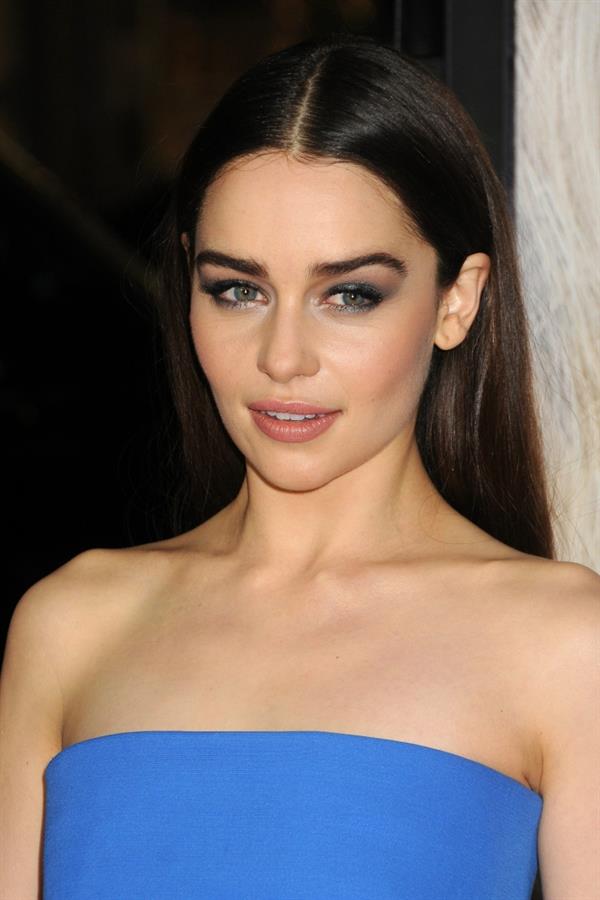 She Was Bullied Because Of Her Eyebrows

Emilia is known to have a thick and gorgeous eyebrows. But she was bullied in school because of it and her mom told her not to get her eyebrows waxed.

“My mom had rules when I was growing up: Don’t do drugs, don’t have sex, and don’t touch your eyebrows,” Emilia said in Allure.

“So I got bullied as a kid for having ridiculous eyebrows. She said, ‘You’ll be thankful when you’re older,’ and I am. My mom used to tell me to brush them with Vaseline when I went to bed.” 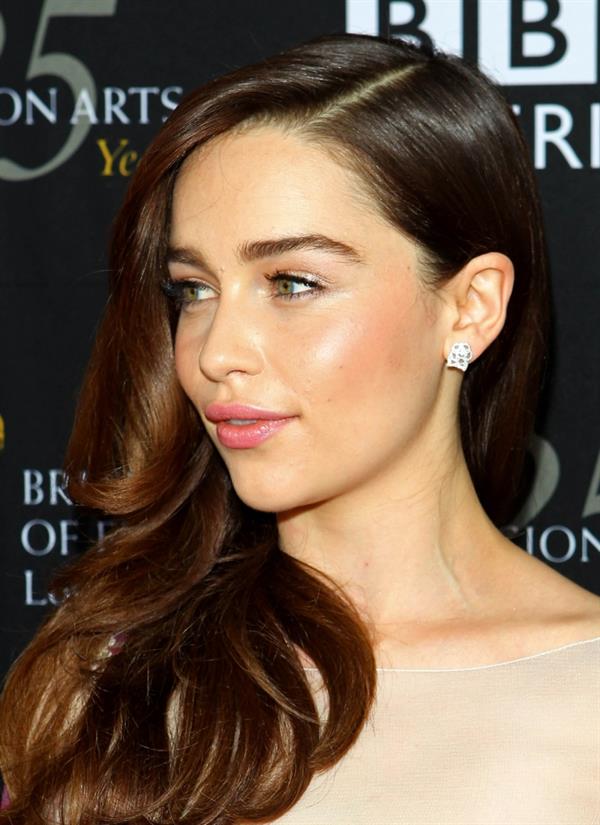 Her Beauty Routine Is All About Self Care

Emilia possesses one of the prettiest faces on the planet and we can’t just help but wonder on what her beauty secrets are. Well, there’s no big secret or mystery about it. For Emilia, her beauty routine is all about self care.

“I was really lucky; my mum always drilled it into me to cleanse, tone and moisturise, wear SPF, and don’t wear too much make-up – and your skin will be good,” Emilia told Harper’s Bazaar.
The actress also expressed the importance of the routines in cleansing, toning, and moisturizing.

“Those were the basics that I was brought up with. But what I found with my own way within it, is that I get really into the rituals and the routines of it. So the morning cleansing, toning and moisturising is like taking a bit of time to bring yourself into the day and have a little breath – which I do really like.”

“But it definitely takes more confidence to wear less make-up,” the actress continued. “And so, to wear less and less is nice because when you do then whack a load on again it’s like ‘ooh this is fabulous’, but then you feel cool not to. It’s not like when you’ve got your first boyfriend and you’re sneaking out of bed to put more mascara on to go back to bed, like ‘I just woke up this fresh with minty breath!’ – it’s not like that anymore!” 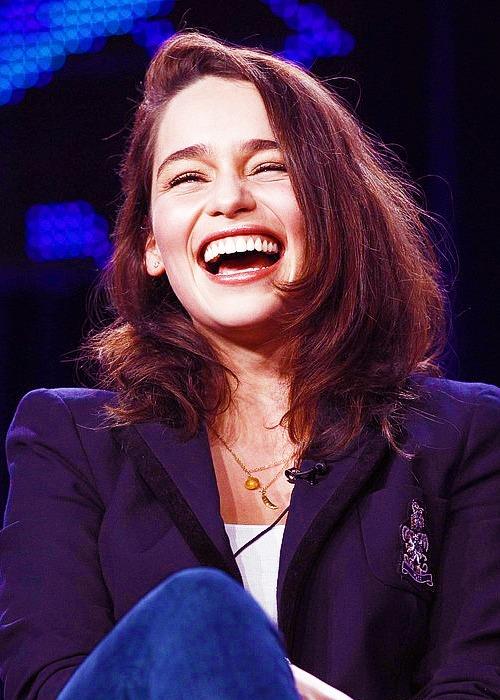 She Loves Her Blonde Wig

Emilia loves her blonde wig. She actually admitted that she tried to take her wig off of the set with her. But she was not allowed to take it with her by the producers. And she’s disappointed that she has to take the wig off.

She told Allure, “Every time I put it on it’s fun and it feels wonderful, and I think, Oh, I’m gonna dye my hair blonde and it’s gonna be great. And then we finish filming and I’m like, ‘Take it off!’ But it’s fun getting to be a blonde.”

She also told GQ about her obsession with the wig. She said, ‘’I keep asking to go out with the wig at night, but they insist there’s no way.

“They won’t let me go partying with it on! I would be killed on the spot. “It’s silly to say, but when I take the wig off at the end of the day, I’m rather disappointed when I look in the mirror.” 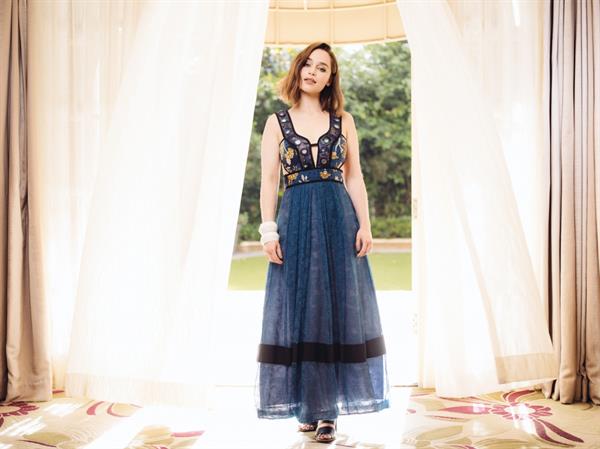 She Managed To Get Unnoticed Because Her Natural Hair Is Dark

For a long time, Emilia managed to go unrecognized because her natural hair is so different from Daenery’s hair.

“I don’t get recognized, truly,” she told Conan O’Brien in April 2016. “I’ll be walking with Kit Harington, who plays Jon Snow, or Gwen [Christie], who plays Brienne of Tarth, and people will be like, ‘Can you take this picture for us?’ And I’m like, ‘Sure! Definitely I can!'” 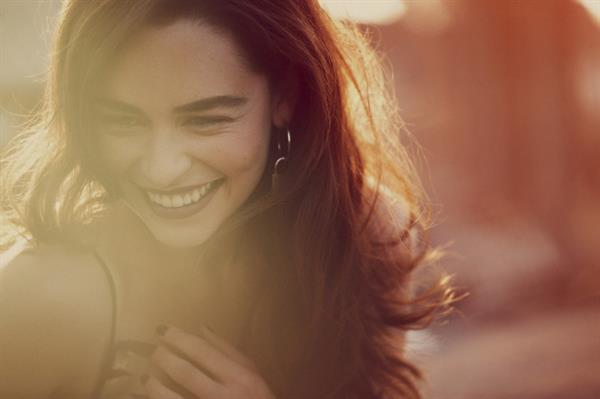 She Appeared In Solo: A Star Wars Story

Emilia appeared in the 2018 movie Solo: A Star Wars Story. She played as Qi’ra and Emilia said that this role is pretty similar to her role in the Game of Thrones.

“They are both very powerful women, and they’re both survivors,” the actress told InStyle.

“There’s a kind of need in them to keep moving forward in a world that maybe otherwise would reject that [from] a woman.”

Although these characters are similar in some ways, she still tried to do them differently.

She continued, “I try to do different things in both projects. And I think that on paper they’re quite different. So whilst I’ll be bringing similarities [to both characters] I didn’t really lean on one for the other.” 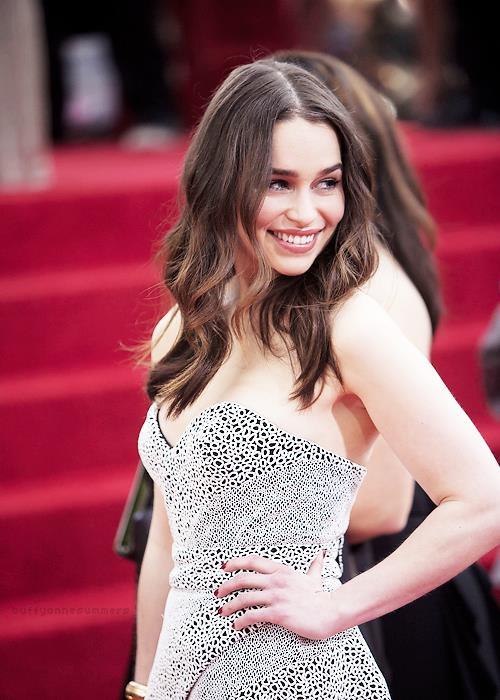 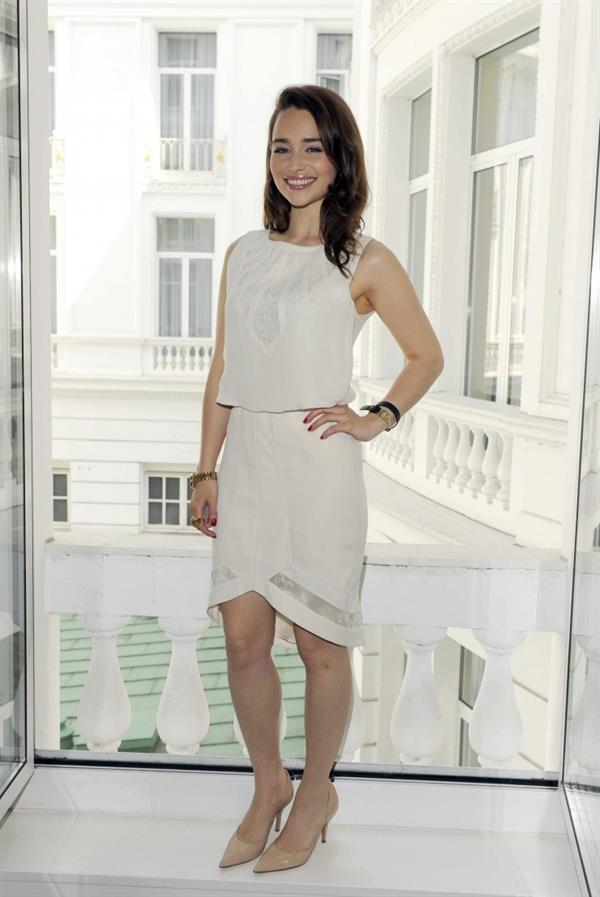 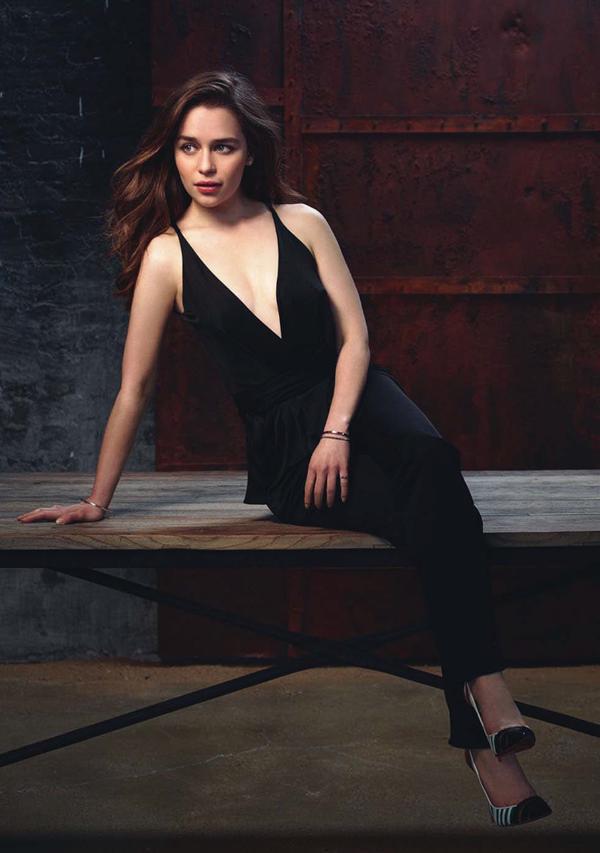 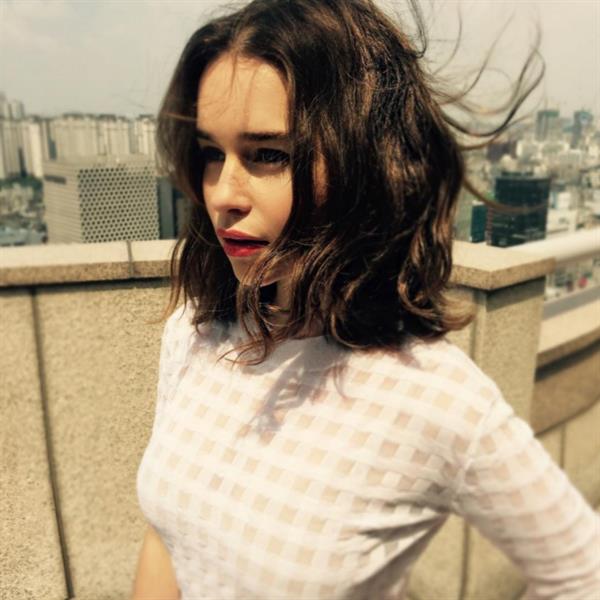 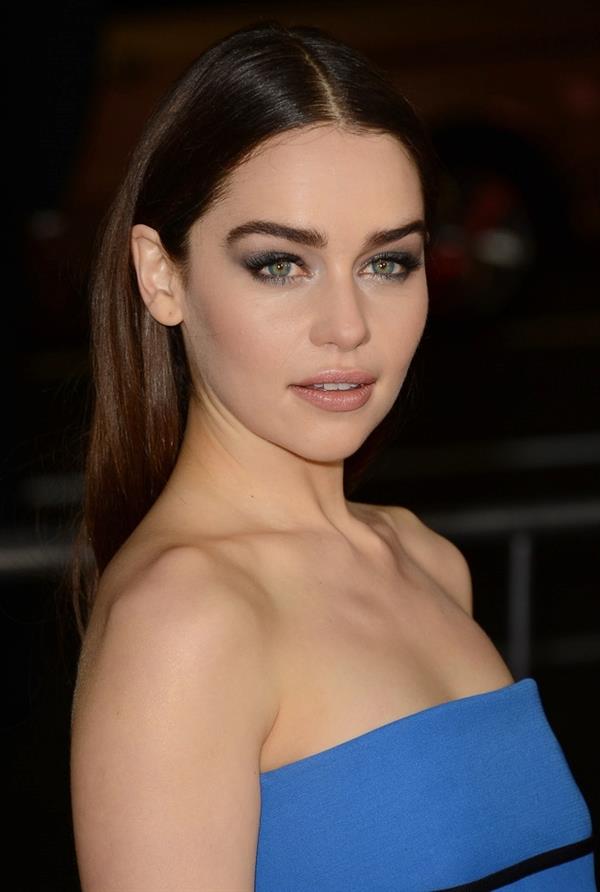 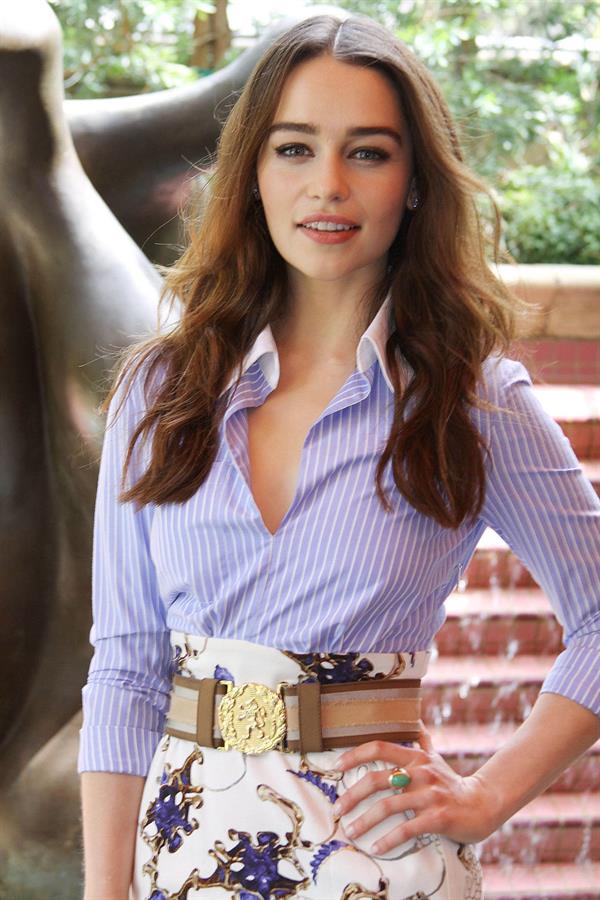