Annabelle Wallis looks like royalty.  Really.  And a hot one.  Oh yes, I know what you’re thinking.  Time to put on that “I am a knight” fantasy cap, eh?  Well, yeah, you could do that and dream about how you would serve or protect or save this world-class beauty here. 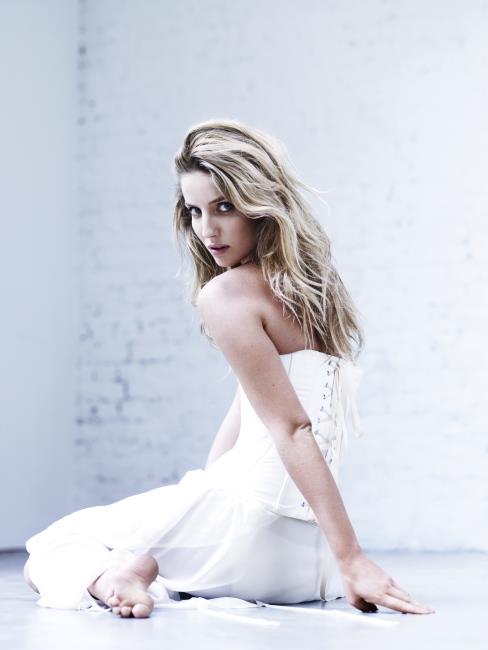 Annabelle is so gorgeous that her face alone is enough to stop you on your tracks.  And by that I mean, making your PowerPoint for tomorrow.

Who is Annabelle Wallis?

Annabelle is an English actress best known for her roles as Jane Seymour in Showtime’s period drama The Tudors (2009–2010), Grace Burgess in the BBC drama Peaky Blinders (2013–2019), Mia Form in the supernatural horror film Annabelle (2014), and Jenny Halsey in the supernatural adventure film The Mummy (2017).

She also played Amy in the film X-Men: First Class.

Annabelle Wallis was born on September 25, 1984.  She was born in Oxford, but spent much of her childhood in Cascais, Portugal, where her family emigrated when she was eighteen months old.

Her maternal great-uncle is actor Richard Harris.  On her father’s side, she is a descendant of English singer Marie Lloyd.  Her older brother, Francis Wallis, is a director and worked for fashion designer Michael Kors and singers Pixie Lott and Birdy. 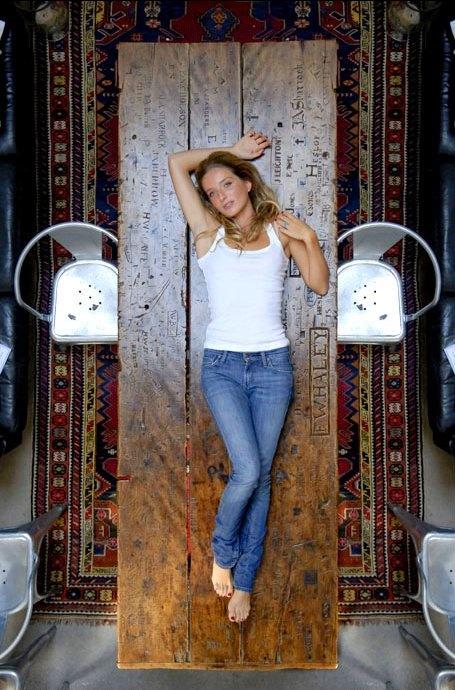 In Portugal, Annabelle appeared in several short films before she moved to London to pursue a career in film.  In London, she did some advertisements and looked into drama schools before ultimately deciding to find an agent.  She then made her debut in 2005 when she appeared in Dil Jo Bhi Kahey as Sophie and on television in an episode of Jericho called The Killing of Johnny Swan.

In television, her breakthrough was in season three of the Showtime drama series The Tudors (2009) as queen Jane Seymour where she replaced actress Anita Briem.  The succeeding years, she starred in the television film The Lost Future (2010) alongside Sam Claflin and in the ABC series Pan Am (2011).

In 2011, she was directed by Madonna in W.E.: Wallis & Edouard and had a small part in X-Men: First Class.  The following. year, she appeared in Jared Leto’s documentary, Artifact, and in Snow White and the Huntsman, but was not credited.  Annabelle then starred as Grace Burgess in the BBC drama Peaky Blinders, from 2013 to 2016.

In 2014, she joined The Conjuring Universe with the main part of the horror film Annabelle directed by John R. Leonetti and produced by James Wan.  Annabelle’s performance stood out and she was nominated at the 2015’s MTV Movie & TV Awards for Best Scared-As-S**t Performance.  She returned as Mia Form in Annabelle: Creation (2017).  In 2014, she portrayed Muriel Wright, the original Bond Girl, on the mini-series Fleming: The Man Who Would Be Bond alongside actor Dominic Cooper. 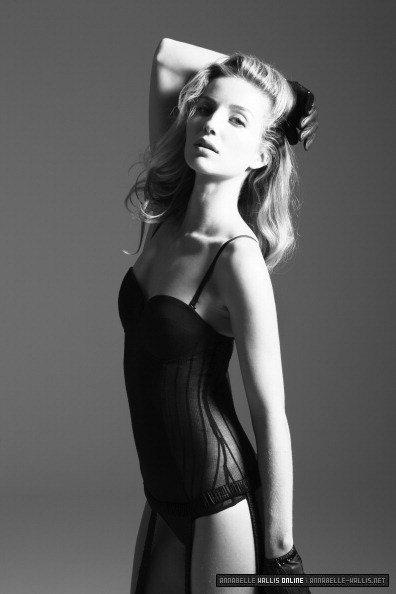 2016 saw her starring in the action-comedy film The Brothers Grimsby, the drama Come and Find Me, and the psychological thriller war film Mine.

In 2017, Annabelle joined the Dark Universe created by Universal Pictures and starred as archaeologist Jenny Halsey in The Mummy, a reboot of The Mummy franchise.  Annabelle did almost all of her stunts herself including a Zero-G scene that almost killed her.  The same year she joined Guy Ritchie’s King Arthur: Legend of the Sword.

In 2018, she landed a lead in the American comedy Tag as Rebecca Crosby.  Later that year, Annabelle reunited with film director Alex Kurtzman for an episode of Star Trek: Short Treks.  She lends her voice to an artificial intelligence called Zora.

In April 2018, she was announced to be Cartier’s ambassador for jewelry and the new face of the Panthère de Cartier watch.

In 2019, Annabelle joined Showtime’s mini-series The Loudest Voice.  She portrays Laurie Luhn, Head of Booking at Fox News Channel and Roger Ailes’ long-time “mistress”.  Annabelle’s performance was praised and seen as a “heartbreakingly powerful work” according to the Chicago Sun Times.

Later that year, Annabelle reprised her role as Grace Shelby in the fifth season of Peaky Blinders.  She joined the science fiction action film Boss Level directed by Joe Carnahan, starring Frank Grillo and Mel Gibson and was announced as a lead in Agata Alexander’s science fiction thriller Warning. 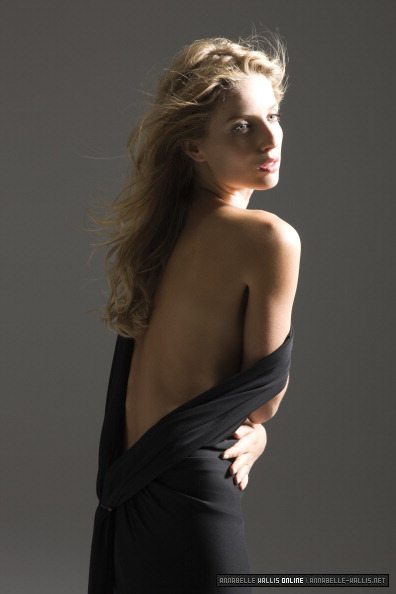 In February 2019, she landed the role of Sheriff Alice Gustafson in Robin Pront’s thriller The Silencing.  The film was supposed to premiere at the South by Southwest festival in March 2020 but it was canceled due to the COVID-19 pandemic.  The film will premiere on DirecTV on July 16 and will be available on digital and on-demand on August 14.

The following year, Annabelle starred as Princess Buttercup in The Princess Bride for Quibi to raise money for World Central Kitchen.

Annable is good friends with her The Tudors co-star Jonathan Rhys Meyers.  She briefly dated musician Chris Martin in 2016. She then began dating actor Chris Pine in 2018.

Annabelle stars in James Wan’s horror film Malignant.  Scheduled by Warner Bros to premiere in August 2020, the release was postponed to an unknown date due to the COVID-19 pandemic.

In February 2020, right before the lockdown ordered by the United Kingdom due to the pandemic, she finalized the filming of the Christmas comedy Silent Night. 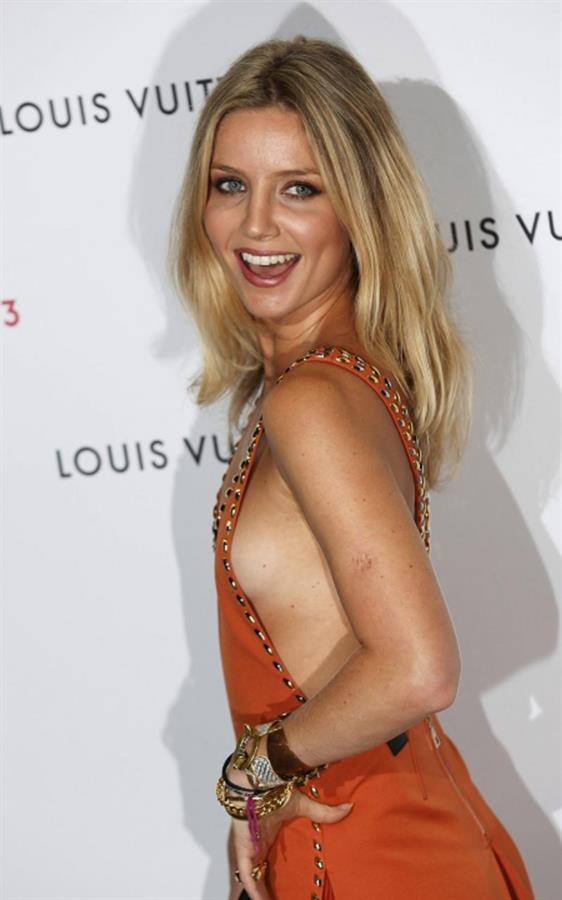 Annabelle is a feminist and in February 2018, she attended the Letters Live event curated by Net-à-Porter in Los Angeles where she read a letter from suffragette Emmeline Pankhurst.  The money raised was donated to Women for Women International.

She spoke up against Brexit and in June 2018, she participated in the #DontFuckMyFuture campaign to conscientise young people and encourage them to vote against the withdrawal of the United Kingdom from the European Union.

Annabelle supports Save The Children and participated in the Christmas Jumper’s campaign in November 2018. She is committed to the NGO Help Refugees and their project Choose Love which provides humanitarian aid to refugees around the world and advocates for them.  She attended the launch of the Choose Love’s store in Los Angeles in December 2019. 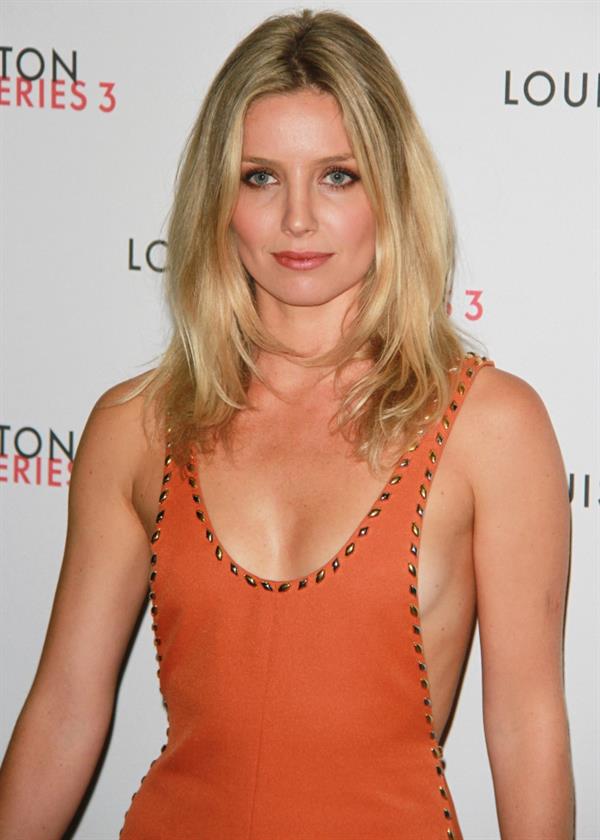 In April 2020, during the COVID-19 pandemic, Annabelle teamed up with her friend, fashion designer Georgia Hardinge, to raise funds for the charity Age UK. Along with other celebrities, Annabelle joined the movement #SaveWithStories in partnership with Save The Children and No Kid Hungry.  The movement aims at providing fun and education to kids and parents stuck at home during the pandemic.  The donations made to #SaveWithStories will help children and families most affected by the COVID-19 crisis around the world by providing them with food, access to early learning resources, and household goods. 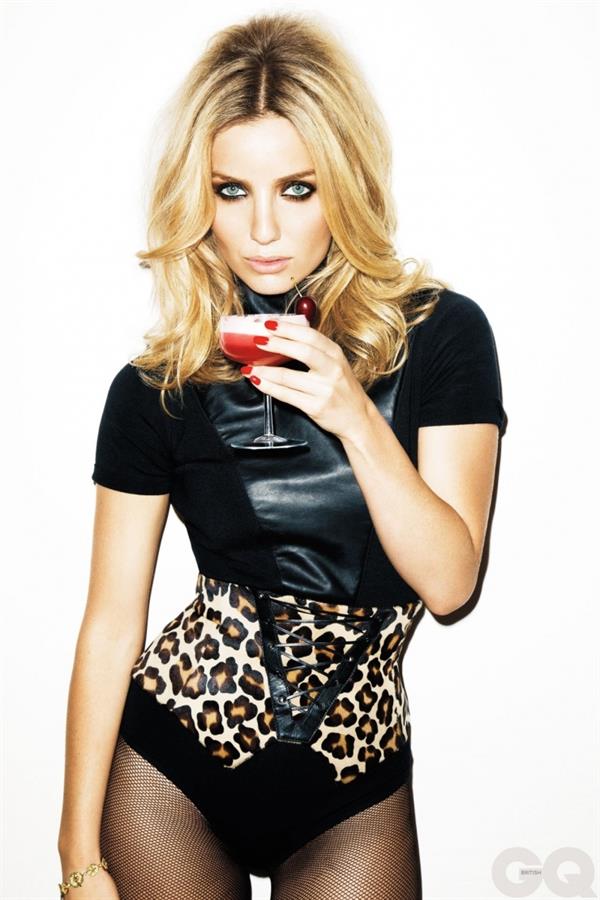 Follow Annabelle on Instagram for her latest lifestyle shots.
Also, do check out our Annabelle Wallis page for more of her. 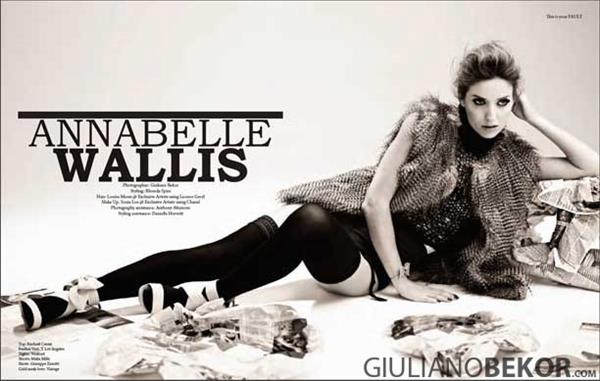 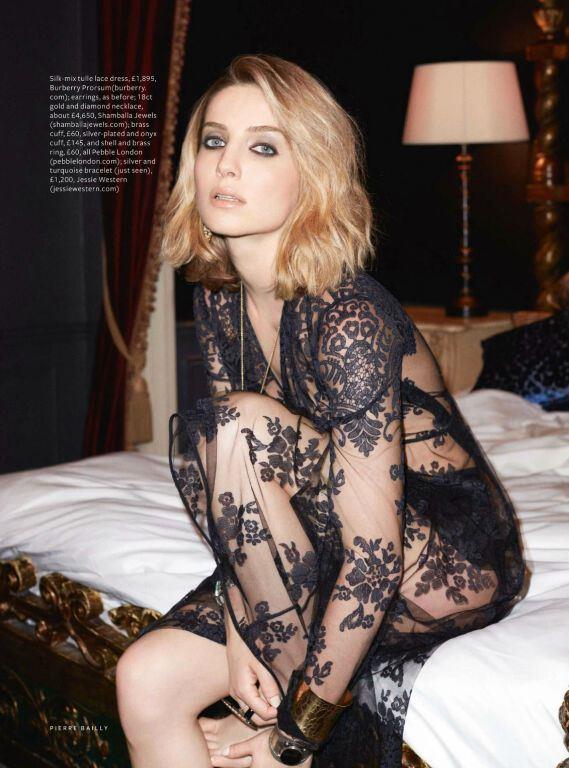 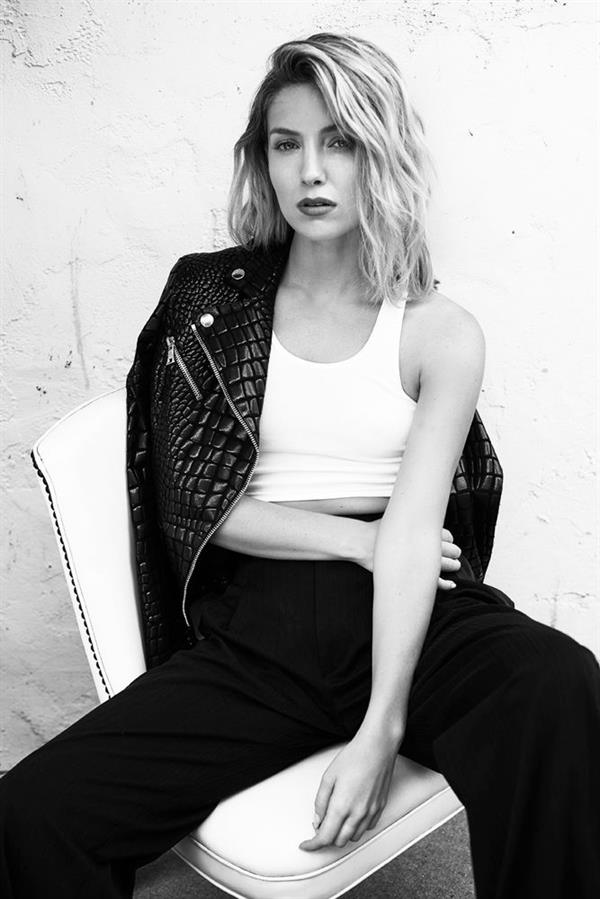 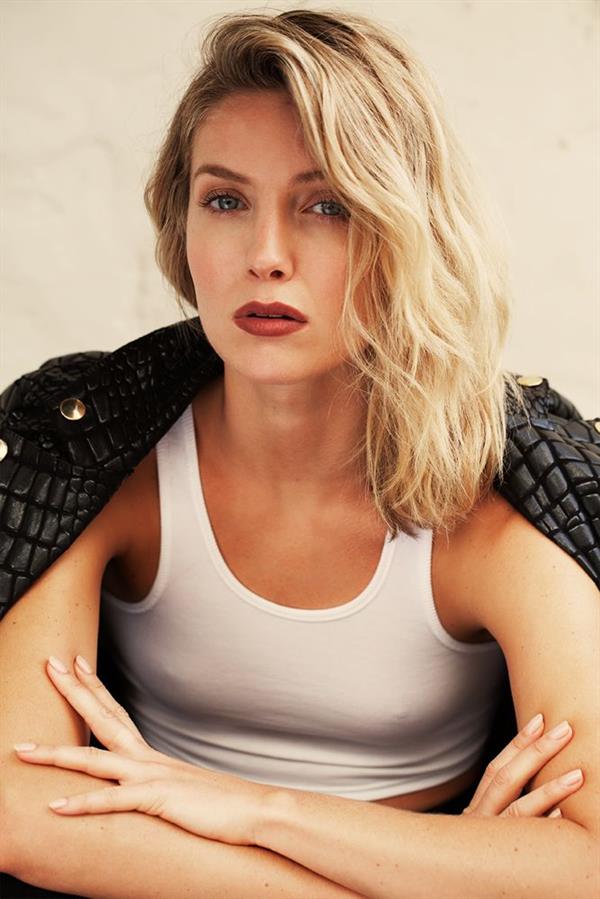 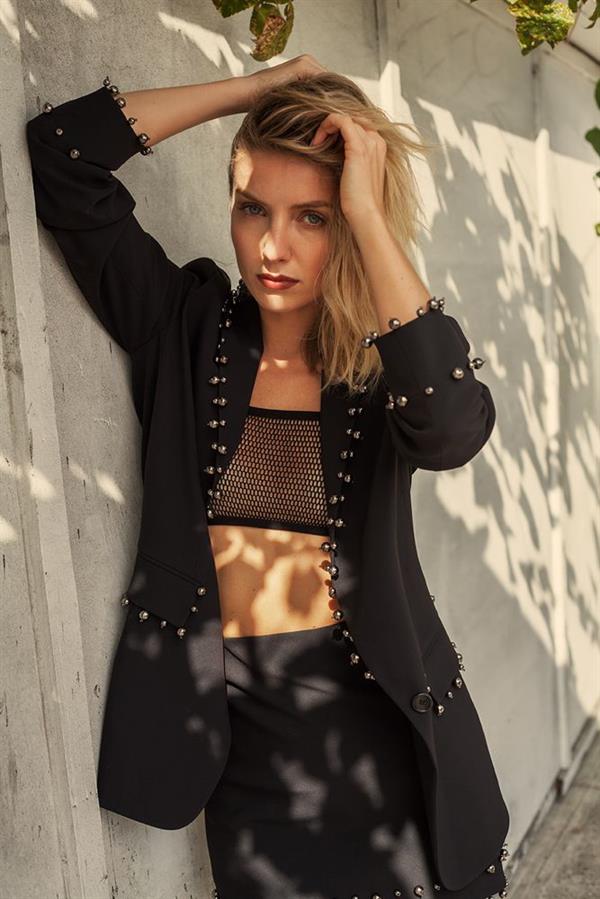 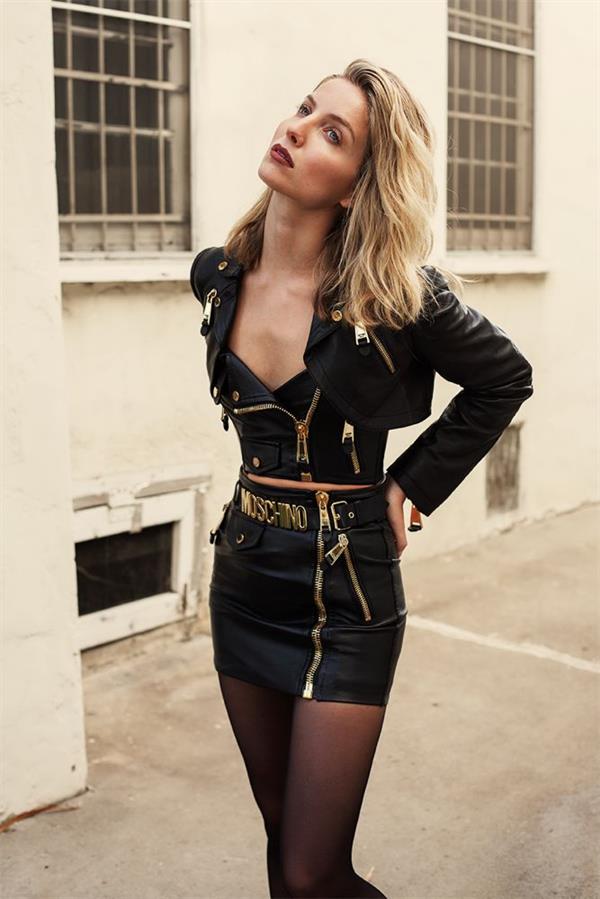