Michelle Keegan has got that summery look that one can’t just resist.  You know…  The calling of the beach; the ogling of the sun-kissed bodies, the booze and the hammock, and the hot sand stuck between your toes.  Man, she would also remind you of your sexual prime because…  Oh, just look at that hotness she possesses. 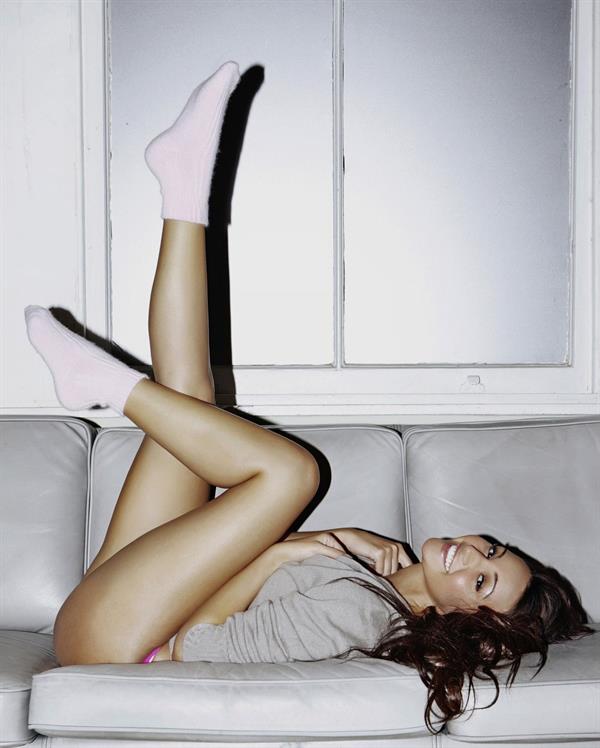 We’d sure like to run across her if not for this pandemic.  Okay, even if it’s not her.  Just someone with a tiny resemblance.  Please universe.  But for now, this article.

Who is Michelle Keegan?

Michelle is an English actress most famous for her portrayal of ‘Tina McIntyre’ in the ‘ITV’ soap opera ‘Coronation Street.’  She played the character for six years and gradually became a household name in the UK.  She has also appeared in BBC’s Ordinary Lies as Tracy in 2015 and starred in Our Girl in 2016. 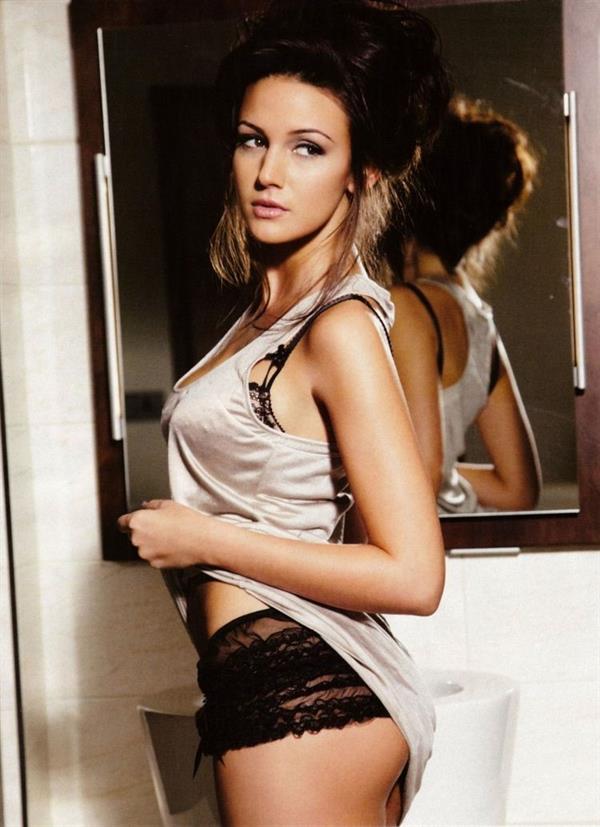 Michelle Elizabeth Keegan was born on June 3, 1987, in Stockport, Greater Manchester.  Her father, Michael Keegan, is English, while her mother, Jacqueline Keegan, has her roots in Gibraltar.  She has a brother, Andrew Michael Keegan, and a sister, Nichola Corfield.  Michelle attended the ‘St. Patrick’s Roman Catholic High School’ in Eccles. She then enrolled at the ‘Manchester School of Acting.’ 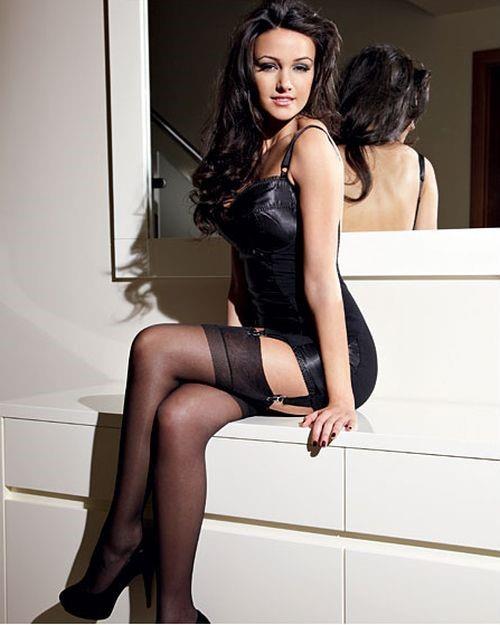 Michelle worked at the department store ‘Selfridges,’ before starting her acting career.  She worked as a check-in agent at ‘Manchester Airport,’ too.

In 2007, Michel made her acting debut with the role of ‘Tina McIntyre’ in the series ‘Coronation Street.’  She was selected from about 900 people who had auditioned for the role.  The following year, Michelle appeared in the ‘direct-to-video’ movie ‘Coronation Street: Out of Africa.’  The movie was shot in South Africa.  It showed the characters from the series visiting a luxury resort in South Africa.

In 2009, Michelle made her debut on radio, co-hosting ‘The Official Chart’ on ‘BBC Radio 1.’  That same year, she appeared as herself in the miniseries ‘Red Dwarf: Back to Earth,’ telecast on ‘Dave.’

In January 2011, Michelle appeared on the cover of the men’s magazine ‘FHM.’  She was placed at the thirtieth position on the ‘100 Sexiest Women’ list, based on a poll conducted by the magazine in 2010.  Also in 2011, she was ranked twenty-sixth in the same poll.  In 2013, Michelle Keegan appeared on the cover of ‘FHM’ again and was ranked fourth in the ‘Sexiest Women’ poll.

Also in 2013, Michelle decided to part ways with ‘Coronation Street’.  Her character was eventually murdered. Michelle then became a part of a European tour of Peter Pan as Tinkerbell in 2014.

In 2015, Michelle Keegan got the first position and won the title of the ‘Sexiest Woman in the World.’  She also appeared as ‘Tracy’ in the ‘BBC’ drama series ‘Ordinary Lies’ in the same year.  The following year, she played the guest role of ‘Ursula’ in the ‘ITV2’ comedy series ‘Plebs’ and appeared as a celebrity contestant on the game show ‘Crystal Maze.’ 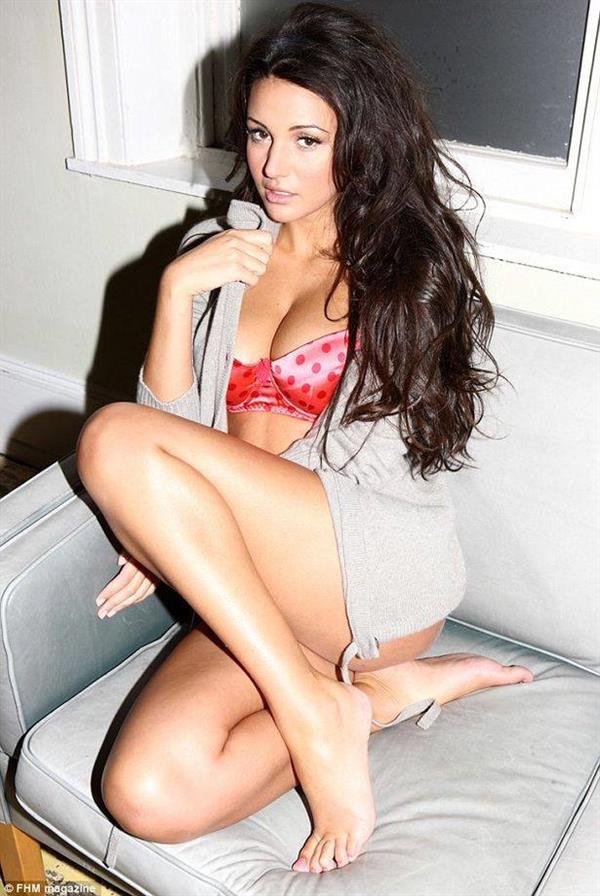 She was previously engaged to singer Max George.  They had met in 2010 and were in a relationship for two years. The couple called off their engagement in 2012. 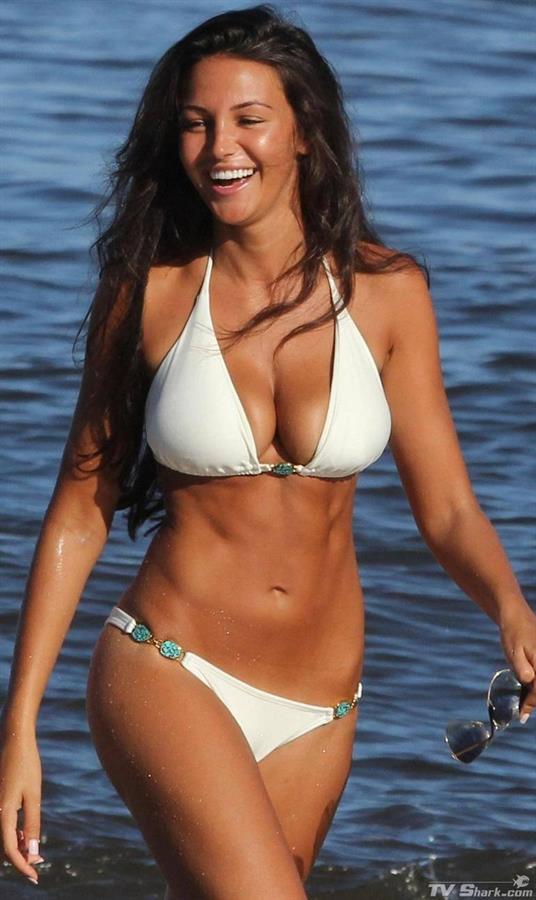 Michelle married actor and model Mark Wright in May 2015.  The couple got married after a courtship of two years. 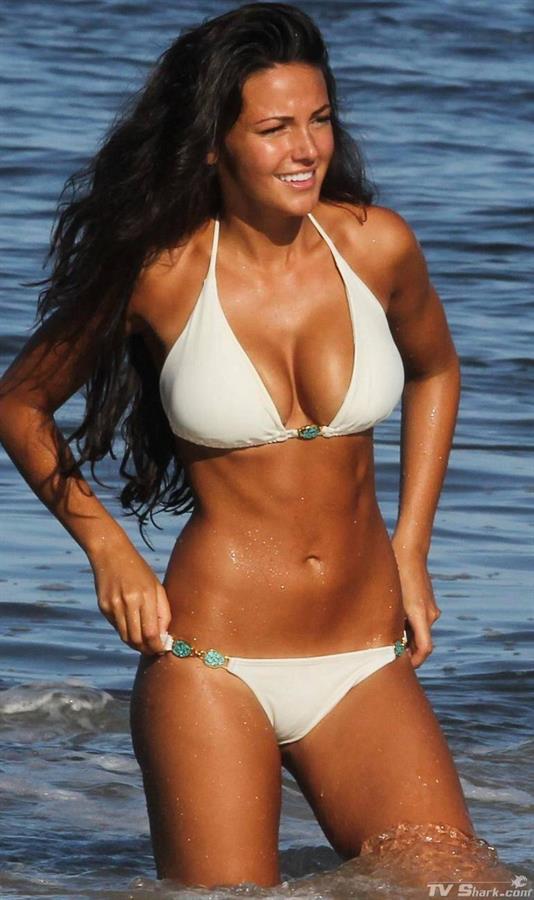 Join her over 4.6 million followers on Instagram for her latest pro modeling and lifestyle posts.
Also, don’t forget to visit our Michelle Keegan page for more of her sizzling shots. 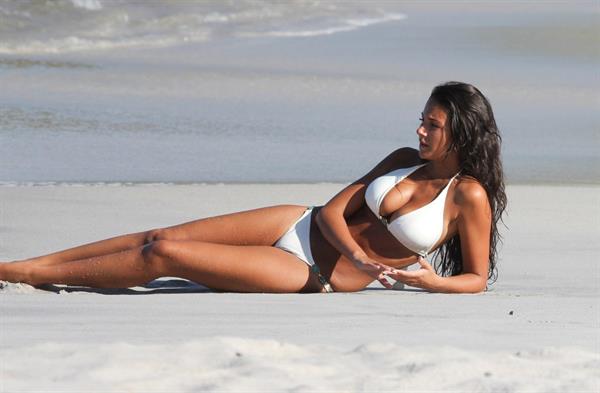 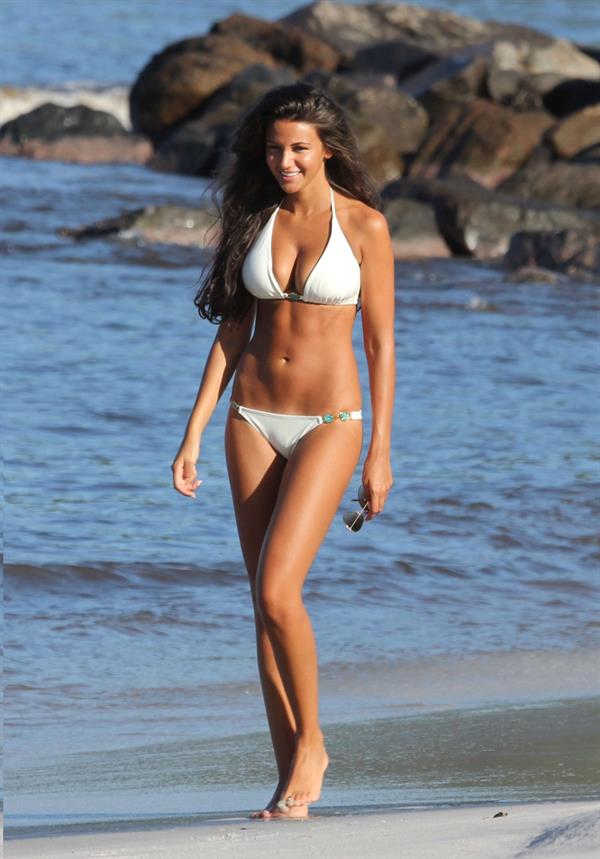 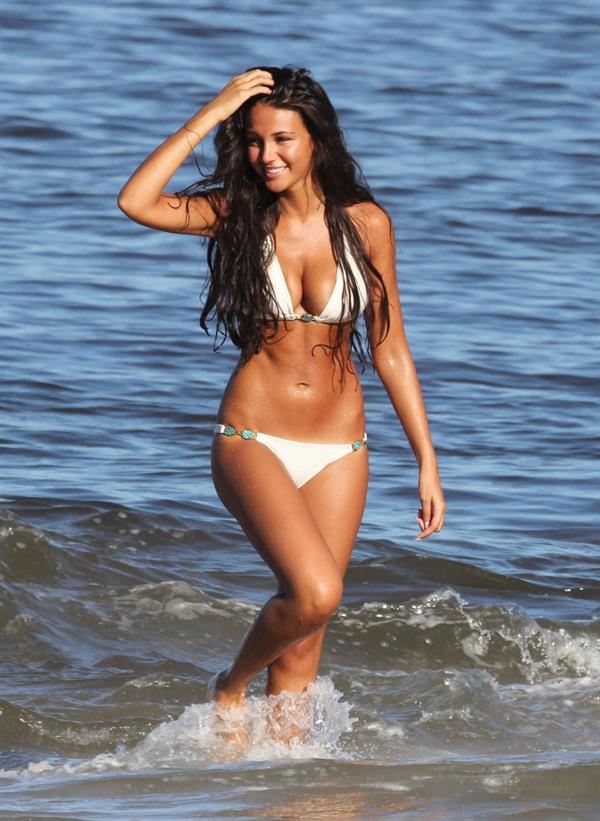 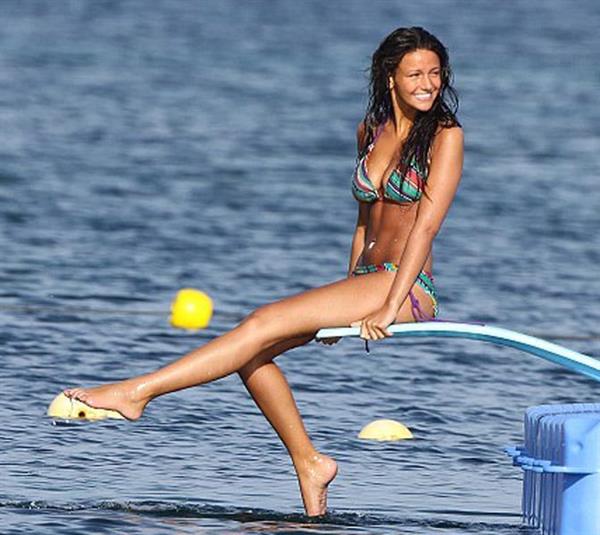 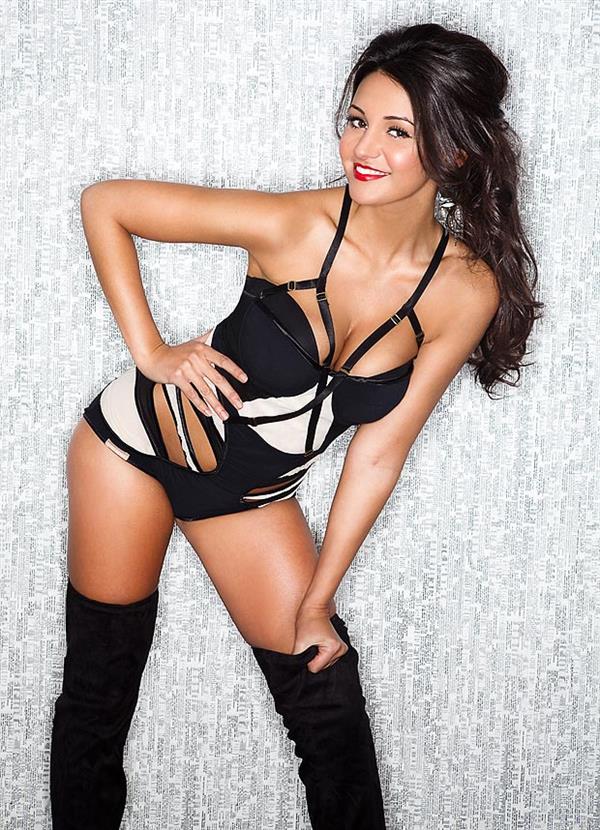 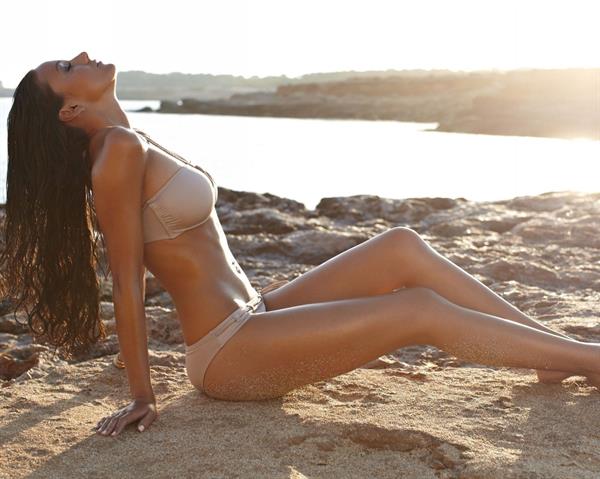 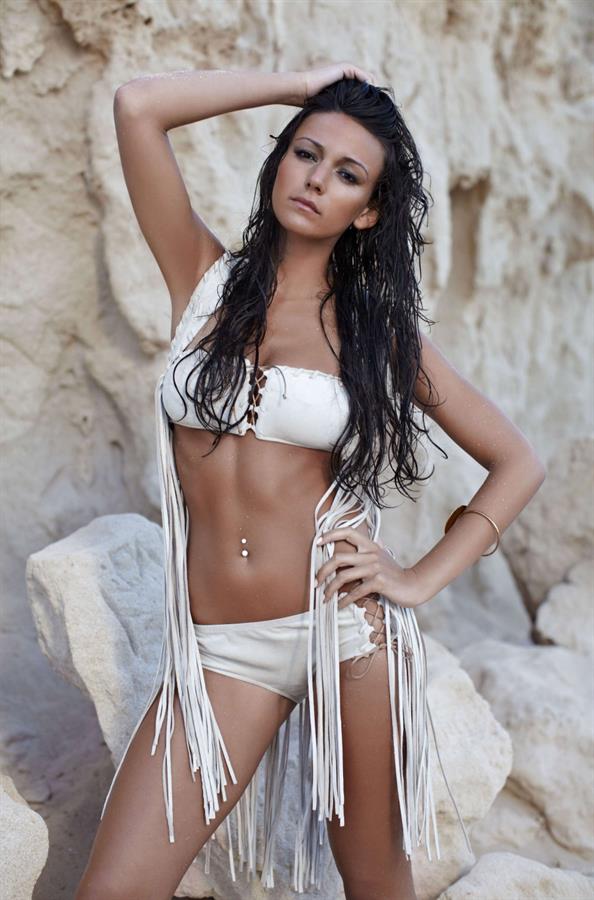 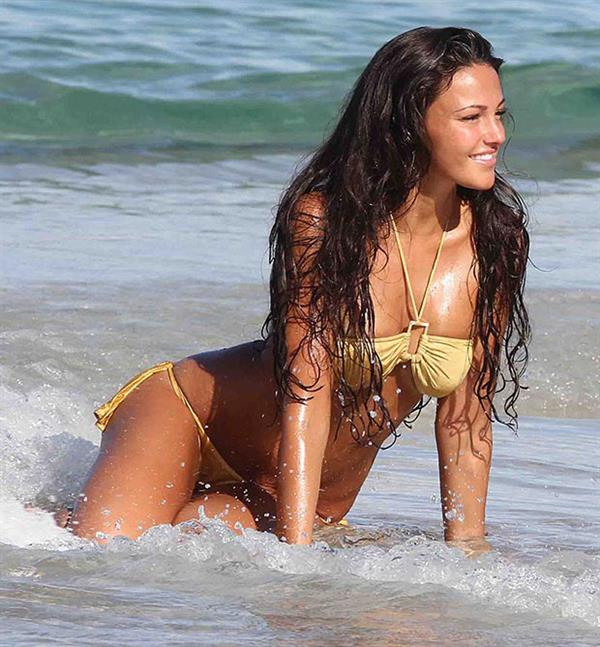 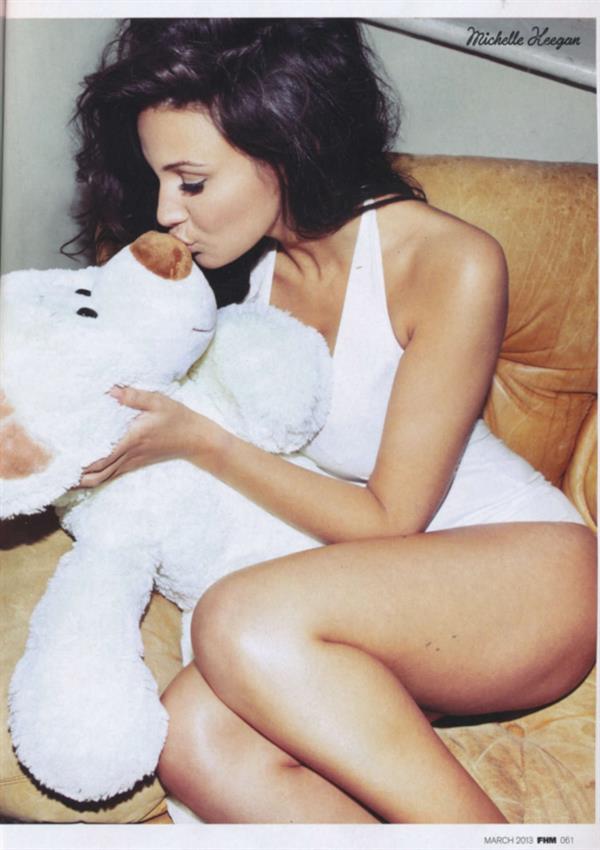