Our Timeless feature for this week is the super-hot Josie Maran.  Oh, we know that you might probably think that why are we only featuring her now.  Well, like we always say in our Timeless Tuesday features, we are not in a hurry to dish these babes out.  Such hotness deserves a good wait.  And yes, good (and hot) things come to those who wait. 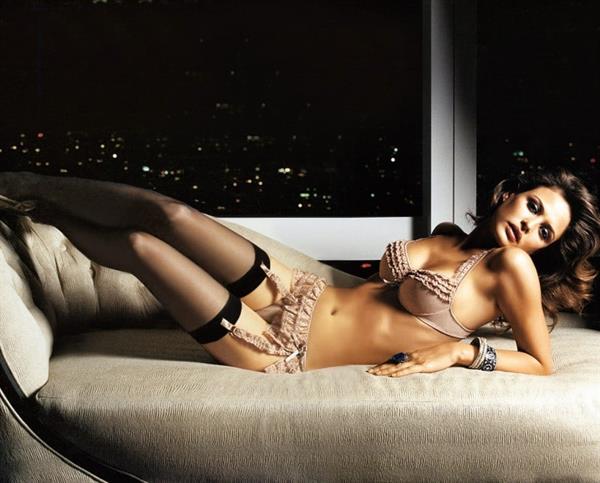 From high-end modeling to the silver screen.  Josie sure knows how to grab a spectator’s attention by the balls.

Who is Josie Maran

For those who’ve been living under a rock, Josie is an American fashion model, actress, and entrepreneur.  She is most famous for her endless covers on magazines like Glamour and Elle.  She also has her own line of products called Josie Maran Cosmetics. 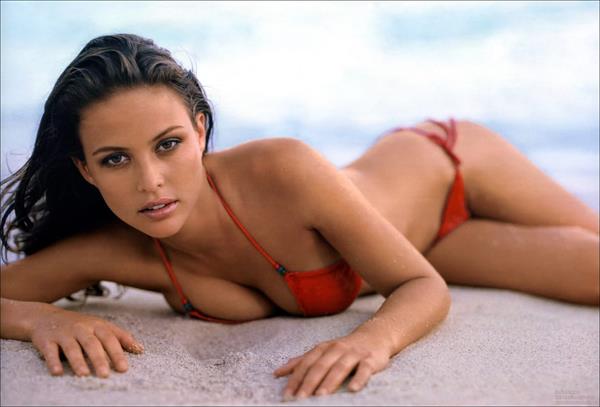 Johanna Selhorst Maran was born on May 8, 1978, in Menlo Park, Northern California.  Her father is of Russian Jewish descent, and her mother has Dutch, French, and German ancestry.  She attended Castilleja School, an all-girls school in Palo Alto, California from grades 6 to 12 and she aspired to become a model at a young age. 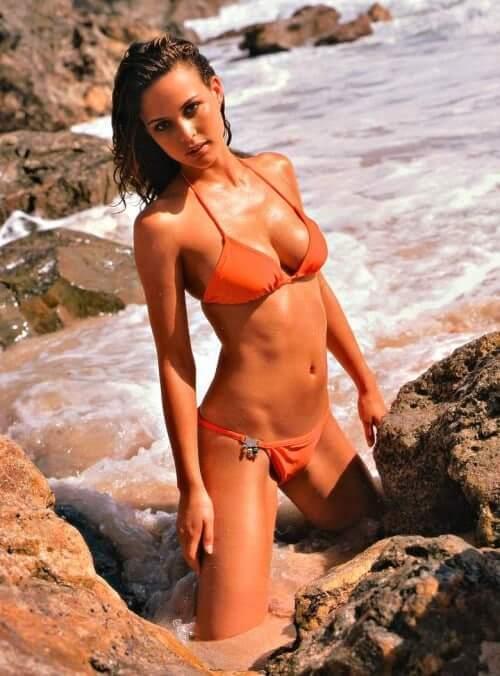 At the age of 12, while attending a barbecue, a woman asked Josie to be in a San Francisco fashion show.  And then a modeling agent at the show saw her and encouraged her to begin modeling. 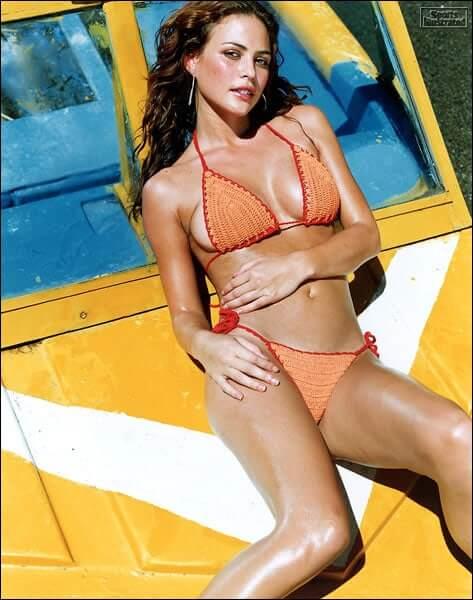 Signed at age 17 with the Elite modeling agency of Los Angeles, Josie appeared on her first cover with Glamour magazine in 1998; she was then the featured Guess? Girl in their summer 1998 and fall 1998 campaigns.  After building a résumé of over 25 commercials and advertisements, including playing Howie D’s companion in the music video of Backstreet Boys hit Everybody (Backstreet’s Back), in which she was bitten on the neck by Count Dracula (played by Howie D), Josie moved to join with Elite in New York City.  Her most prestigious professional contract to date is with Maybelline International as their spokesmodel in 1999, where she has appeared in numerous ads and commercials.  Josie then appeared in the annual Sports Illustrated Swimsuit Issue for three consecutive years: from 2000 to 2002.

In 2001, Josie appeared in an independent film, as title character Mallory in The Mallory Effect.  Josie followed this by appearing as Susan in Swatters in 2002.  In 2004, she appeared in three films – as a French model in Little Black Book, as one of Dracula’s brides, Marishka, in Van Helsing, and briefly as a cigarette girl in The Aviator.  Josie appeared in a short film “The Confession” alongside Wentworth Miller in 2005, and as Kira Hayden in The Gravedancers in 2006. 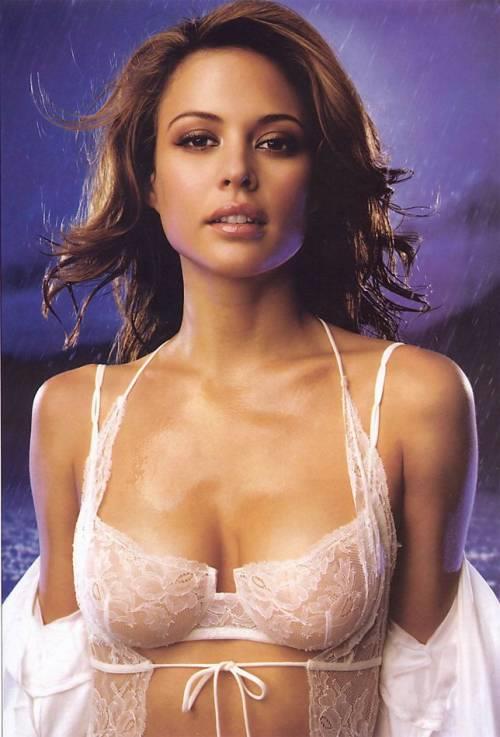 “When I was younger, I wanted to be a sex therapist – a hipper Dr. Ruth. I’ve never had a boring conversation about sex. When you talk about sex, people come alive. My friends told me, `You know, guys are going to come to talk about their wives, but then they’re going to want to sleep with you.’ I figured I’d just wear a bag over my head.”

In 1990, an appendectomy left Josie with a noticeable scar that is typically edited out of photos.

Josie competed in Dancing with the Stars in 2007 but was the first celebrity eliminated from the competition.  Prior to this, she had a long-term relationship with magician David Blaine.

In June 2007, Maran launched her own natural cosmetics product line, named Josie Maran Cosmetics.  The company motto is “luxury with a conscience” and the main ingredient of the skincare and cosmetics is fair trade argan oil, grown and harvested by co-ops of Moroccan women.  Josie Maran cosmetics are sold on QVC and at Sephora. 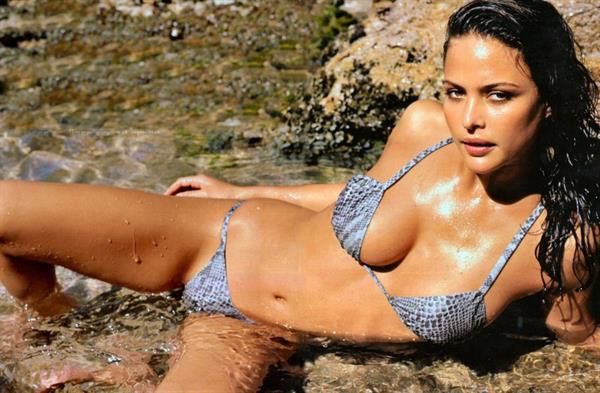 Her interest in music led her to play casually in two bands: Darling, with socialite Nicole Richie, and Hollywood 2000, where she sang and played the violin. 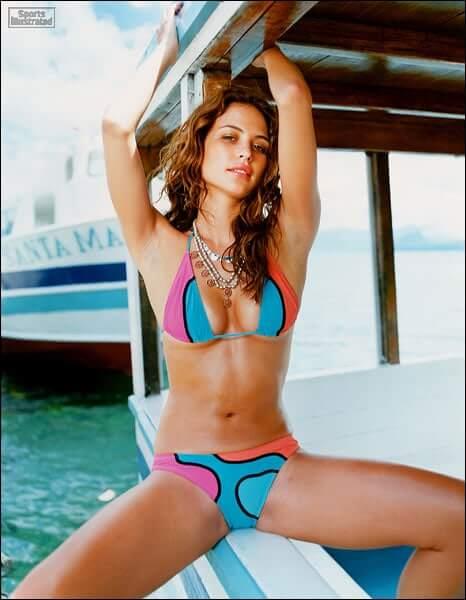 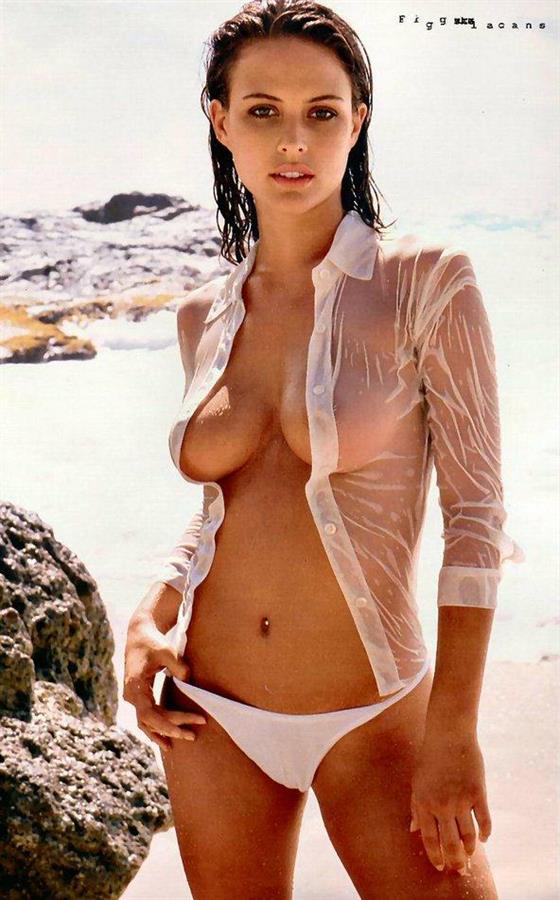 Follow Josie on Instagram for her latest lifestyle posts.
Also, do visit our Josie Maran page for more her pictures.
And we got a few of her nudes here that we know you’ll just love. 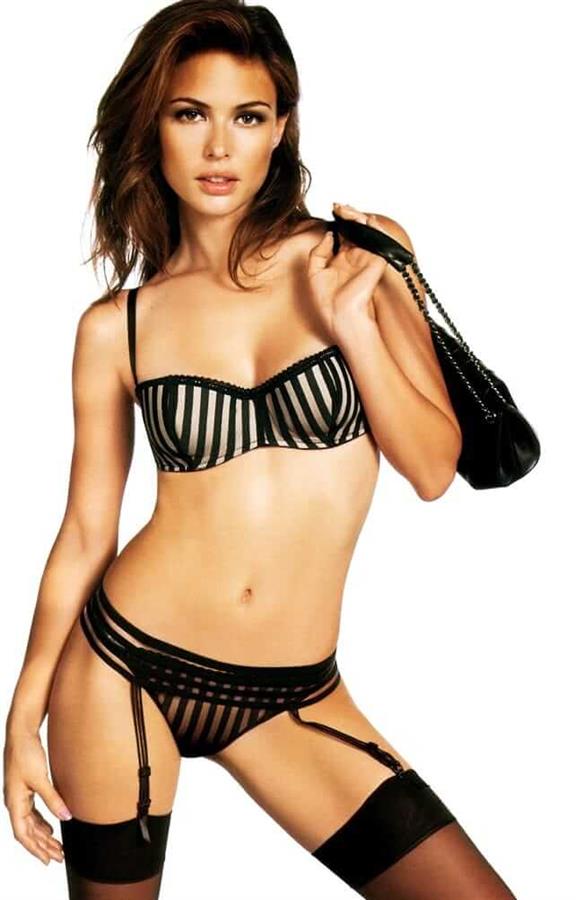 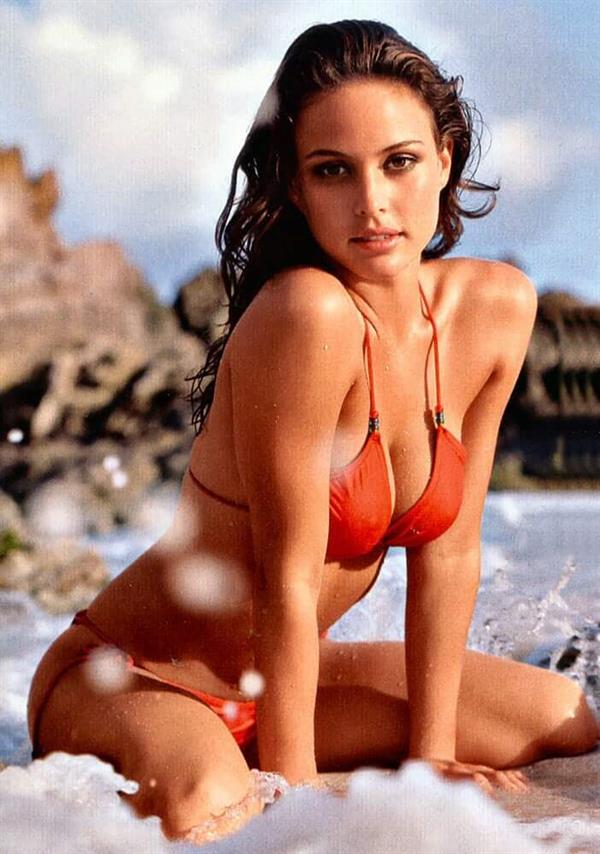 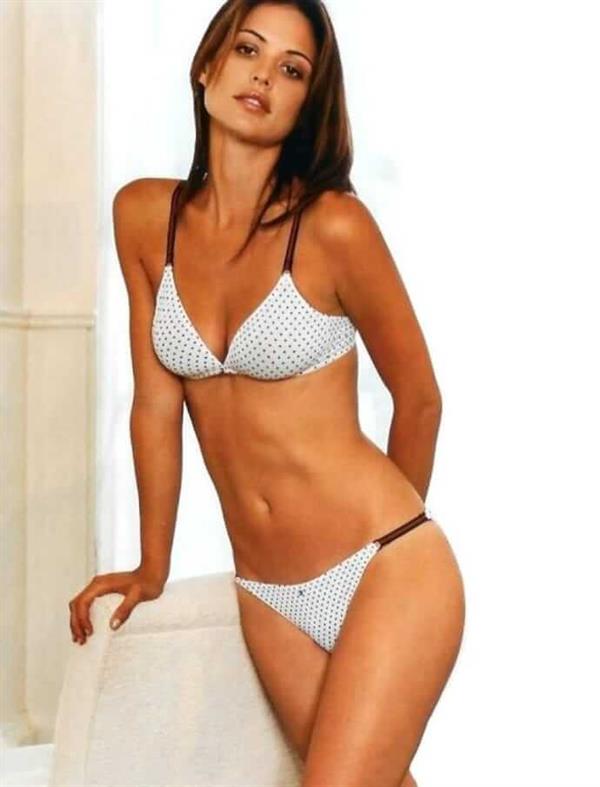 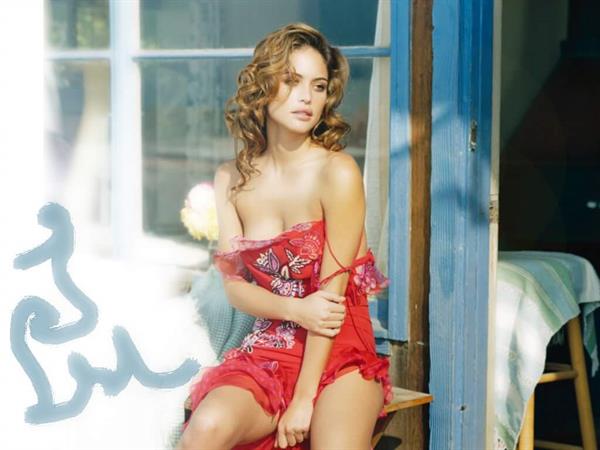 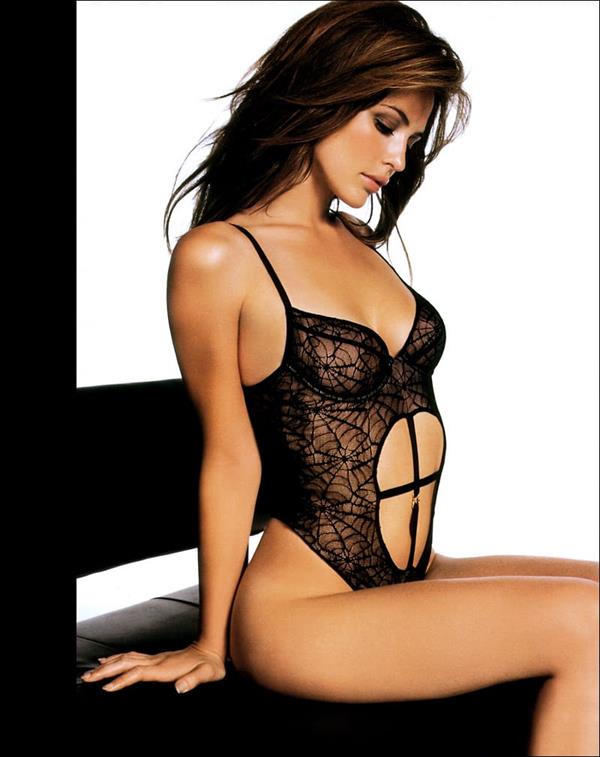 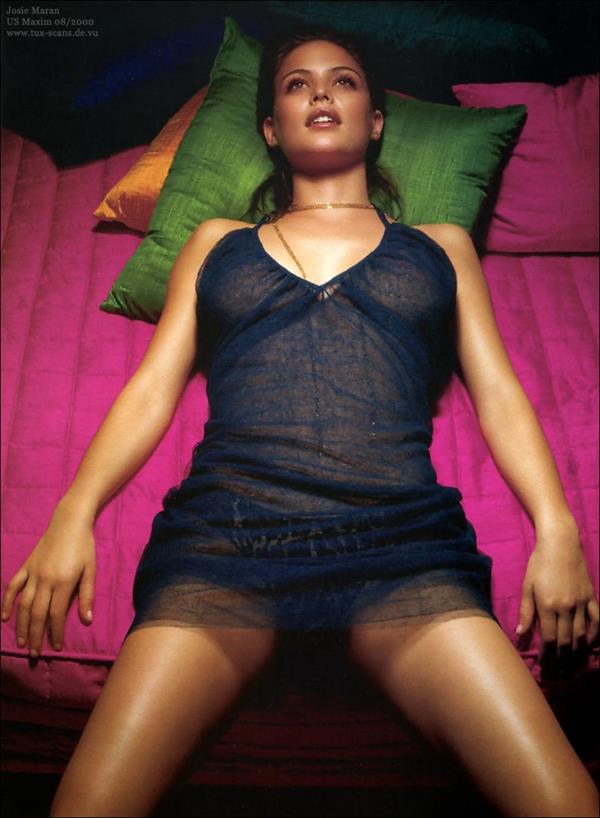 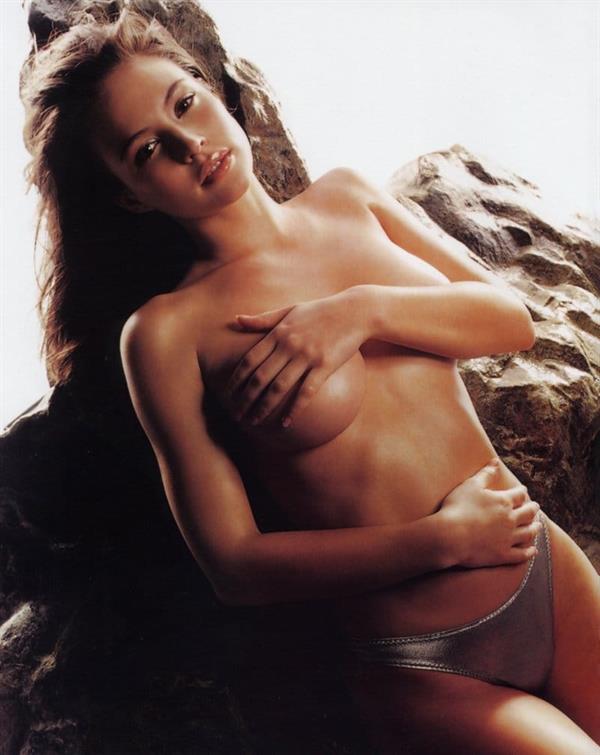 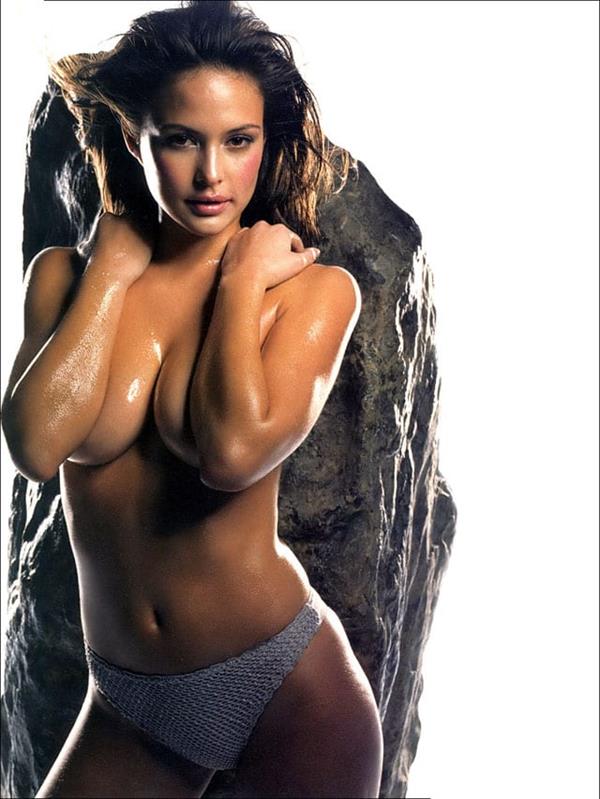 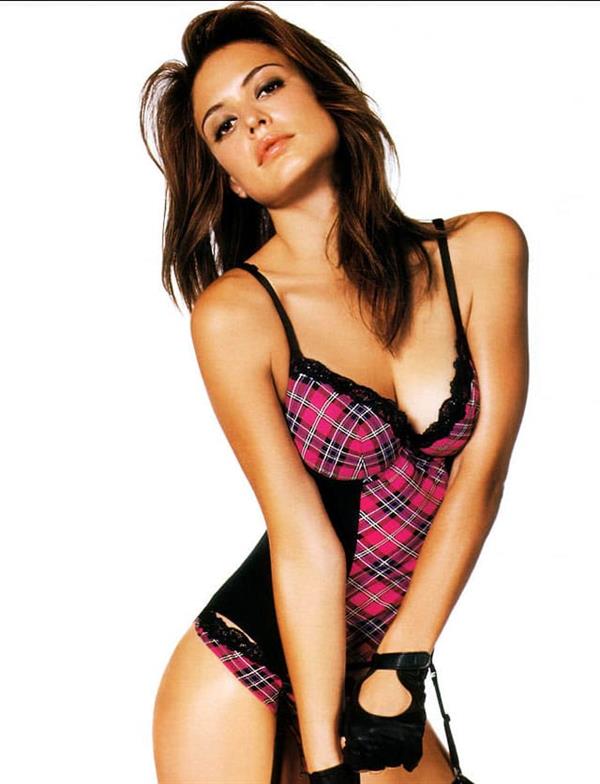 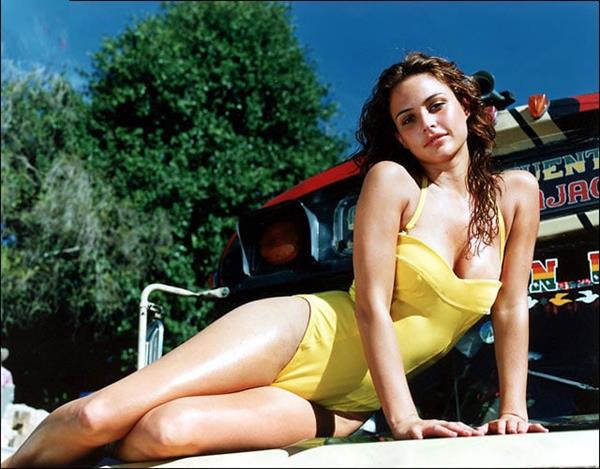 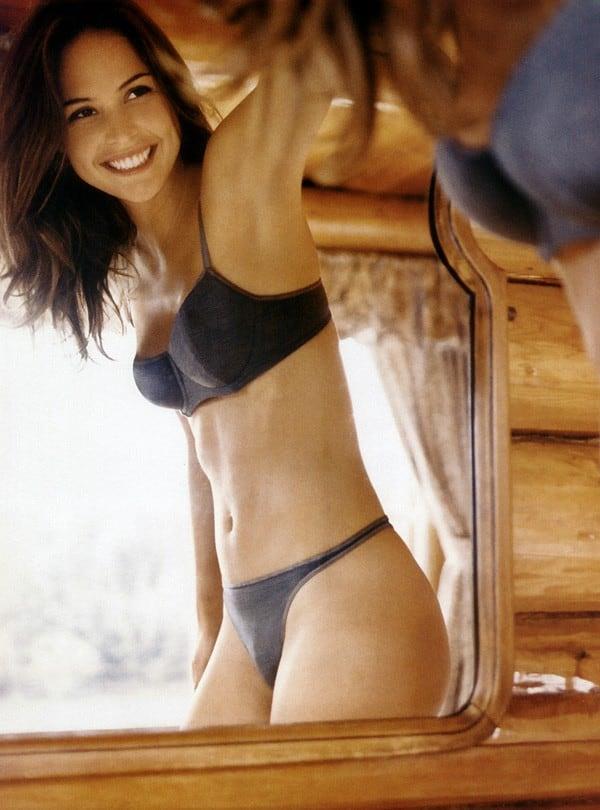 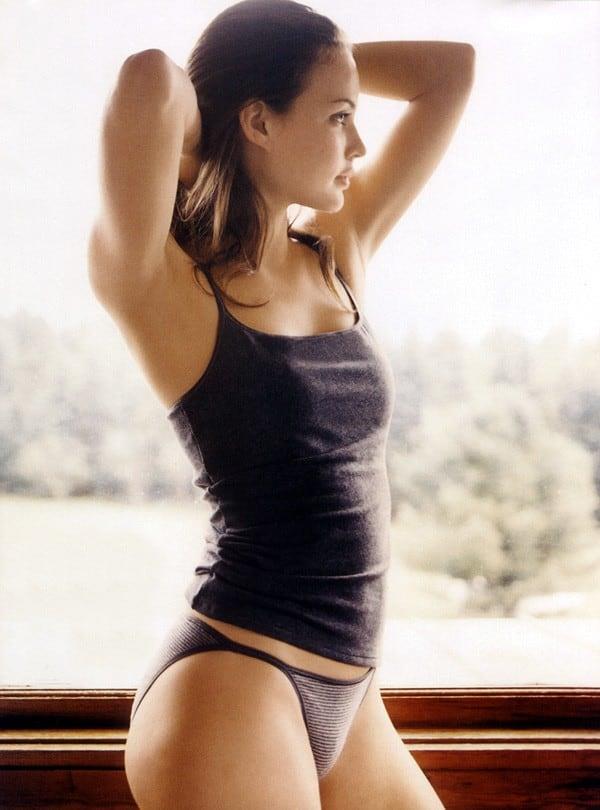 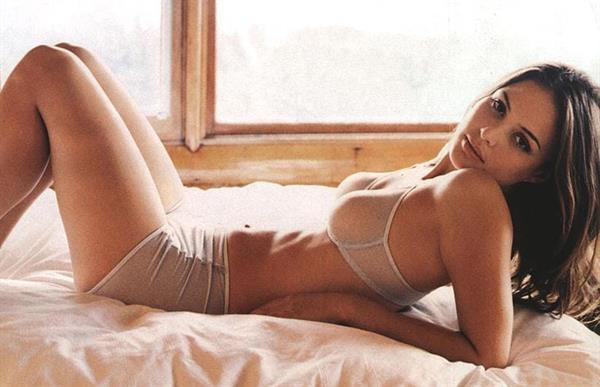 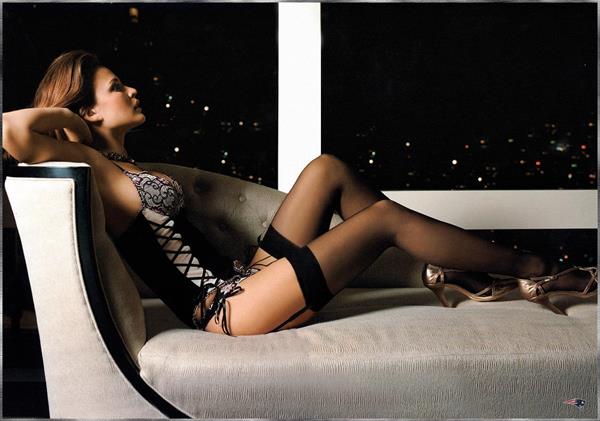 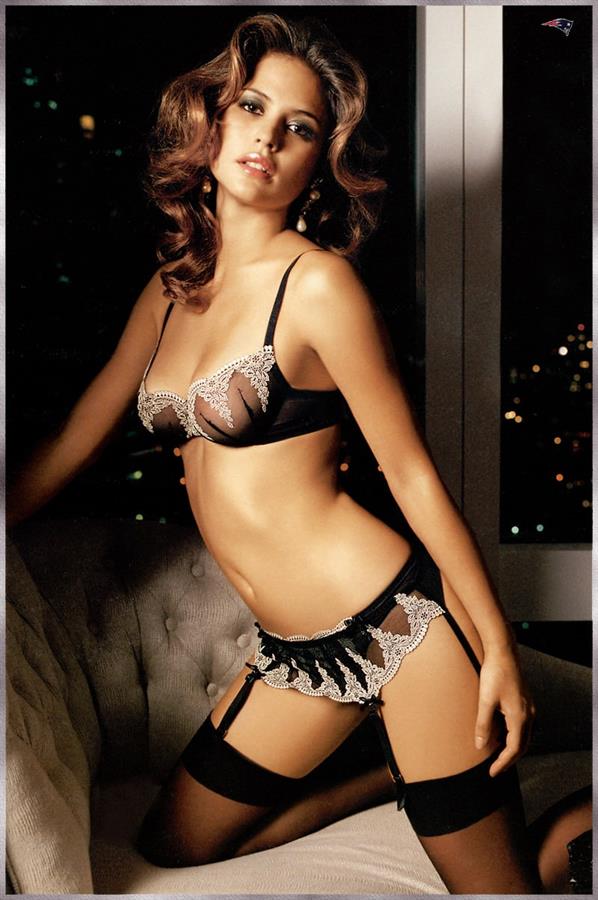 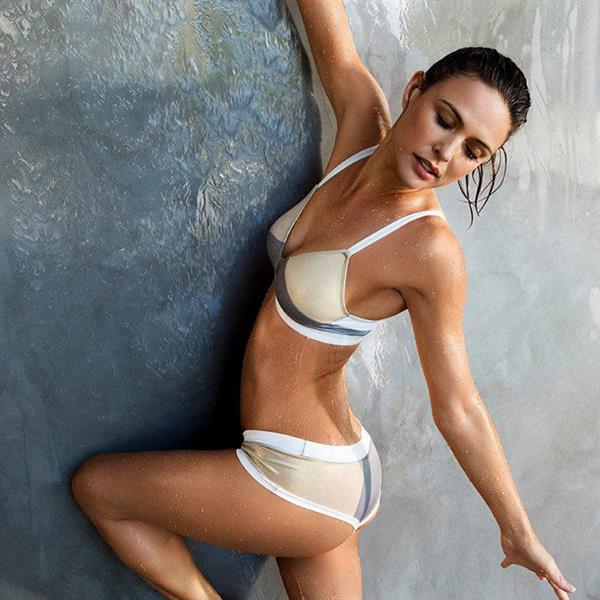 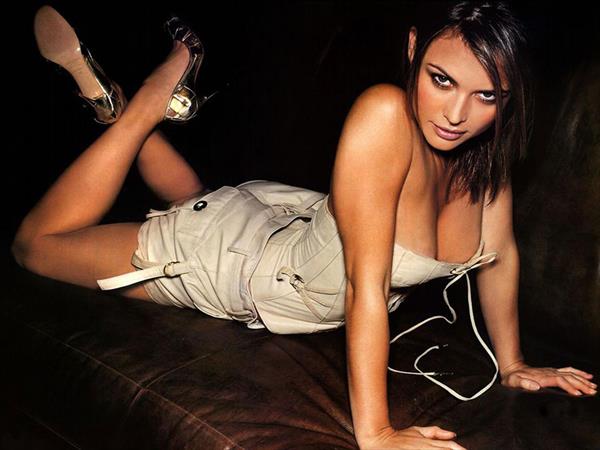 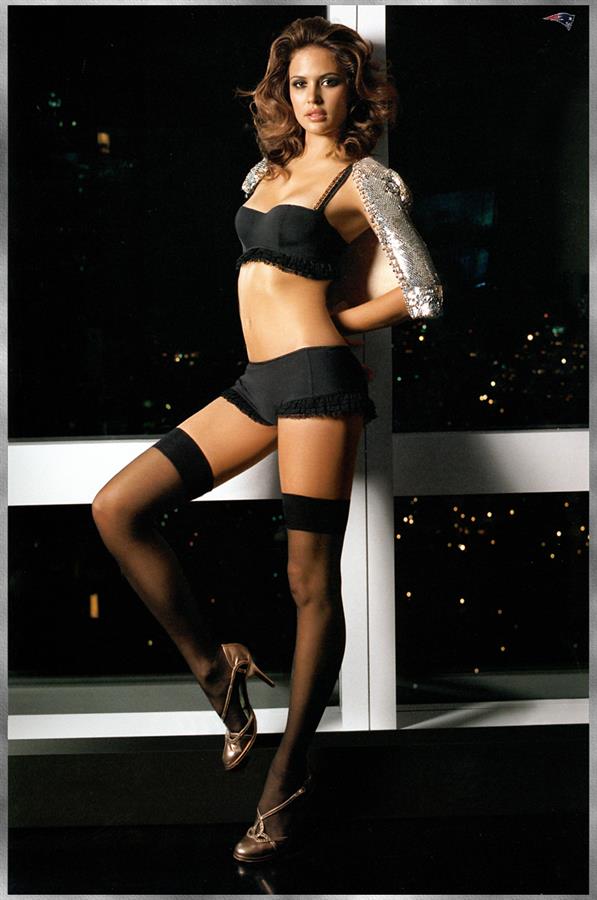 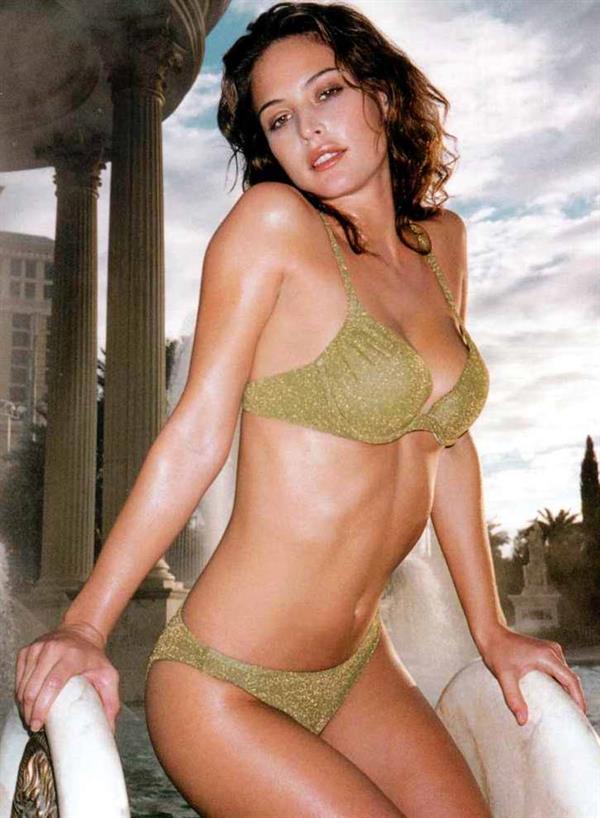 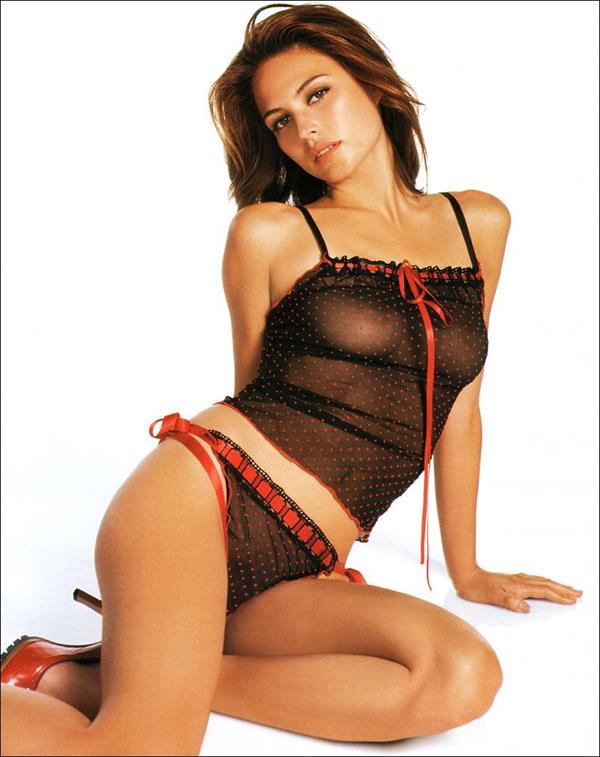 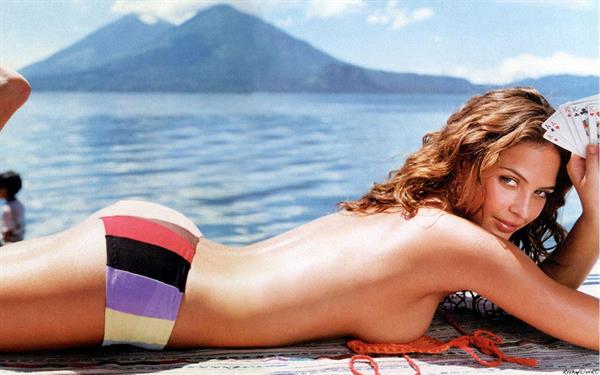 3 thoughts on “Timeless Tuesday: Ladies And Gentlemen, THE Josie Maran!”