A South Korean jewel is what Kwon Yuri is.  You see, aside from being part of the biggest KPop all-girl group, she is also big on beauty.  She is talented, yes but we can’t just get over the fact that is one of the hottest Korean pop stars of all time. 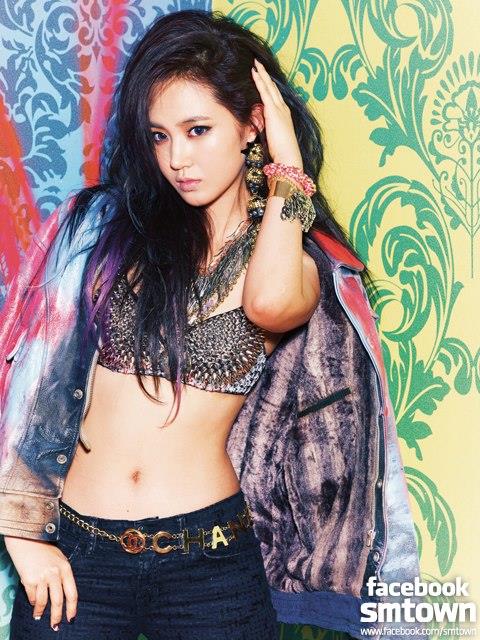 Oh, look at her.  She is gorgeous beyond words.  And yes, seeing her sing and dance is such a joy.  Don’t get me wrong.  I am not a KPop fan but seeing Kwon do her thing is something that I would always look forward to.

Who is Kwon Yuri

Yuri is a KPop singer, fashion model, and actress who is perhaps most famous for being one of the nine members of Girls’ Generation (SNSD).  She debuted as a member of the girl group in August 2007, who went on to be one of the best-selling artists in South Korea and one of South Korea’s most popular girl groups worldwide.  Apart from her group’s activities, she has participated in various television dramas, including the television dramas Fashion King (2012), Neighborhood Hero (2016), and the film No Breathing (2013). 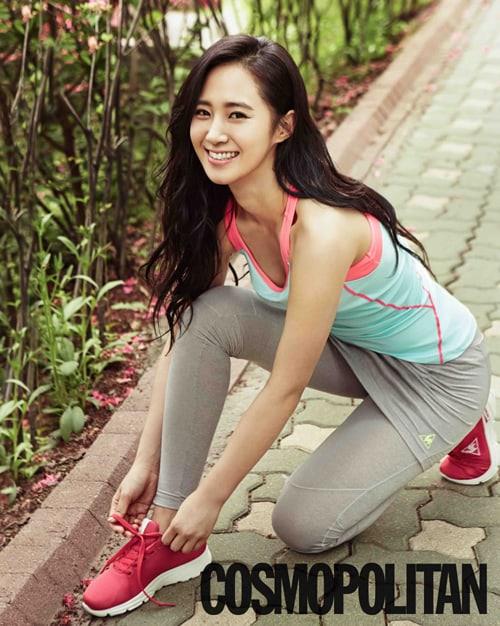 Kwon Yuri was born in Goyang, Gyeonggi, South Korea on December 5, 1989.  She graduated from Neunggok High School in 2008. She and Sooyoung were appointed as Chung-Ang University’s new ambassadors on May 20, 2014.  On February 15, 2016, she graduated with a degree in Theater and Film as well as receiving a Lifetime Achievement Award as Honorary Ambassador of the school at the graduation ceremony. 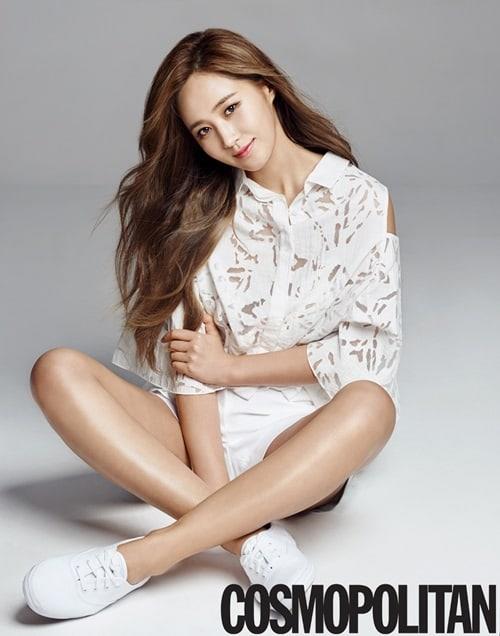 Yuri auditioned at the S.M. Entertainment Casting System and joined the company in 2001 after finishing in second place in the 2001 SM Youth Best Dancer Contest.  She then underwent training for 5 years and 11 months before her debut.  Yuri then was signed to Sm Entertainment in 2001 at age eleven.  She has attended Chung-Ang University.

Yuri made her official debut as a member of the 9-member girl group, Girls’ Generation in August 2007.  Aside from her group activities, she had a small role in a television segment, The King’s Boyfriend, which was part of the documentary Super Junior Show by S.M Entertainment’s boy group Super Junior.  She also made a cameo appearance as a ballerina in the film, Attack on the Pin-Up Boys, which also stars Super Junior members.

In 2008, Yuri had a recurring role in the 2008 KBS2 sitcom, Unstoppable Marriage, where she played a high school student along with fellow member Sooyoung.  In June, she sang a duet called “Kkok (Must!)” with Sooyoung for the soundtrack of the SBS television series, Working Mom.  Yuri also became a cast member in the second season of Kko Kko Tours Single♥Single, a dating show between celebrities. 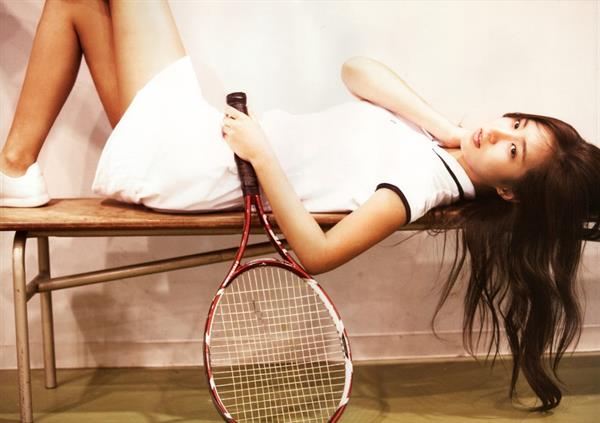 In 2009, she was announced to be a host of MBC music program, Show! Music Core with fellow member Tiffany.  In April, K.Will released the music video of “Dropping The Tears”, featuring Yuri.  She then performed a special stage with him for one of his performances of the song on Show! Music Core, playing the piano in the background.  At the end of the year, Yuri was cast alongside Sunny as one of the 7 girl group members, dubbed as ‘G7′ in the KBS2 reality-variety show, Invincible Youth, for which she earned a nomination as Best Female MC at the 2010 KBS Entertainment Awards.

As Girls’ Generation started preparing for their Japanese debut, their schedules became busier.  Because of this, Yuri and Sunny left Invincible Youth in June 2010.  For the same reason, she and Tiffany also had to leave ‘Show! Music Core’ in the following month to focus on the group’s activities.

In 2013, Girls’ Generation released their fourth Korean studio album, I Got a Boy, which has two of its tracks’ lyrics co-written by Yuri.  “Baby Maybe” was co-written by Yuri and her fellow members Sooyoung and Seohyun, while “XYZ” was penned with Seohyun.  In June, she appeared alongside Hyoyeon in Mnet’s global dance survival show, Dancing 9.  The two coached the show’s contestants as “K-pop dance masters” along with other notable stars who also appeared as dance masters in their specific fields.

In October 2011, Tiffany and Yuri returned to Show!  Music Core and hosted the show until January 2012 when Yuri left the show once again to focus on her drama debut.

The following year, Yuri played the female lead role Choi Anna in SBS drama series Fashion King alongside actor Yoo Ah-in.  Yuri received nominations at the 5th Korea Drama Awards and the 2012 SBS Drama Awards for her acting performance and received the New Star Award at the latter on December 31.

In 2013, Yuri made her film debut when she was cast as the female lead in South Korea’s first swimming-themed film, No Breathing. In the coming-of-age film, Yuri portrayed the role of Jung-eun, a girl who dreams of becoming a musician who is also the love interest of the two male leads played by Lee Jong-suk and Seo In-guk.  Aside from learning how to play the guitar for her character, Yuri also sang two songs for the film’s soundtrack, “Bling Star” and “Twinkle Twinkle” which she performed in the film. 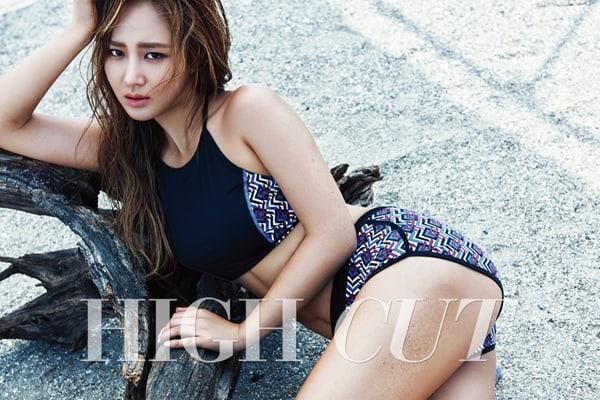 In October 2014, she acted as a couple with Lee Ji-hoon in the music video of “Without You” by S, which is the group’s comeback single after 11 years.

The start of 2015 saw Yuri joining MBC’s variety show, Animals, becoming the only female member of the cast.  Yuri was also a guest on the programs Star With Two Job and Dating Alone.  In May, Yuri was chosen to host Olive TV’s travel program MAPS.  She also joined the cast of Our Neighborhood Arts and Physical Education for its swimming special, showing off her swimming skills for the first time.  On July 23, it was revealed that Yuri will be hosting an upcoming SBS reality show about rally drivers called The Rallyist alongside announcer Bae Sung-jae.

In January 2016, Yuri was cast as the female lead in the OCN spy thriller, Neighborhood Hero.  The following month, OnStyle announced a new reality show about Yuri and her cousin, model Vivian Cha, titled YULVIV MY SISTER.  She also joined the new cast of SBS’ reality-documentary show Law of the Jungle for its new season which was filmed in New Caledonia.  In July 2016, Yuri starred as the female lead in the web drama Gogh, The Starry Night.  After premiering on Sohu, the series was broadcast on television by SBS.

In January 2017, she starred in SBS’ drama Defendant, playing a lawyer named Seo Eun-Hye. The following year, Yuri was cast in the second season of the sitcom, The Sound of Your Heart as the female lead, which premiered its first season on Netflix on October 29.

November 2018 saw Yuri appearing in the Channel A variety show, Makgeolli on the Rooftop, during which she and other celebrities learned how to brew makgeolli, a traditional Korean rice wine.  In January 2019, she was cast in her first stage play, Grandpa Henry and Me (“L’Étudiante et Monsieur Henri”), which is a Korean version of the 2012 French play by Ivan Calbérac.

She made her first contribution as a songwriter for Girls’ Generation’s third mini album, Hoot, where she wrote the lyrics for the track, “Mistake”.  She was featured in the track “Like A Soap”, from TVXQ’s sixth Korean studio album Catch Me. 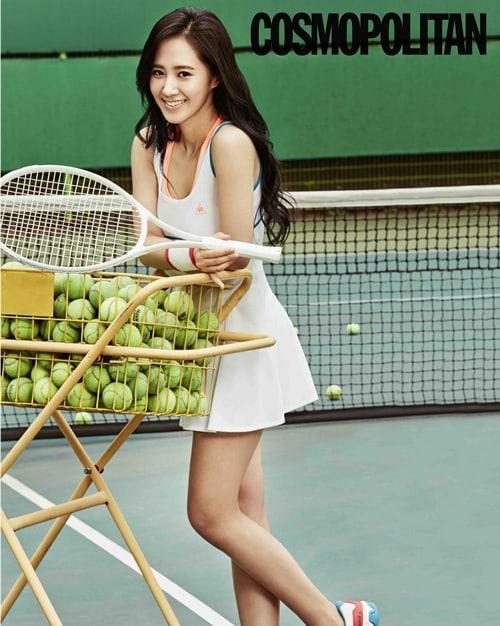 In January 2017, Yuri released a collaboration single titled “Always Find You” with DJ Raiden.  She was also cast in MBC’s upcoming drama Dae Jang Geum Is Watching, which premiered in October.

In August 2018, Yuri was announced to be part of Girls’ Generation’s second sub-group, Oh!GG, which consisted of the five members who remained under SM Entertainment; the group released their first single, “Lil’ Touch”, in September.

Yuri released her six-track debut EP, The First Scene, on October 4, 2018, with the lead single “Into You”.  The album debuted at number two on the Gaon Album Chart and charted at number 10 on Billboard’s World Albums chart in its first week with only one day to garner points to enter it.

Join her over 5.4 million followers on Instagram for the latest about her.
Also, don’t forget to visit our Kwon Yuri page for more of her pictures. 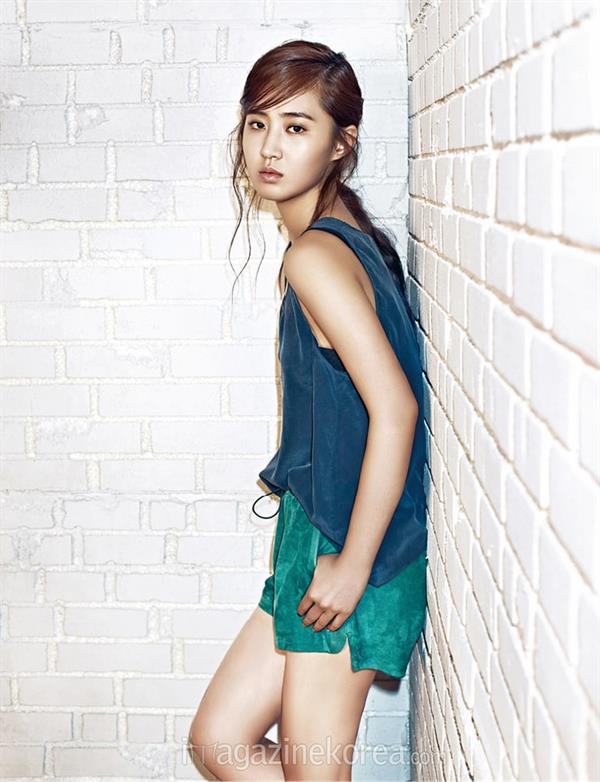 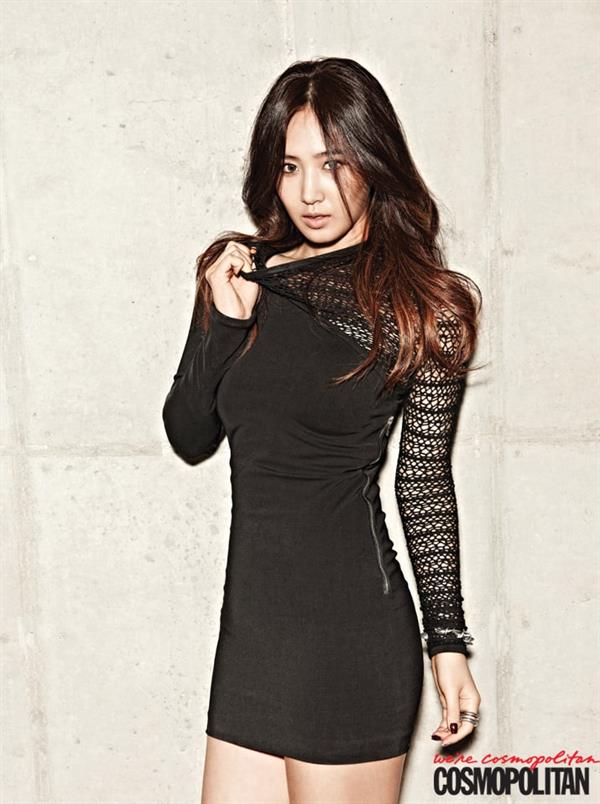 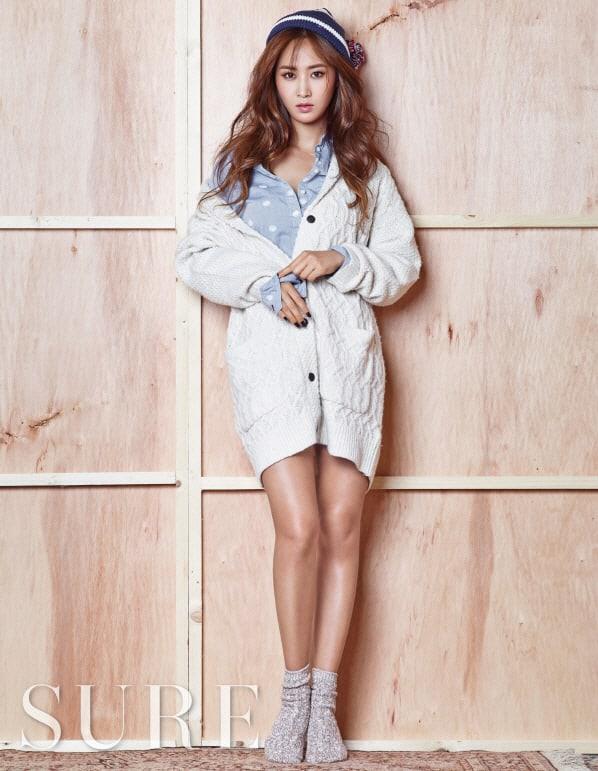 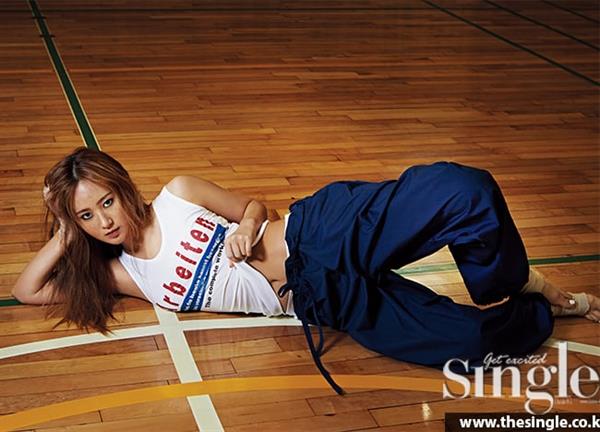 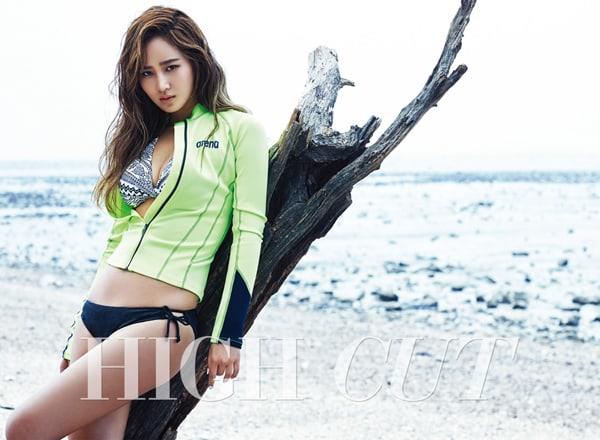 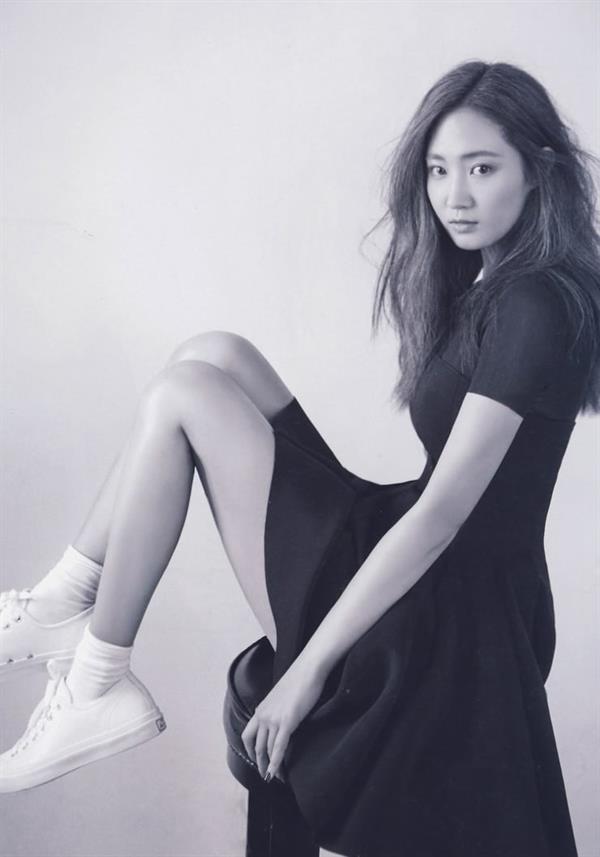 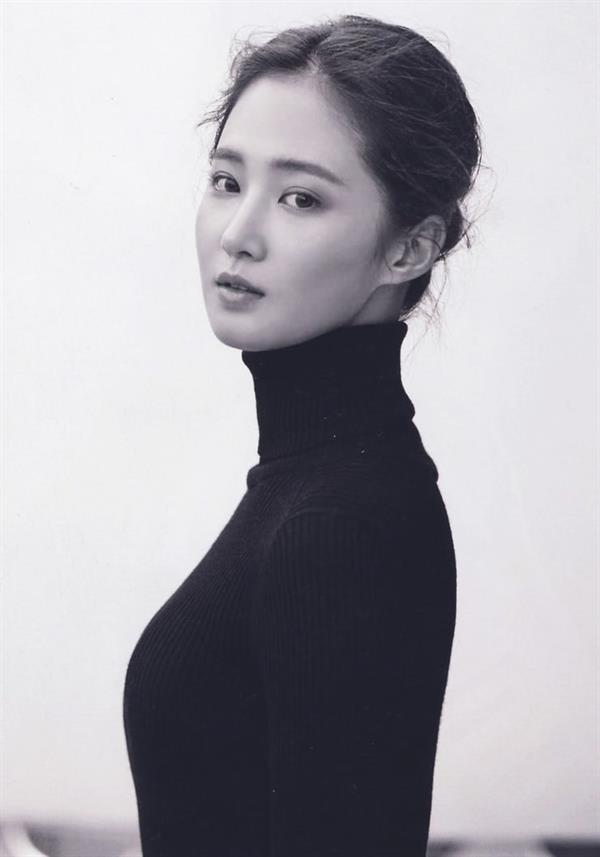 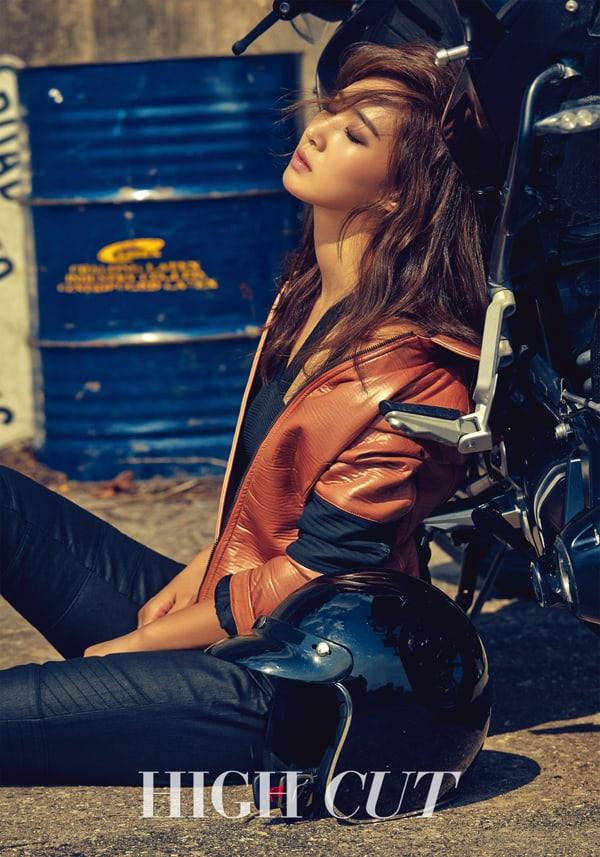