I adore this babe.  I’m actually quite addicted to her.  And, no, I don’t pay attention…  I just like seeing her smile in her YouTube videos.  Yes, that stunning smile.  Guys, a smile is more enticing than a beach body… 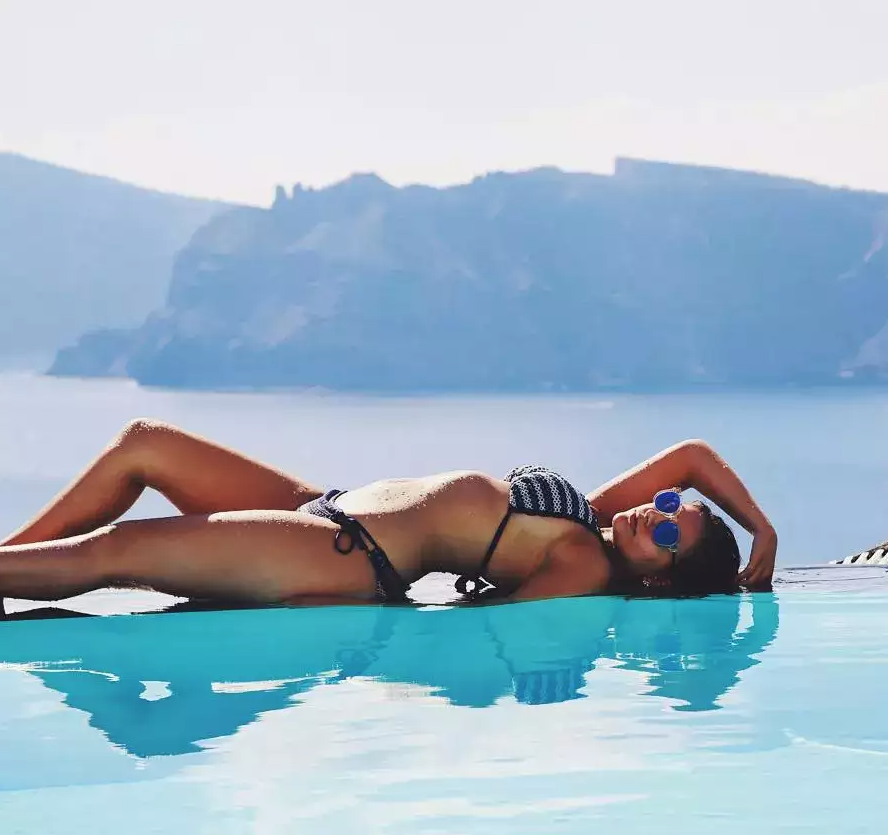 But because Bethany Mota also shows her bikini body, she’s twice as hot! Oh, yeah…  After reading this, you’d be watching her videos, and it wouldn’t matter if they were mostly about makeup and beauty tips.  You need to see her more!

Who is Bethany Mota?

Bethany is an American YouTube star known for giving beauty tips to youngsters on the web.  In 2014, she became the first YouTuber to be cast on Dancing with the Stars, and she also won a Teen Choice Award for Most Popular Female Web Star and a Streamy Award for Best Fashion Show that year. 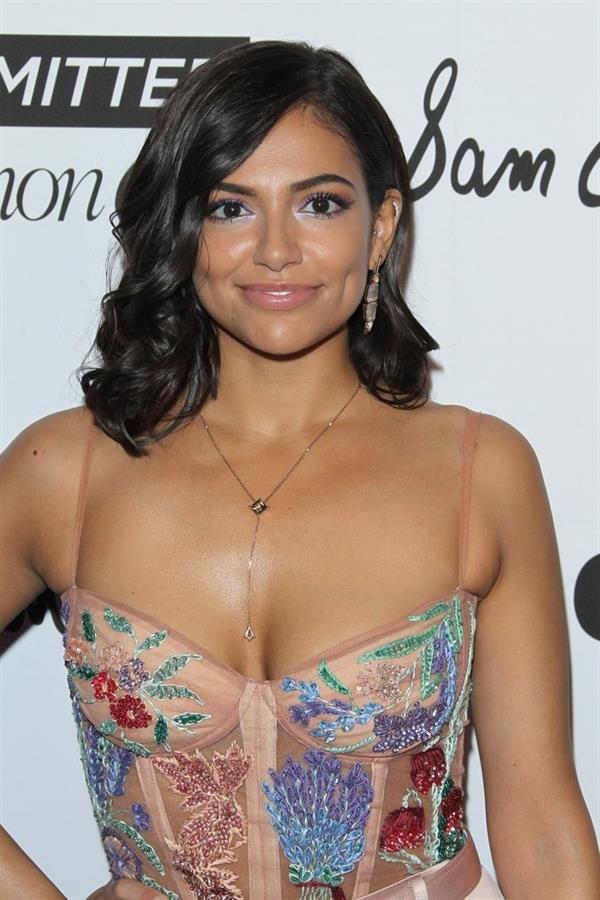 Her videos of colorful outfit ideas, beauty tips, and recipe guidelines have gained popularity around the world, and she is now revered as a style icon and beauty Guru.  The young star is shining in the spotlight as her popularity grows, and her awesomeness has already amassed over 10 million subscribers.  Her prolific videos and magazine articles are primarily aimed at teenagers.  In 2013, she collaborated with ‘J. Crew’ to create her own line of clothing and accessories for the popular teen clothing company, ‘Aeropostale.’ C. ‘J.C. Penney’ and ‘Forever 21.’  Her own perfume was released in 2014.  The same year, she was chosen as a content creator for YouTube’s first advertising campaign.  In addition, her articles have appeared in the magazine ‘Teen Vogue.’

Bethany Mota was born on November 7, 1995, in Merced, California.  At the age of 13, when most kids allow academic pressure to dictate their lives, this adorable girl had the courage to stand out with her novel and groundbreaking ideas.  Unfortunately, Beth was a victim of bullying at school, which caused her anxiety and stress.  As a result, in an attempt to distract herself from her dreadful woes, she began to explore the world of the internet and eventually came across the beauty community on ‘YouTube.’

She was so taken with the world of glam that she launched her own ‘YouTube’ channel, ‘Macbarbie07,’ in 2009, for the same purpose.  She began uploading video tutorials and tips on outfits, makeup, and hair, which quickly became popular among young people. 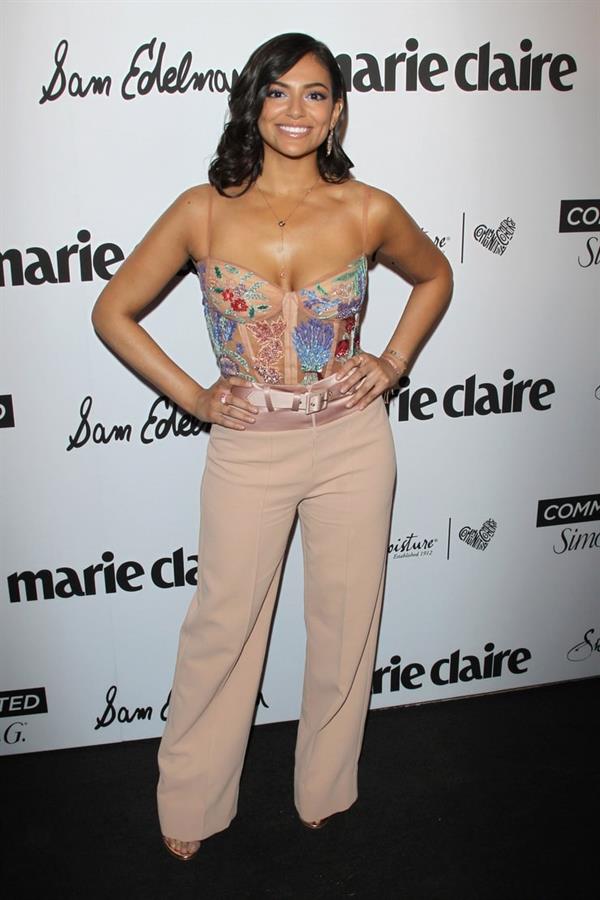 Today, she has more than 10 million subscribers, making her one of the most sought-after Style Gurus of our time.  Her modern power dressing and beauty tips have gone viral on the internet.  Many of her admirers and supporters are being mentored by her fashionable tutelage.

In 2014, she received the ‘Teen Choice Award’ for ‘Choice Web Star: Female,’ which further enhanced her celebrity.  In an effort to reach a wider audience, the celebrated star interviewed President Barack Obama in 2015.

Beth makes it a point to treat her fans as if they were her own friends, and she frequently goes out of her way to establish a strong bond with them.  She went on a tour called ‘The Motavatour’ to meet and talk with her fans.  Perhaps this is why her fans adore her. 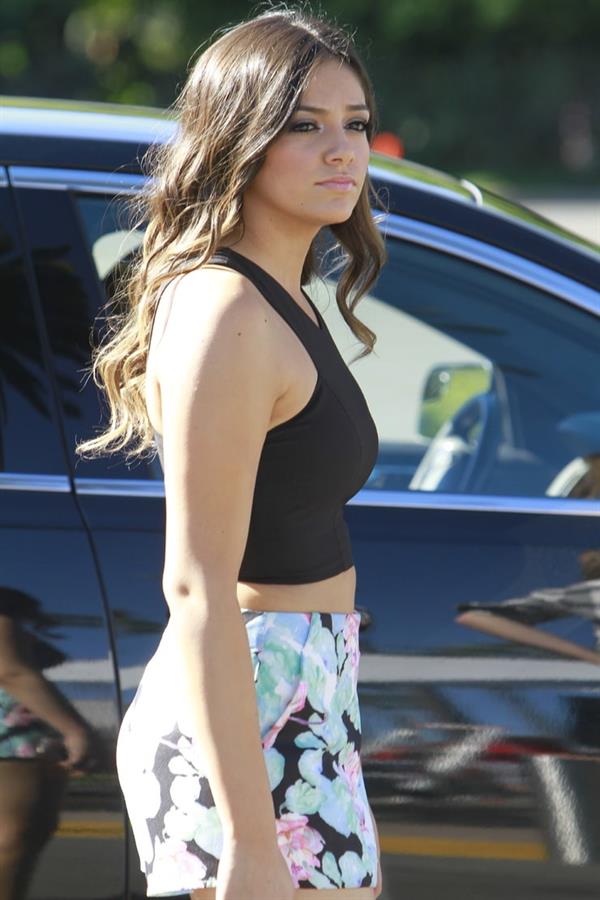 Bethany’s talents are not limited to fashion; she is also a fantastic singer with a honeyed voice to die for.  Her critically acclaimed single, ‘Need You Right Now,’ was released in 2014, and she collaborated with Canadian musician Mike Tompkins on it. 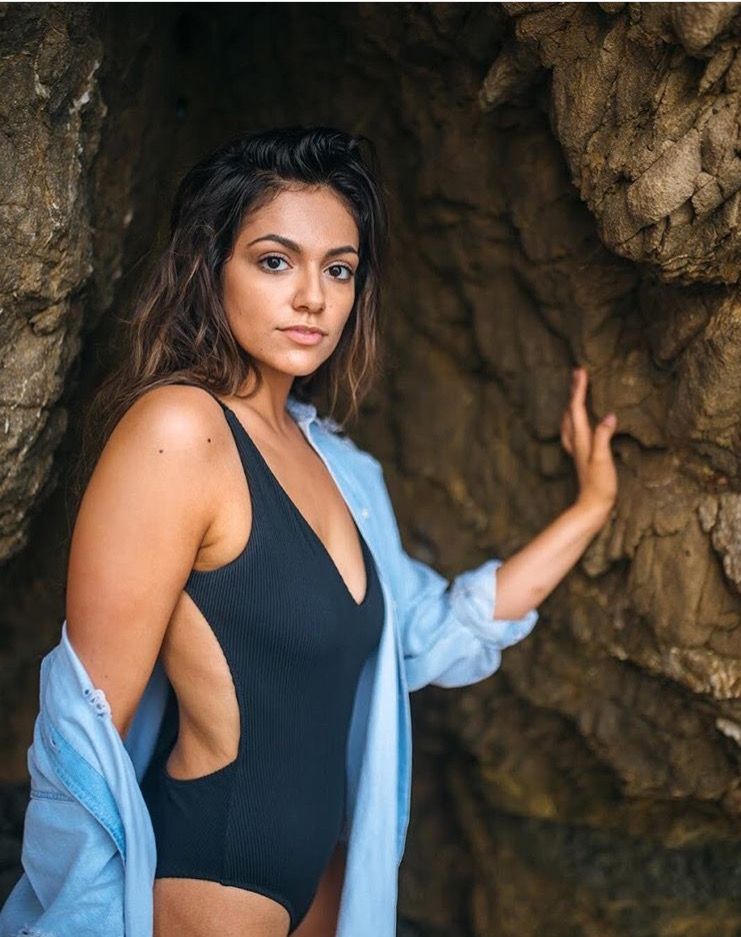 Join her over 4.6 million followers on Instagram for the latest about her.
Also, do visit our Bethany Mota page for more of her stunning pictures. 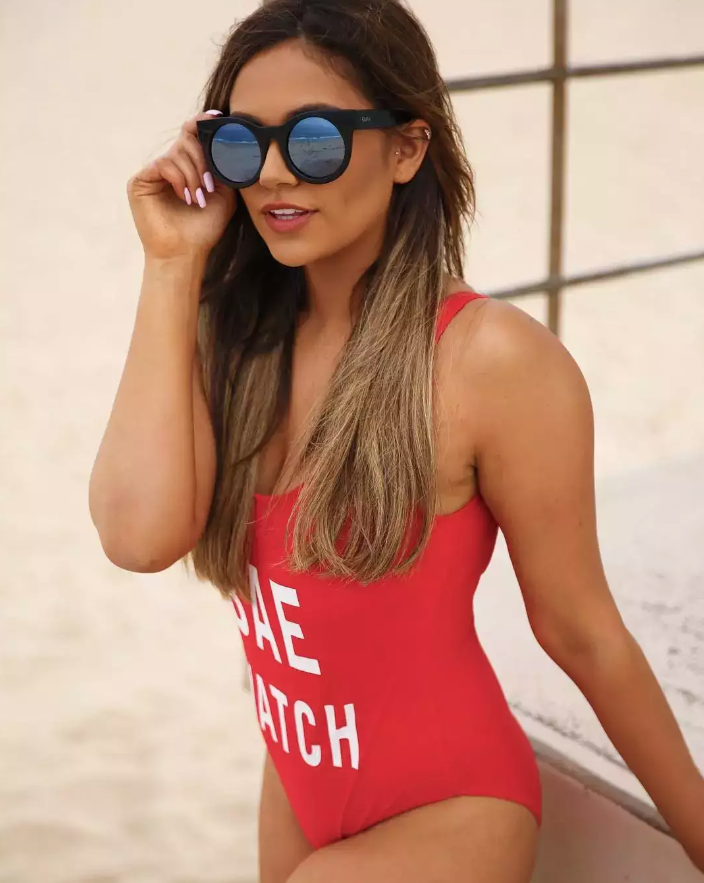 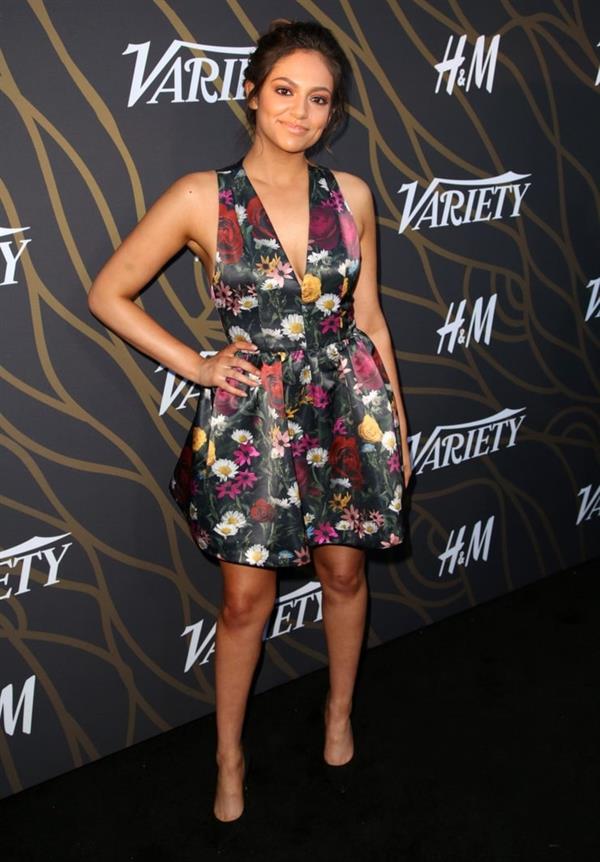 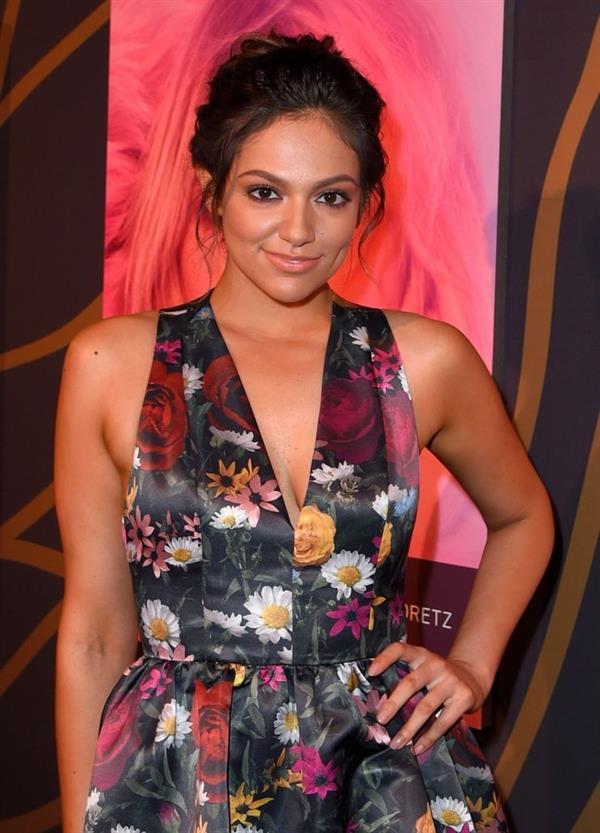 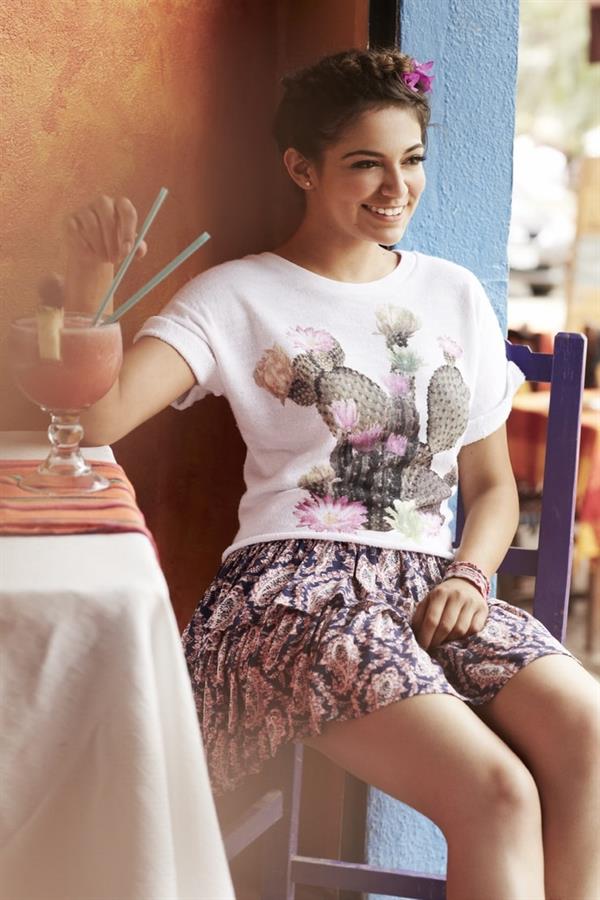 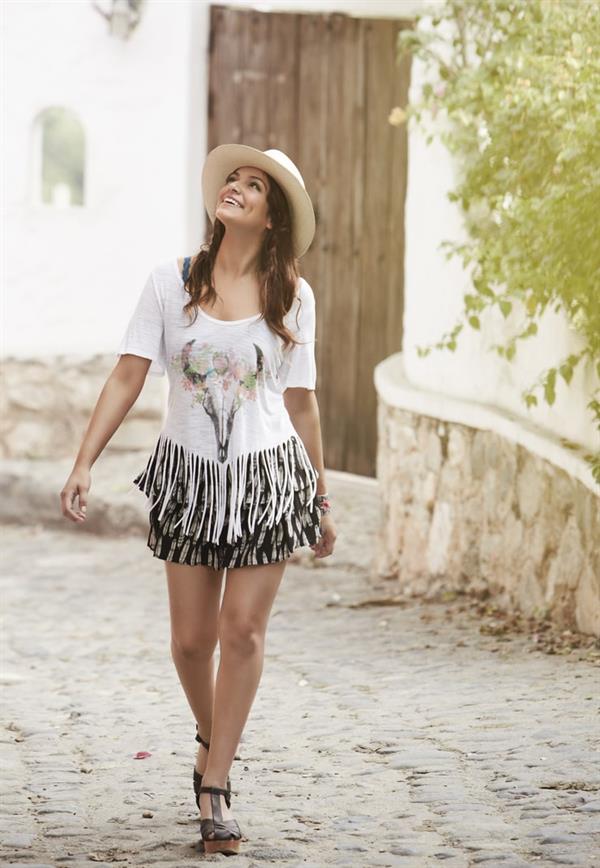 One thought on “Another Lowkey Hottie That Deserves A Spot Here. Ladies And Gents, Ms. Bethany Mota”