This all-natural beauty is one of my favorite Playboy models.  The reason (aside from her being all natural) is because she looks like a (very hot) corporate boss.  Really, Adrianna Adams looks like one… And I’ve fantasized about, you know, a very hot, young, and naughty CEOs or COOs since after college (haven’t we all?)…  Imagine receiving a memo from her telling you to stay late in the office with them until the witching hour.  Rawr!!! 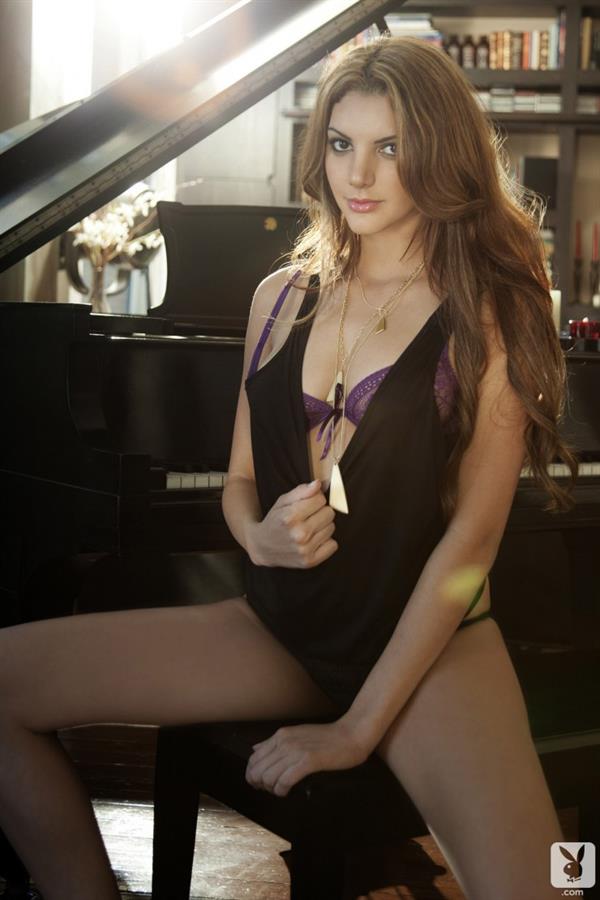 Now, let’s get to know this very hot, boss-looking lady?

Adrianna Adams is an American print, promotional, and glamour model who is best known for her work with Playboy.  Her stint with Playboy was also her first time to pose nude.  She very happy with the results and according to this San Fernando Valley girl from North Hollywood, California:  “Playboy is a true gentlemen’s publication, and there’s no better way to be photographed in the nude.” 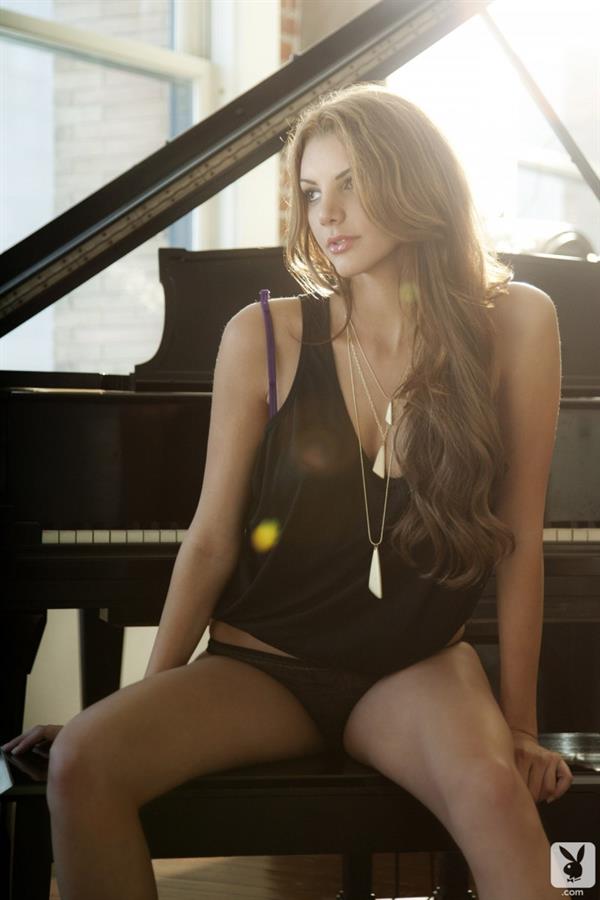 Adrianna Adams was born on December 30, 1986, in Virginia Beach (she grew up on the East Coast), Virginia. 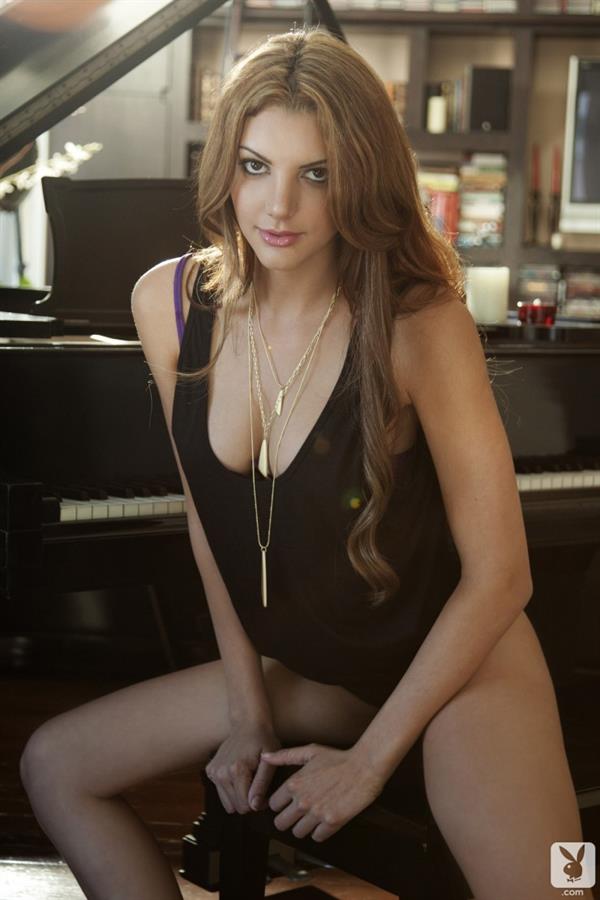 “…and I have big dreams. I work hard for what I want, and so far, it’s working.”

Adrianna is quite active and she likes to play sports, work out, and ride her dirt bike (whoa!).

And though she looks like she belongs in a corner office, her favorite place for a photo shoot is the beach. 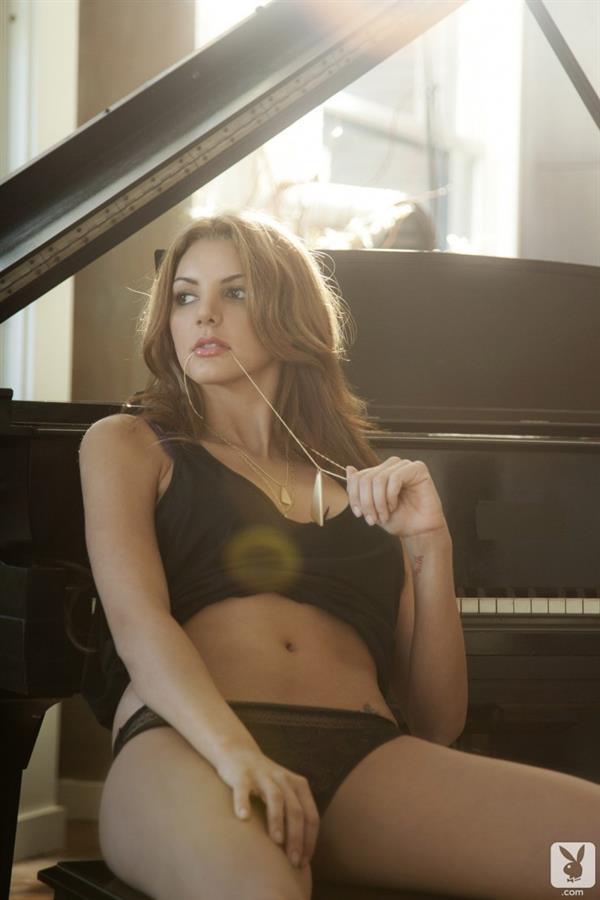 She has tattoos…  She has a cross and flowers on her hip and a Chinese character on her lower back.

She’s in a relationship but we don’t know who the lucky guy is.  All we know is that she’s happy (“huhu” for us, right?) as she said (in an interview):  “I’m finally in a relationship with a guy that I can trust.”  She then added, “It’s nice to have someone to come home to – someone who can make me laugh after a hard day.” 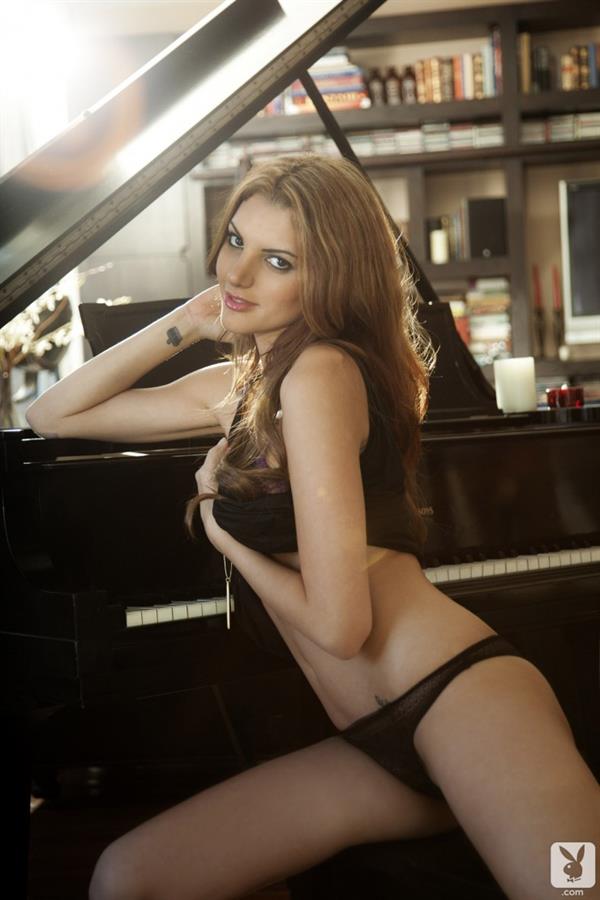 This brown-eyed bombshell stands 5 feet, 9 inches and she has an all natural 32C-25-36 soft curve/s. 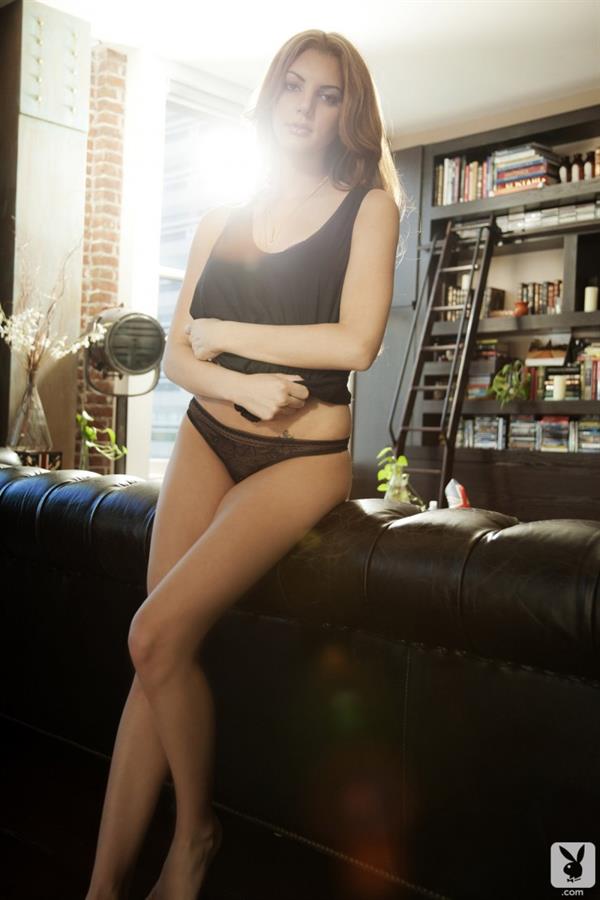 Don’t forget to check out our Adrianna Adams page for more of her.
Oh, and she’s got a few nudes here you might want to check out (‘course you do)… 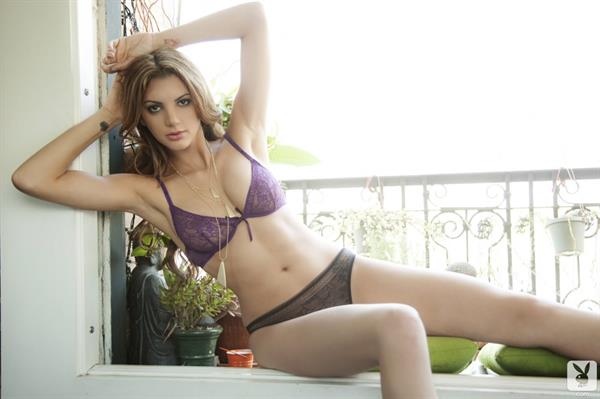 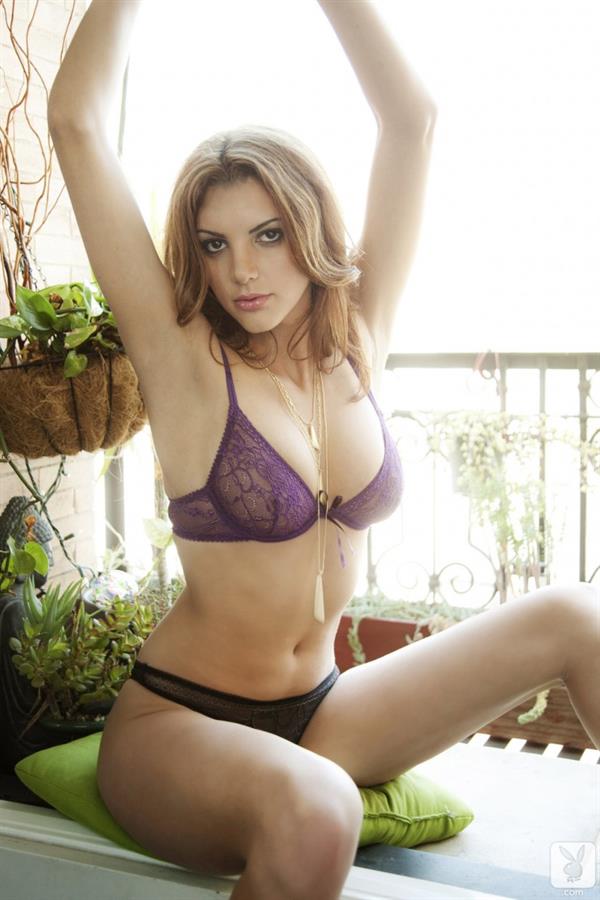 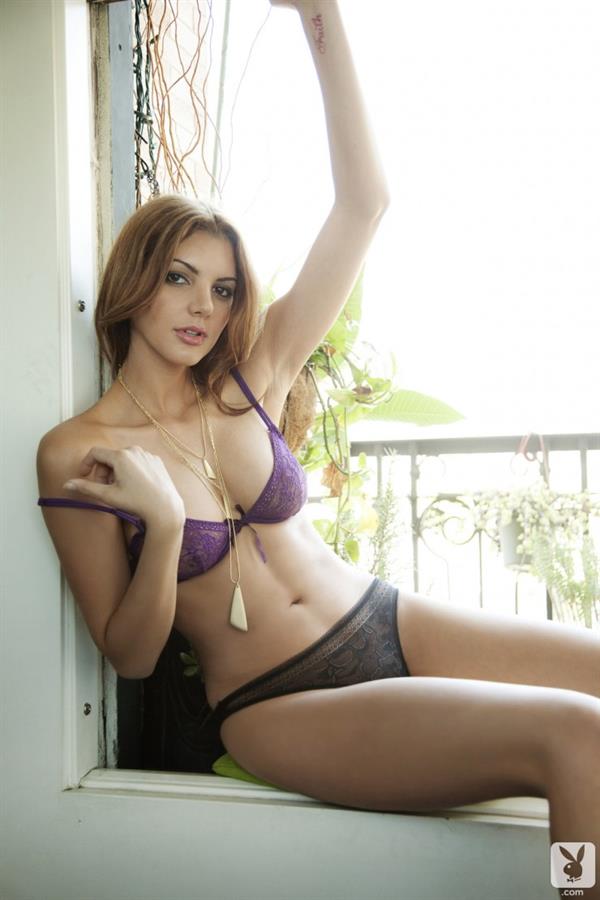 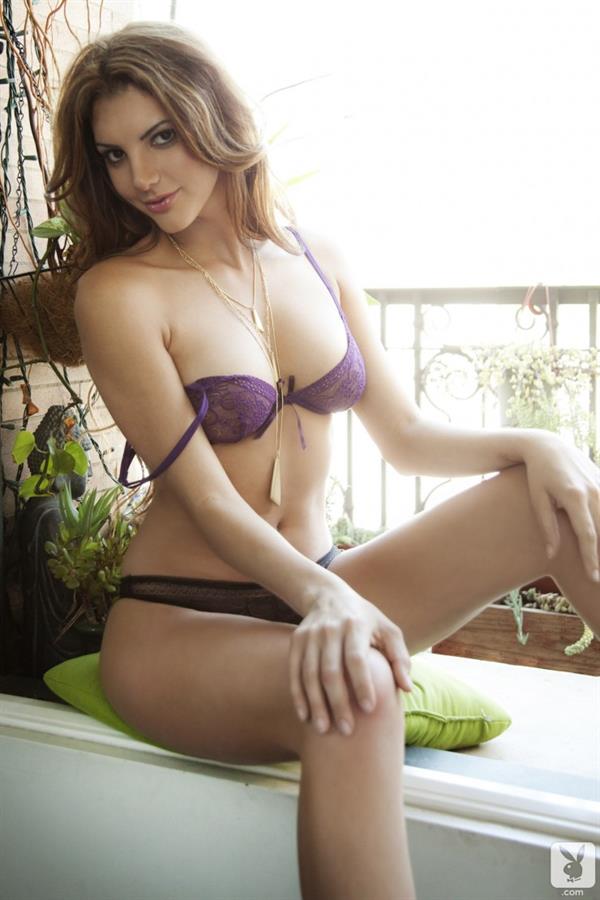 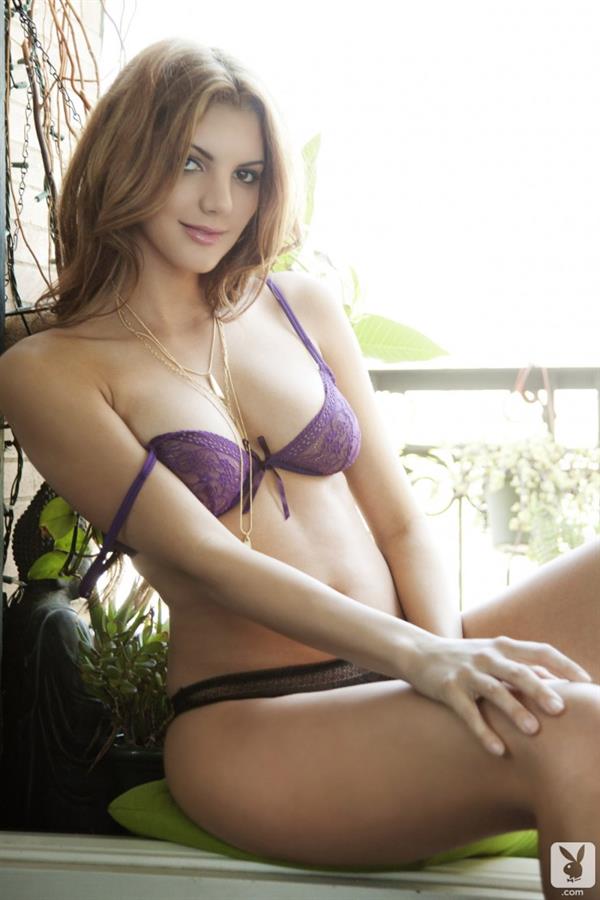 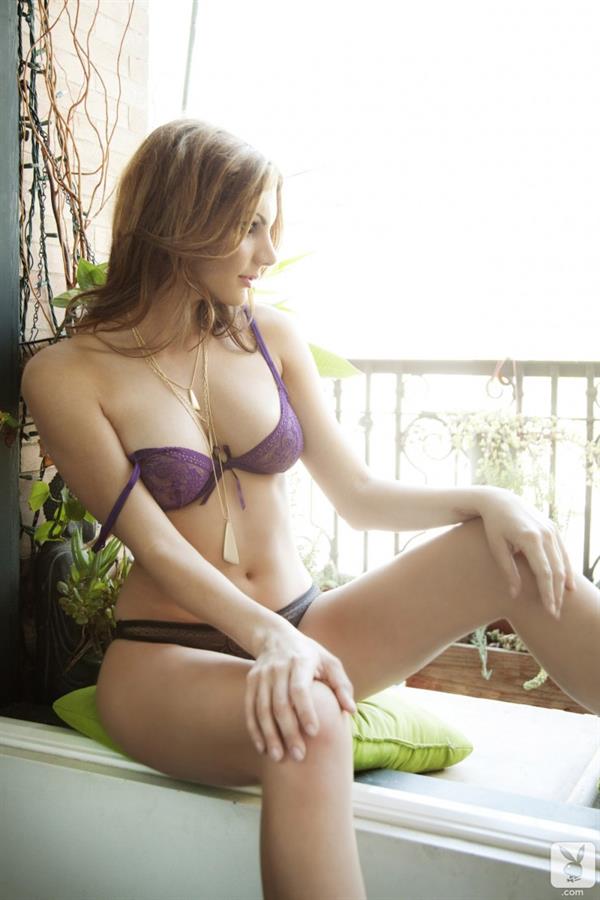 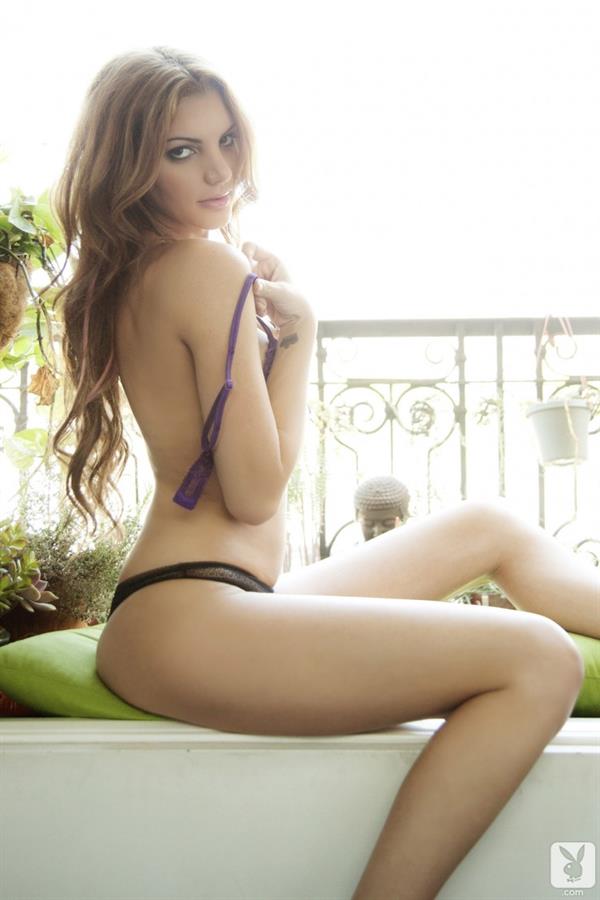 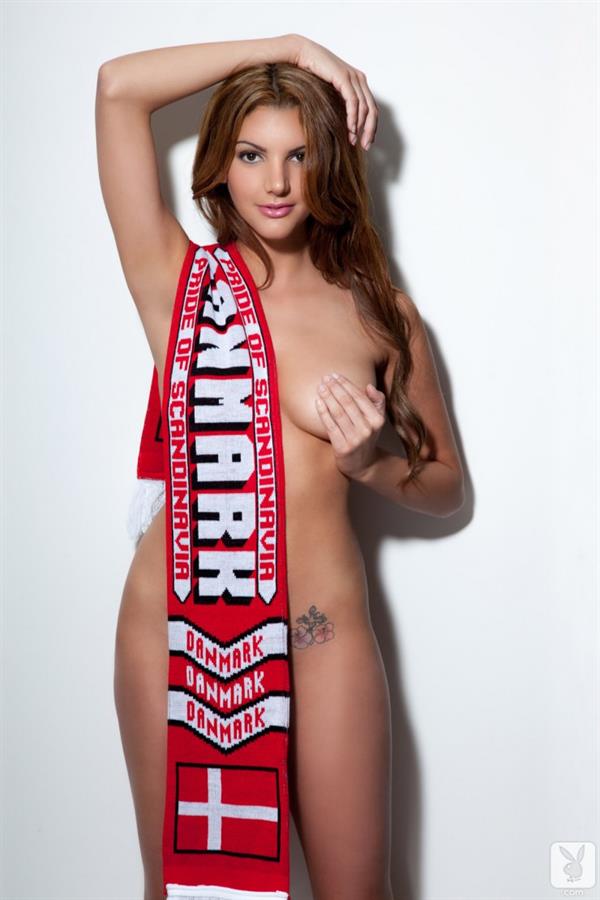 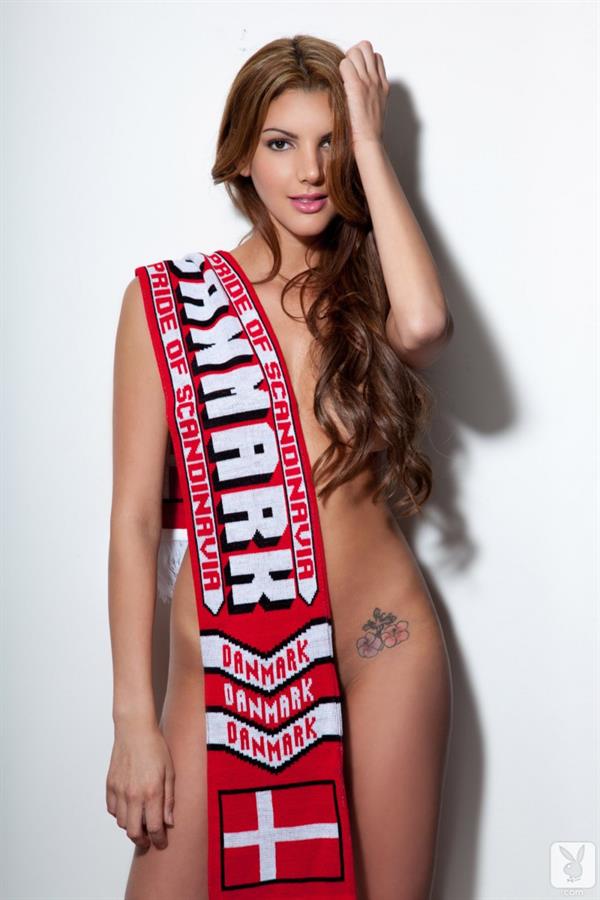 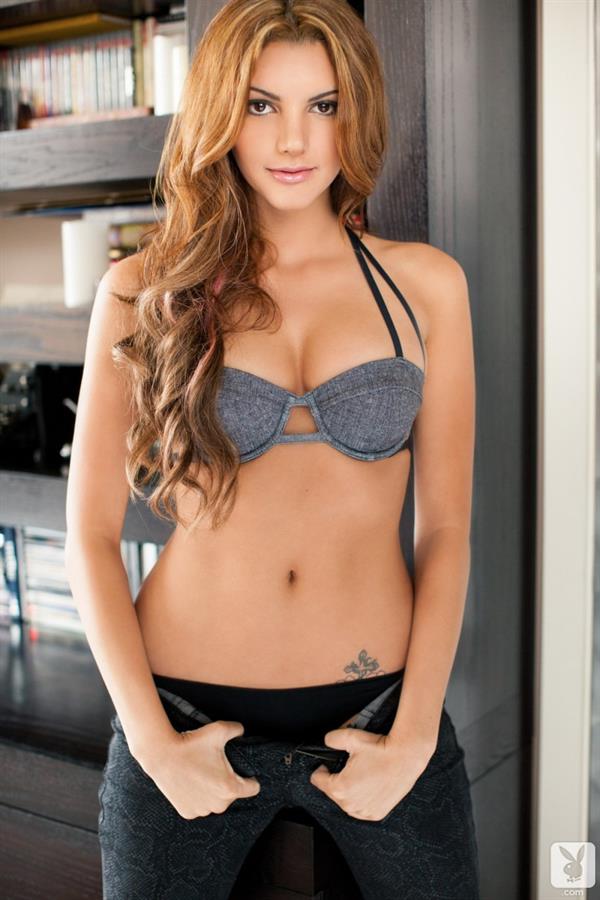 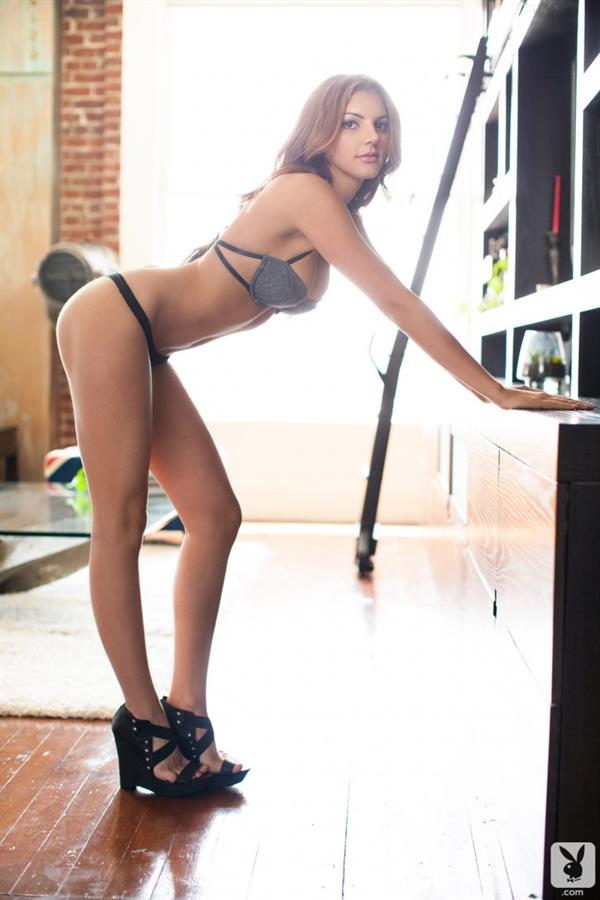 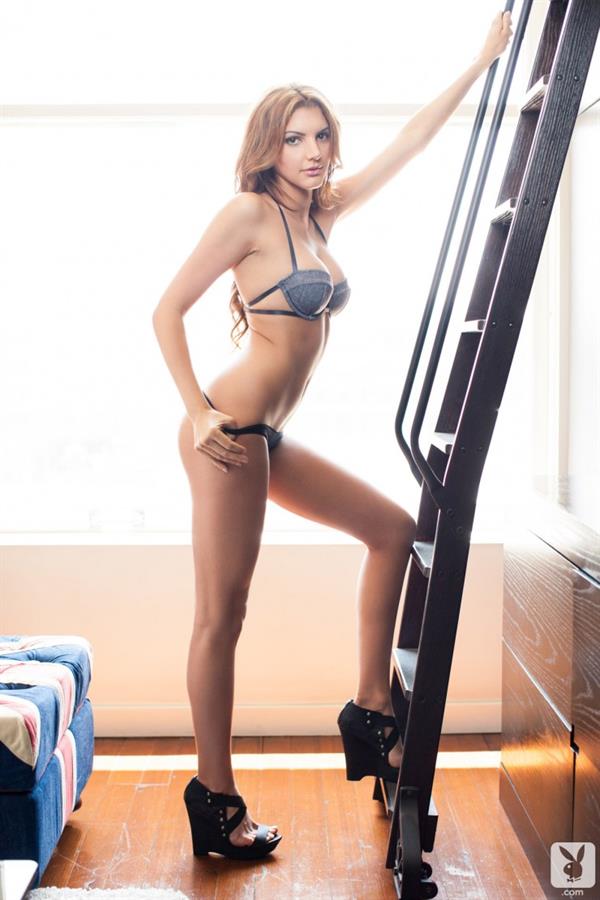 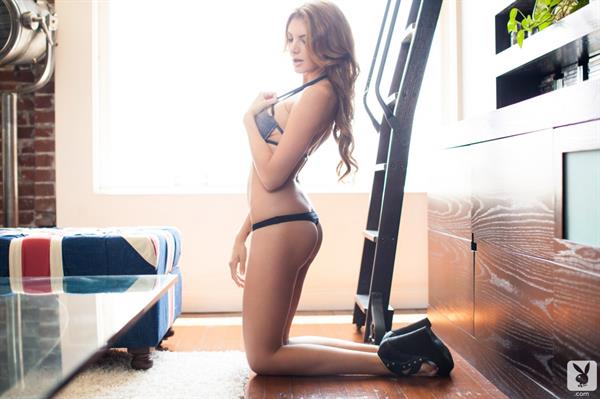 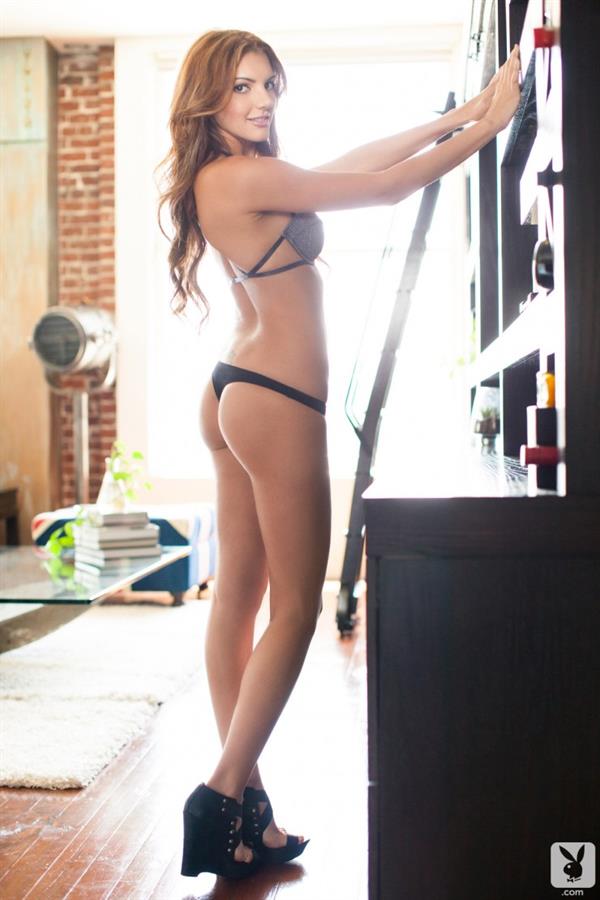 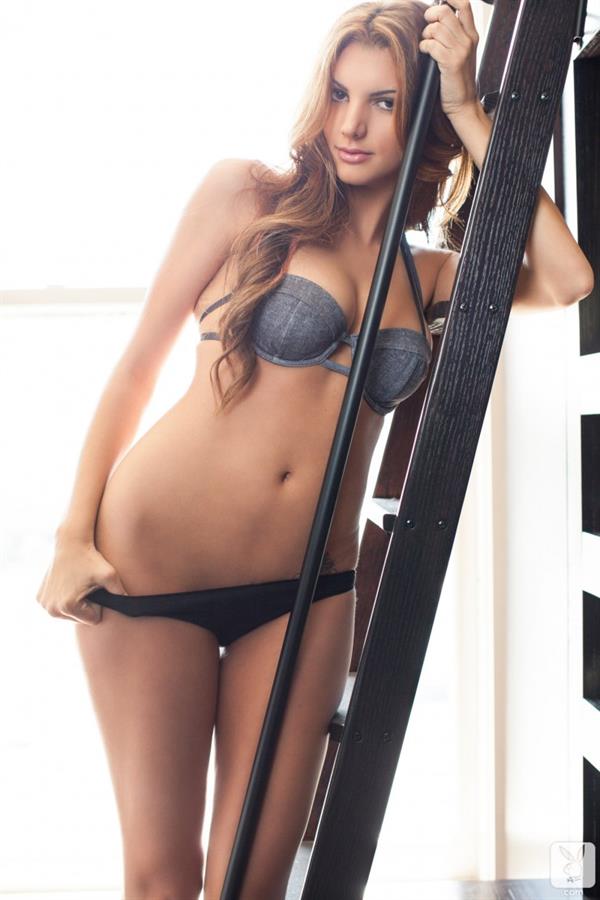 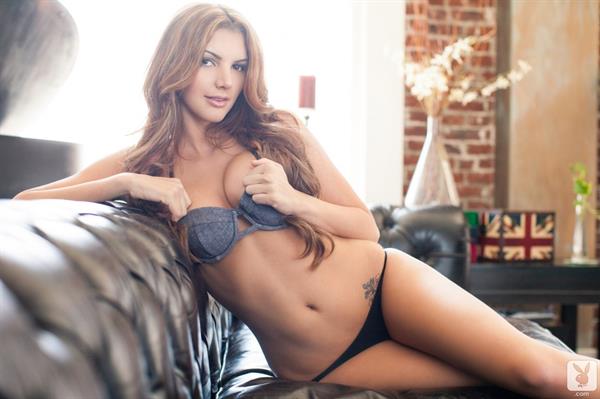 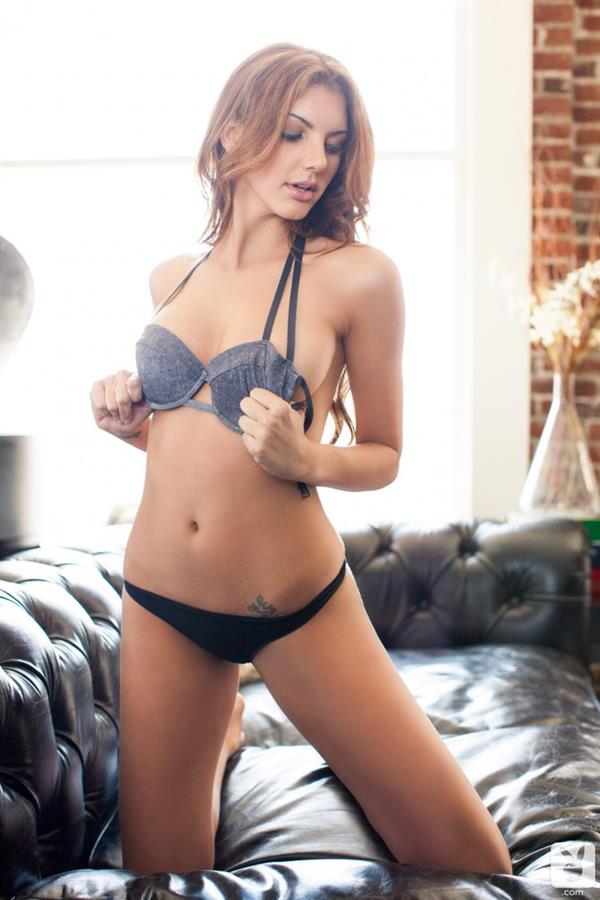 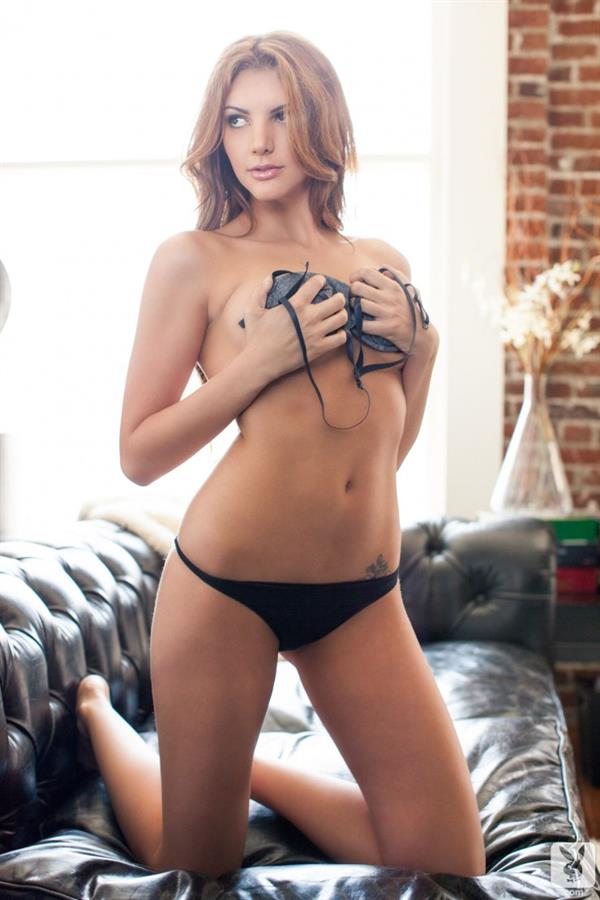 Don’t forget to rate her, guys and gals.