Folks, we have something really special here for you.  You see, once in a while, we come up with a compilation of hot women.  Hotties who, we think, you will love.  So yeah, this is one of those rare occasions where you get to read about not just one, but more than one hot woman in one article!  (Editor’s Note:  Oh, please!  Stay away from the coffee machine…)

So without further ado, here is Hotness Rater’s 15 Hottest Celebrity Daughters (In no particular order, by the way)!

Oh, and we didn’t include Miley Cyrus, Kylie Jenner, and Kendall Jenner as they’ve been featured more than enough… (Editor Note: thank god!) 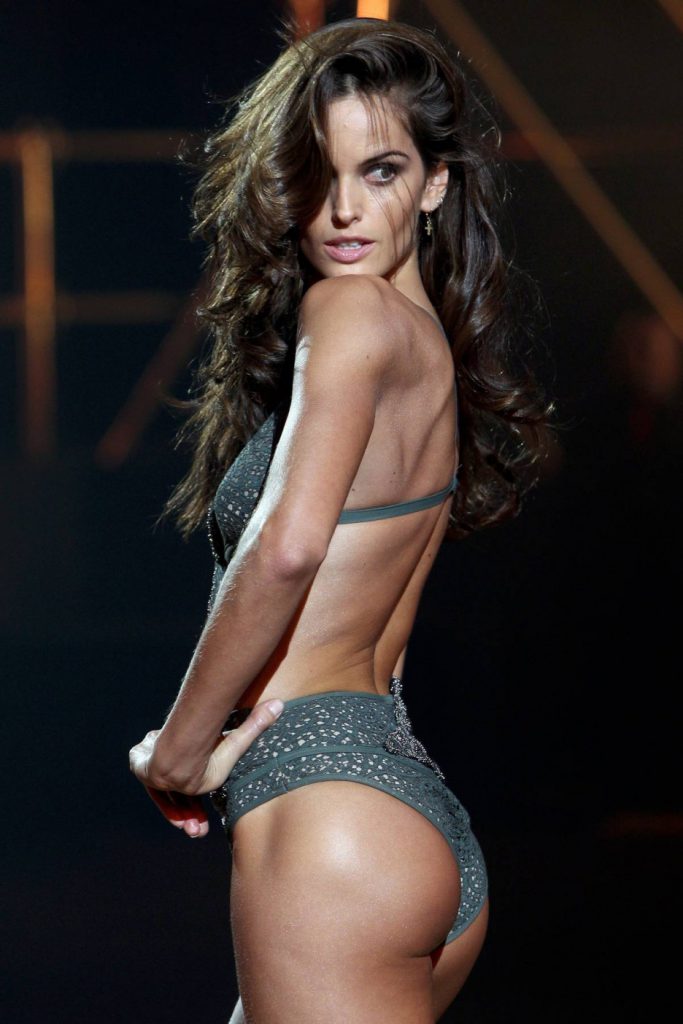 Who is Allison Williams?

Allison Williams is the daughter of NBC News anchor, Brian Williams and TV Producer, Jane Stoddard Williams.  She was born on April 13, 1988.  Allison is perhaps best known for her role as Marni Michaels in the HBO series Girls.  She has also appeared in the 2017 horror movie ‘Get Out’

This very sexy lady is a Yale University graduate (English major) and she wrote for the comedy video website ‘Funny or Die sketches’.

In 2011, Allison began a romantic relationship with Ricky Van Venn.  The couple got engaged in 2014 and finally settled down in September of 2015.

Allison here appeared in a bikini for Super Bowl Sunday in Miami.

More of her pictures here. 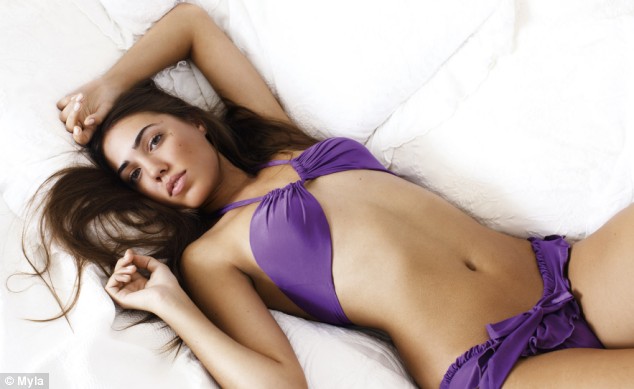 Amber is the daughter of Duran Duran vocalist Simon Le Bon and Supermodel Yasmin Le Bon.  This English model was born on August 25, 1989.  Amber is most notable for being the primary model of Forever 21.  She has also appeared in ad campaigns for Pantene and Myla swimwear

In 2009, Amber was voted as the world’s Hottest Celebrity Daughter by a certain website (zootoday.com).

Amber can sing and she also plays the Piano…  Yup, something you’d expect for being a daughter of a rock star. 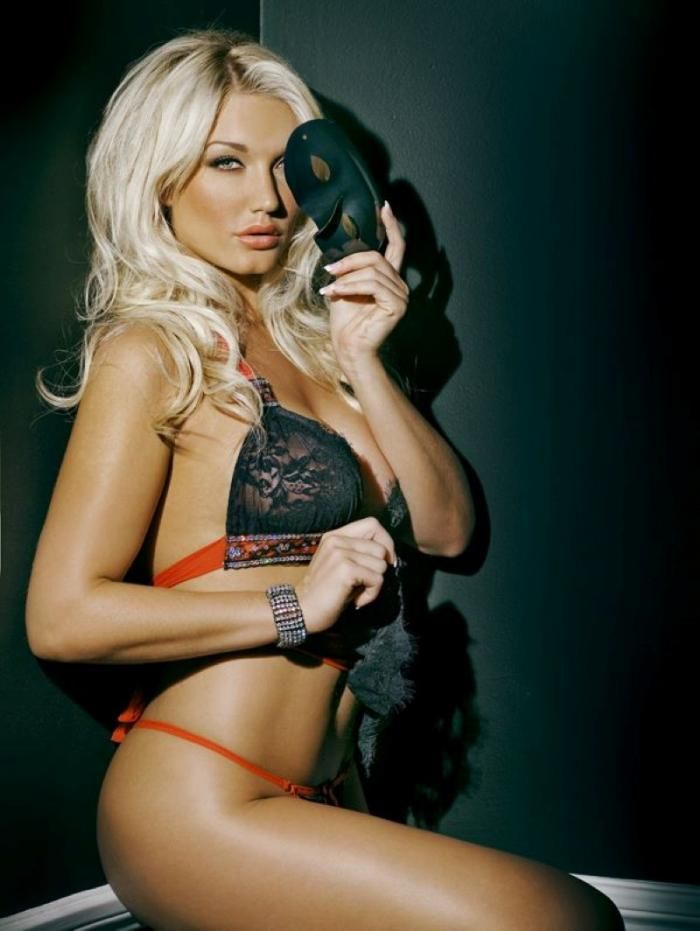 This super hot blonde is the daughter of the legendary wrestler Hulk Hogan.  And yup, she also tried being a pro wrestling career only she never ripped her shirt off like her dad…  which is sad, by the way.  Brooke is also a singer and in 2006, she released an album titled Undiscovered, which reached number 1 on the US indie chart.

Brooke, during her teens, was a choir member and is also a member of her high school’s cheerleading team.

More of her pictures: Brooke Hogan. 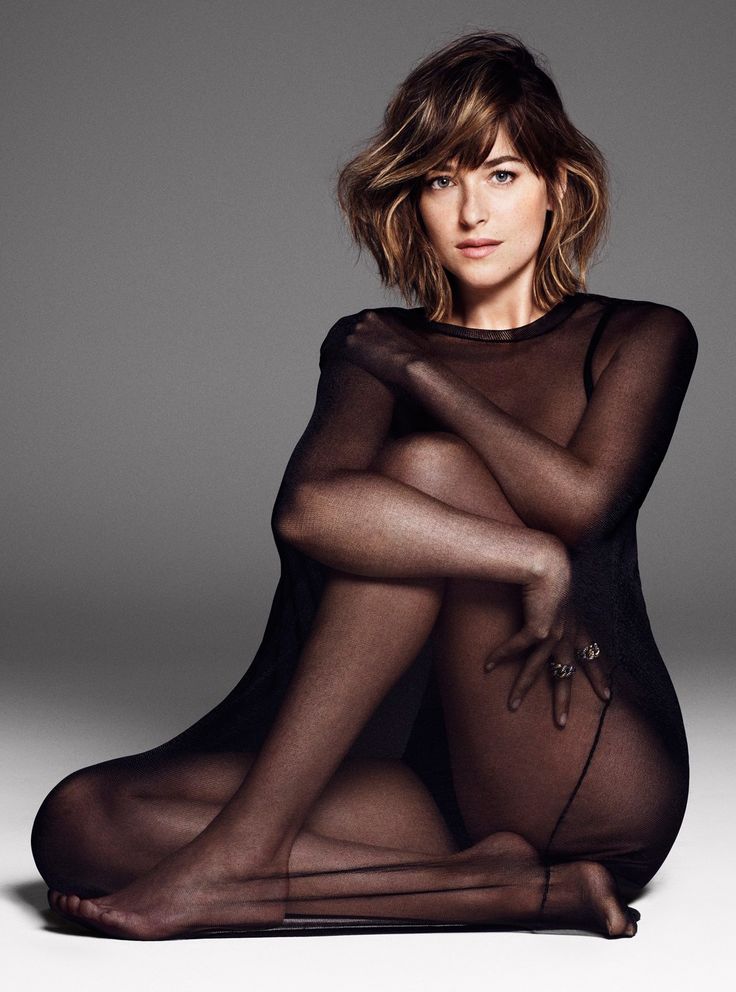 Of course, you know who this babe is!  You paused her nude scenes in 50 shades (and Darker) for like a gazillion time.  And yes, she is the daughter of Don Johnson and Melanie Griffith and she was gifted to us by the heavens on October 4, 1989.

She made her film debut in the 1999 movie Crazy in Alabama when she was 10-years-old.

Dakota had supporting roles in the films The Social Network, 21 Jump Street, and The Five-Year Engagement.

Just this month (January of 2018), her relationship with Coldplay singer Chris Martin was made public. 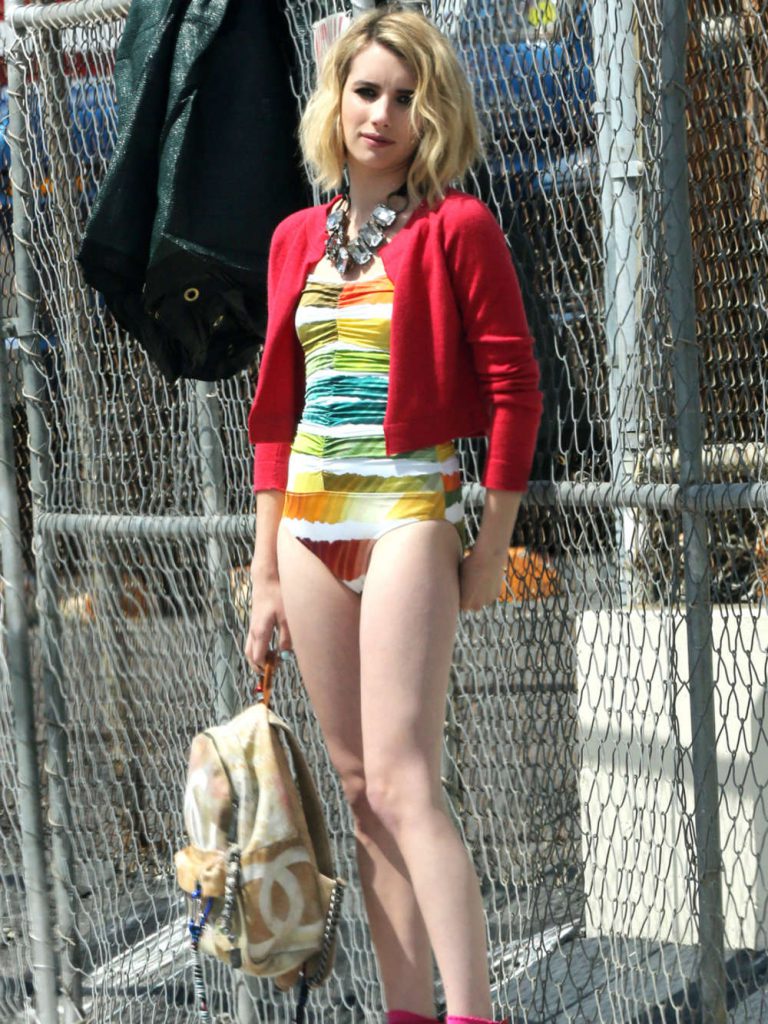 Another well-known hottie here…  This singer/actress was born on February 10, 1991, to father Eric Roberts and mother Kelly Cunningham.  Emma began her acting career at the age of 9 but didn’t rise to prominence until 2004, when she starred as Addie Singer on the Nickelodeon series Unfabulous.  The following year (2005) saw the release of Emma’s debut album ‘Unfabulous and More’.

Emma is also the niece of actresses Lisa Roberts Gillan and Julia Roberts.

Emma is currently in a relationship with longtime boyfriend Even Peters. The couple separated in 2015 but reconciled in 2017.

Here are more of her: Emma Roberts. 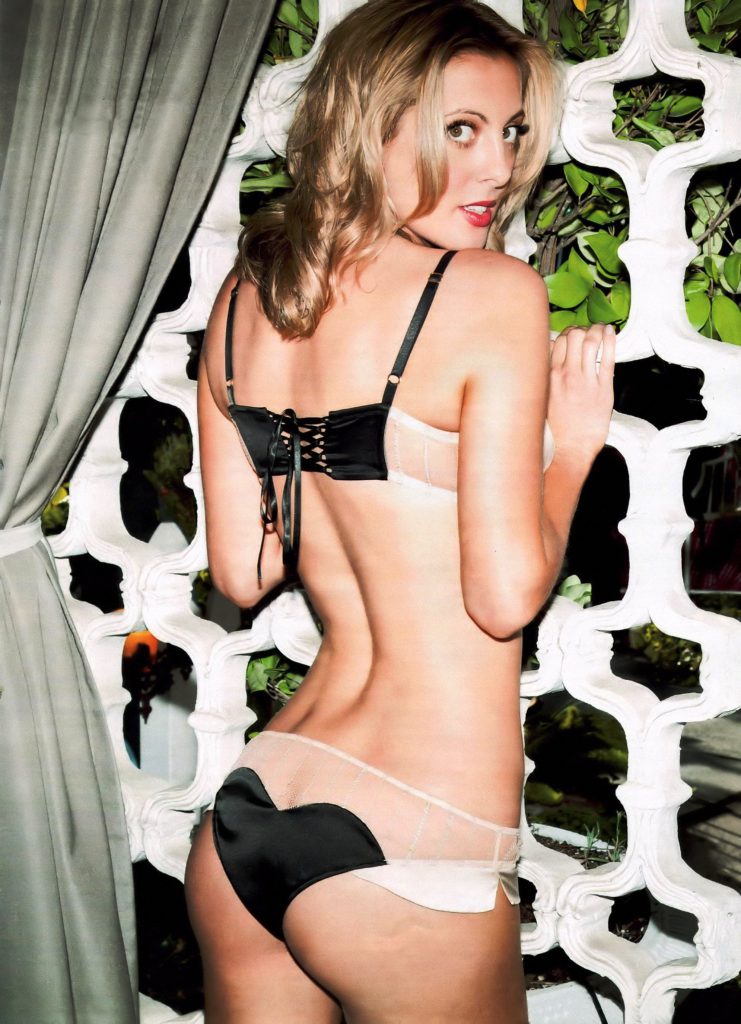 An awful lot us have fantasized about her after seeing her in Adam Sandler‘s That’s My Boy.  That sexy role (a teacher who slept with her student) was made sexier by Susan Sarandon’s daughter here.  Yup, you read that right.  Eva here was born on March 15, 1985, to Amercian actress Susan Sarandon and Italian director Franco Amurri.

Eva Amurri made her TV Debut in a 2001 episode of the hit sitcom Friends.

Eva has appeared in films such as The Banger Sisters, Saved!, The Education of Charlie Banks, and New York, I Love You.  She also had recurring roles in TV series Californication, How I Met Your Mother, New Girl, The Mindy Project, and Undateable.

The gorgeous actress has libidinous body measurement of 36B-24-35 and she stands 5 feet, 10 inches. 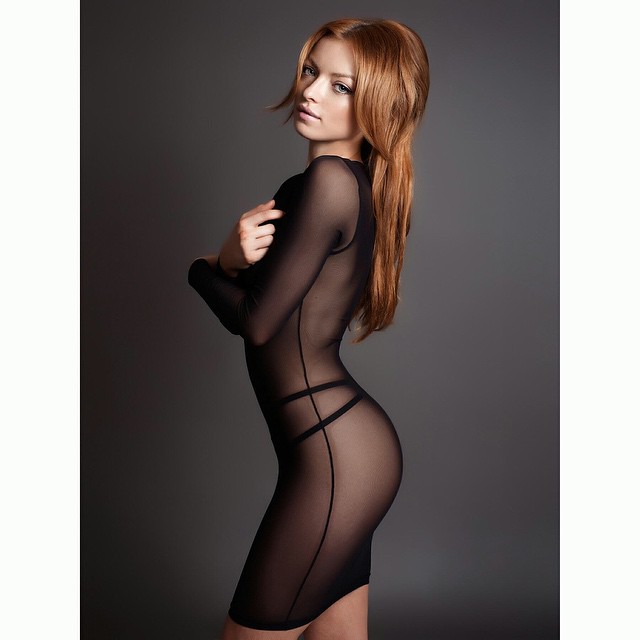 This woman will undoubtedly ‘Make Your Day’.  You see, she is the daughter of the magnum 44 wielding Dirty Harry.  Yup, Clint Eastwood!  Francesca Ruth Eastwood was born on August 7, 1993, to parents Clint Eastwood and Frances Fisher.

In 2017, she starred as the young and old version of the same character in the hit TV series Fargo. 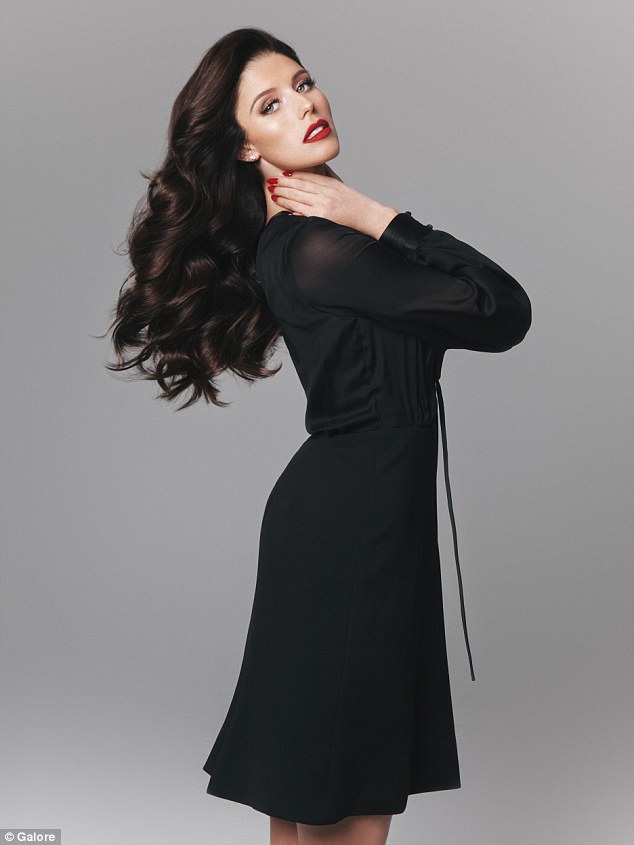 Who is Katherine Schwarzenegger?

This is the daughter of the ‘Commando’ and the T800.  So tread carefully…  seriously now, Katherine was born on December 13, 1989, to father Arnold Schwarzenegger and Maria Shriver. She is a published author and a certified hottie.

In 2010, Katherine published her book ‘Rock What You’ve Got: Secrets to Loving Your Inner and Outer Beauty from Someone Who’s Been There and Back’.  The purpose of having written the book is to help women’s confidence and self-esteem as she, herself, suffered body image issues from her 4th to 7th grade.

Katherine is a graduate of the University of Southern California’s journalism school and she has a degree in communication.

More of her pictures here. 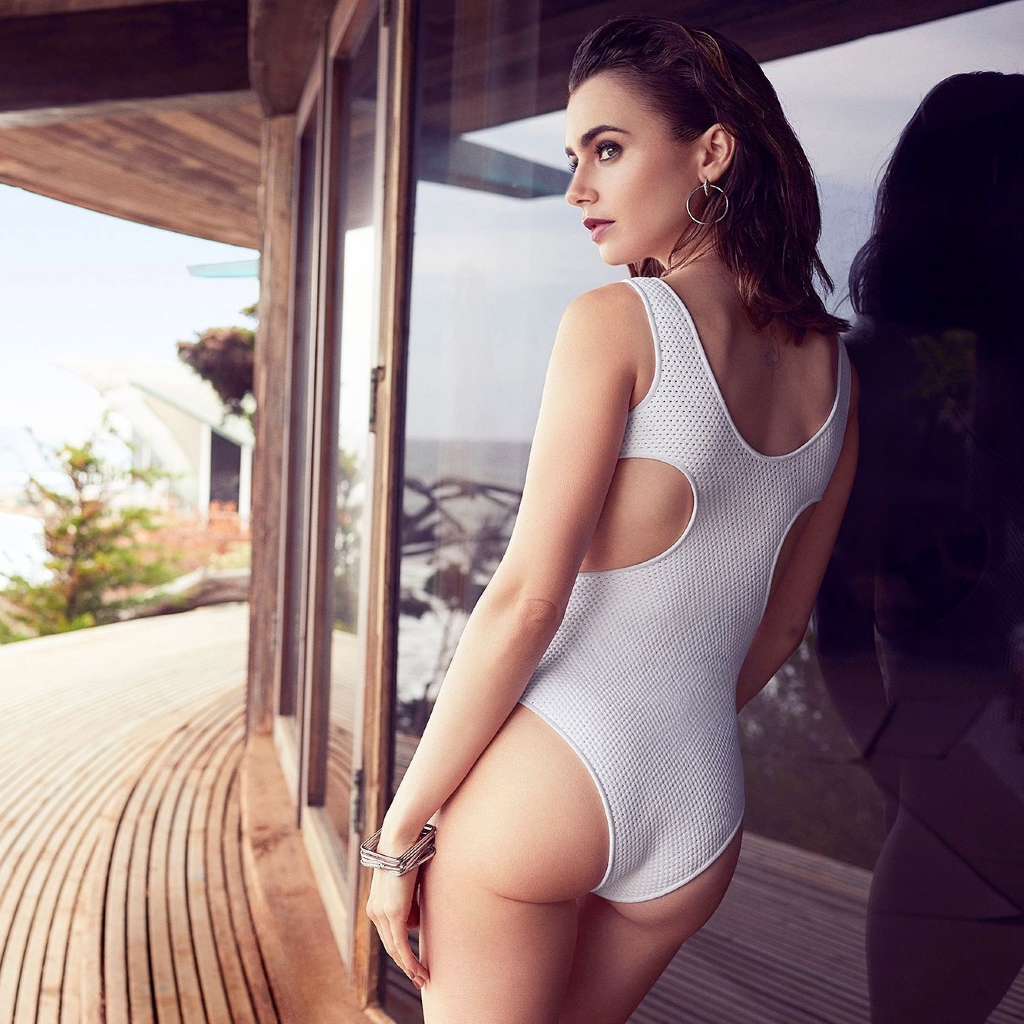 This angel here is a famous model, actress, and writer who is perhaps best-known for her roles in Mirror Mirror, The Blind Side, To the Bone and Abduction.  Lily was born on March 18, 1989, and is the daughter of legendary musician Phil Collins and Jill Tavelman.

Lily was the recipient of the 2008 Young Hollywood Award for ‘One to Watch’.  She also earned a Golden Globe nomination for her starring role in the 2016 film Rules Don’t Apply.

Aside from modeling and acting, she has also worked as a columnist for British Elle Girl, Seventeen, Teen Vogue, and Los Angeles Times magazines. 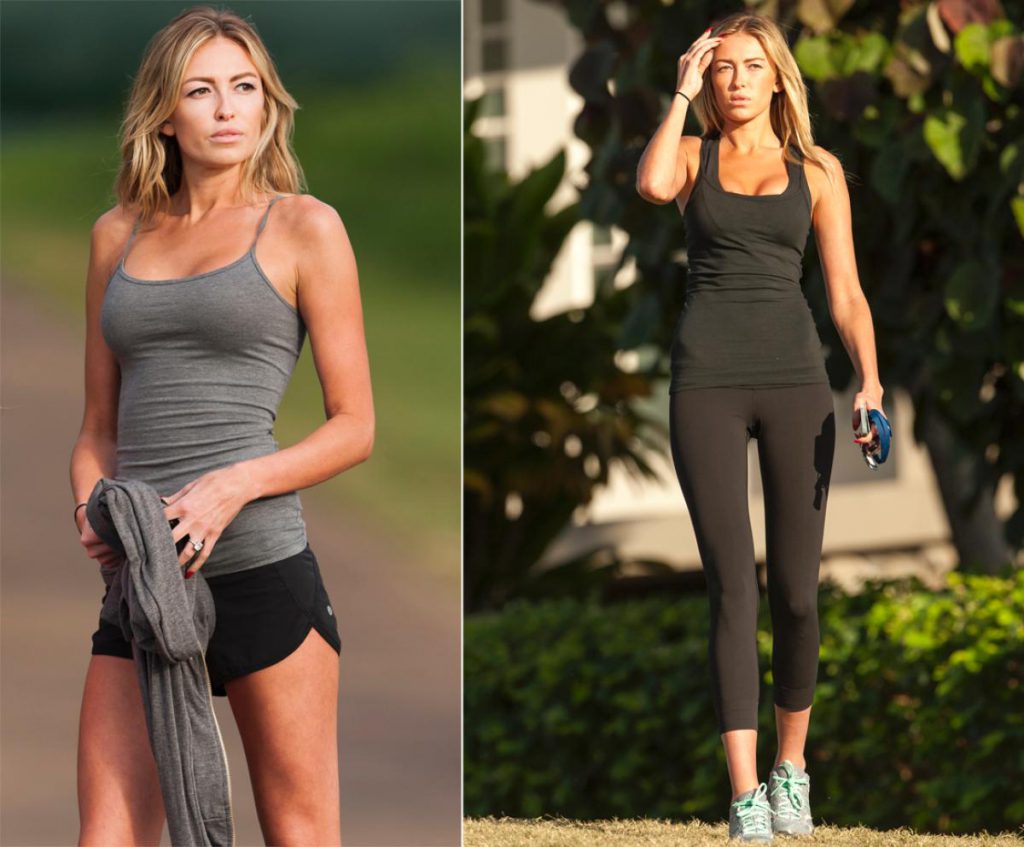 This super attractive woman is the daughter of NHL superstar Wayne Gretzky and Janet Jones.  She is a model and a singer and has released a single entitled “Collecting Dust,” which appeared on Laguna Beach: The Real Orange County.

Paulina came to the spotlight after her swimsuit pictures and Halloween costumes became popular on Imgur, Twitter, and Instagram.

She once performed at the prestigious 2003 Heritage Classic.

Paulina made an appearance in Adam Sandler‘s 2013 film, Grown Ups 2.

In 2013, Paulina got engaged to golfer Dustin Johnson after only six months of dating.  The couple is now parents to two sons named Tatum and River. 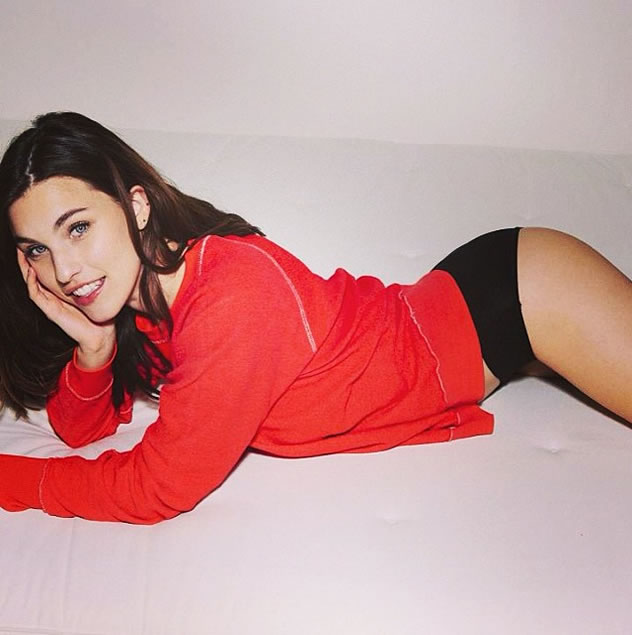 This gorgeous country singer was born on March 11, 1990, to parents Andie MacDowell and Paul Qualley.  Rainey is perhaps known for singles such as “Turn Me On Like The Radio” and “Me and Johnny Cash.”  She released her debut EP Turn Down the Lights in 2015 after signing with Cingle Records.

Rainey showed interest in music at a very young age and she started dancing when she was only 2-years old.

She has also worked in a film, making her win Miss Golden Globe 2012.

She likes vintage items and is a cat person.  She lived in New York and Montana before moving to Tennessee where she pursued a career in music. 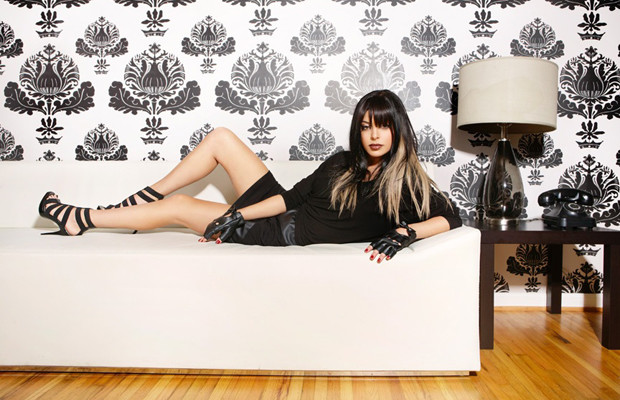 This mega-hot babe was born on April 17, 1990, to parents actor/director/producer/writer Joe Mantegna and Arlene Vrhel. At 13, she started to follow her in dad’s footsteps and by the age of 18, she starred in numerous movies and TV series.

Gia is a trained ballerina and gymnast hence the slim figure.  She is also a musician and she is good at playing both piano and saxophone.  Oh, and she can sing as well.

This sexy and pretty petite stands 5 feet, 4 inches and she has a slim but very desirable 34-24-35 body statistics. 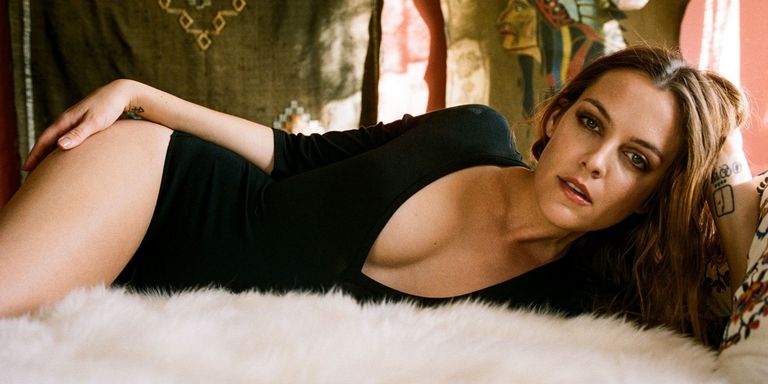 This one is the granddaughter of the King.  Yup, This rock royalty was born on May 29, 1989, in Los Angeles to parents Lisa Marie Presley (only child of rock icon Elvis Presley) and Danny Keough.  Oh, and she’s also the stepdaughter of another king…  Michael Jackson!

Riley had minor roles in the 2010 film The Runaways and 2012’s Magic Mike.  Her first starring role came in 2011 in an independent film titled The Good Doctor, which stars Orlando Bloom.  She then went on to play the character ‘Capable’ in Mad Max: Fury Road (2015).

When she was a teenager, Riley walked the runway for Dolce & Gabbana.

Check out more of her pictures here: Riley Keough pictures 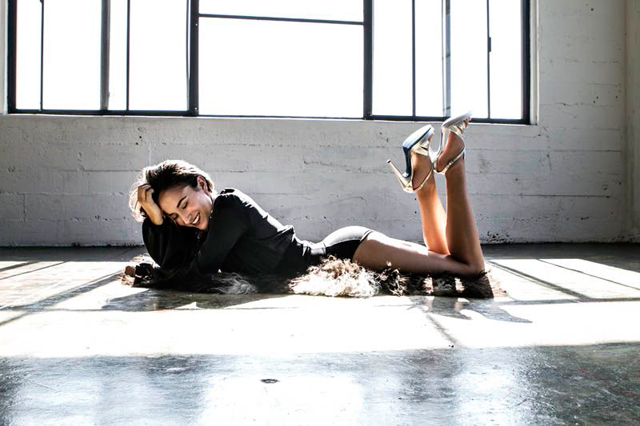 This uber gorgeous lady was named by her father, the late, great Robin Williams after the popular video game ‘The Legend of Zelda’.  She has appeared in a number of TV series and films like Teen Wolf, Nine Months, and Teenage Mutant Ninja Turtles.  She also landed a starring role in 2016 Freeform series Dead of Summer.

She made her debut in the movie for TV ‘In Search of Dr. Seuss.

In 2007, Zelda here was featured in People Magazine’s 100 Most Beautiful People. 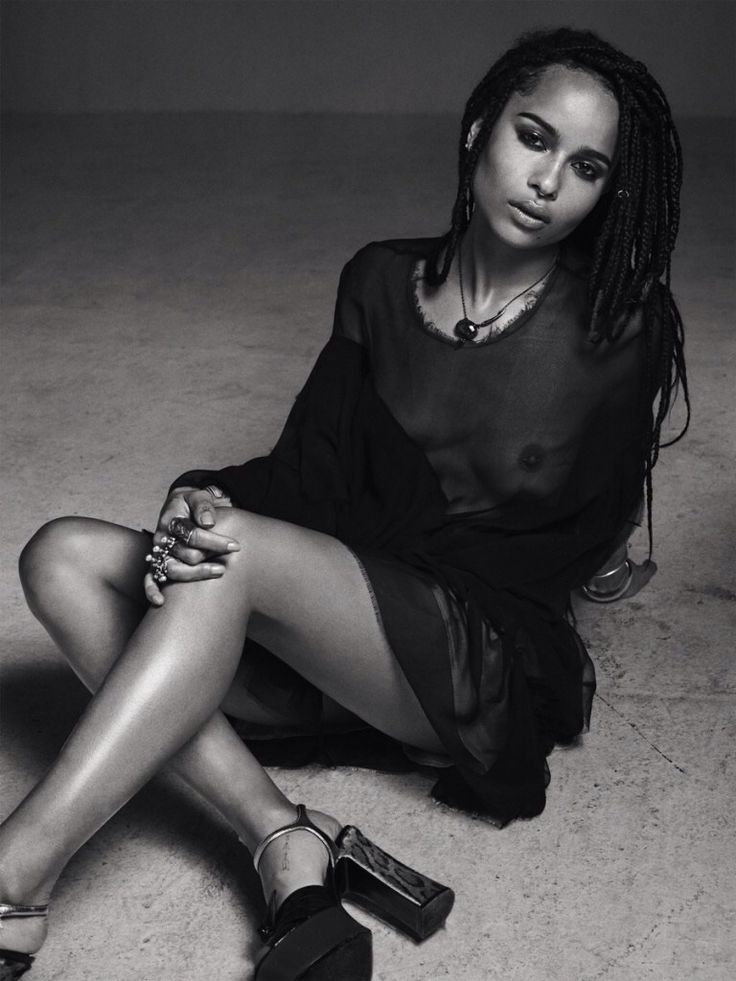 It ain’t over, till it’s over!  This hot lady is the daughter of rock star Lenny Kravitz.  She’s an actress, model, and yeah, a musician (a singer to be exact) like her dad.  Zoe was born on December 1, 1988, in Los Angeles, California.  She attended the State University of New York at Purchase to study acting, but she left after only one year to focus full-time on acting.  Zoe has been in several popular movies, appearing in X-Men: First Class, No Reservations, and The Brave One.  She also portrayed the role of Christina in the 2014 science fiction film Divergent and as ‘Toast the Knowing’ in the 2015 film Mad Max: Fury Road.

Zoe’s parent divorced in 1993. Her mom, Lisa Bonet, married Jason Momoa in 2017 so that makes Aquaman her stepdad.

She used to share clothes with her dad in her teens and she is very fond of piercings and tattoos.

Check out our Zoe Kravitz page