Can it get any hotter than this?  Probably but you got to admit, this is one of the hottest articles we have ever published.  I mean, this woman is just sizzling! 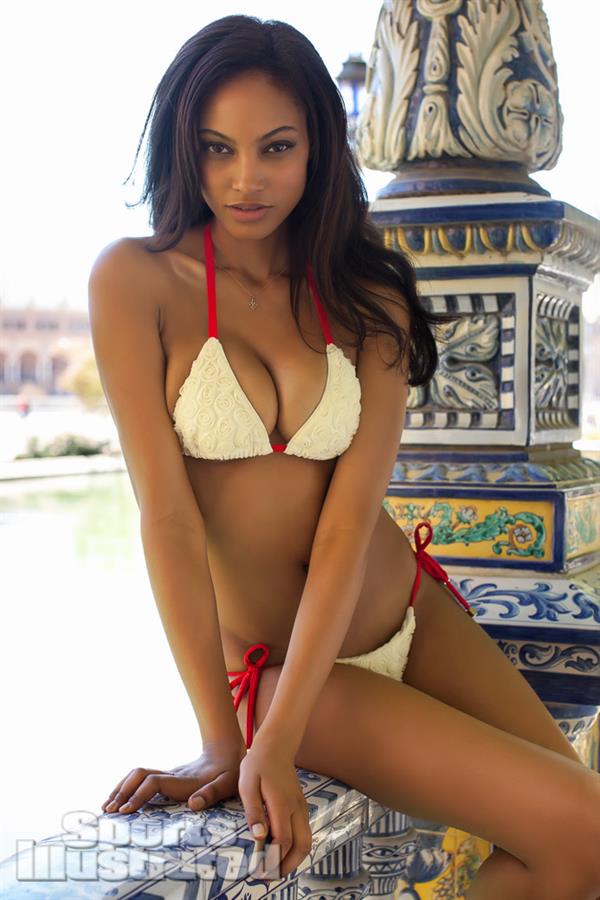 Yup, every inch of her body is just sexy.  Everything! Man, she’s like a goddess of hotness.  Oh, and with her here, your drooling is understandable.  I mean, I’m also wiping my keyboard while writing this.  And yes, she’s kind of making it hard for me to focus on everything else (other than her).

Who is Ariel Meredith? 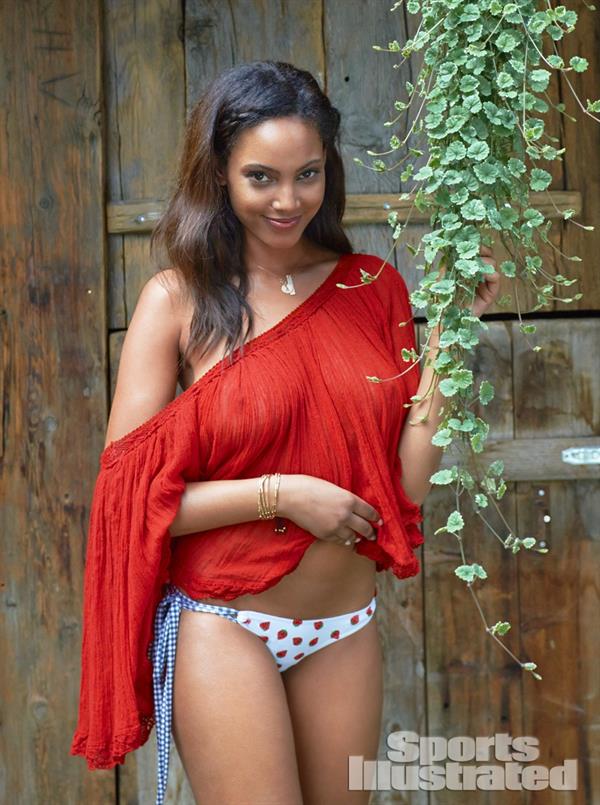 Ariel Meredith was born on July 21, 1986, in Shreveport, Louisiana.  During high school, she was on the student council and took an interest in government.  She was a senior class parliamentarian and a senior senator on the student council of her 2001–2002 class at Huntington High School.  After high school graduation, she moved to New York City.  In 1998, she won top honors at a modeling competition in Dallas that had over 500 contestants.  This led to a contract with Ford Models. 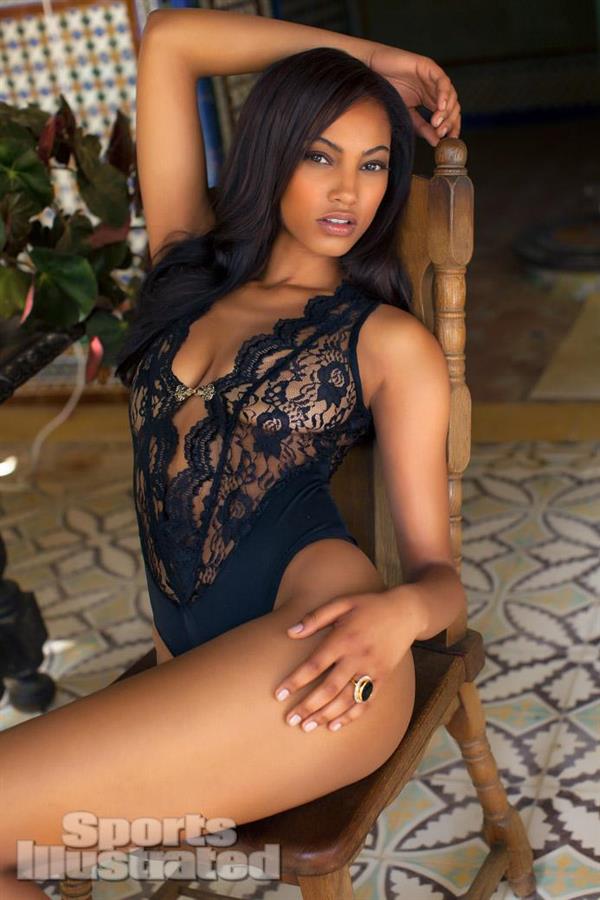 Although she was discovered at age 14 she did not pursue modeling as a full-time career until after she completed her education in 2008.  In 1998, she won top honors at a modeling competition in Dallas that had over 500 contestants.  This led to a contract with Ford Model in New York and Campbell Modeling Agency in Dallas.  As a teenager, she had appearances in Seventeen, Teen Cosmopolitan, Cosmopolitan, and Teen magazines.  She began traveling domestically while still in school.  In 2002, she appeared on the MTV show Fashionably Loud.  She started modeling regularly in 2005.  When one of her early modeling agencies demanded that she have breast reduction surgery, she refused and was dropped from the agency.

She debuted for Vera Wang’s Spring Show in New York in September 2008.  Ariel also appeared in shows for a total of eleven fashion designers including an opening performance for Junya Watanabe, which marked her rising stardom.  She also did performances in runway shows for Baby Phat, Brioni, Clips, Diesel, D&G, Elie Saab, Junya Watanabe, La Perla, Milly, Vera Wang and many more.  According to The Times-Picayune, her September 2008 New York and Milan Fashion week performances led to her classification as a rising star in the modeling industry. 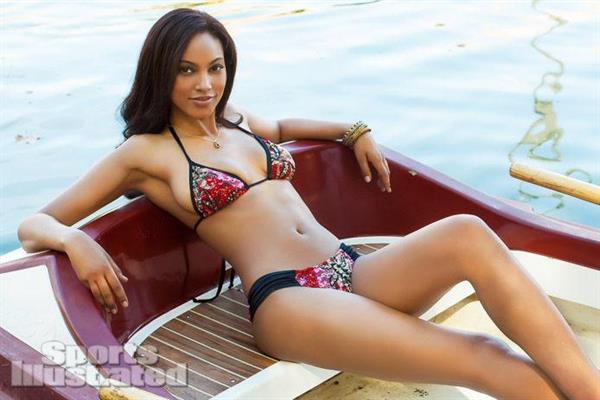 In 2009 she was featured in the Spring/Summer Dolce & Gabbana advertising campaign.  She has also posed for J.Crew, Ann Taylor Loft, H&M, David’s Bridal, Cover Girl Eyewear, Fossil, Target, Garnier Fructis, Nine West, Roca Wear, Victoria’s Secret, The Limited, Sephora, Levi’s, and Gap.  Meredith shot the 2009 Swimsuit issue at beaches, lagoons, cantinas, and nature preserve near Tulum, Mexico on the Mayan Riviera.  As of 2014, she is under representations from Supreme Management in New York City.

The New York Times mentioned her YouTube beauty secret video on using a toothbrush to exfoliate one’s lips prior to applying lip gloss in 2007.

In 2014, Ariel got engaged to NFL receiver Hakeem Nicks and the couple welcomed a son in 2015. 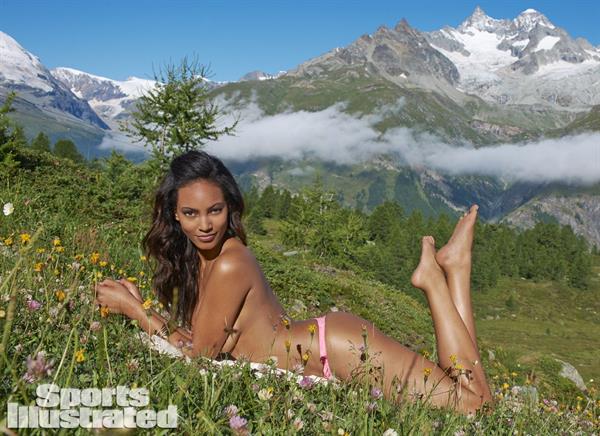 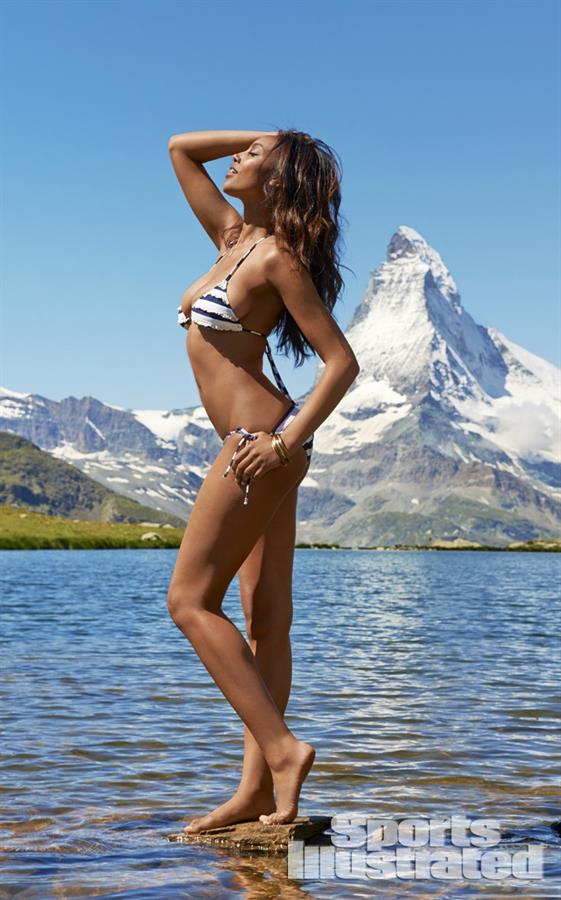 Follow her on Instagram for her latest lifestyle posts.
Also, check out our Ariel Meredith page for more of her. 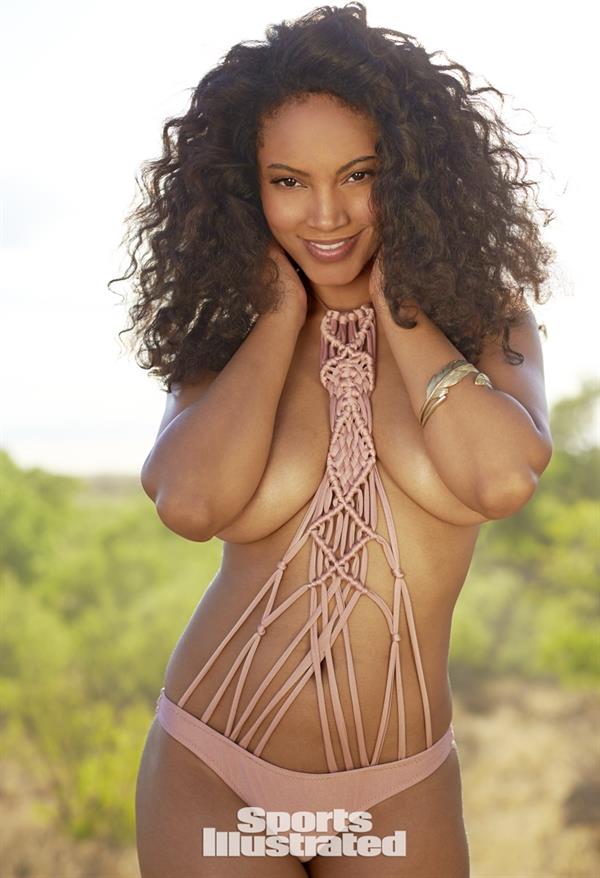 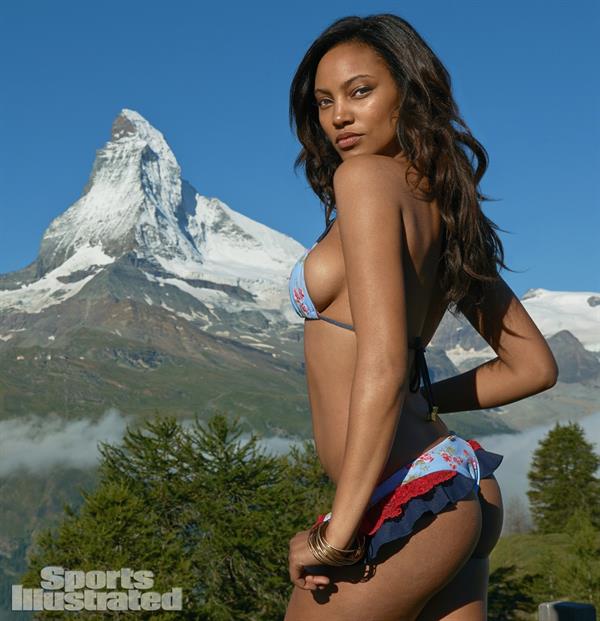 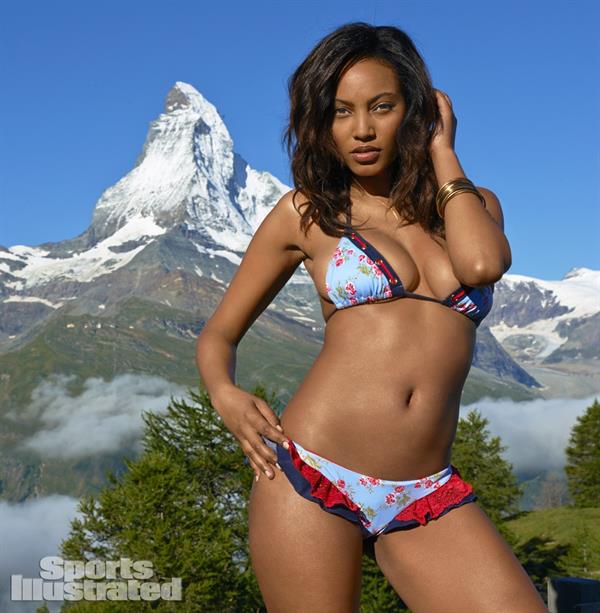 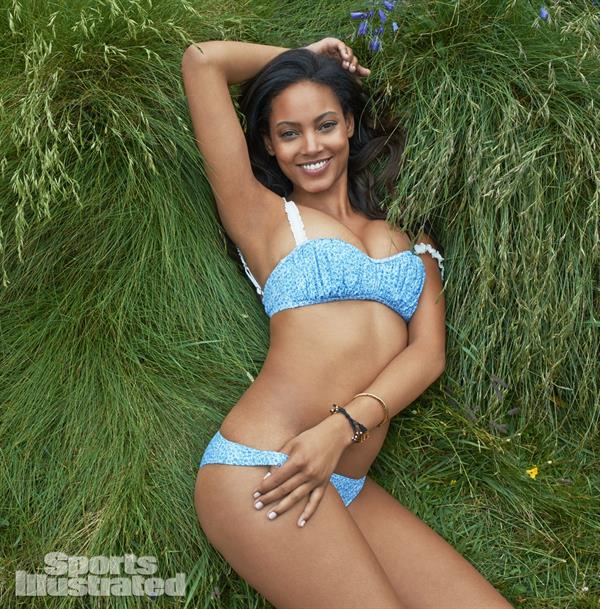 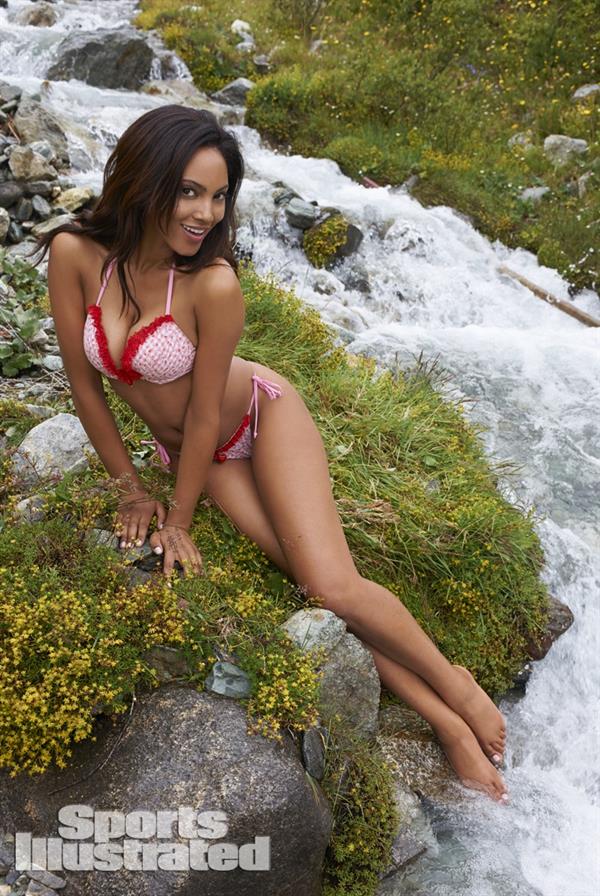 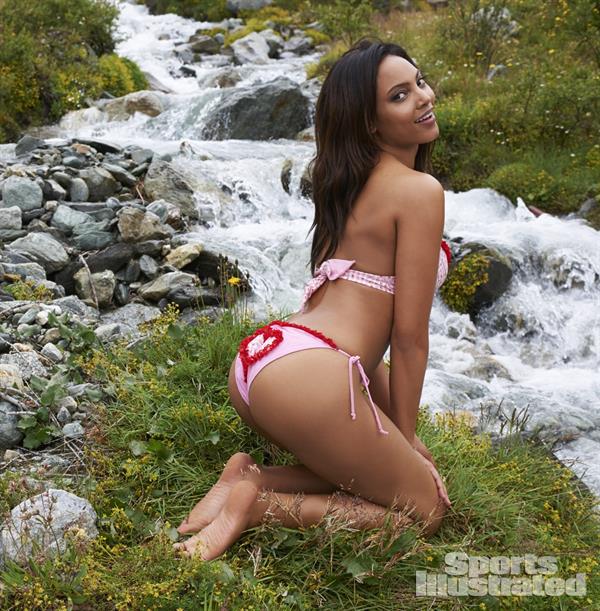 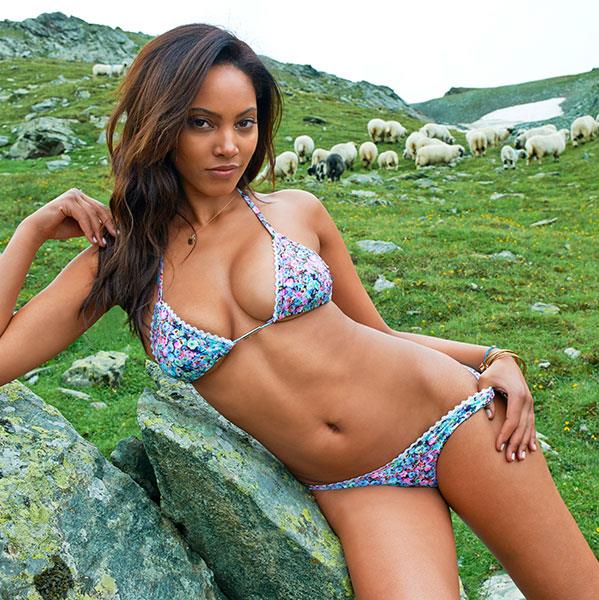 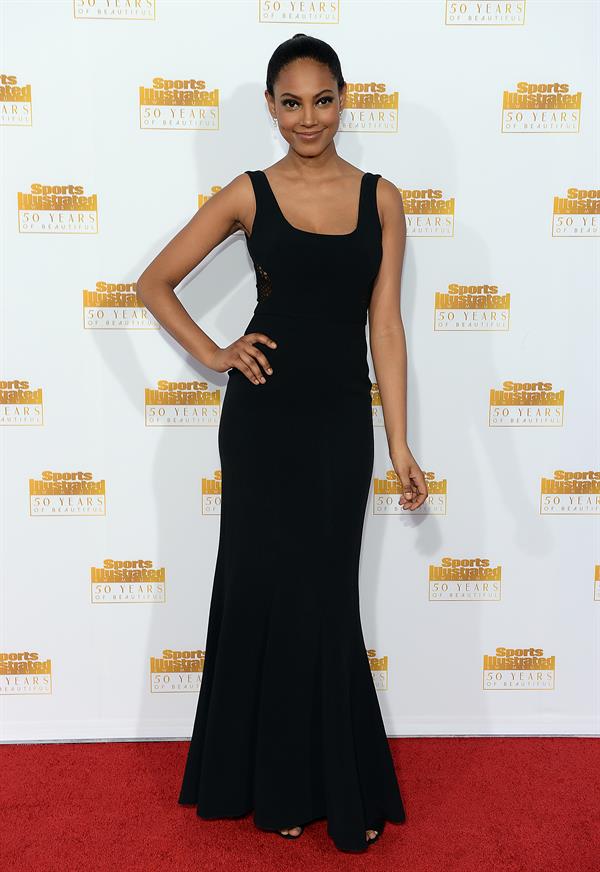 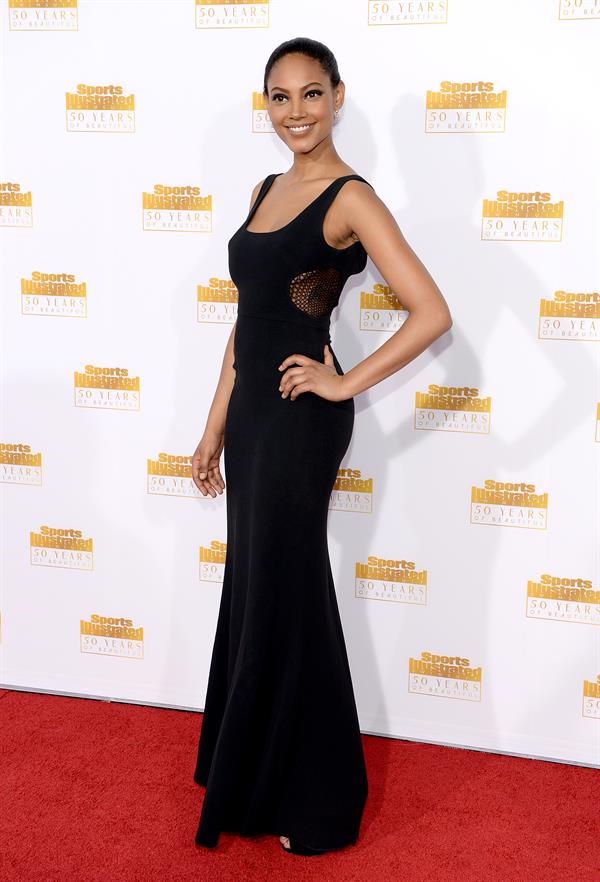 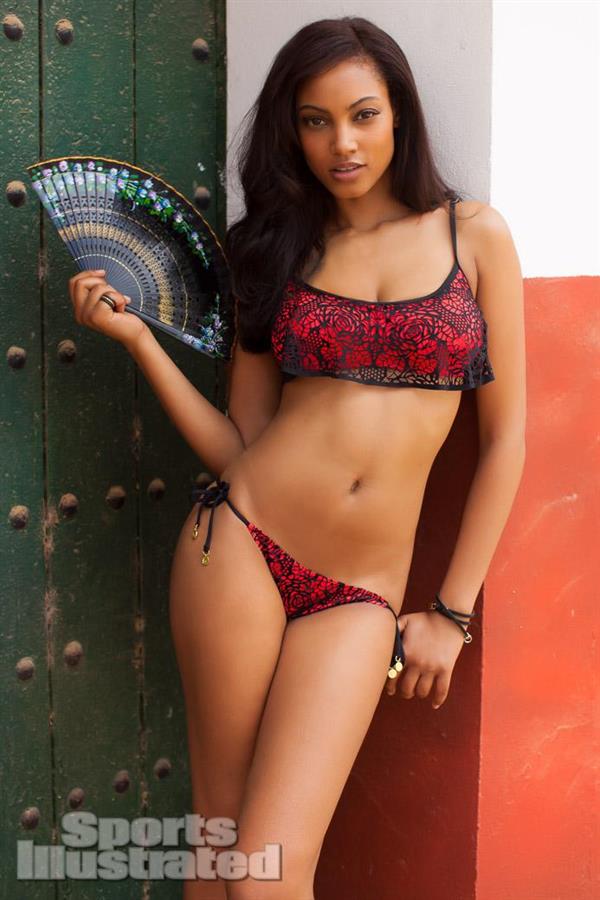 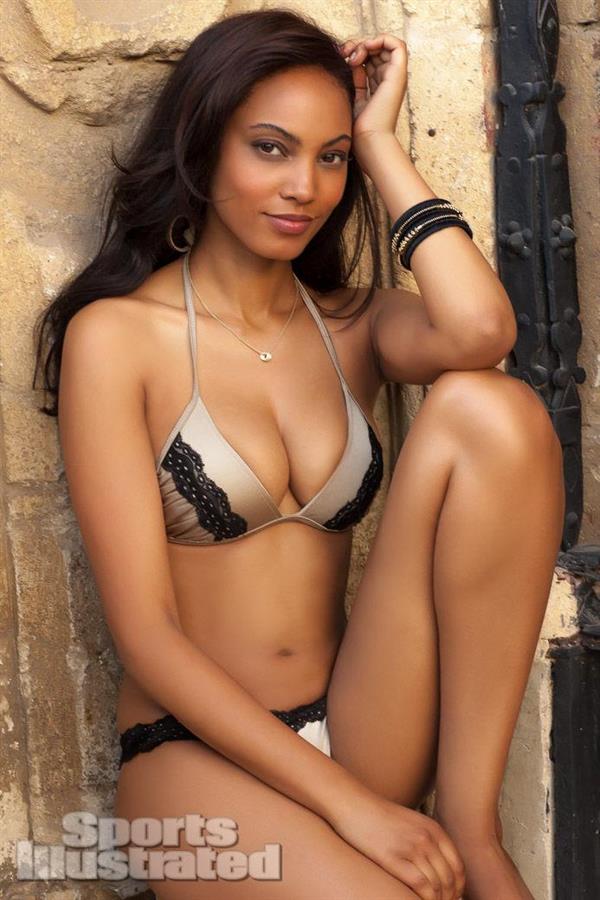 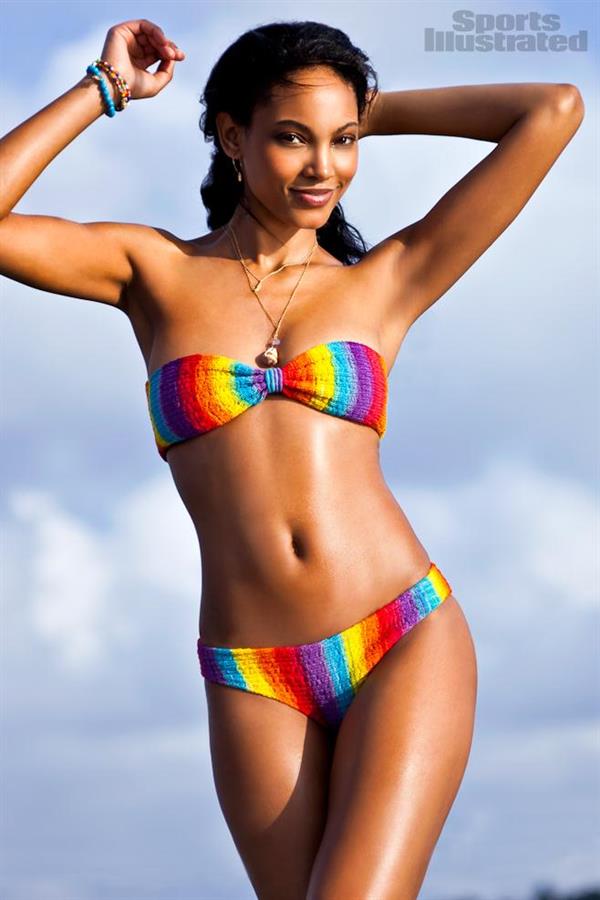