Now, this is what all of us wants to see in a bar!  We won’t hit or talk to her…  We’re just going to stare shamelessly (to the point of making her feel uncomfortable) at her until she stands up and saunters out of there.  Then we’ll chase her with our stares and ogle at her behind… 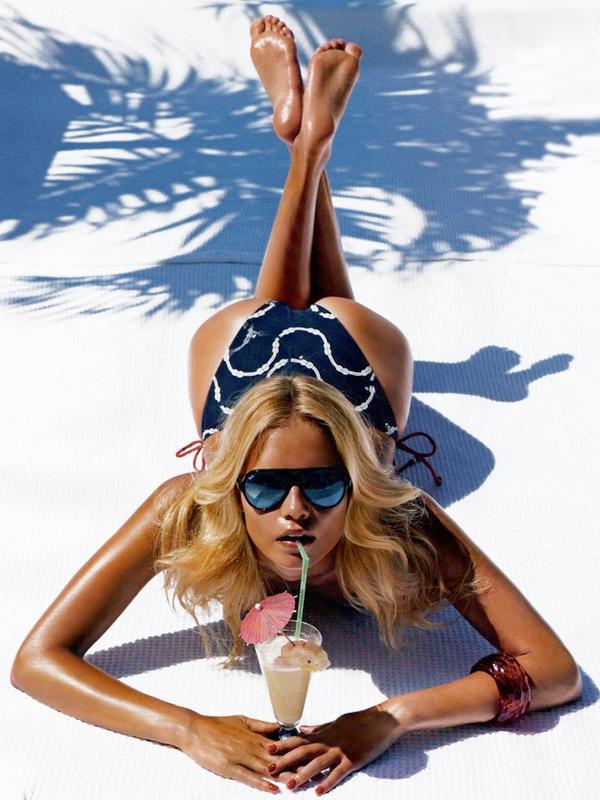 Yup, Natasha Poly possesses hotness that would turn every man into a creep.  But of course, you already know that…

Who is Natasha Poly?

Natalya Polevshchikova, known professionally as Natasha Poly, is a Russian fashion model who has appeared 6 times on the cover of Vogue and modeled for high-end brands such as Lanvin, D&G, Louis Vuitton, Roberto Cavalli, and Sonia Rykiel.  She has also walked the runway for brands such as Balenciaga, Alexander McQueen, Chanel, Gucci, and Victoria’s Secret. 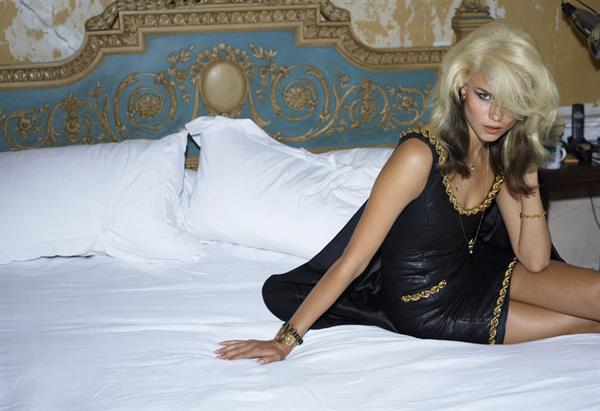 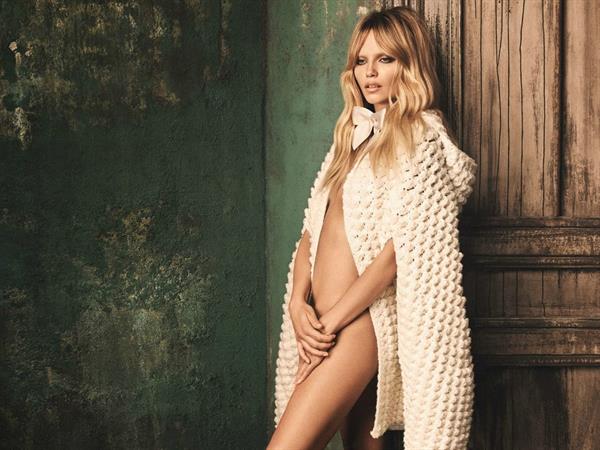 Natasha began modeling in her home country of Russia after being discovered by Mauro Palmentieri when she was 15 years old.  They invited her to Moscow to participate in the Russian model search competition “New Model Today”, where she got second place.  She made her runway debut in 2004 during which she walked in 54 fashion shows in Milan, Paris and New York City, and appeared on several magazine covers.  Moreover, she walked for the renowned Victoria’s Secret Fashion Show in 2005 and 2006. Natasha also appeared on Pirelli Calendar twice, in 2011 and 2012 respectively. 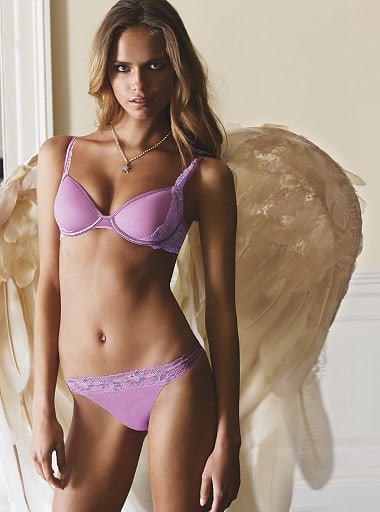 Natasha had to shorten her name to Natasha Poly because Polevshchikova was too long and too hard to pronounce.

She tripped and dropped her shoe at the Victoria’s Secret Fashion Show in 2005.

She has maintained a reputation for never falling on a runway…  Hence, she refused to walk in Alexander McQueen’s Spring 2010 show featuring 10-inch “lobster” heels because models kept falling and even twisting their ankles.

Natasha married Peter Bakker in 2011.  The marriage ceremony was held at Hotel Bylos in Saint Tropez, which was a three-day wedding ceremony.  The couple now has two children: a daughter Aleksandra Christina Bakker (September 2013) and a son Adrian Grey Bakker (March 30, 2019). 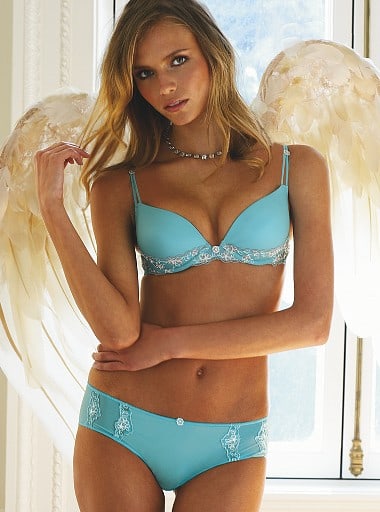 Natasha was the most sought-after model in the fashion world at the peak of her career in the 2000s. 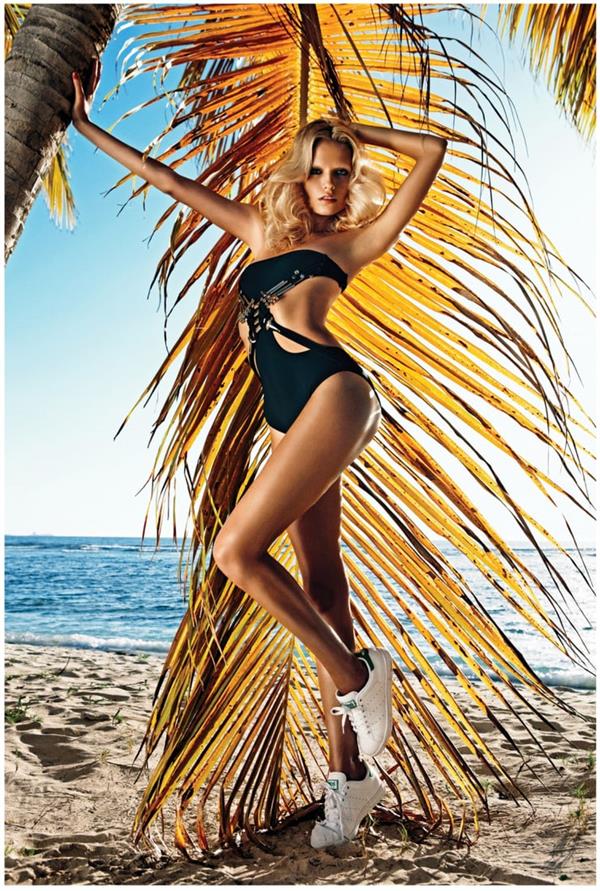 Join her almost 1 million followers on Instagram for a daily dose of her looks.
Also, do check out our Natasha Poly page for oodles of her beautiful pictures. 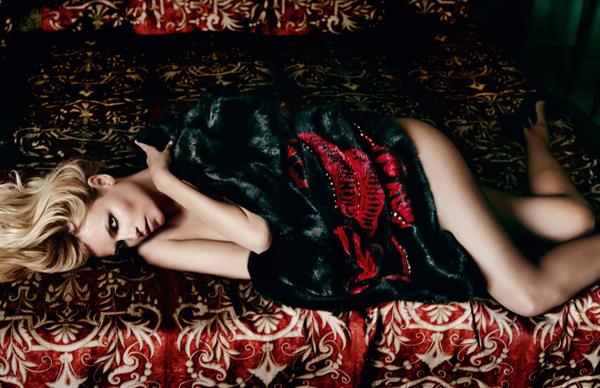 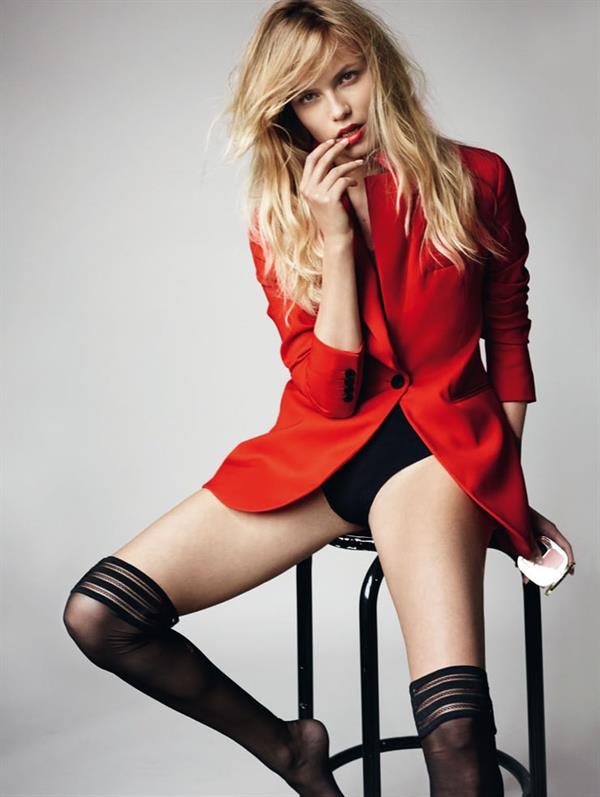 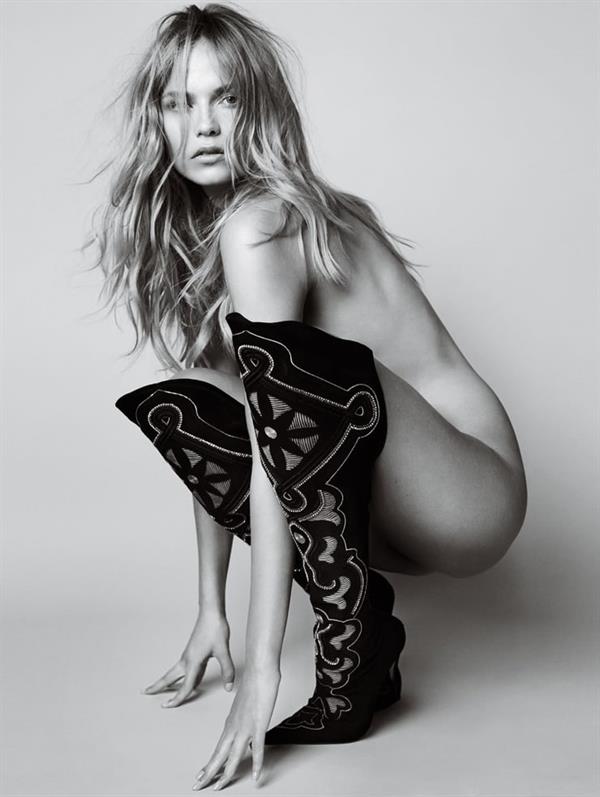 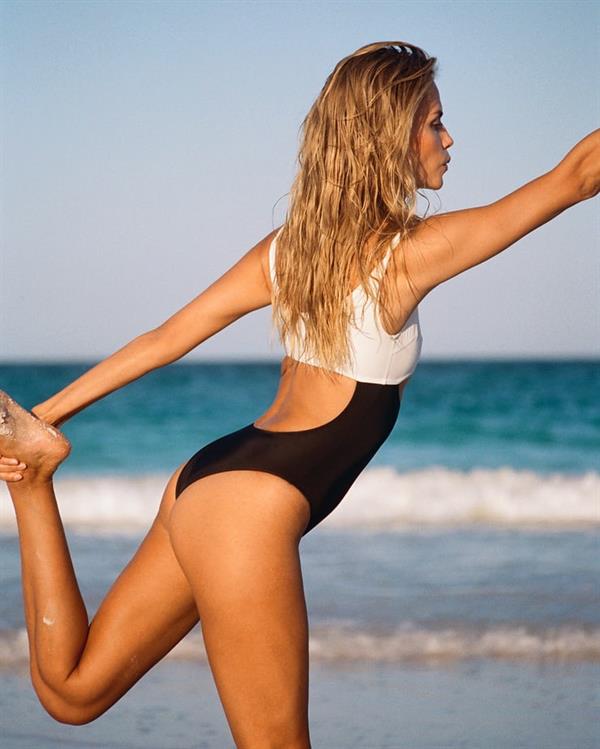