Wow!  Just wow!  Karolina Kurkova, ladies and gentlemen.  A fantasy you’ll never forget.  And yes, it took us so long to feature her.  But worry not, as she is here now.  To heat up your blood and awaken the wolf that slumbers in your crotch.  Her photos will excite you… 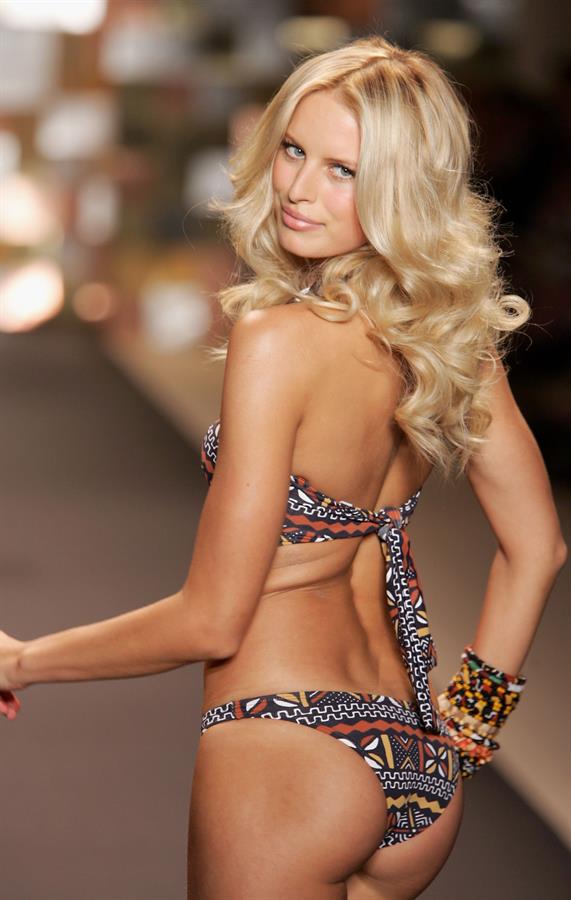 And that excitement will last a day or two.  You probably won’t stop dreaming about her after this article.  And you’d probably make her your mobile’s screen saver.

Who is Karolina Kurkova?

Karolina is a Czech supermodel who is most famous for her work as a Victoria’s Secret lingerie model.  She has appeared in nine Victoria’s Secret Fashion shows between 2000 and 2010 and was named a Victoria’s Secret Angel in 2005.  She has graced the covers of such notable fashion magazines as Vogue, Elle, Vanity Fair, and Esquire among others.  In 2002, she was named Model of the Year at the VH1/Vogue Fashion Awards.  She also has worked as an actress in movies such as G.I. Joe: The Rise of Cobra and TV series, Chuck, 30 Rock and Person of Interest. 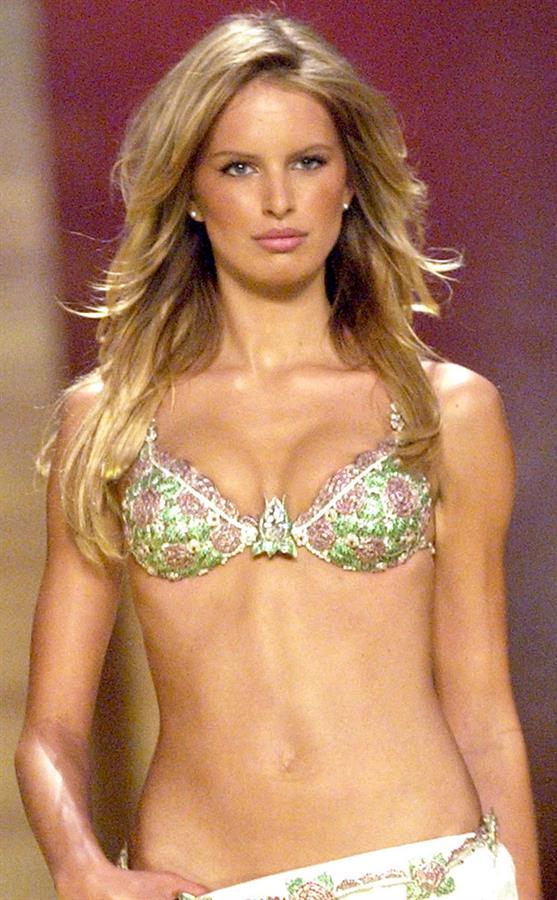 Karolina was also labeled the “next supermodel” by Anna Wintour, she became one of the highest-earning models of 2007, pocketing an estimated $5 million.  She was also selected by People Magazine as one of the “50 Most Beautiful People” of 2004.

Karolina Isela Kurkova was born on February 28, 1984, in Decín, Czechoslovakia, to Josef Kurka, a Czech basketball player, and a Slovak mother.  As a child, she felt quite awkward and gangly as other children used to make fun of her because of her height.  But it all changed after one of her friends sent photos of Karolina to a modeling agency in Prague.  At the age of 15, she landed her first runway appearance and also appeared in some gigs for commercial and print advertising.

She later traveled to Milan to gain more experience and signed a modeling contract with the renowned Italian fashion designer, Miuccia Prada.

In September 1999, she appeared in the American edition of the fashion and lifestyle magazine ‘Vogue’.  Later at the age of 17, she graced the cover of the February 2001 edition, becoming one of the youngest models ever to appear on the magazine’s cover.  In her extensive modeling career, she has featured on numerous international magazine covers and has ramp walked for global brands including ‘Versace’, ‘Ralph Lauren’ and ‘Louis Vuitton’.  After attracting much attention for her stunning looks and figure, she began her acting career and has featured in Hollywood films as well as television shows. 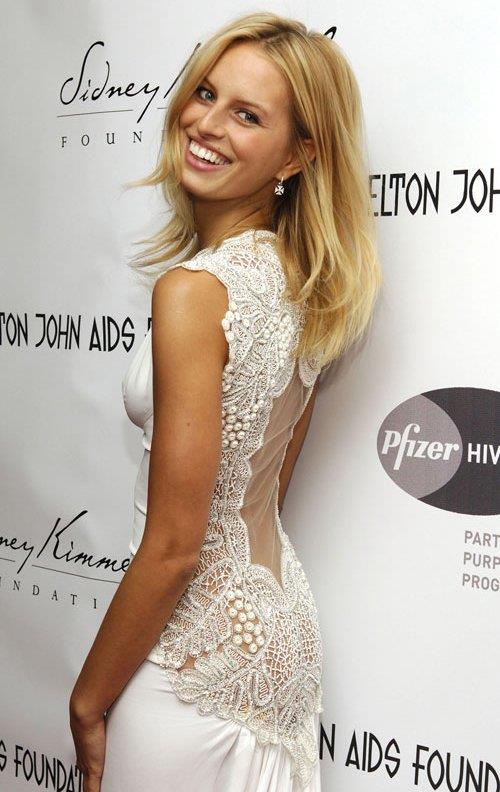 Throughout her modeling career, she has appeared in over 25 ‘Vogue’ magazine covers around the world including the French, Italian and German editions.  Alongside, she has also featured in international editions of ‘Vanity Fair’, ‘Elle’, and ‘The Face’.

Apart from being a successful model, she is also an aspiring actress and has appeared in some TV shows including ‘Showbiz Tonight’, ‘The Tonight Show’ with Jay Leno, and ‘Miss Junior 2005’.

In 2002, she was named the ‘Model of the Year’ at the VH1/Vogue Fashion Awards and still remains the youngest model ever to receive the honor.  The following year, she received the Atmosphere Magazine Award at the Madrid Planet Hollywood restaurant.

In 2004, she was selected as one of the world’s ‘50 Most Beautiful People’ by People Magazine.  In March 2006, Karolina was presented with an award from the non-profit organization ‘Women Together’ for her humanitarian work.  Karolina received a star on the ‘Hollywood Walk of Fame’ in 2007 and in November 2008, she was voted the ‘World’s Sexiest Woman’ by the E! Entertainment Television, beating the likes of Angelina Jolie and Scarlett Johansson. 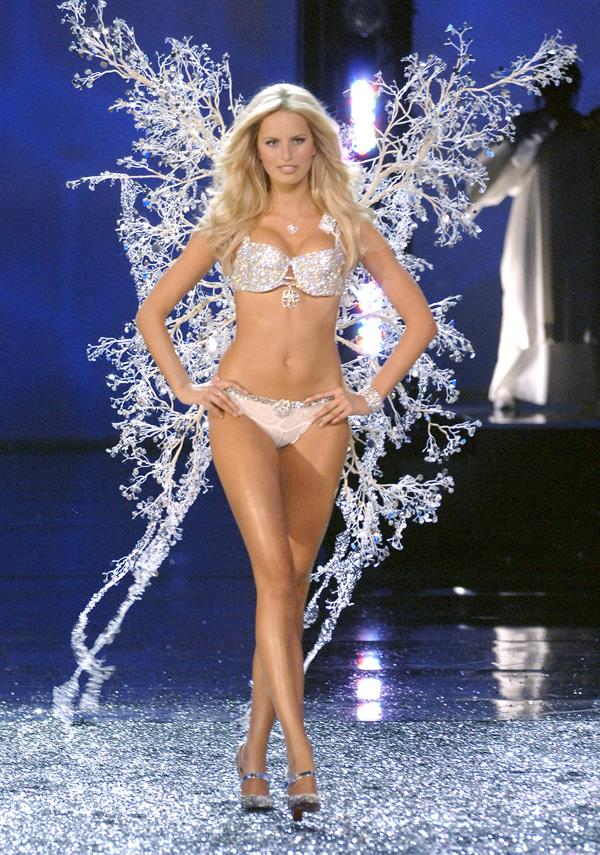 In 2012, she was honored as the ‘Style Icon’ at the Vienna Awards for Fashion and Lifestyle.  Karolina was also listed by Forbes as one of the top-earning supermodels in the world.  She has also conferred the GALA Spa Award in the category of “Beauty Idol”, which was awarded by one of Germany’s People magazine. 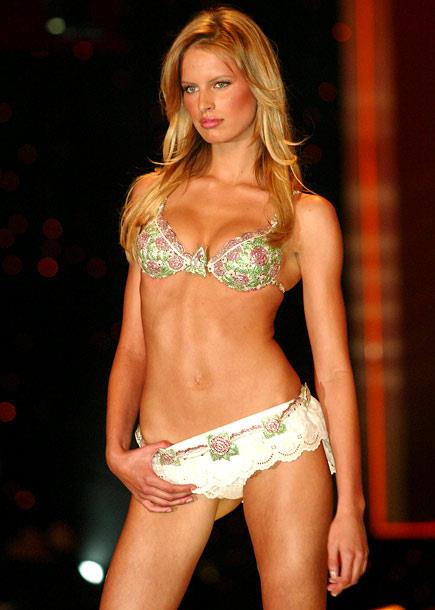 Due to a surgery she had at a very young age, she has no visible belly button, but instead a smooth indentation.  Her photos were digitally altered to add the missing belly button.

In January 2009, it was reported that she was suffering from a disease called ‘hypothyroidism’.  As a result, she developed symptoms of premature menopause and gained 30 pounds. 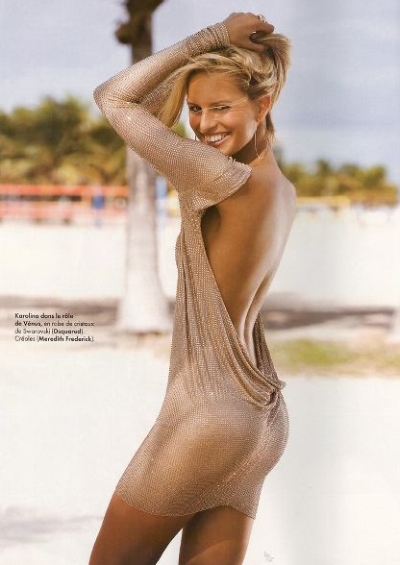 Follow Karolina on Instagram for the latest about her.
Also, do visit our Karolina Kurkova page for more of her. 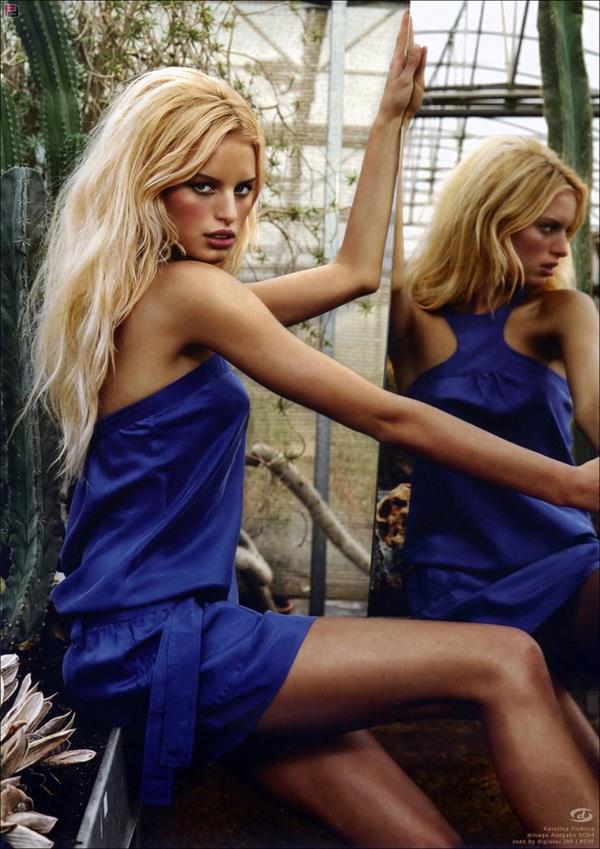 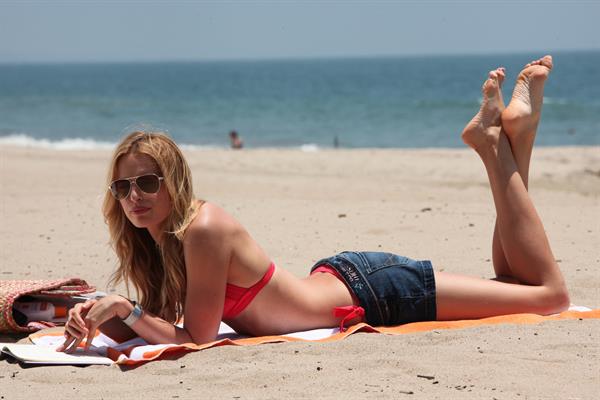 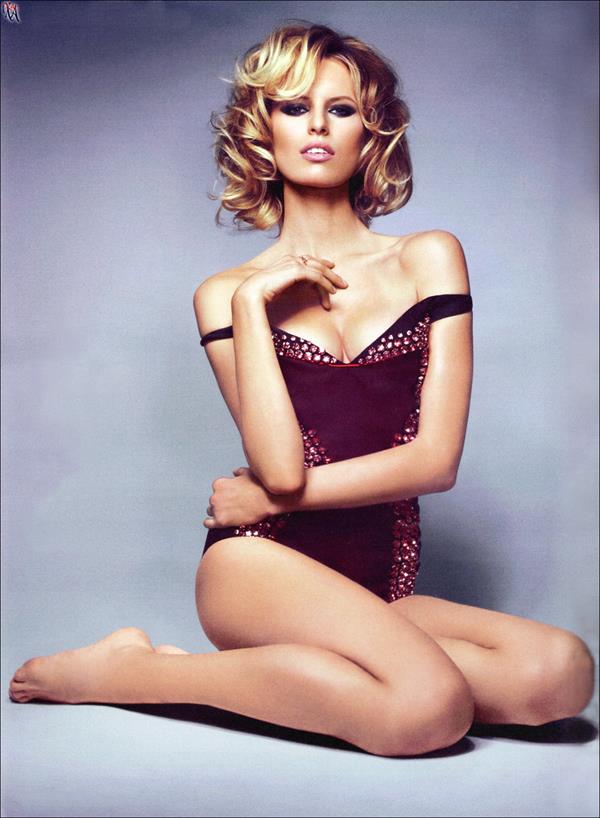 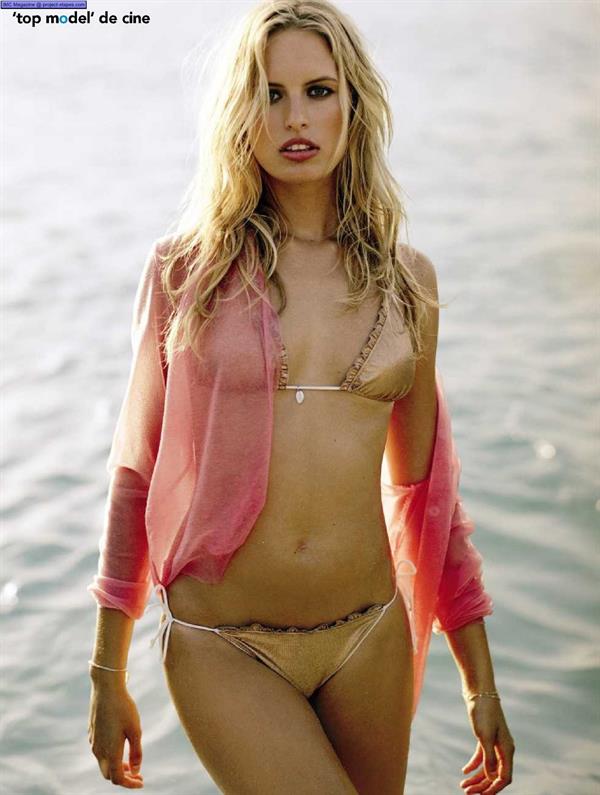 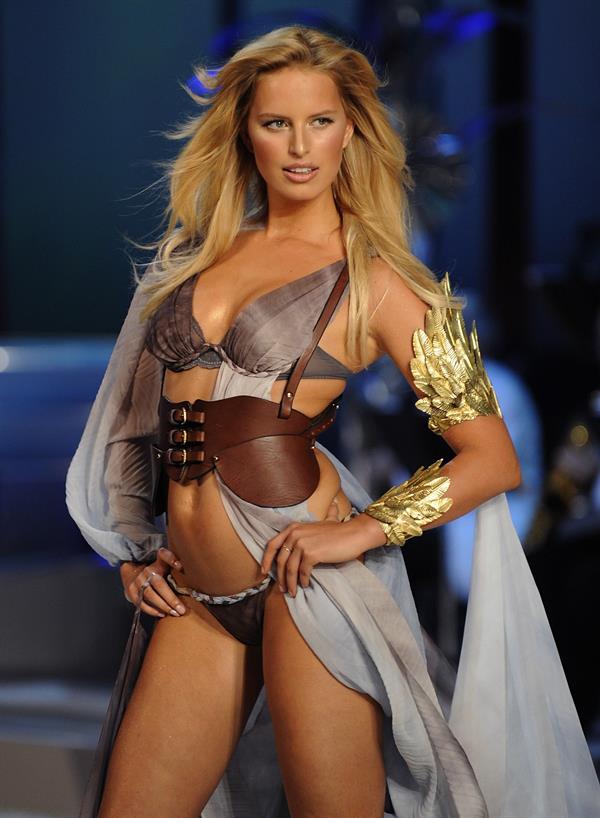 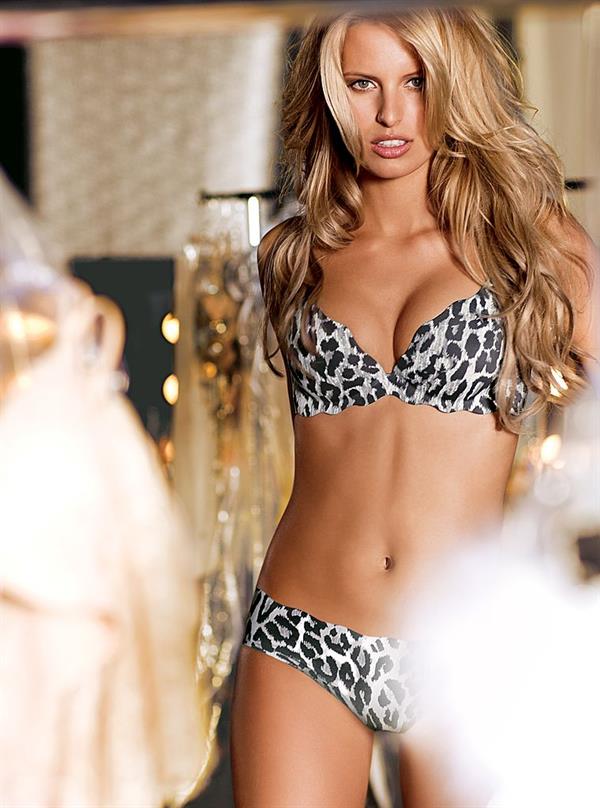 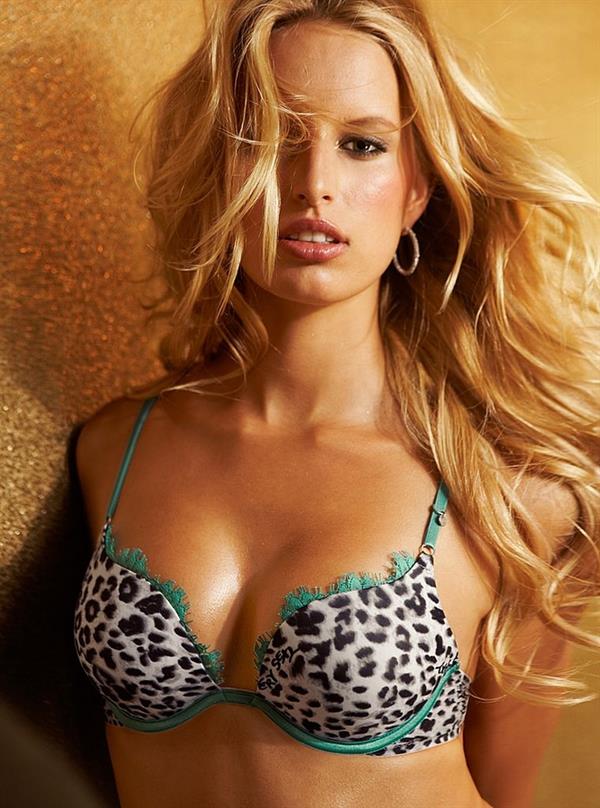 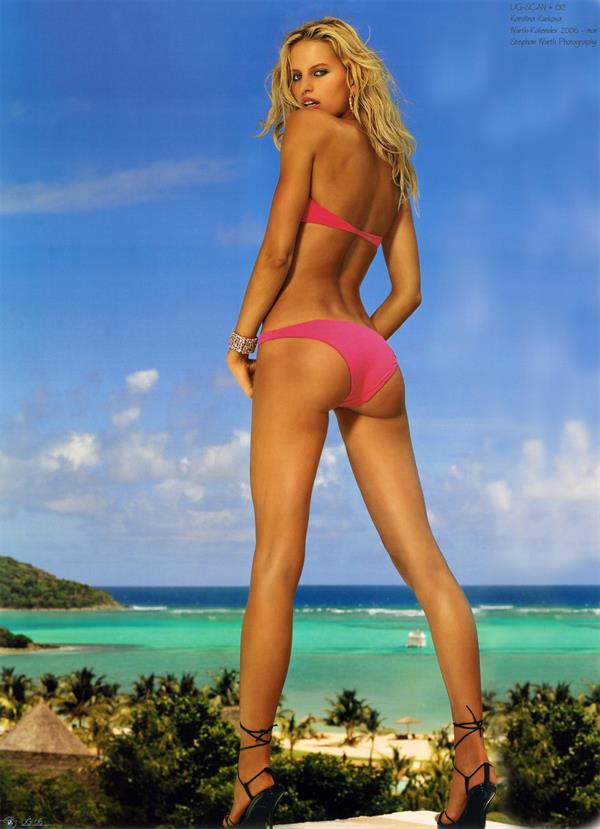 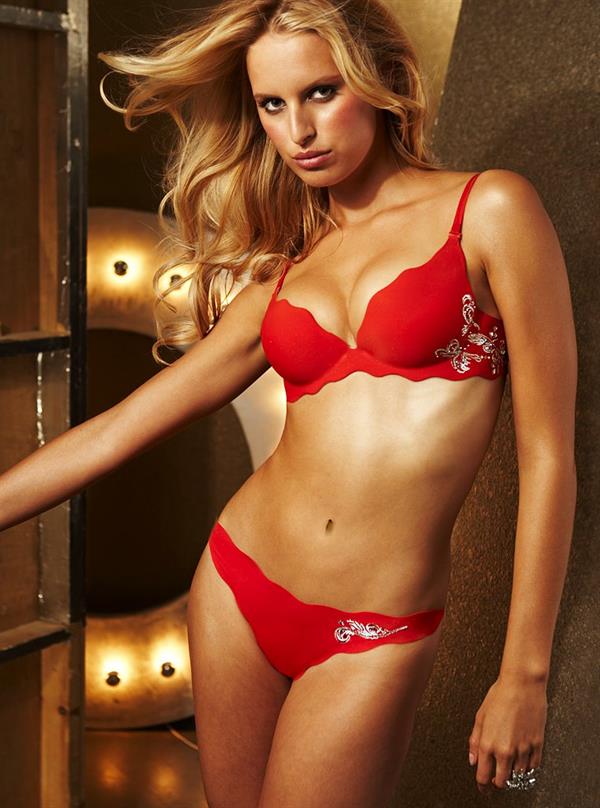