Mikaela Shiffrin is a crush of ours since…  Oh, I don’t…  Maybe since the first time we saw her.  She just has that look.  A respectable but at the same time oozing with sexiness look.  Something that is quite rare on those near-naked Instagram models.  Now, don’t get me wrong.  We love those IG babes and we have nothing against them.  It’s just that, sometimes (most of the time, actually), we look for someone who doesn’t need to show a lot of skin to be called hot. 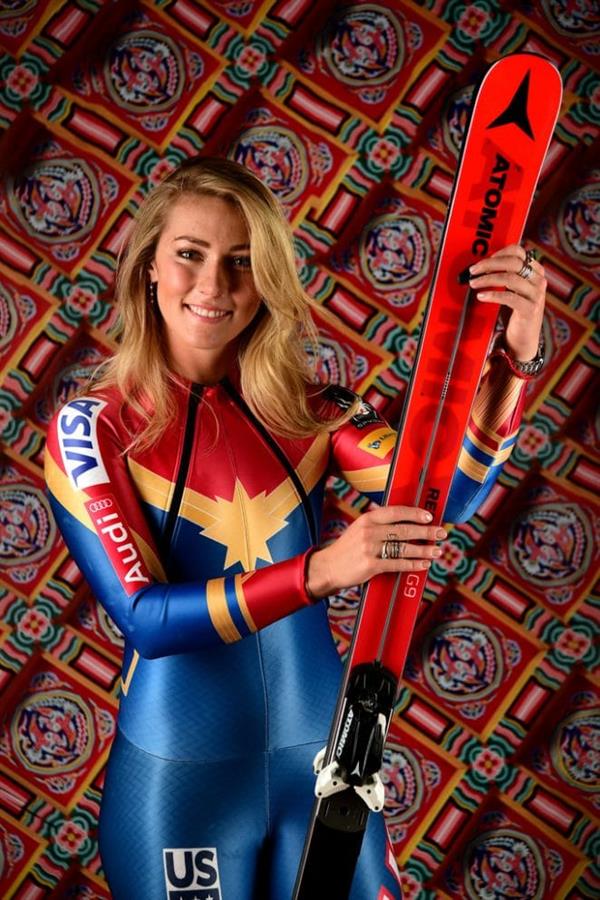 Who is Mikaela Shiffrin? 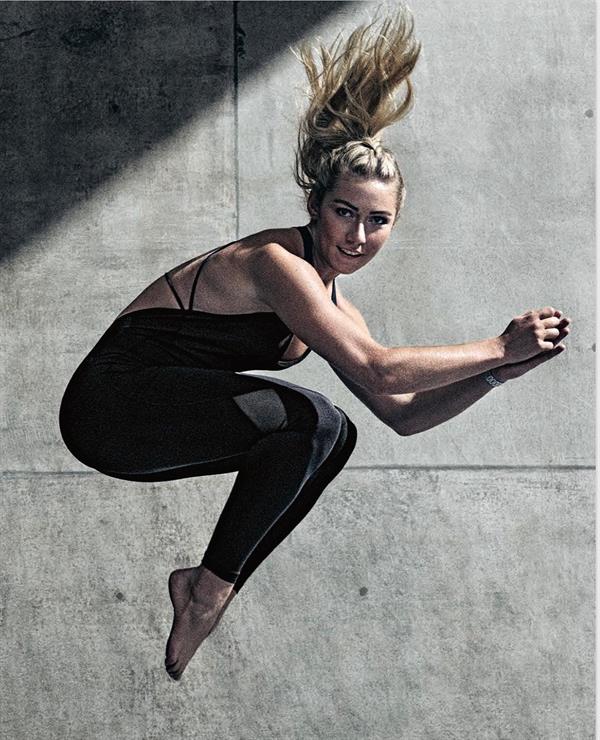 Mikaela Shiffrin was born on March 13, 1995, in Vail, Colorado.  She is the second child of Eileen (née Condron) and Jeff Shiffrin, both originally from the Northeastern United States and former ski racers. Mikaela’s father Jeff grew up in New Jersey but was an avid skier on weekends in Vermont.  Her mother Eileen raced in high school in northwestern Massachusetts in the Berkshires, and brother Taylor (born 1992), raced for the University of Denver. 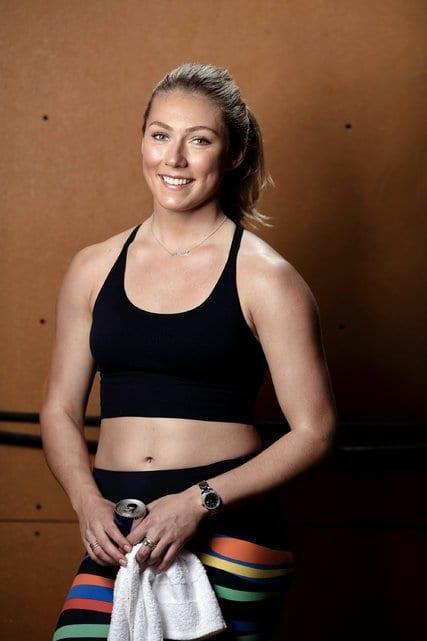 When Mikaela was eight in 2003, the family moved to rural New Hampshire near Lyme, where her father worked at Dartmouth–Hitchcock Medical Center. Mikaela also attended middle school at Burke, but went with her parents to Colorado, before returning to Burke.  She has been treated for anxiety disorder and hyperactive type ADHD ever since she was a child.

Mikaela captured the attention of the international ski community with her slalom victory at Trofeo Topolino in 2010, making her the first American girl to win at Italy’s prestigious junior event since Lindsey Vonn in 1999.  She notched her first NorAm victory in a combined event in December 2010 and fought off illness to snag a bronze medal at the Junior World Championships a few weeks later.  Shortly after making her World Cup debut in March, she won the slalom event at the U.S. National Championships.

Mikaela joined the World Cup competition full time for the 2011-12 season, touring Europe with her mom in tow to cook and help with her studies.  The arrangement proved a success, as she earned her first World Cup medal with a slalom bronze in December 2011 and was named the circuit’s rookie of the year.  Shiffrin also successfully defended her slalom title at the 2012 U.S. Championships.  She won three more World Cup slalom events that season, as well as the gold medal at the 2013 World Championships.  At the conclusion of the season, she became the youngest woman in 39 years to claim the overall slalom title. 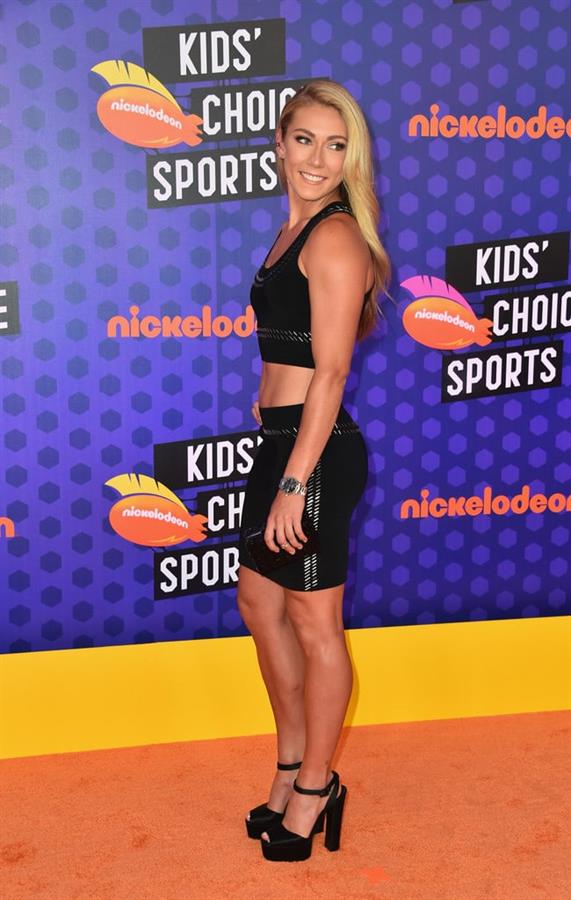 Mikaela’s graduation from Burke Mountain Academy in June 2013 served as a reminder that her career was still in its early stages.

At age 18, Mikaela competed in the 2014 Sochi Winter Olympics.  Having already won the title of slalom world champion—the youngest in history—the year prior, all eyes were on the young competitor.  She dominated her first run.  Then while she nearly crashed during her second run, she recovered in time to complete the course.  With a time of 1 minute and 44.54 seconds, Mikaela took home the gold medal in women’s slalom.  She was the youngest winner in Olympic history for that category and also the first American to win the event in 42 years.

At the start of February 2019, shortly before the 2019 Alpine World Ski Championships, Shiffrin moved into third place on the list female skiers with the most World Cup race wins at a meeting in Maribor, tieing with Vlhová for the win in a giant slalom to put her equal with Vreni Schneider on 55 wins before winning a slalom the following day to overtake the Swiss skier.

At the World Championships, Mikaela won the gold medal in the super-G before taking a bronze in the giant slalom in windy, changeable conditions, finishing behind Vlhová and Viktoria Rebensburg.  She went on to secure a second gold in the slalom, becoming the first alpine skier to win four consecutive World Championships in the same discipline, despite suffering from a lung infection on the day of the race. 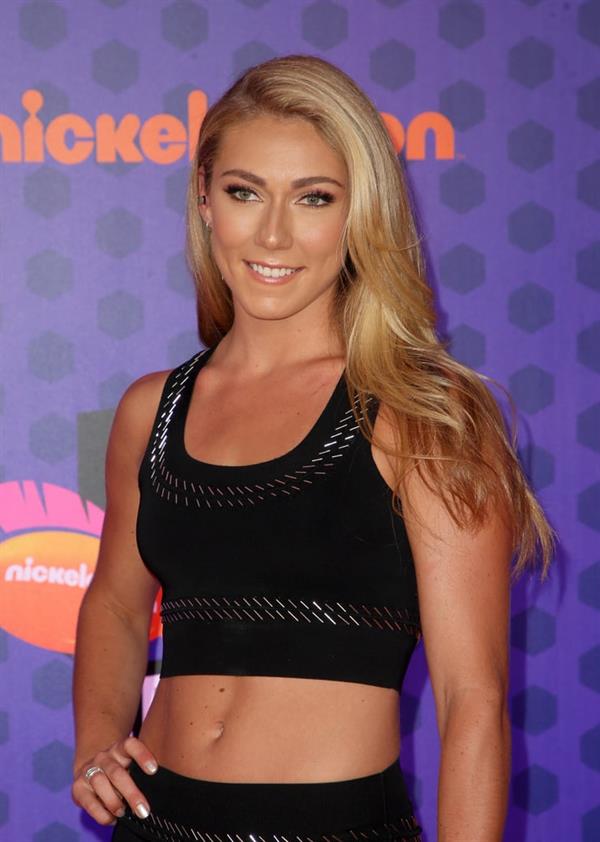 In March 2019 Mikaela became the first alpine skier to take 15 World Cup wins in a season when she took victory in a slalom in Špindleruv Mlýn, breaking the record she had previously held jointly with Vreni Schneider.  At the World Cup finals in Soldeu, she started her campaign by clinching the super-G crystal globe.  She finished fourth in the final race to take her tenth World Cup title.  It was her first in a speed discipline, having already built an unassailable lead to secure the overall and slalom titles earlier in the season.  Mikaela became the first skier to win World Cups in a technical and a speed event in the same season since Tina Maze six years earlier.  She went on to win the slalom, her 16th win of the season and the 40th slalom win of her career, tying with Stenmark for the most World Cup slalom race wins.  The following day she took her 17th win of the season and the 60th win of her career in the giant slalom to secure the GS crystal globe, becoming the first skier to win the overall, super-G, giant slalom and slalom World Cup titles in a single season. She also later won her 41st slalom race, making her the skier who has won the most World Cup slalom races.

Mikaela had inconsistent performances in the technical races in the first half of the 2020 season, winning three slalom races to start, but placing runner up to Petra Vlhova later in the season.  She also experienced similar fluctuations in ranking in Giant Slalom.  However, she competed more frequently in speed races and following the Bansko World Cup in January 2020, had recorded 6 victories for the season, 3 slaloms and one each in giant slalom, Super G and Downhill; off pace with her performance in previous seasons, but still the most on the World Cup tour and with a considerable lead in the Overall Standings.  However, on February 3, 2020, her father unexpectedly passed away, causing her to take an indefinite break from the World Cup tour.  As a result, Petra Vlhova took over the top spot of the slalom rankings following a World Cup in Slovenia.  It was the first time Mikaela wasn’t leading slalom at that point in the season since 2016 and Federica Brignone reduced her lead in the overall from over 400 points to just over 100.   Later Federica took over the lead in the overall. 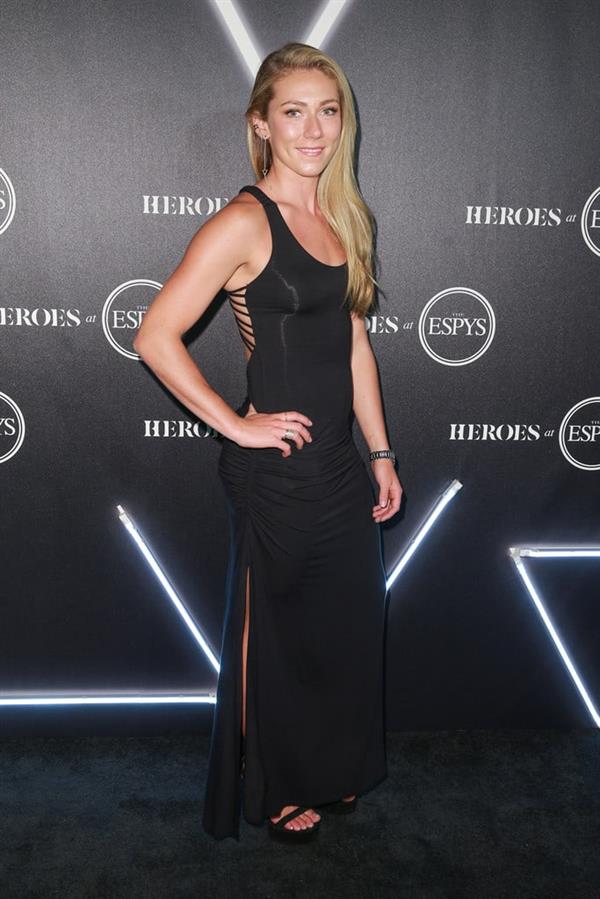 Follow Mikaela on Instagram for her latest personal posts.
Also, do check out our Mikaela Shiffrin page for more of her. 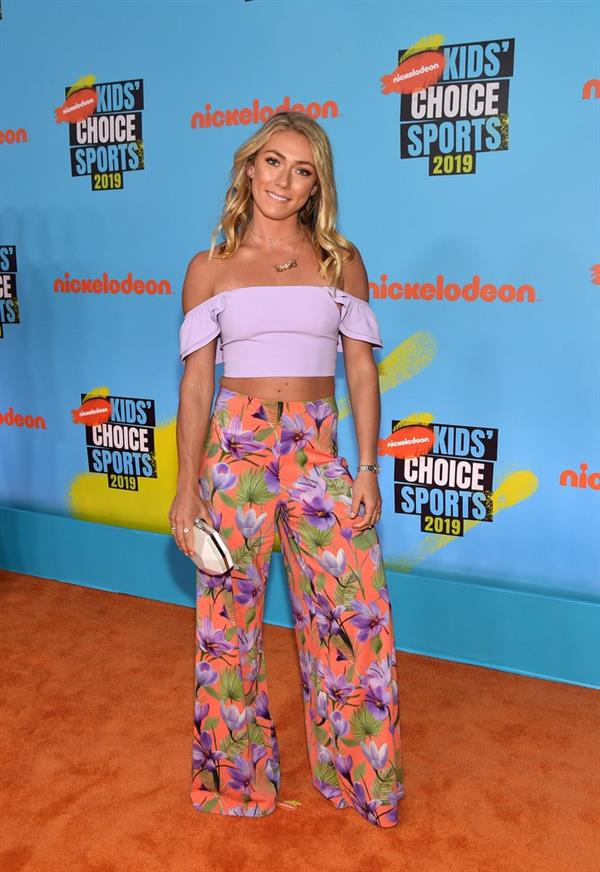 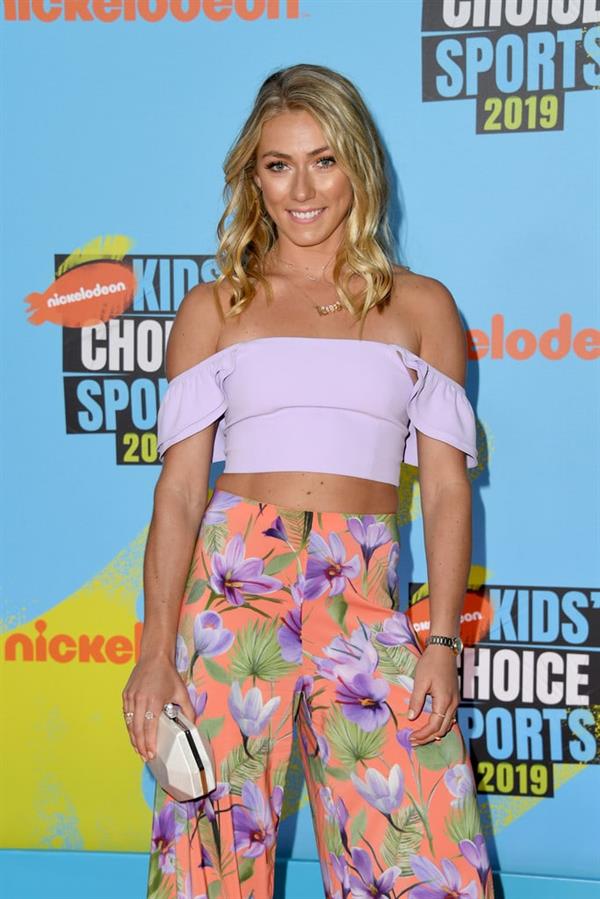 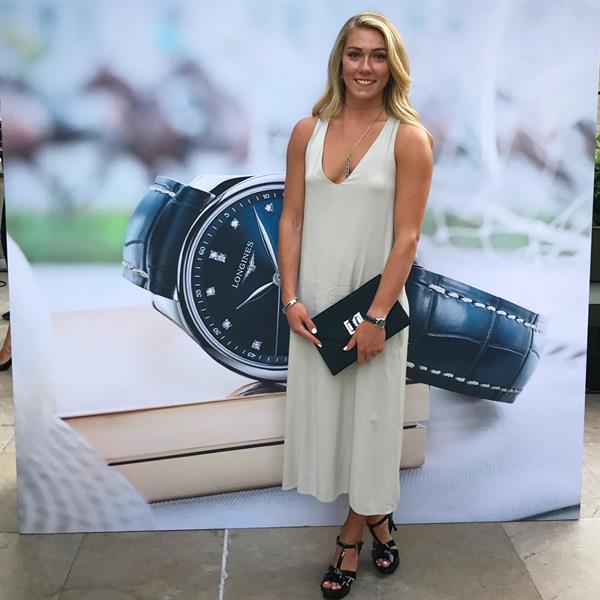 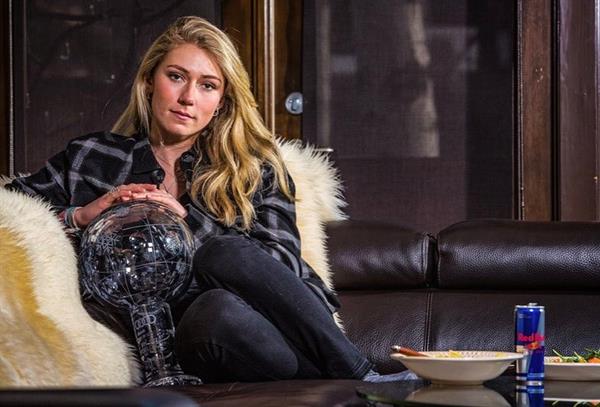 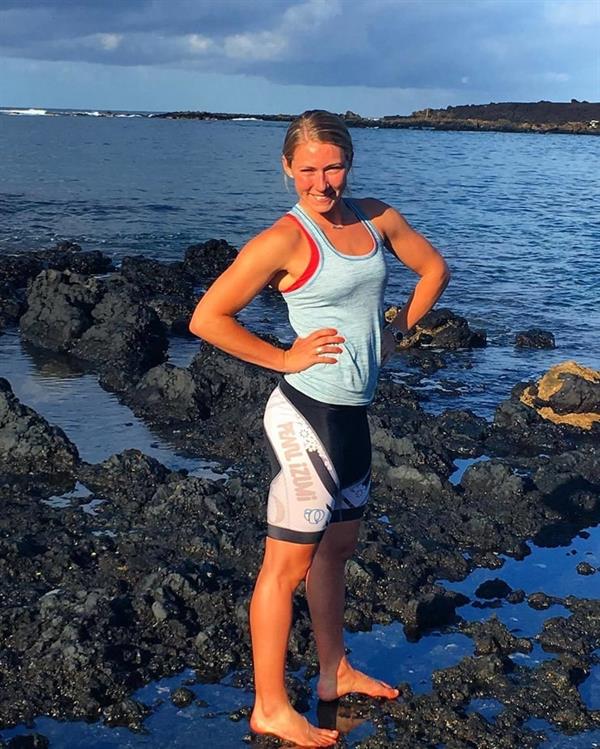 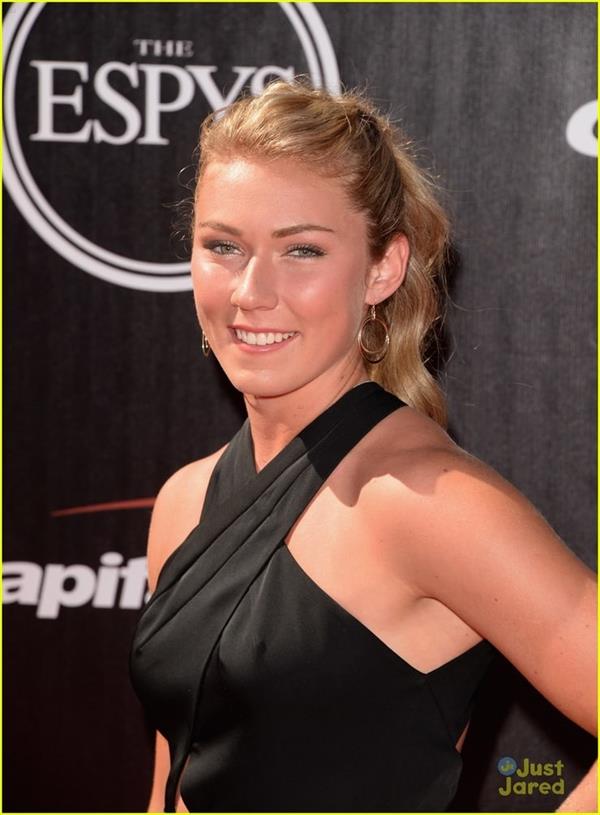 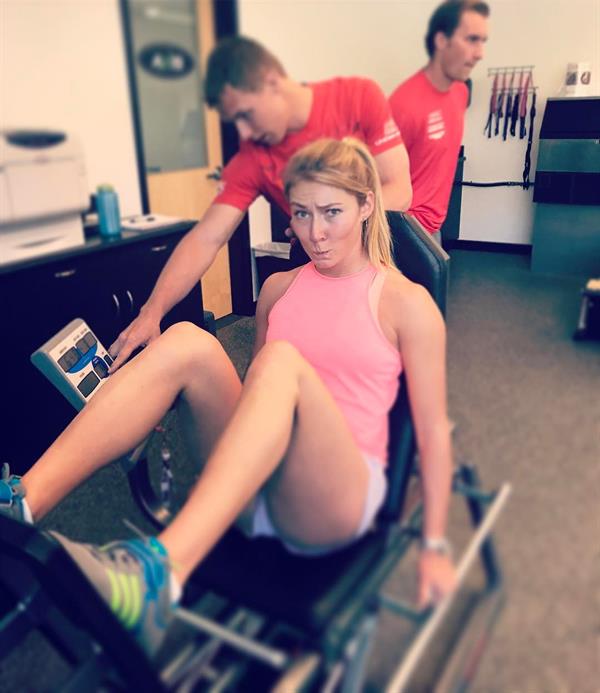 One thought on “Mikaela Shiffrin Is The Hottest Woman On Snow”