Aah, Normani Kordei is a beauty you won’t get tired of staring at.  Her beauty is truly a marvel to look at.  Oh, and that’s not an exaggeration.  Look at her… 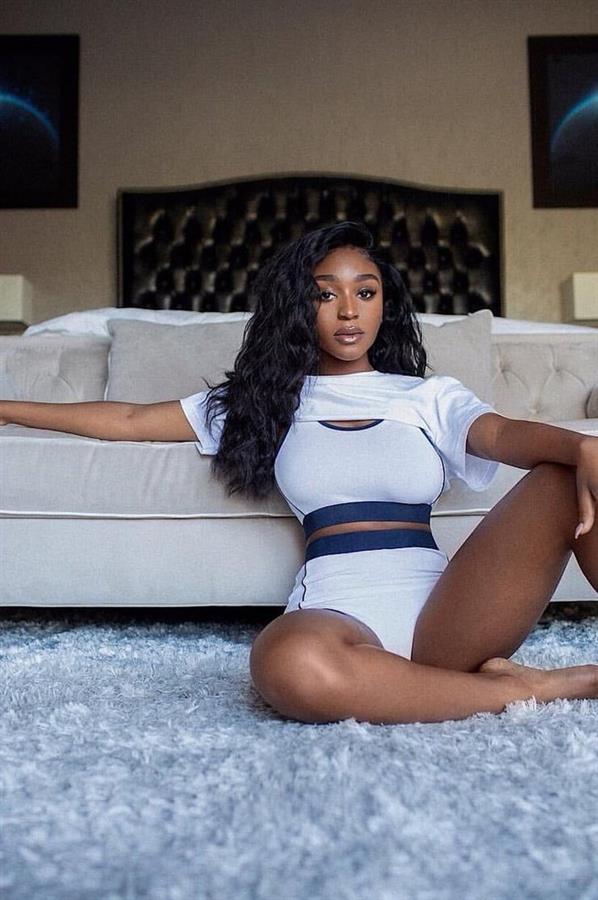 Every inch of this babe is just so hot.  She’s like a goddess that was created to make men submit.  To what? Everything.  To her.  To her every whim.  Oh, dear…  What would someone like us do if this heavenly hottie is in front of us?

Who is Normani Kordei?

Normani is an American singer and who is famous for her association with the girl group Fifth Harmony, who went on to place third on the U.S. version of the reality TV competition The X Factor during its second season.  Subsequently, she signed a modeling contract with Wilhelmina. 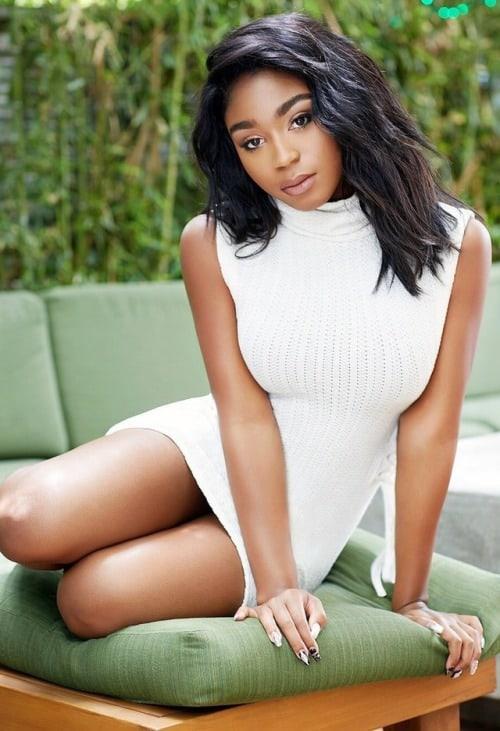 She appeared on the HBO original series Treme in a small role and became a finalist in season 24 of Dancing with the Stars.  Normani is also known for Love, Simon (2018), and Book (2011).

Normani Kordei Hamilton was born on May 31, 1996, in Atlanta, Georgia.  She grew up, however, in New Orleans.  Then she and her family relocated to Houston, Texas, after Hurricane Katrina in 2005.  From the age of three, Normani had competed in dance, gymnastics, and beauty pageants.  She performed gospel music and recorded her first song at age 13.  She also appeared in the HBO series Treme. 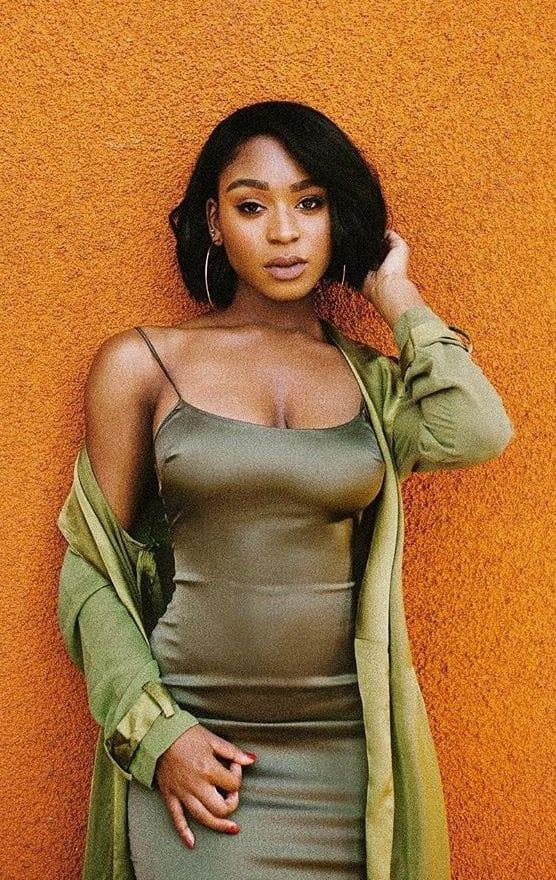 Normani auditioned as a solo act for The X Factor in 2012, after which she became a member of the girl group Fifth Harmony.  Following Fifth Harmony’s indefinite hiatus, in early April 2018, it was announced that Normani had signed to Keep Cool/RCA Records for her debut solo album.  The following month, it was reported that Normani signed to a modeling contract with Wilhelmina.  Over the next few months, Billboard announced that Normani was collaborating with Calvin Harris and Kehlani.  In August 2018, Normani was featured alongside Kehlani on Jessie Reyez’s remix for her song “Body Count”, which was featured on Reyez’s EP, Being Human in Public.  She also featured alongside Davido on Quavo’s song “Swing”, from his debut solo album Quavo Huncho (2018). 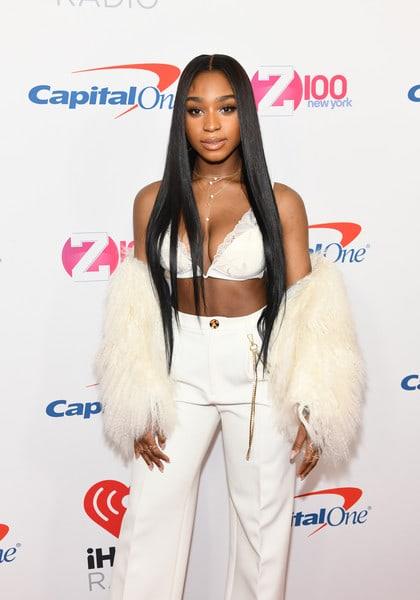 On October 22, 2018, Normani and Calvin Harris released their EP, Normani x Calvin Harris, which features the songs “Checklist” and “Slow Down”.  The following day, she performed the two songs alongside a new song, “Waves” featuring 6lack, at the Tidal X Brooklyn concert. She then released “Waves” and premiered it on the music radio station Beats 1 on November 15, 2018.  Normani was named the Top Female Breakout Artist of 2018 by Spotify.  In her interview with Beats 1, Normani said that her debut album would be released in the first quarter of 2019, and its title is a number. 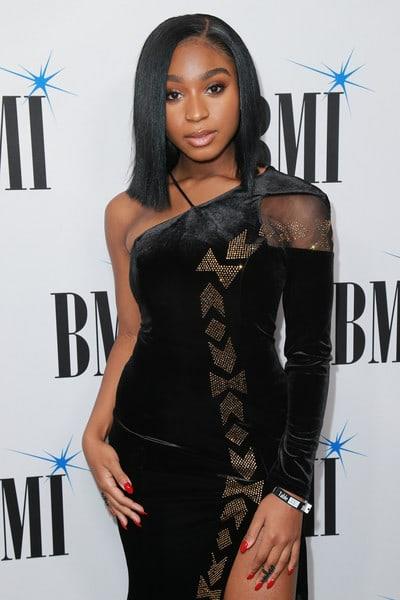 On January 11, 2019, Normani and Sam Smith released the song “Dancing with a Stranger”, peaking at number three in the UK and number seven in the U.S. One year into her solo career, Normani became the fastest solo artist (without an album) to surpass one billion combined streams on Spotify.  In March 2019, she was the supporting act for Ariana Grande’s first leg of the Sweetener World Tour in North America.  Normani’s single “Motivation”, co-written by Grande, was released in August 2019, her first single without a featured artist.  The song peaked at number 33 in the US.  “Motivation” was nominated for a Soul Train Music Award for Best Dance Performance.  In September 2019, Normani announced that her debut album will be released in 2020, stating “it is a little more than halfway” complete.  In October 2019, The Guardian ranked her as one of the 25 greatest female pop-group performers of all time.

Normani here liked Hannah Montana (2006) when she was little and her favorite show is Pretty Little Liars (2010).

Normani owns two turtles, one of them is called “BB” and the other one “BJ”.

One year into her solo career, she became the fastest solo artist (without an album) to surpass one billion combined streams on Spotify. 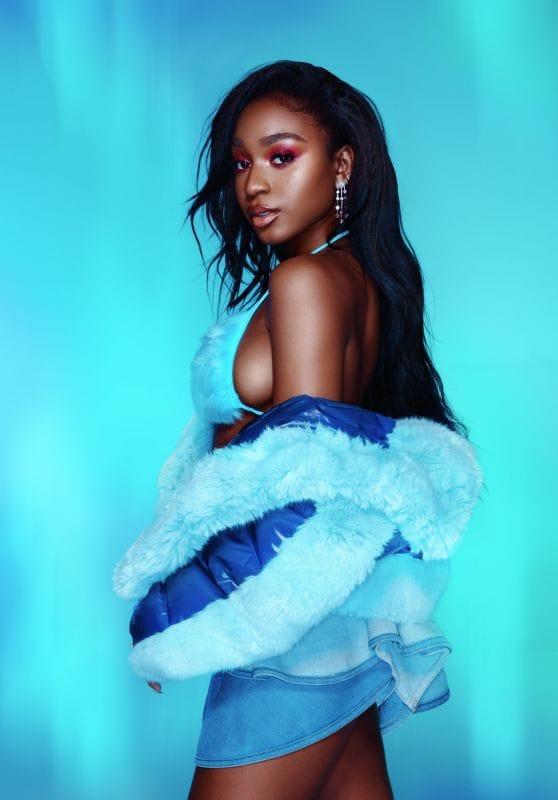 The Guardian ranked her as one of the 25 greatest female pop-group performers of all time.

Outside of the recording studio, Normani is the Global Ambassador to the American Cancer Society and works with A Place Called Home, lending her name and time to various events.  She is also a Diversity Ambassador for The CyberSmile Foundation, a multi-award winning anti cyberbullying non-profit organization. 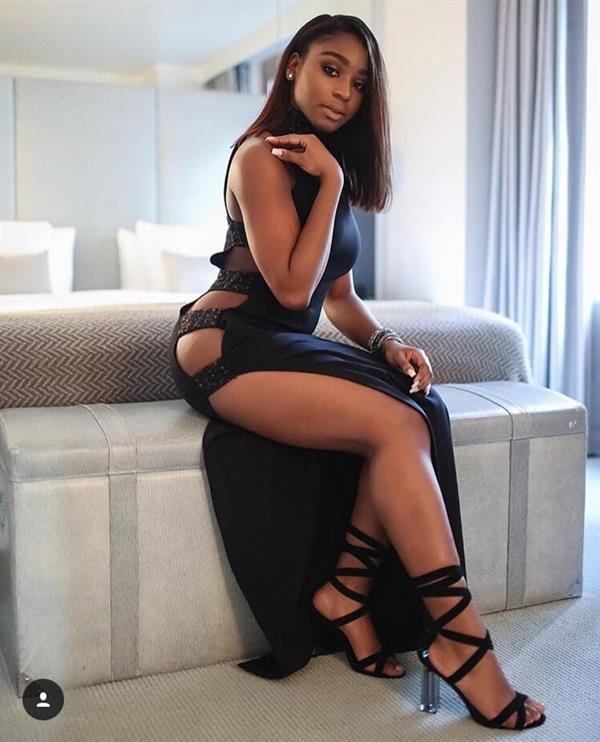 Join her over 5.5 million followers on Instagram for her latest personal posts.
Also, do check out our Normani Kordei page for more of her gorgeousness. 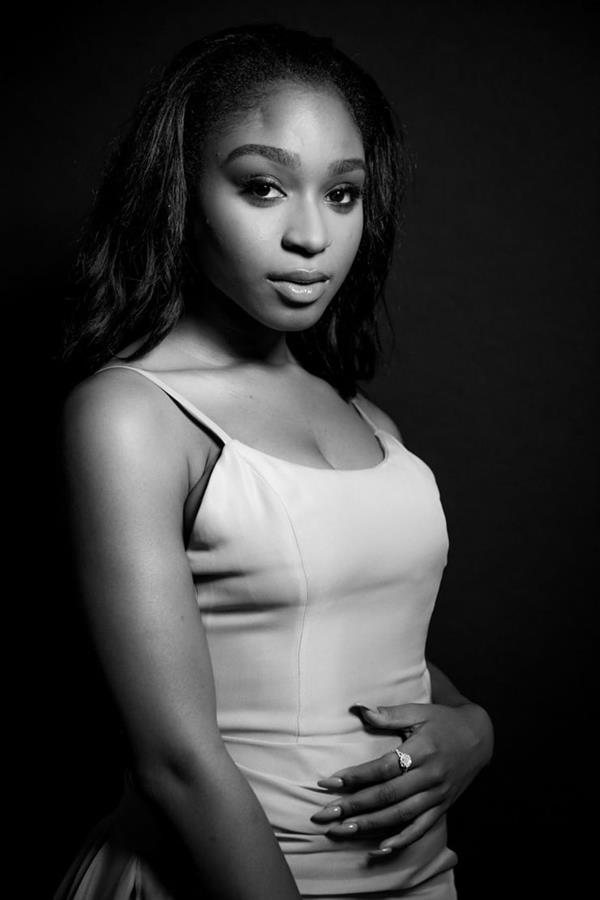 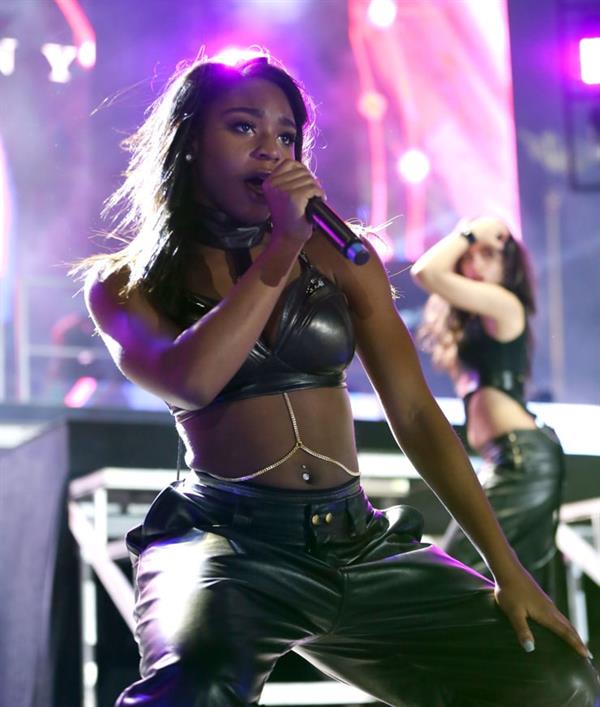 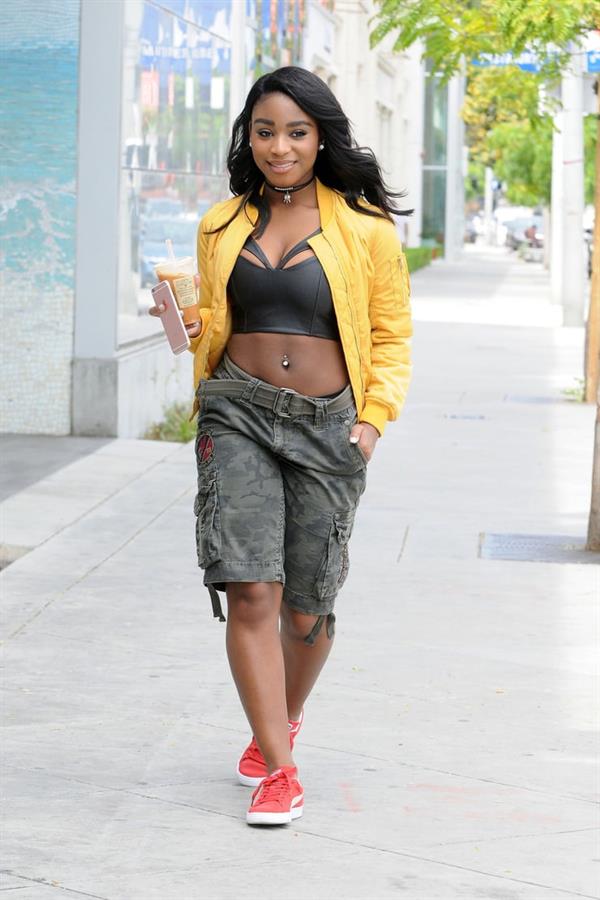 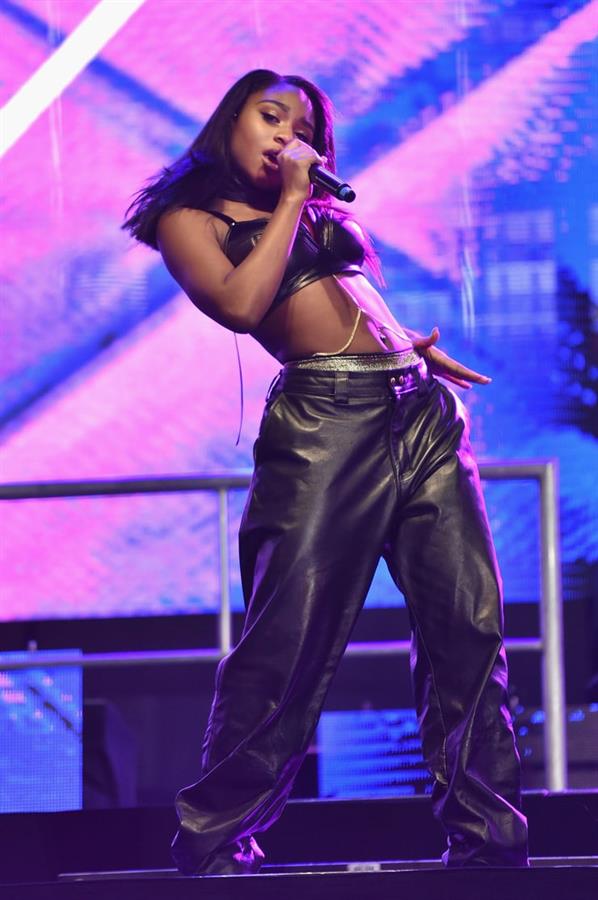 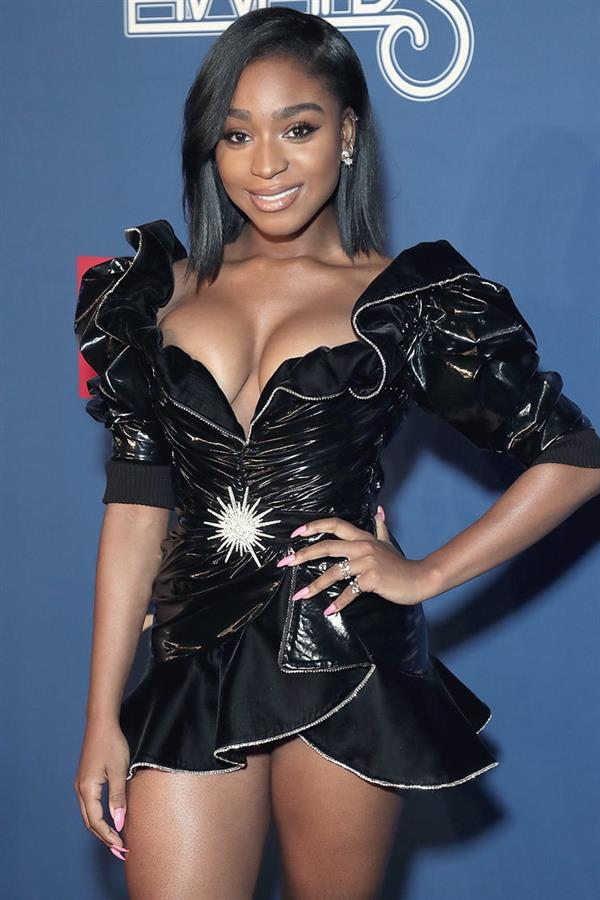