Beautiful.  Absolutely beautiful.  Like she was molded by the goddess of hotness.  Man, Duckie Thot here will totally enchant whoever lays eyes on her.  Look at her and you’ll understand. 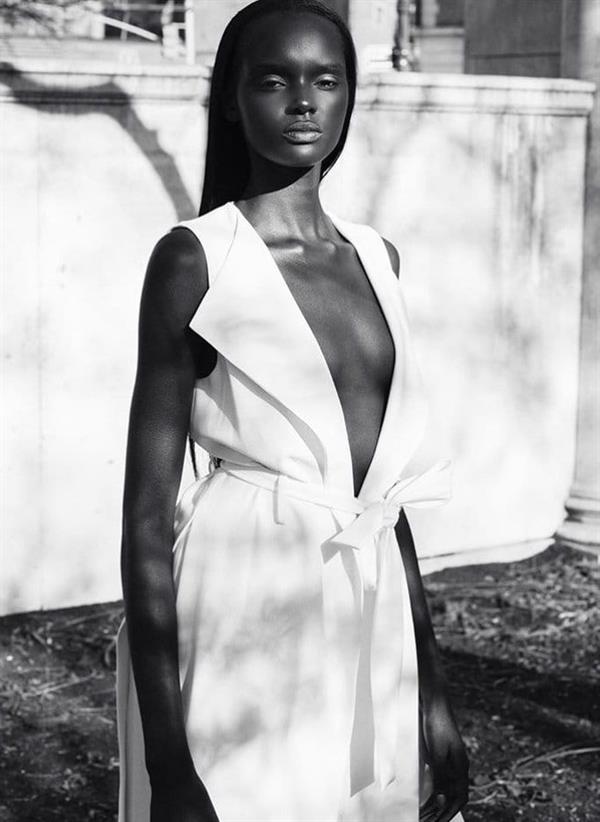 Oh, yeah…  This entry will be a favorite to many and I’m pretty sure you a lot of you are going to bookmark this.  You know, so that even if you forget her name (because of your age) you’ll know here to find her if ever you need to see her overly beautiful image.  Now, let’s get on with knowing this super fab woman.

Who is Duckie Thot?

Duckie is a Sudanese-Australian model who came to the spotlight for being the third-place finisher on the 8th cycle of Australia’s Next Top Model.  She made her runway debut at the Yeezy S/S 17 show and is best known for being a face of Fenty Beauty (by Rihanna) as well as playing the lead role in the Alice in Wonderland-inspired 2018 Pirelli Calendar. 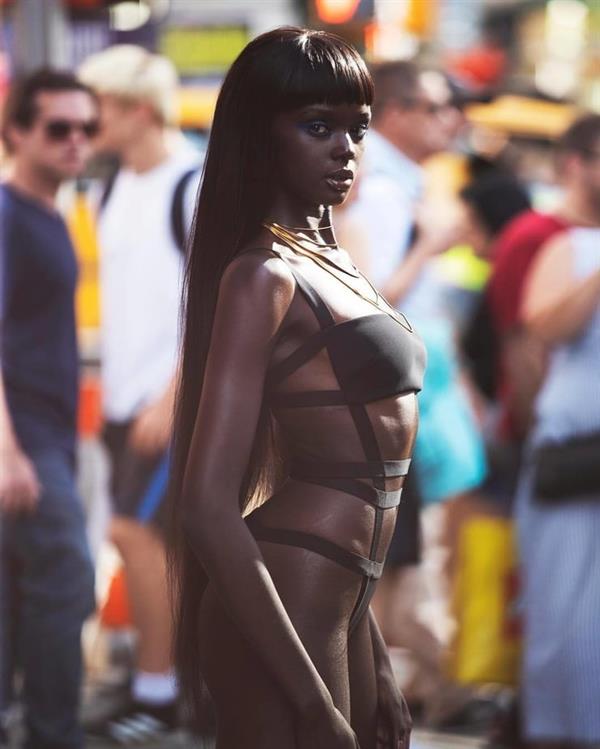 She got a contract with Elite Model New York after her stint with Australia’s Next Top Model.

Duckie Thot was born as Nyadak Thot on October 23, 1995.  She was raised in Melbourne and is of South Sudanese heritage.  She is one of seven siblings and the first to be born in Australia.  Growing up, she was athletic and she began playing basketball seriously in 2010. 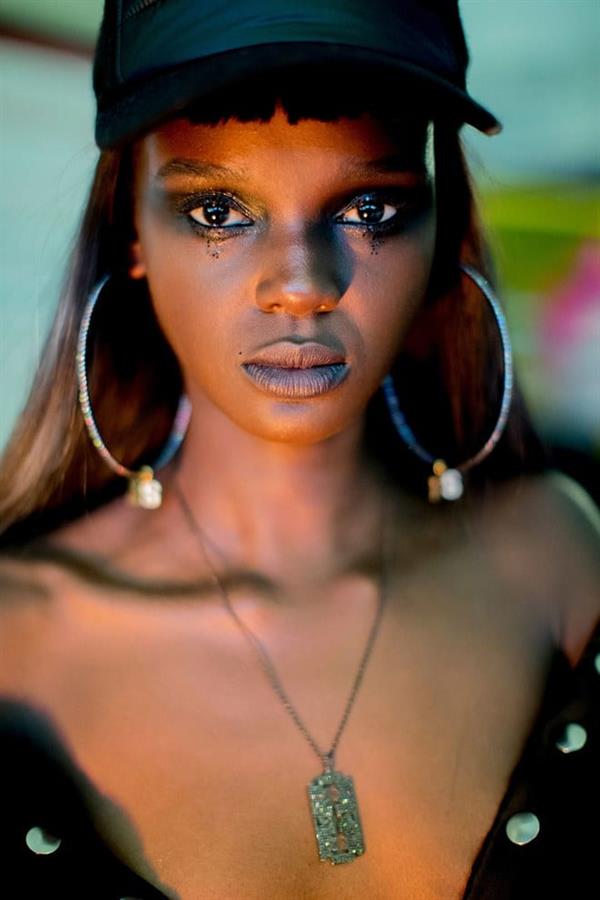 Duckie was introduced to the modeling industry by her sister, Nikki Perkins, who chaperoned her on photo shoots.  From there, Thot became inspired to audition for cycle eight of Australia’s Next Top Model, where she finished third.

After that, she made the decision to move to Brooklyn, New York in hopes that she could become a more successful model in America.  In New York, she got multiple offers to sign with agencies and ultimately chose to sign with New York Model Management. 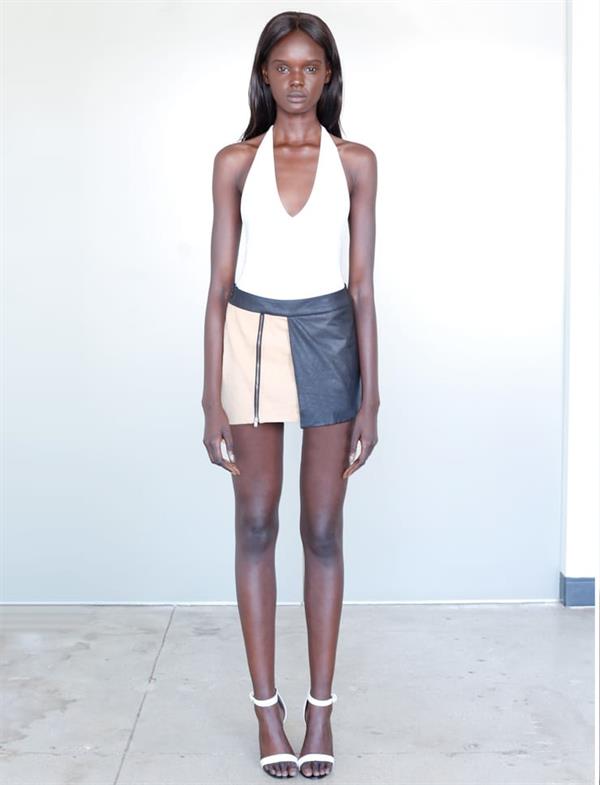 Since then, Duckie has done campaigns for Fenty x Puma, Fenty Beauty, Moschino, Balmain, and Oscar de la Renta.  She debuted in the 2018 Victoria’s Secret Fashion Show and appeared on the cover art for CHIC’s album It’s About Time, which was released in September 2018.

Duckie has been dating actor Kofi Siriboe since 2018. 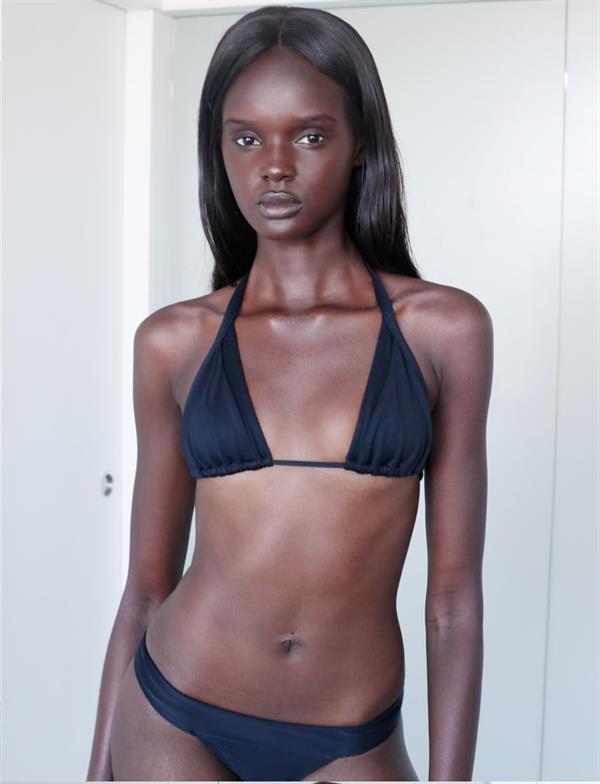 In November 2018, she was in a car accident just two days before she rocked the runway in her debut at the glittery 2018 production.

In Melbourne, her classmates and teachers at school weren’t able to pronounce her birth name, Nyadak; this led to her going by the nickname “Duckie”, which she prefers to go by as a model. 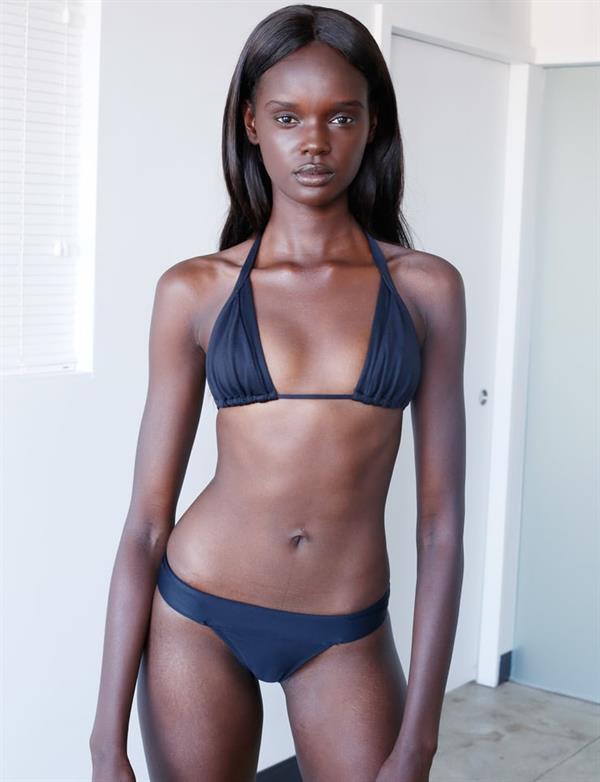 Follow Duckie Thot on Instagram for the latest about her.
Also, do check out our Duckie Thot page for more of her. 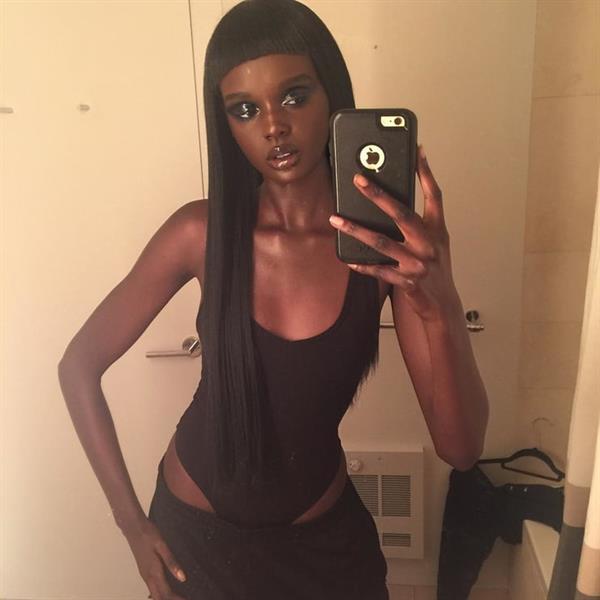 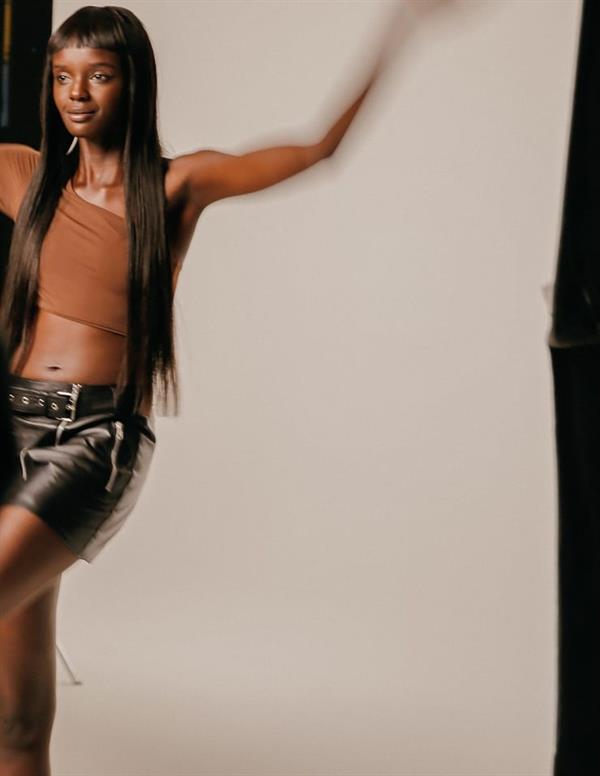 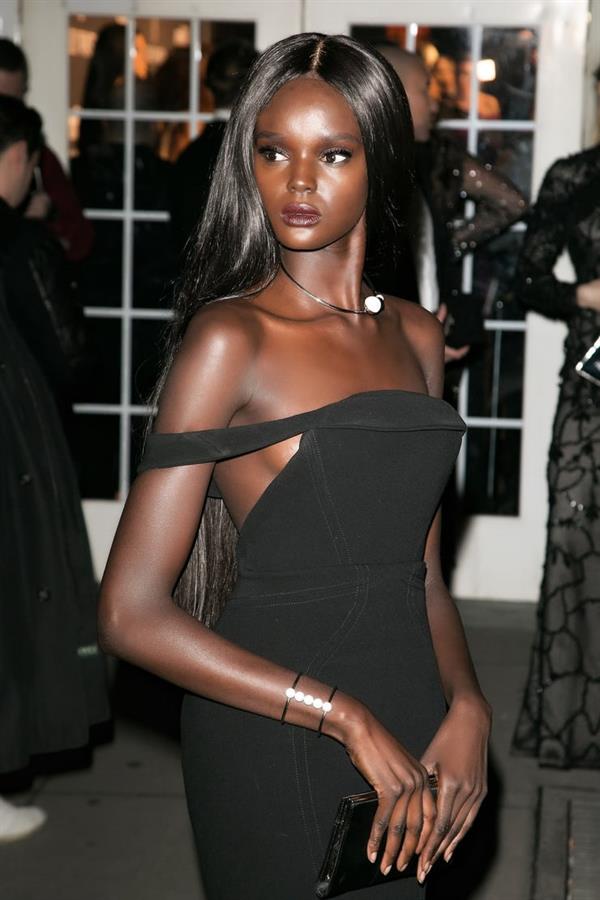 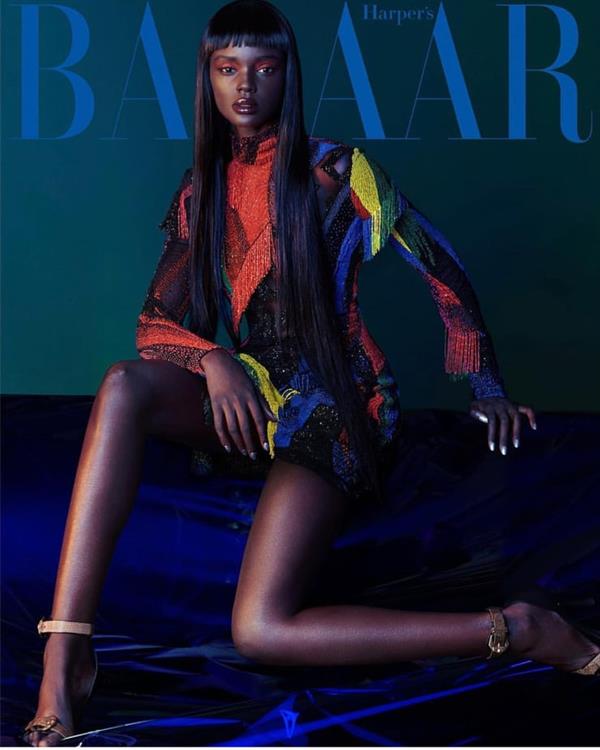 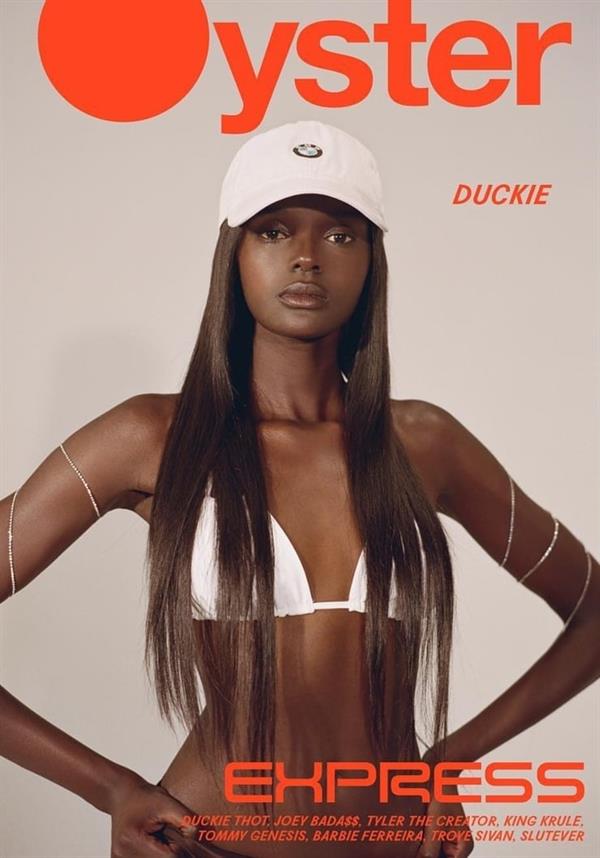 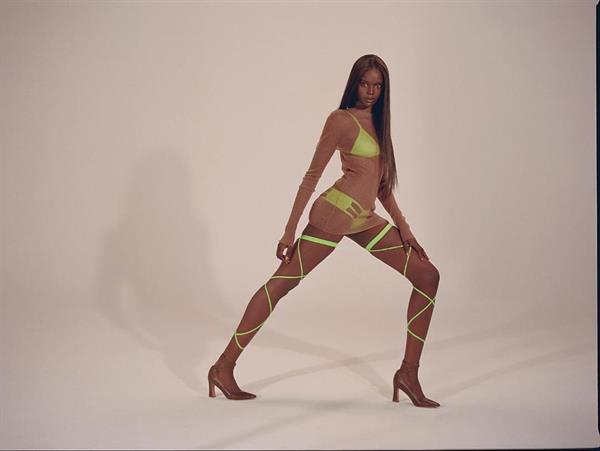 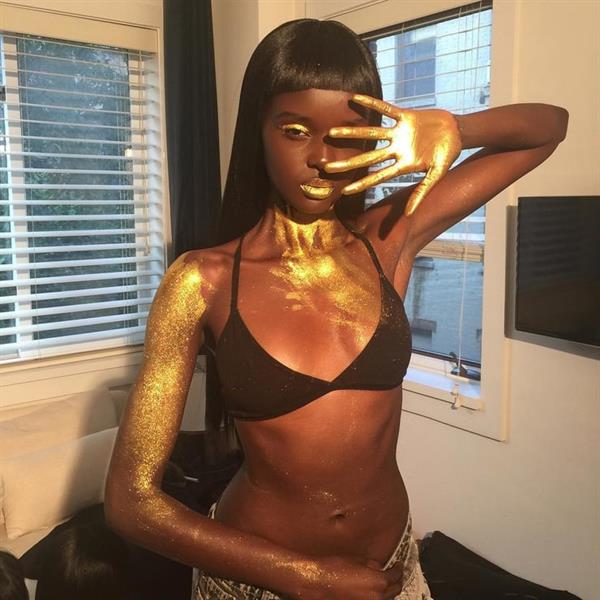