Farrah Abraham is undoubtedly hot.  Her angles…  it just turns you on.  And yeah, even if she’s not glammed up or in her hottest condition.  Farrah is still a turn on.  I don’t know if it’s her tan or her exotic facial features… 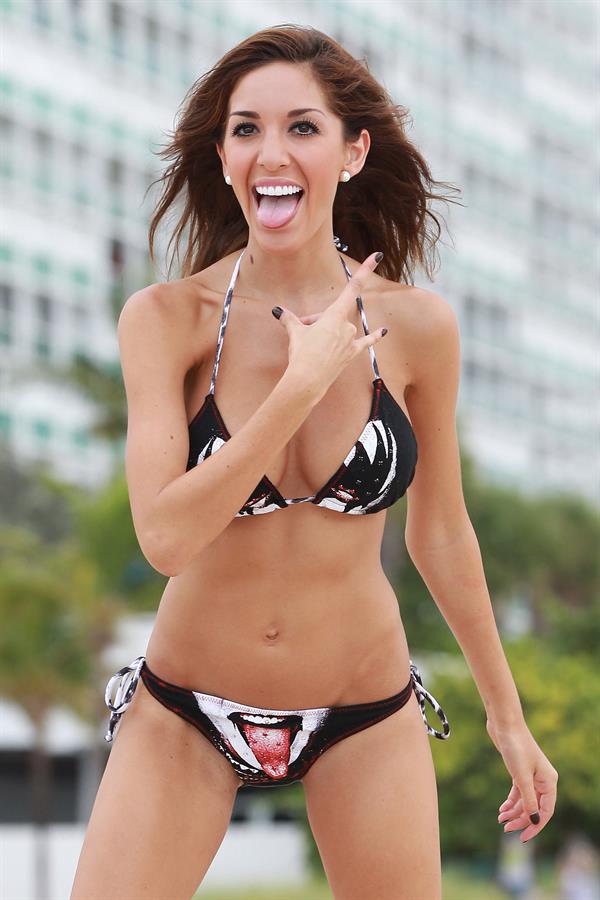 Her body?  It’s a given.  But there’s really something about this woman that will make your libido rise.  Must be how she projects or maybe just plain being her.  Because really, there are those who are just hot without explanation.

Who is Farrah Abraham?

Farrah is an American reality television personality, singer, and writer.  She came to public attention after being cast in the reality television series 16 and Pregnant in 2009.  Farrah then became a main cast in the follow-up reality TV series, ‘Teen Mom’, which ran successfully for four seasons straight and was later revived under the title ‘Teen Mom OG’.  She has also appeared on the VH1 show ‘Couples Therapy’. 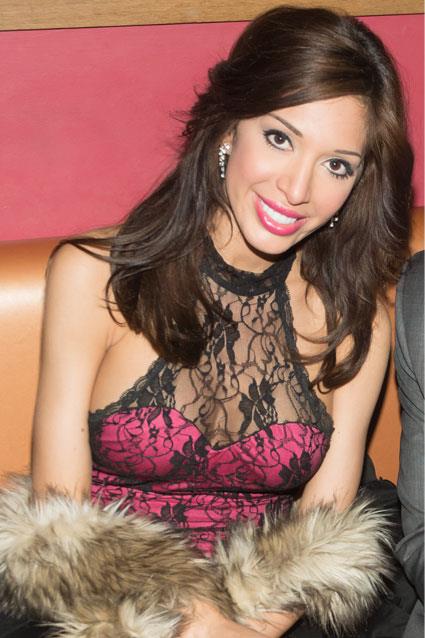 Farrah claims to have had a rough childhood and a troubled relationship with her parents.  They would often beat her with a belt, leaving cuts, bruises, and scars.  During her school years, she was a cheerleader and aspired to be a model and a cook.  Farrah began dating Derek Underwood in 2006 and became pregnant in early 2008, at the age of 16 but the couple separated soon after.  After the news of her pregnancy started to spread, she decided to drop out of school and completed her education at a community college.  Her mother denied her an abortion as it was against her personal beliefs. 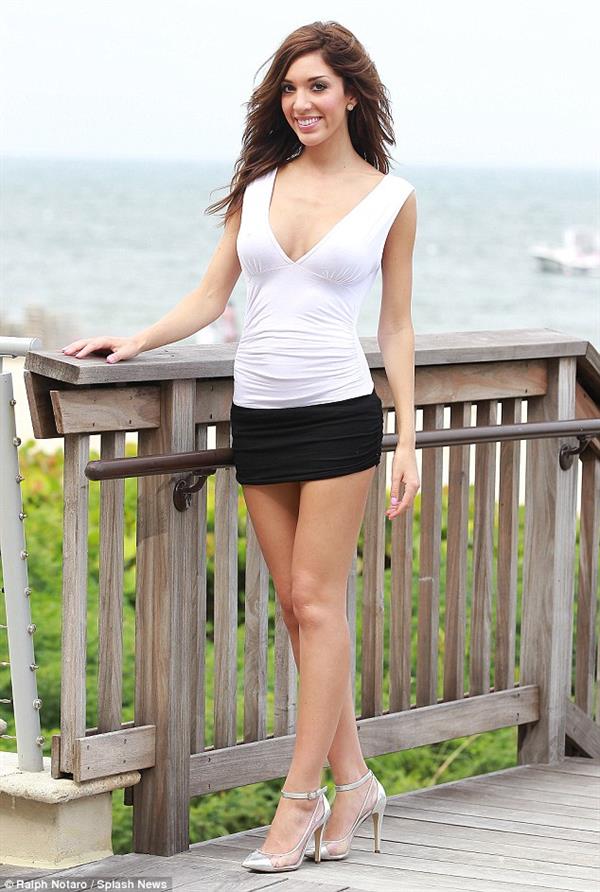 She was eight months pregnant when her estranged boyfriend died in a car crash on December 28, 2008.  She later said that despite their separation, he was her “first love” and her “only true love”.  On February 23, 2009, she gave birth to their daughter, Sophia Laurent Abraham.

Farrah Abraham appeared on television for the first time on June 18, 2009, in the second episode of the MTV reality show ’16 and Pregnant’.  She immediately rose to fame sharing her experience of being a teen mom, the loss of her on-and-off boyfriend Derek, and the first few months of motherhood.  A few months later, she was selected as the main cast of the spin-off series ‘Teen Mom’, along with other teenage girls who appeared on ’16 and Pregnant’.  The series documented the first few years of the lives of the casts following motherhood.

As she gained fame on television, she decided to pursue her passion for cooking and took a course in culinary arts and management at the Art Institute of Fort Lauderdale in Florida, in 2011.  After earning her degree, she launched the ‘Mom & Me’ pasta sauce line. 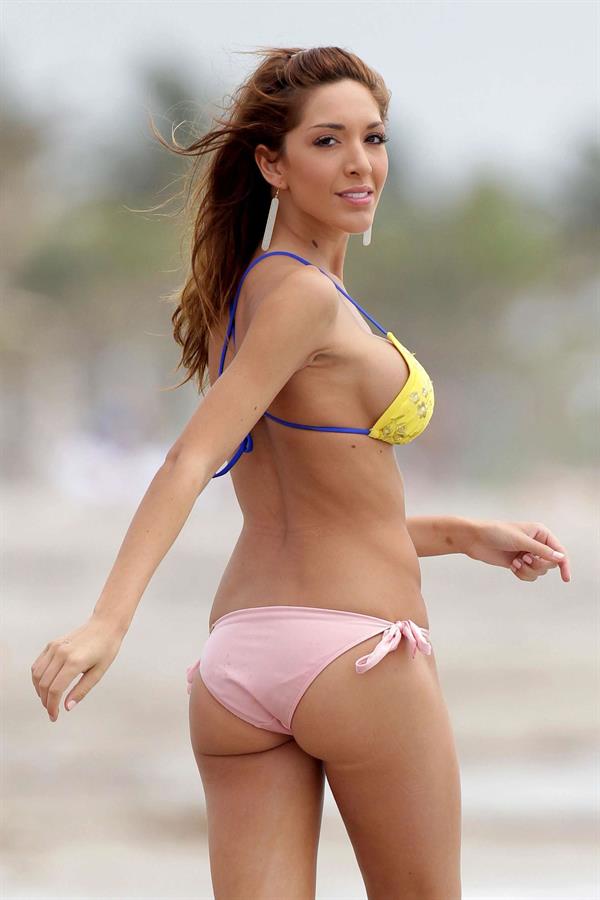 She tried her luck as a singer with the release of her debut studio album ‘My Teenage Dream Ended’ on August 1, 2012.  The album was followed by a memoir with the same title, which released on August 14, 2012.

In February 2014, the TV special ‘Being Farrah’ was released as a follow-up to ‘Teen Mom’.  It was accompanied by special episodes on other ‘Teen Mom’ casts.  The success of these shows prompted the producers to think of reviving the original series.  Despite some cast members being against Farrah’s inclusion on the show due to her adult film history, she was recast in the revived series ‘Teen Mom OG’ in 2015.  In March 2014, Farrah returned to the music industry with the release of the song “Blowin'” and the simultaneous premiere of its accompanying music video.  She stated that she treats music as a “hobby, not my career move.”  In August 2014, she signed a contract with Palazio’s Gentleman’s Club in Austin, Texas, for $544,000 for a residency until New Year’s Eve.

Farrah Abraham’s mother was arrested and charged with assault in January 2010 following an altercation with her which resulted in a physical fight, leaving her with multiple cuts to the right side of her mouth.  She describes this as a turning point in her life as this was the first time she stood up to stop the physical abuse.

Farrah was arrested in Nebraska in March 2013 for suspicion of driving under the influence of alcohol and pleaded guilty in June to avoid a jail term.  She was sentenced to six months probation, $500 fine, and six months of court-mandated sobriety tests. 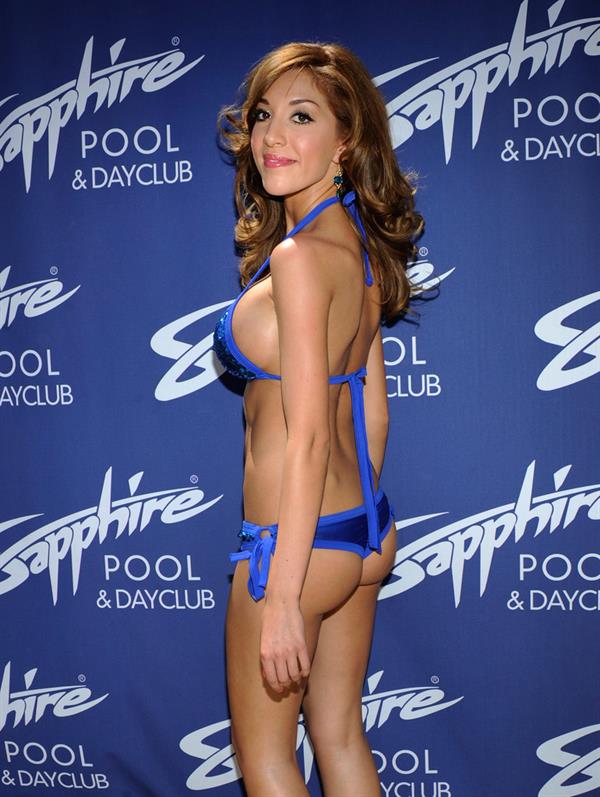 In 2015, Farrah appeared on the sixteenth season of the British television series Celebrity Big Brother, representing the United States.  On September 18, she became the fifth housemate to be evicted after spending 23 days in the house.  On September 22, 2015, she appeared as a panelist on the Celebrity Big Brother’s Bit on the Side after-show and got into a heated argument with fellow panelist, Aisleyne Horgan-Wallace. 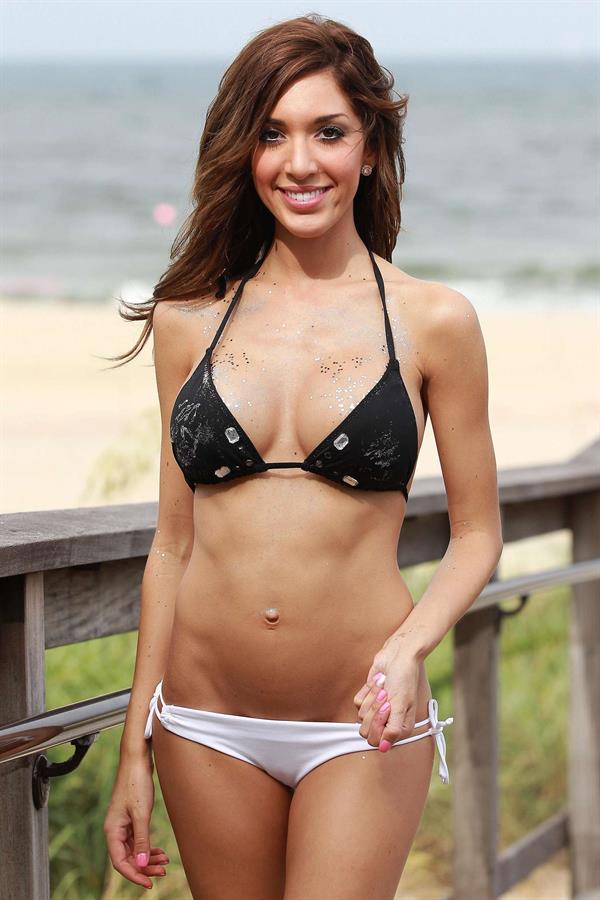 Join her over 2 million followers on Instagram for a daily dose of her hot personal posts.
Also, do check out our Farrah Abraham page for oodles of her sizzling pictures.
Oh, and here are some of her nudes that we know you will just love. 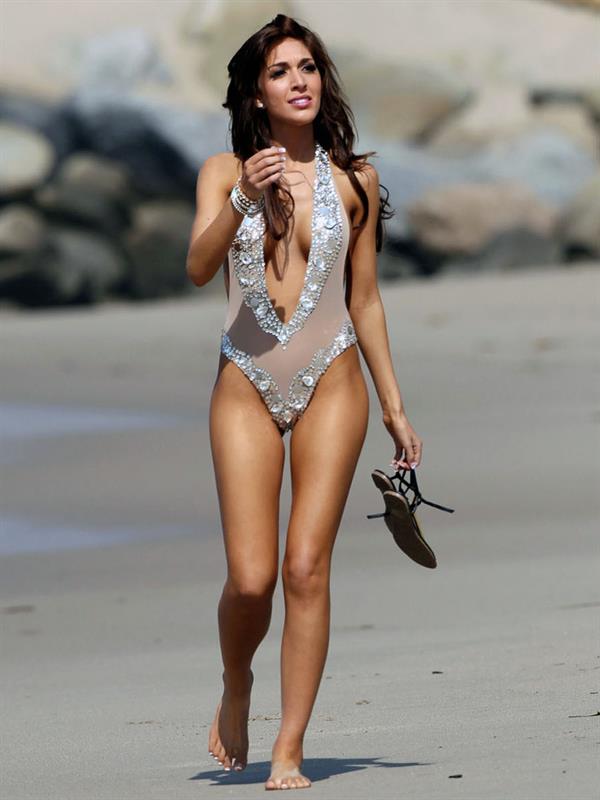 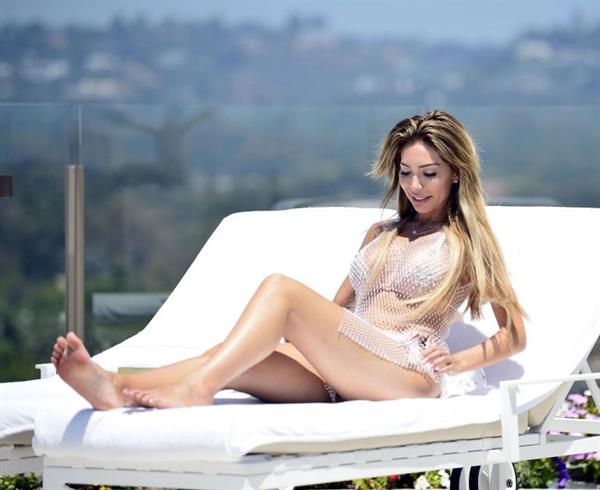 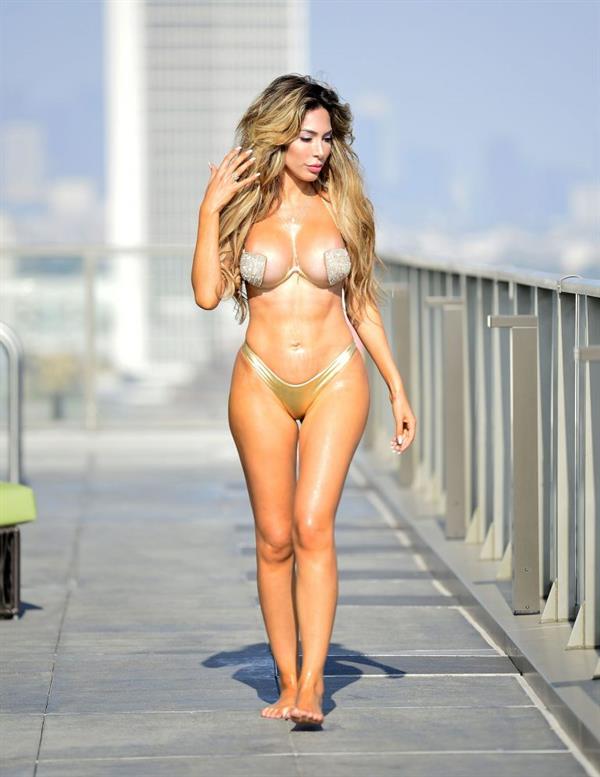 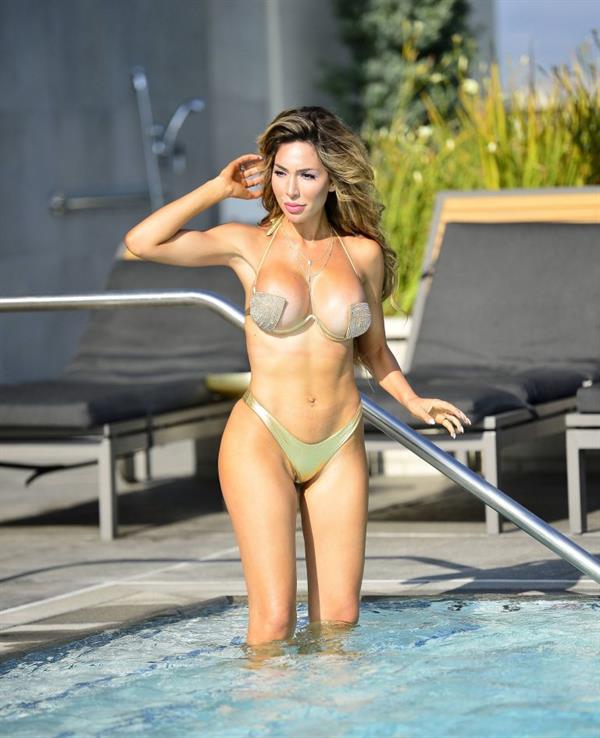 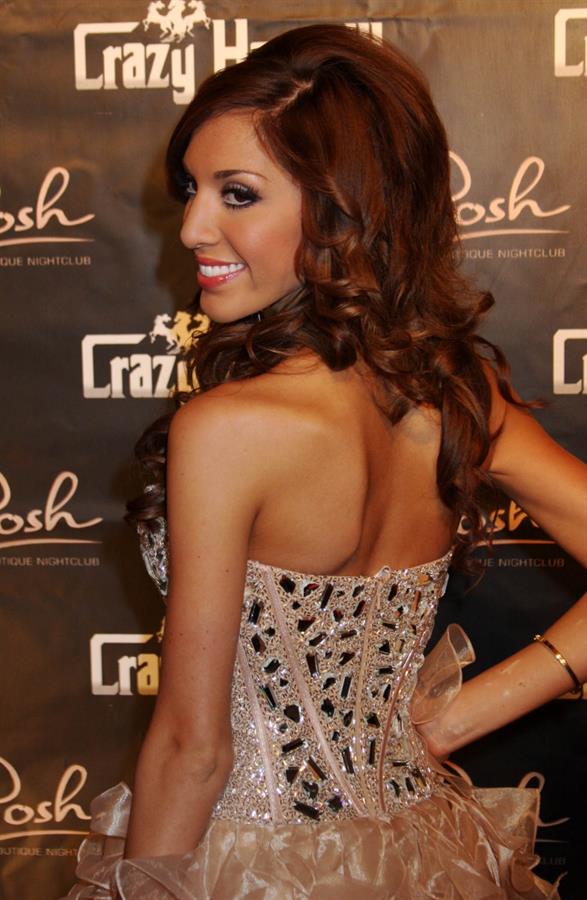 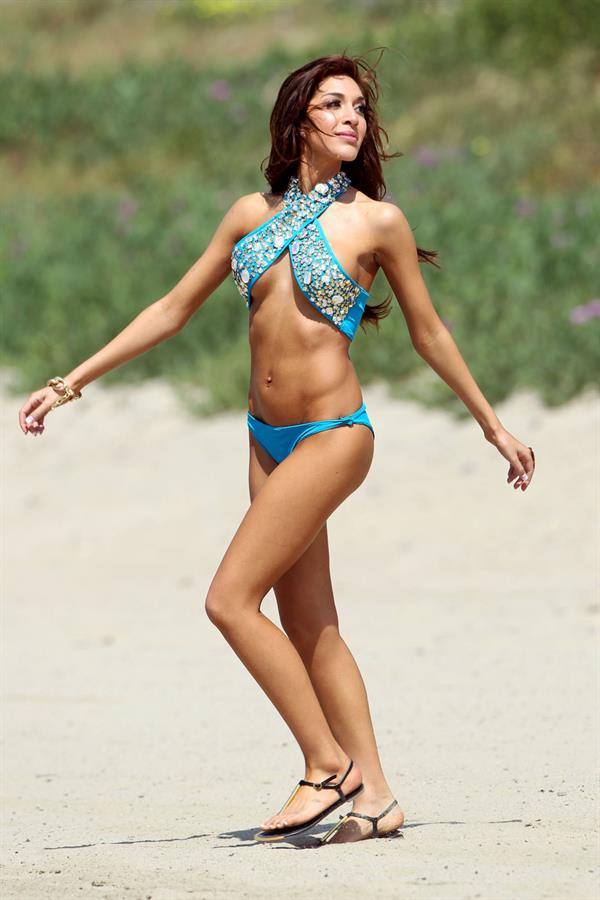 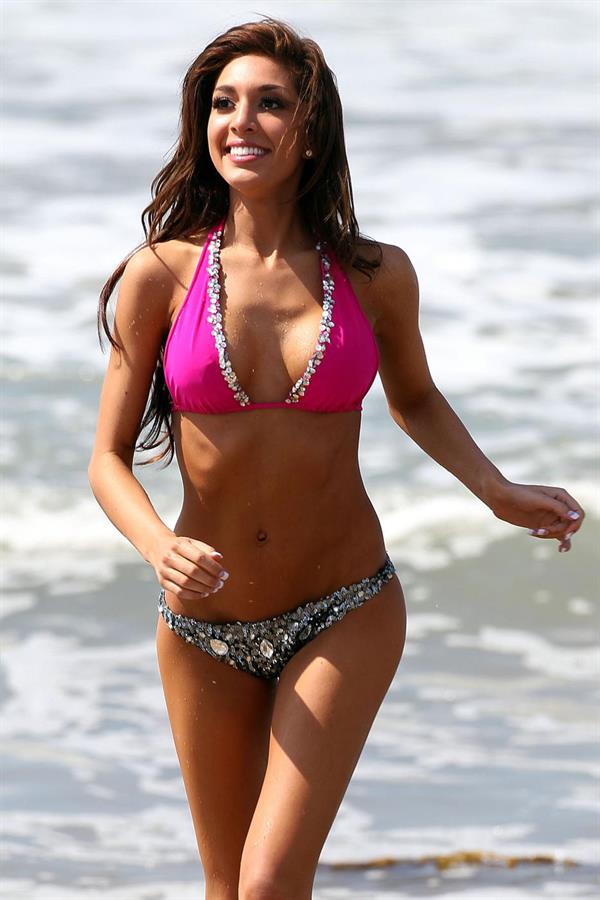 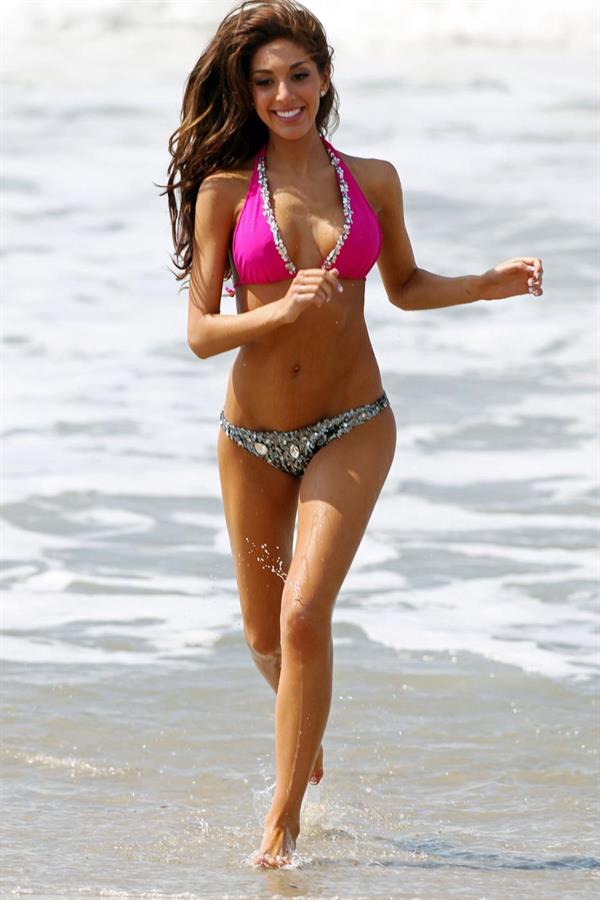