Rachel Stevens is to us who…  okay, I am no longer updated with today’s pop music.  But yeah, I grew up watching S Club 7 constantly playing on MTV.  Well, not really grew up as I was already in my junior year then.  Oh, and yes, MTV played music at that time.  Okay, now back to S Club 7.  I’m not really a fan but I do watch them for the reason that a member (which is Rachel) is so friggin’ gorgeous. 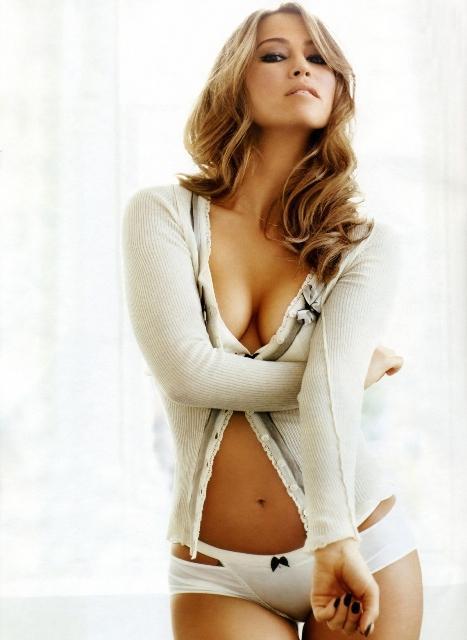 Who is Rachel Stevens?

Rachel is an English songwriter, actress, television presenter, model, and businesswoman most famous for being a member of pop group S Club 7.  She pursued a solo career in 2003, releasing singles like “Sweet Dreams My LA Ex.”  In 2015, she began appearing on The Voice of Ireland as a judge. 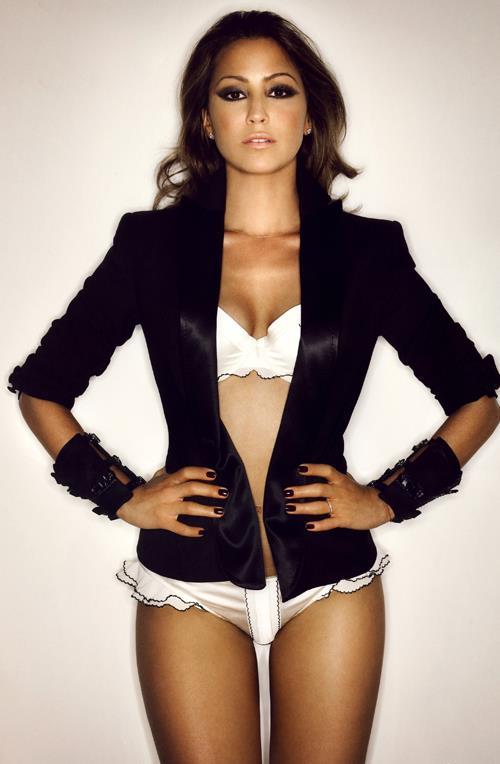 Rachel Stevens was born as Rachel Lauren Steinetski on April 9, 1978, in Southgate, London.  She is from an Ashkenazi Jewish family. Rachel attended Osidge JMI School and Ashmole School in London.  In 1993, at age 15, she first caught attention while beating off 5,000 competitors and winning a modeling contest sponsored by a UK teen magazine.  Following her first modeling jobs, she decided to study at the London College of Fashion, where she achieved a diploma in business.  During that time she also worked in a film company and later ended up working in public relations, but began to lose interest and decided to pursue a career in singing instead. 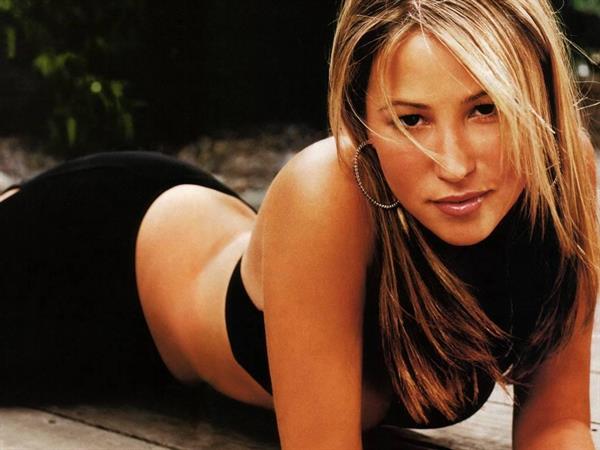 After her 5 year career with S Club 7, Rachel signed a four-album solo deal with Polydor Records and agreed to become a spokesmodel for Pretty Polly tights and hosiery.  She released her solo debut studio album, Funky Dory, in September 2003.  The album reached number nine on the UK album chart and the British Phonographic Industry (BPI) awarded it with a gold certification in October 2003.  Two singles, “Sweet Dreams My LA Ex” and “Funky Dory”, were initially released from the album: “Sweet Dreams My LA Ex” peaked at number two in the UK and received a silver certification from the BPI.

In July 2004, Rachel released the single “Some Girls” as a charity record for Sport Relief.  Come and Get It, her second studio album, was released in October 2005.  It peaked at #28 in the UK, and two of its three singles reached the Top 10.  In 2008, she came second in the sixth series of the BBC One series Strictly Come Dancing with her dance partner Vincent Simone. 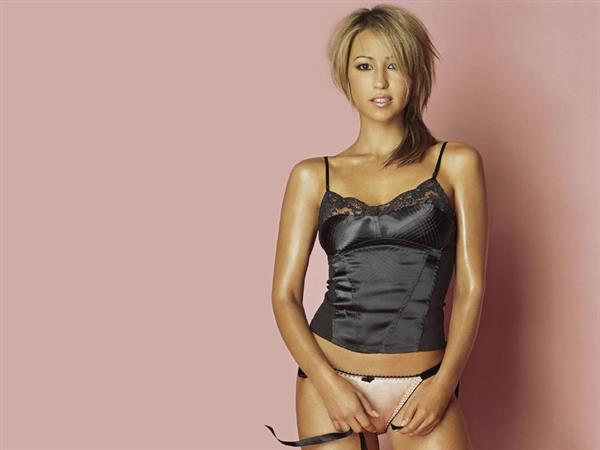 In 2013, she was a mentor assistant on The X Factor New Zealand.  A year after, she was awarded FHM’s sexiest woman of all time (2014).  Despite not being Irish, Rachel became one of the coaches in the 4th season of RTE’s The Voice of Ireland.

Rachel placed second on the sixth season of the British version of Dancing with the Stars, Strictly Come Dancing.

Rachel won a Glammy Award at the British Glamour magazine’s Women of the Year Awards held in Berkeley Square Gardens, London, England on June 7, 2005.  She also won Woman of the Year. 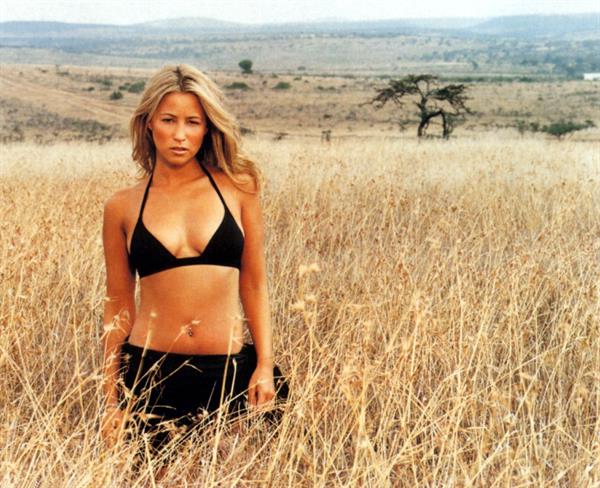 In June 2009, Rachel was having dinner in a restaurant in northwest London with her family when a gunman burst in and began firing shots at a man who had fled from him into the restaurant.  The man was then shot in the leg and taken to the hospital with another man who had been injured by broken glass.  She was unhurt in the incident.  Prior to this, she was mugged on her own doorstep, with the muggers stealing her engagement ring, a necklace, and a gold Rolex watch.

In her earlier years in S Club, Stevens dated property developer Daniel Cohen for about two years.  Following the split, Cohen stated he met Stevens socially a few times after their break-up, adding “she’s an absolute darling, someone I haven’t a bad word to say about.”  On Valentine’s Day in 2002, Stevens became engaged to actor Jeremy Edwards.  The couple broke up in early 2004.  After the break-up, she dated Gavin Dein, son of former Arsenal vice-chairman David Dein.  The relationship did not last long, with the couple splitting up in August 2005. 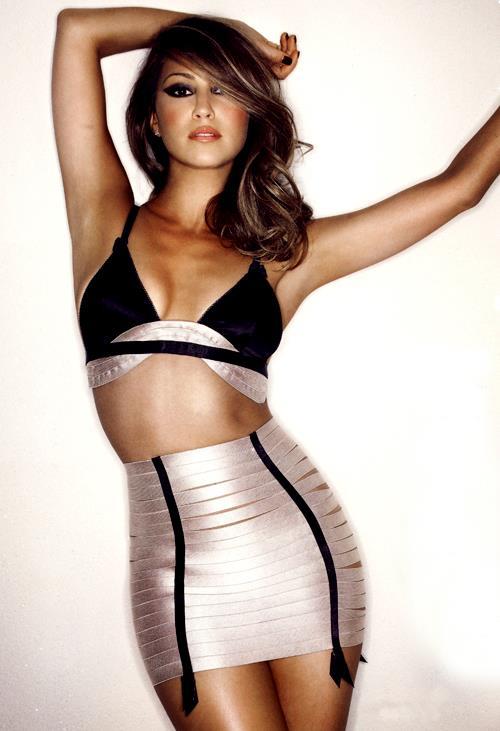 In September and October 2006 Stevens was linked to actor Stephen Dorff and American-based British singer Oliver Trevena, known professionally as Oli T.  She married Alex Bourne (following a 14-month-long engagement) on August 2, 2009.  Rachel walked down the aisle to the S Club 7 hit “Never Has a Dream Come True”.  The and Alex have two daughters, Minnie and Amelie.  Did not invite any former members of S Club 7 to her wedding.  She said the reason for this is that she has lost touch with them.

In 2005 Rachel fronted the Everyman Testicular Cancer Awareness campaign.  Her role was notable as she was the first woman to represent this campaign.  Her television commercial raised eyebrows with its suggestive content that included her telling men to “put one hand down their trousers and give their testicles a good feel.”  In the commercial, Rachel commented, “Sometimes men need a little encouragement to think about their health.  This is a funny way of raising awareness about a serious subject.”

In 2005 Rachel also took part in the Make Poverty History campaign, which aims to eliminate poverty in developing countries by canceling old debts, improving the way aid is given and removing barriers, so these countries can trade more effectively with the rest of the world.  Stevens donated an undisclosed amount of money to the campaign and also starred in television and magazine advertisements supporting the cause.  Her official website also displayed the campaign’s official online banner. 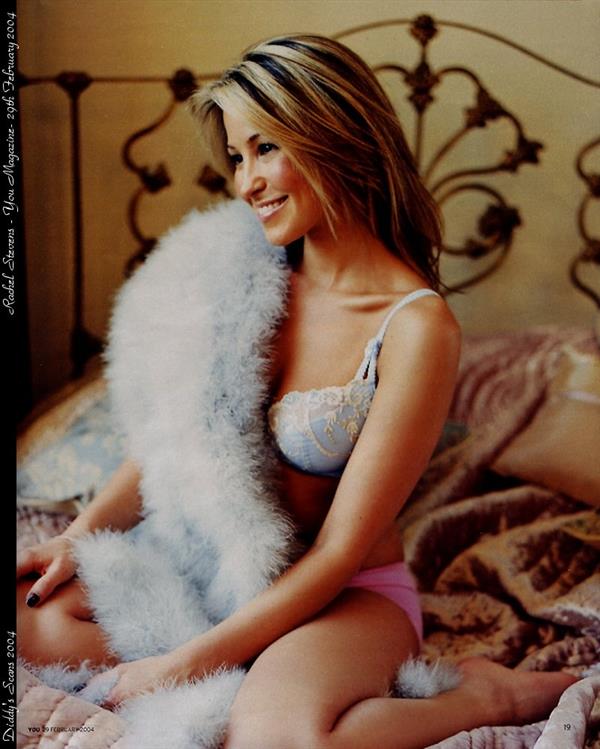 On November 15, 2011 it was reported that Rachel had recorded a collection of songs about fruit and vegetables as a way of helping to encourage children to eat five portions of fruit and veg per day.  The songs were for an album titled Tasty Tunes and were made available as free downloads from the website of children’s food firm Ella’s Kitchen.  Rachel launched the songs with a one-off performance at a nursery in Streatham, south London.  The songs include food-themed versions of “Twinkle Twinkle Little Star” and “The Hokey-Cokey”, and Rachel said of the project; “As a new mum, I’m always looking for exciting ways to encourage my daughter to try new foods, especially greens.  I hope tasty tunes help lots of parents sing about fruit and vegetables as part of their little one’s everyday playtime.”

Rachel is also an ambassador to WaterAid, an organization that promotes clean water in developing countries all over the world.  During a 2012 trip to Ethiopia, she remarked, “It was such a great feeling to see the women laughing and chatting while they were washing their clothes and drinking clean water.  Everyone looked healthier and a lot happier and the village felt full of life.”

Whilst in S Club 7 Stevens fronted the World Wide Fund for Nature.  She has also been the frontwoman for Pretty Polly, Sky Sports, Marks & Spencer, and Focus Dailies. 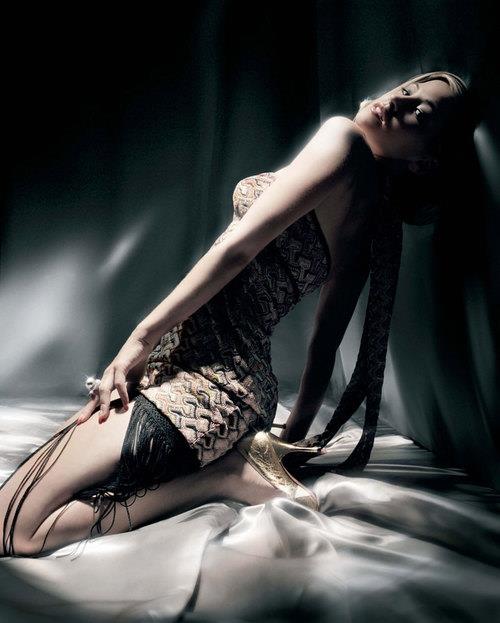 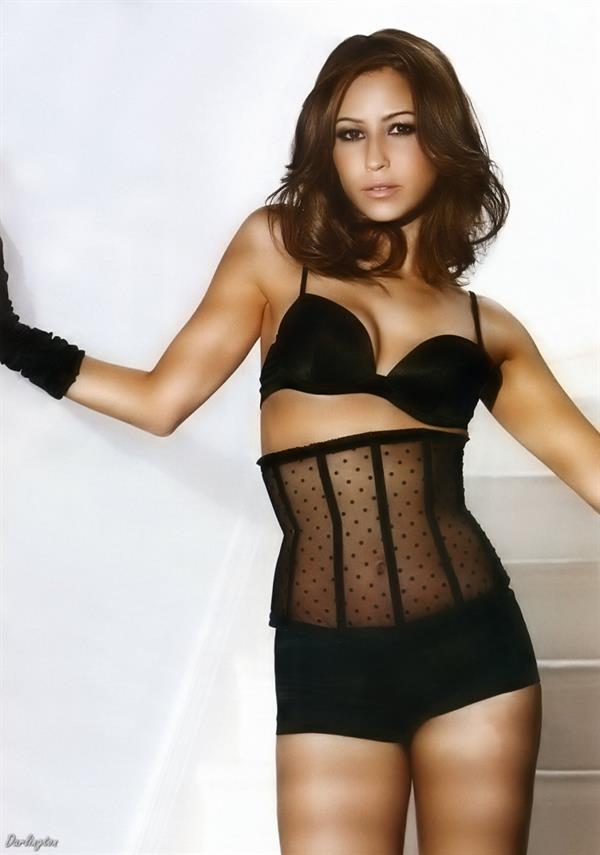 Follow Rachel on Instagram for her latest lifestyle posts.
Also, do check out our Rachel Stevens page for more of her. 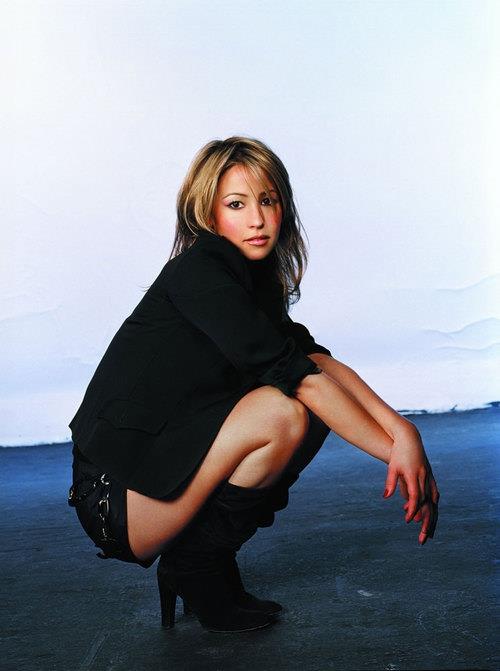 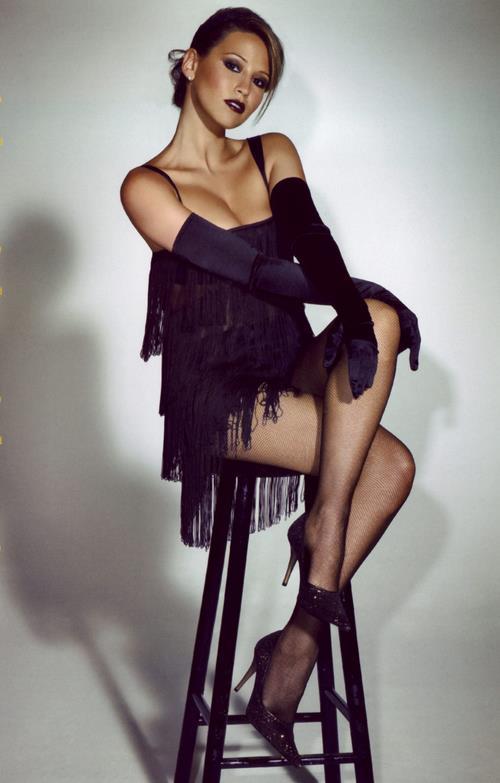 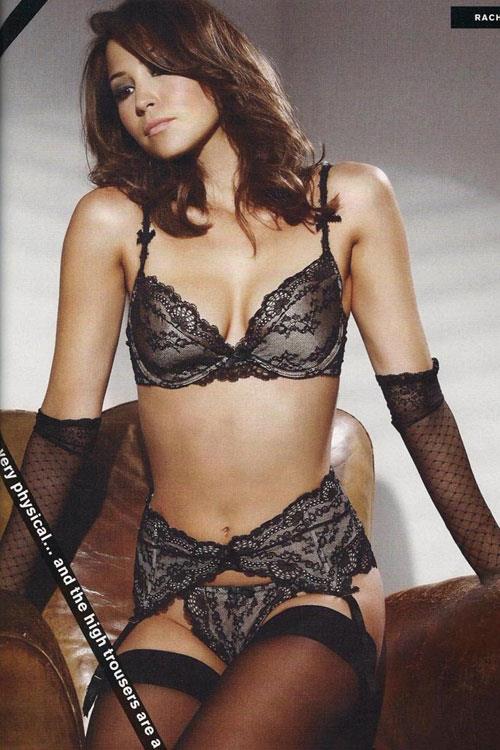 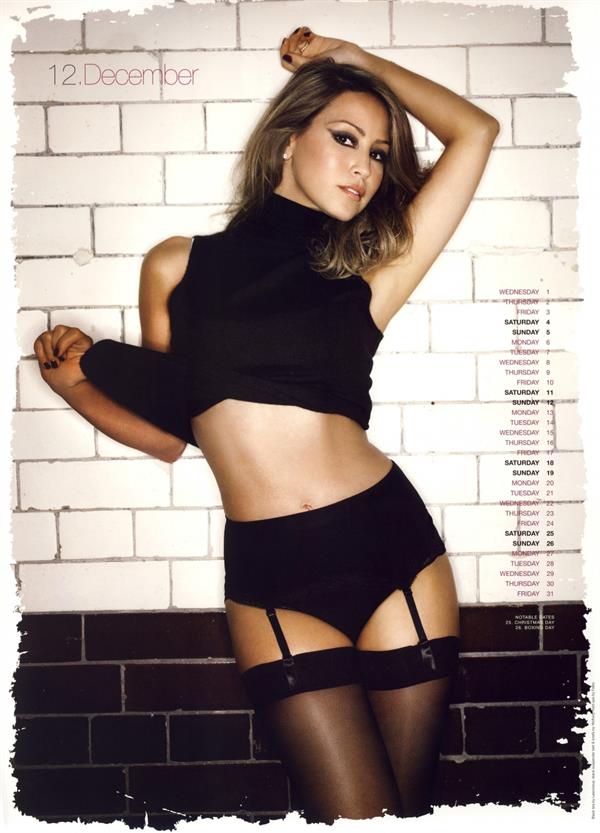 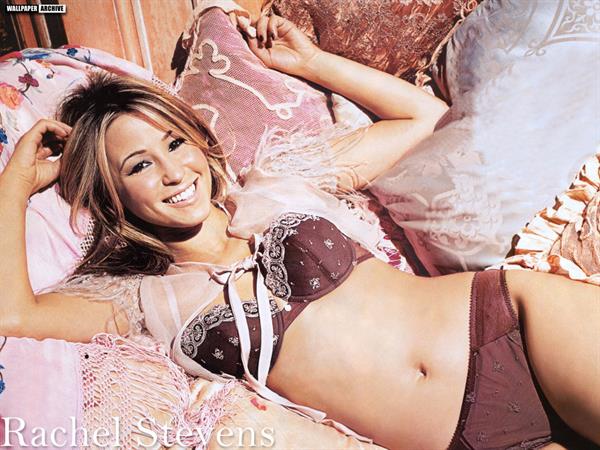 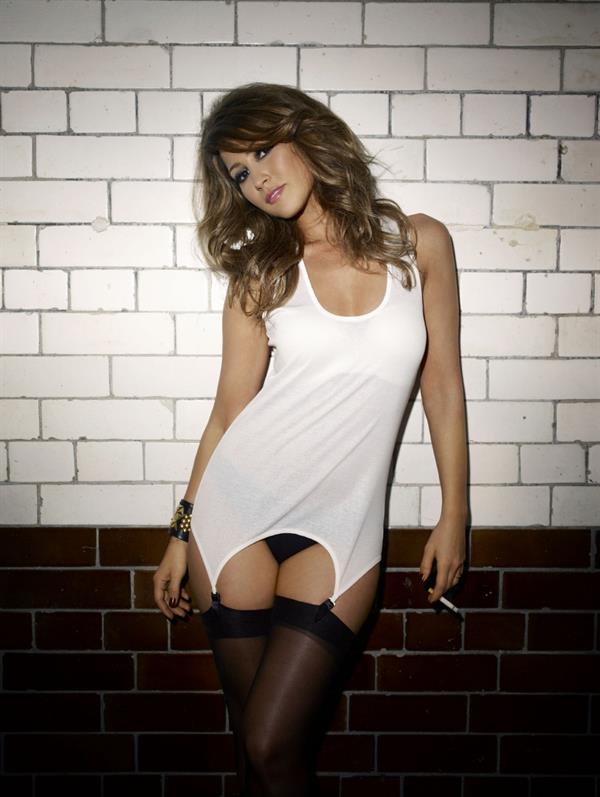 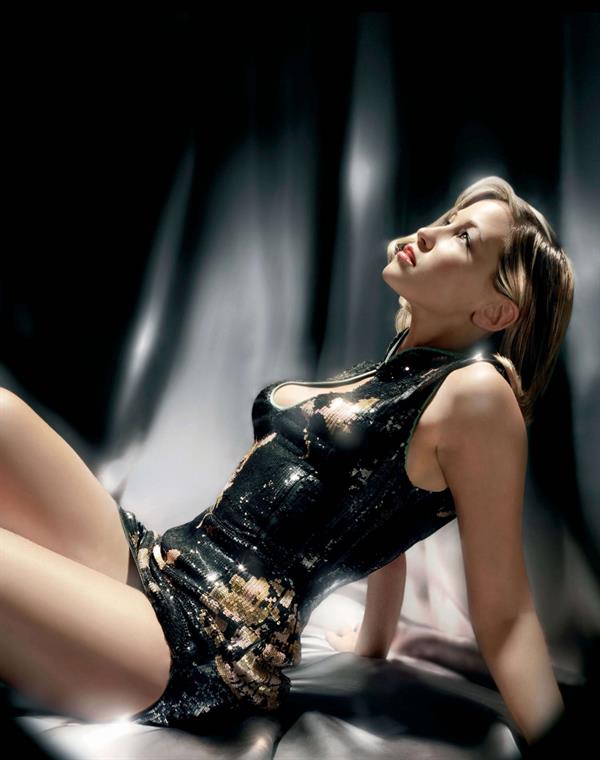 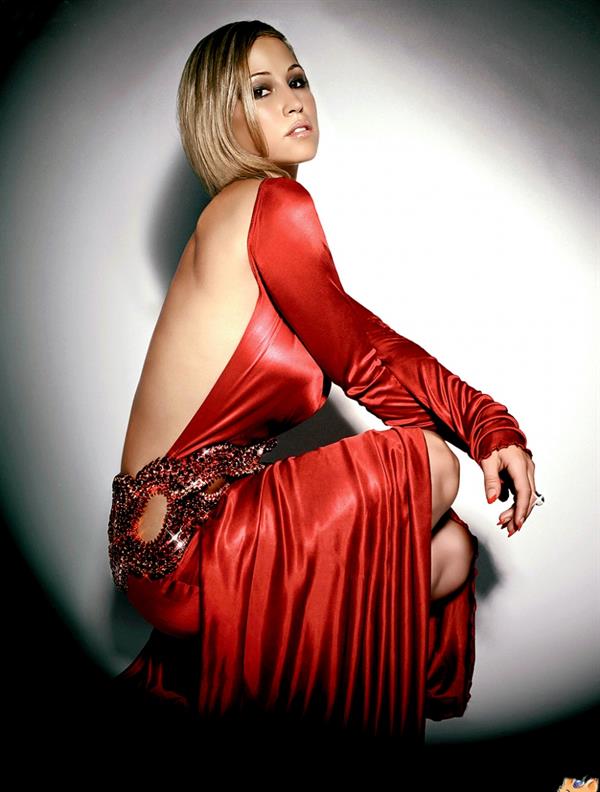 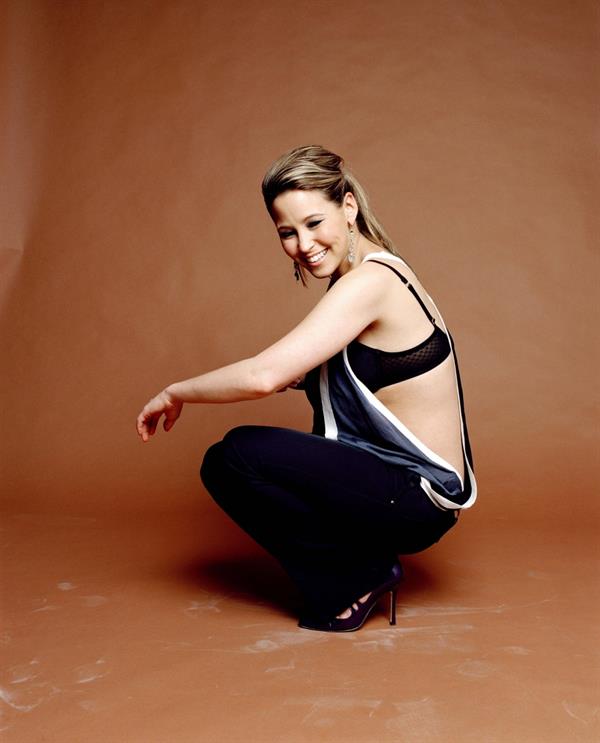 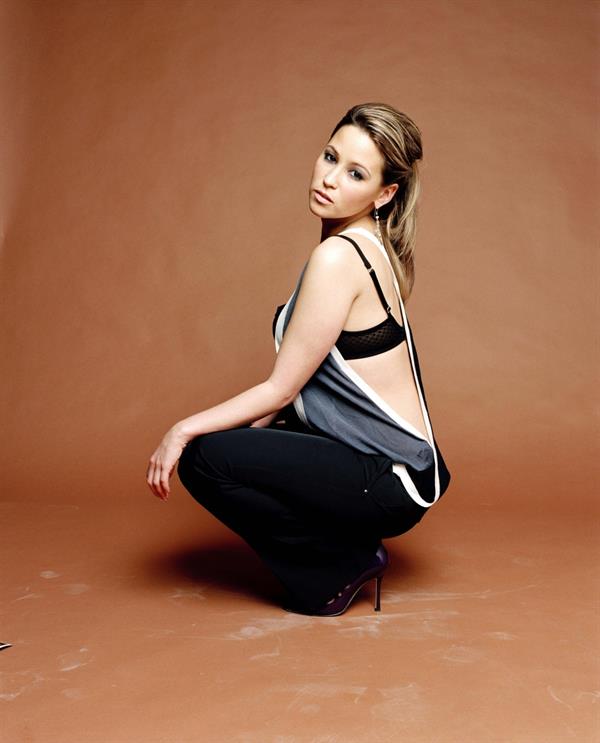 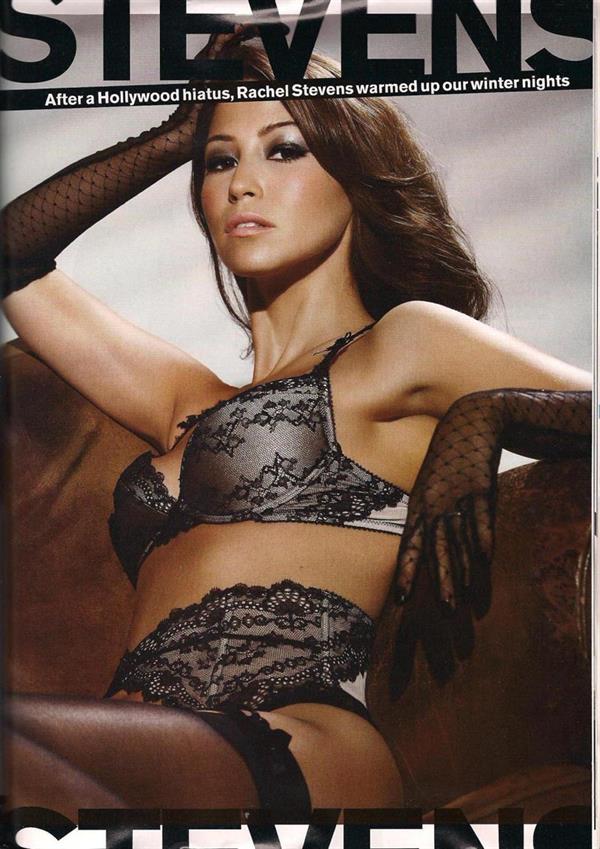 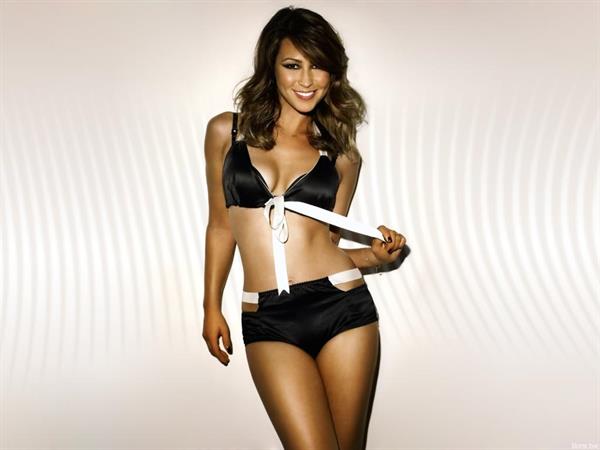 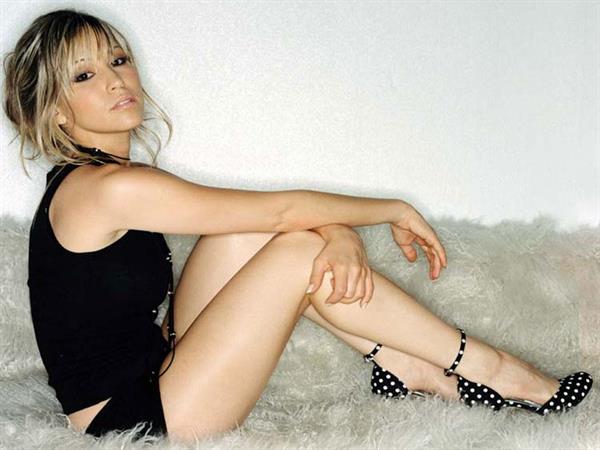