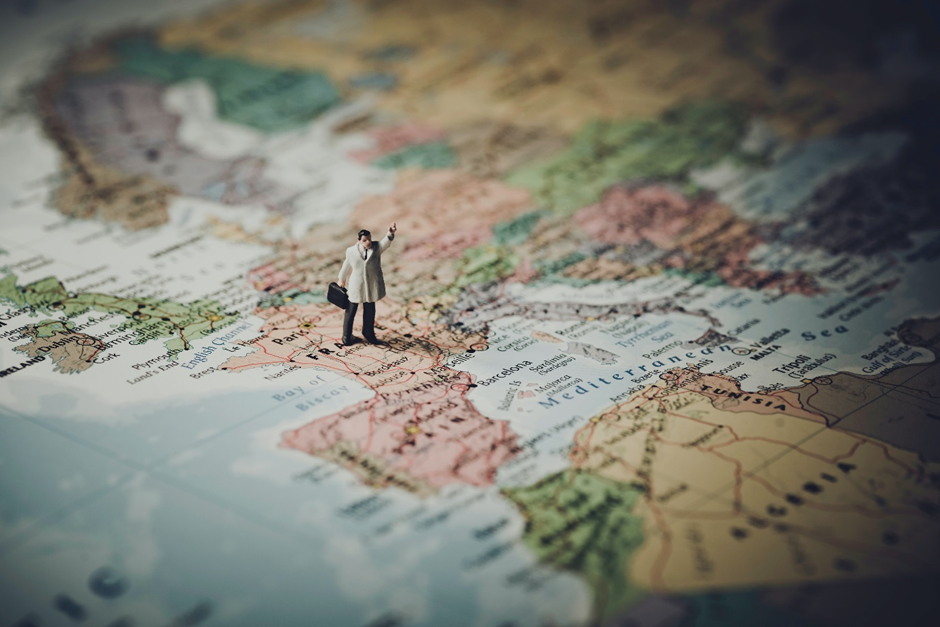 The facts about sex tourism in the UK are relatively straightforward. In the conventional sense, UK sex tourism isn’t really a thing. While the UK has a thriving high-end escort industry, it’s not a country people flock to with ‘adult entertainment’ in mind.

But what’s interesting is how some of the world’s most popular and appealing sex tourism destinations are far from the first places that spring to mind, when the subject is brought up. According to the folks at Ennvy – one of the UK’s leading online escort services – it’s not all about travelling as far as Asia to get your kicks. In fact, the demand for escort services, including male escorts is on the rise.

In fact, some of the most iconic (and active) sex tourism destinations are right on the doorstep of Great Britain.

Truth is, most people who fall within the bracket of ‘sex tourists’ have an entirely different definition of what it means. In some instances, those who travel to places like Thailand and simply indulge on occasion during their visit would not consider themselves sex tourists.

They may even be offended by the notion, given the fact that they didn’t travel to a particular place with one primary objective in mind.

By definition, however, those who make use of the adult entertainment sector in any foreign country during a stay for any reason could technically be bracketed as a sex tourist. Not that there’s anything wrong with this, just as long as what takes place happens in accordance with all applicable laws.

As for where people are heading to get their kicks, some of the world’s most popular sex tourism destinations are more obvious than others. Whether looking to travel to the other side of the world or simply pop overseas for a weekend break, there’s no shortage of options to choose from.

Even today, the Netherlands is one of the most popular destinations in the world for sex tourism. There’s been a bit of a clampdown on rowdy visitors making a mess of things over the years, but Amsterdam’s red-light district remains perhaps the most iconic in the world.

Each year, around 4.6 million people descend on Amsterdam for a variety of reasons. Incredibly, the country’s sex tourism trade accounts for approximately 5% of its entire GDP. Hence, it is hardly surprising that the Netherlands is also known for looking after its sex workers on a level few other countries come close to, rather than attempting to punish people for making a safe and honest living.

Slightly further afield, research suggests that this particular part of West Africa has one of the most thriving sex industries to be found anywhere in the world.  But what’s interesting here is how just as many women as men use the services of sex workers in the Gambia.

Official statistics are hard to come by, but the sex industry here is exceptionally popular among locals and visitors alike. It’s also a place where the sex industry goes beyond basic physical gratification, with many seeking little more than companionship and company.  The Gambia has become an increasingly popular tourist destination in general over recent years, further fueling its already booming sex tourism industry.

Depending on where you head in the Caribbean, you could be looking at a sex tourism industry that’s predominantly underground or well and truly in your face. For example, the Dominican Republic is one of the most popular sex tourism destinations for visitors from the United States, partly due to its proximity.

Meanwhile, sex tourism in Cuba is extremely common, despite technically being illegal in most of its forms. It’s also the same in Jamaica, where prostitution is technically against the law, but nobody really pays any attention to it. There’s also a thriving sex tourism sector in Barbados, which is also home to a supremely popular red-light district many tourists flock to.

Last but not least, Spain is far from the first place most people would think of when discussing sex tourism. Nevertheless, those who visit Spain for exactly this reason know that it has one of the most prolific sex industries anywhere in Europe.

The country’s sex trade is concentrated predominantly around Madrid, Barcelona and other big cities, which welcome millions of visitors every month of the year. Some estimates suggest that there is anything up to 400,000 sex workers operating in the country. Most of whom are operating completely legally, as there is no specific legislation in Spain that outlaws prostitution.

Lee Hyori: The Magnificent Hottie From South Korea
Georgia Salpa Will Make Your Day Worth Living