Oh yes…  2011’s FHM UK cover for the month of September.  There’s just something about Laura Whitmore here.  Yup, kinda’ like Mary (Cameron Diaz).  And that is aside from being beautiful and sporting a beach physique. 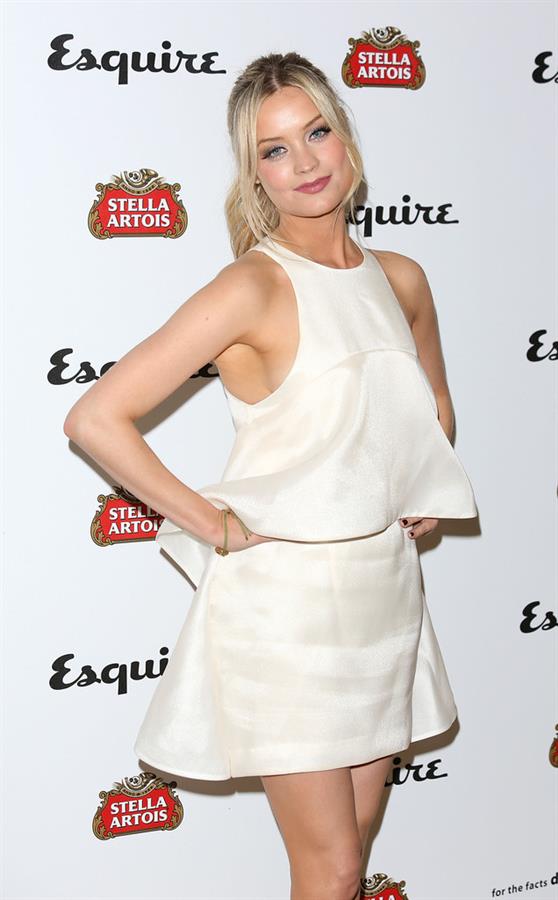 This woman has really got the IT factor. No, not the clown with the red balloon.  I mean…  The “it” that will make you look long and hard and just make you go “wow!”  And yes, after this feature, you’d really go “wow!”

Who is Laura Whitmore? 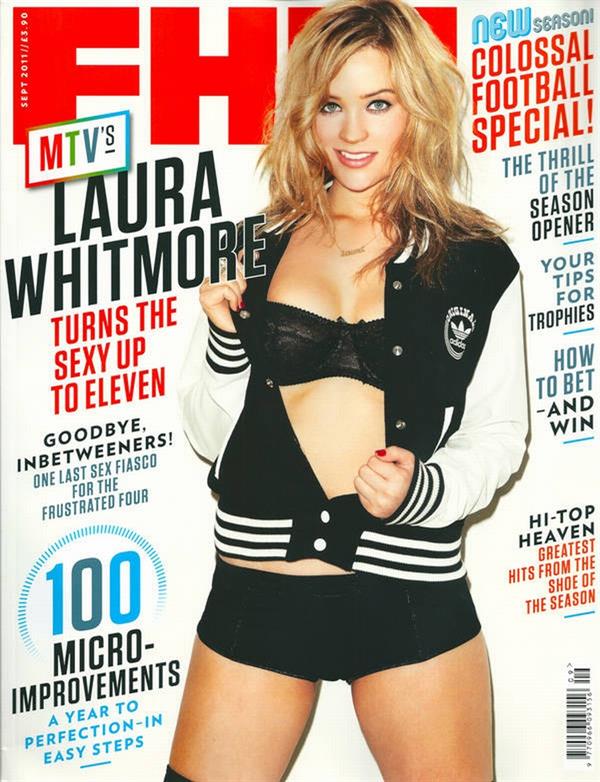 A noted humanitarian, Laura served as the spokeswoman for the “Because I Am a Girl” charity clothing campaign.

Laura Whitmore was born on May 4, 1985, in Bray, County Wicklow, Ireland to parents Carmel Whitmore and Sean McIvor.  She attended Loreto Secondary School, before studying journalism at Dublin City University. 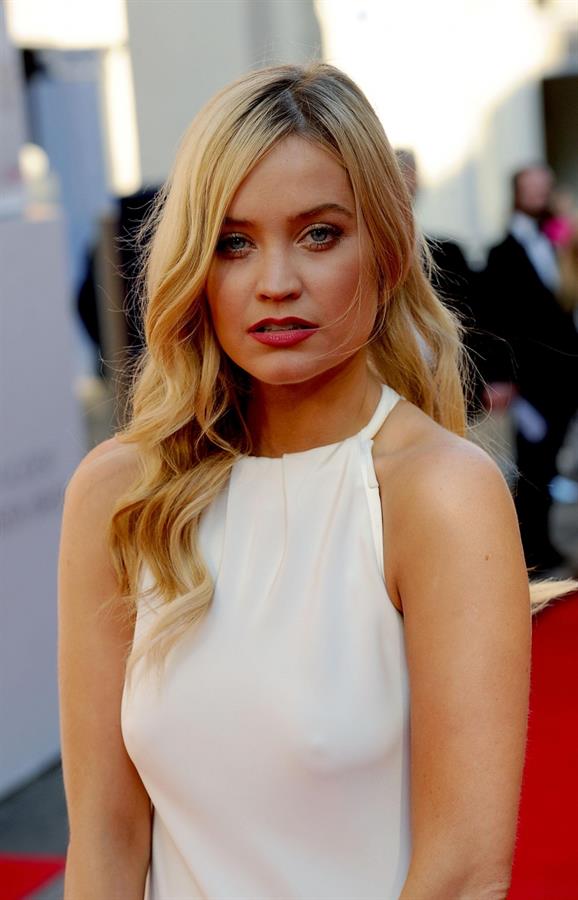 In April 2008, MTV Networks Europe launched a campaign Pick Me MTV where Laura competed against other contestants to become the face of MTV News in MTV Europe.  Laura beat the other competitors and landed herself a job as the face of MTV News in Europe.  Between 2008 and 2015, she hosted news bulletins for MTV in Ireland, the UK, and pan-European MTV channels.  She was regularly seen on MTV News hosting special events in Ireland and elsewhere in Europe.

In 2011 she replaced Caroline Flack on ITV2’s I’m a Celebrity Get Me Out of Here! NOW! and in 2012 she hosted the BRIT Awards alongside Keith Lemon.  In the summer of 2012, she appeared on the RTÉ television talk show, Saturday Night with Miriam, after carrying the 2012 Summer Olympics torch.

In 2014, she joined the BBC Eurovision team as a commentator for the Eurovision Song Contest 2014 semi-finals in Copenhagen, Denmark alongside Scott Mills on BBC Three.  She replaced Ana Matronic in the role but did not return in 2015. In 2014, she was an occasional presenter of “The Hub” section on ITV’s This Morning. 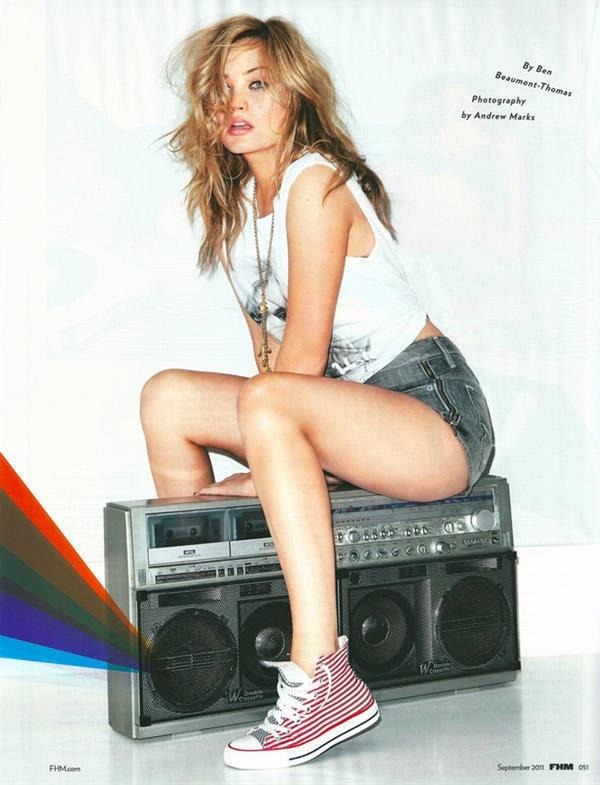 In February 2015, Laura left MTV News after seven years on the channel but continued to present irregular segments and specials.  Around September of the following year, Laura took part in the 14th season of Strictly Come Dancing.  She was partnered with Italian dancer Giovanni Pernice and was the sixth contestant to be voted out, in November 2016, following a dance-off with eventual series champions Ore Oduba and Joanne Clifton.

In 2018, she presented Survival of the Fittest, a reality series for ITV2, alongside comedian Brennan Reece and In December 2019, it was announced that Laura would host the sixth series of ITV2’s Love Island in 2020 after Caroline Flack’s exit., and returned for the seventh series in June 2021.

In 2003, Laura was a contestant in a modeling talent search on RTÉ One’s The Late Late Show, reaching the final 15 of the competition.

he launched a self-branded clothing range available at A Wear in August 2009.  She is also a spokeswoman for the Because I Am a Girl charity clothing campaign.

In October 2014, she launched Misstache for Movember, a campaign for women to support and raise awareness of the men’s health charity.

She collaborated with Daisy London on a jewelry collection in October 2015.  The collection was inspired by music and features the recurring shape of the plectrum throughout.

Laura appeared on FHM’s 100 Sexiest 2015 list at number 37.  She also appeared in the music video for “Skip to the Good Bit”, a song by Rizzle Kicks, and the music video for “Mark My Words” by The Coronas.  In 2017, she played Cleo Morey in the stage adaptation of the Peter James book Not Dead Enough.

Laura was in a relationship with musician Rory Williams until their split in 2016. In 2017, she began dating Iain Stirling.  The two married in a private humanist ceremony at Dublin City Hall in 2020.  They welcomed her first child in 2021. 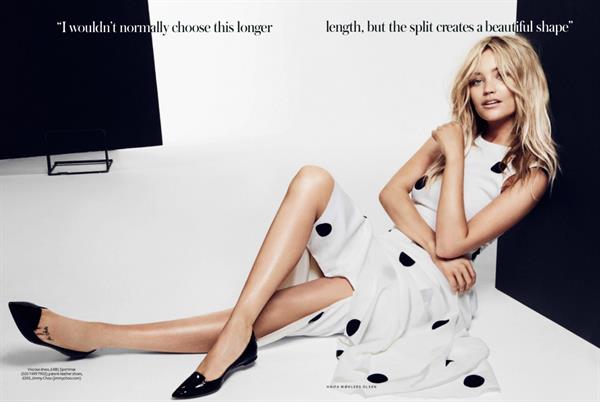 In September 2020, Laura was announced by Nintendo UK as a brand ambassador for the Nintendo Switch game Ring Fit Adventure and began appearing in a TV advertisement for the game.

On March 4, 2021, Laura’s first book titled No One Can Change Your Life Except For You was released. 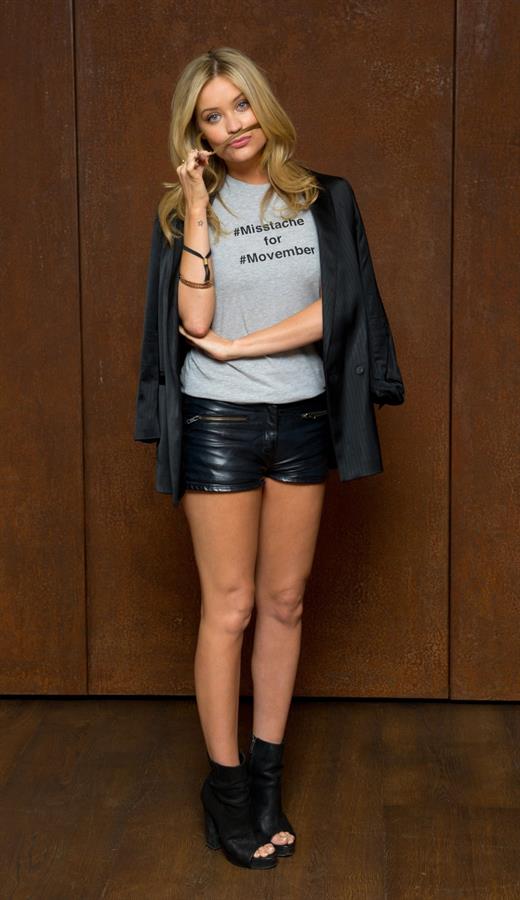 Join her over 1.5 million followers on Instagram for her super attractive personal posts.
And don’t forget to check out our Laura Whitmore page for more of her stunning pictures. 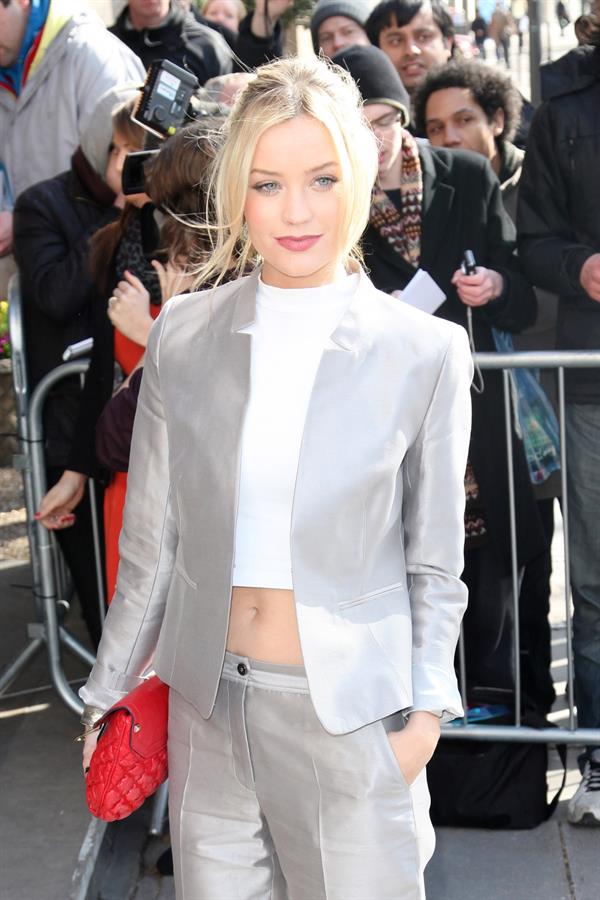 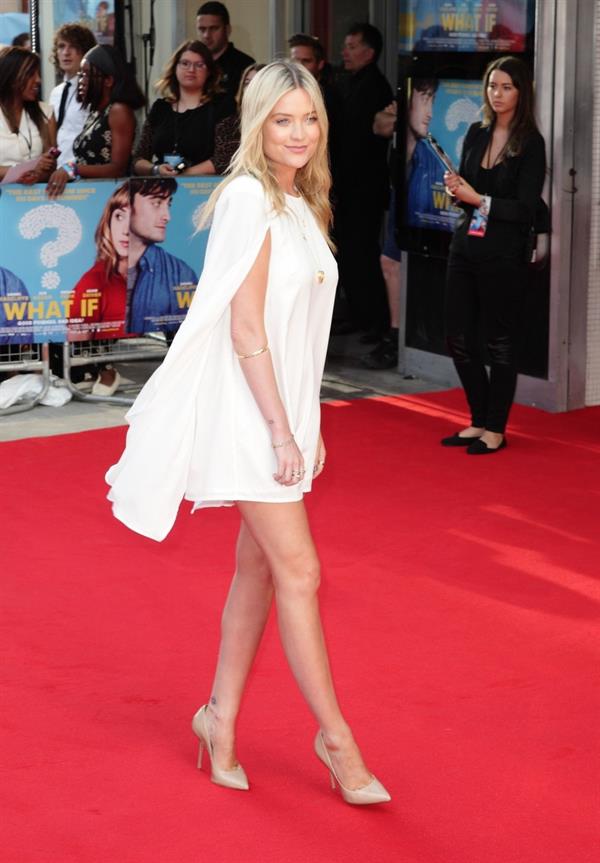 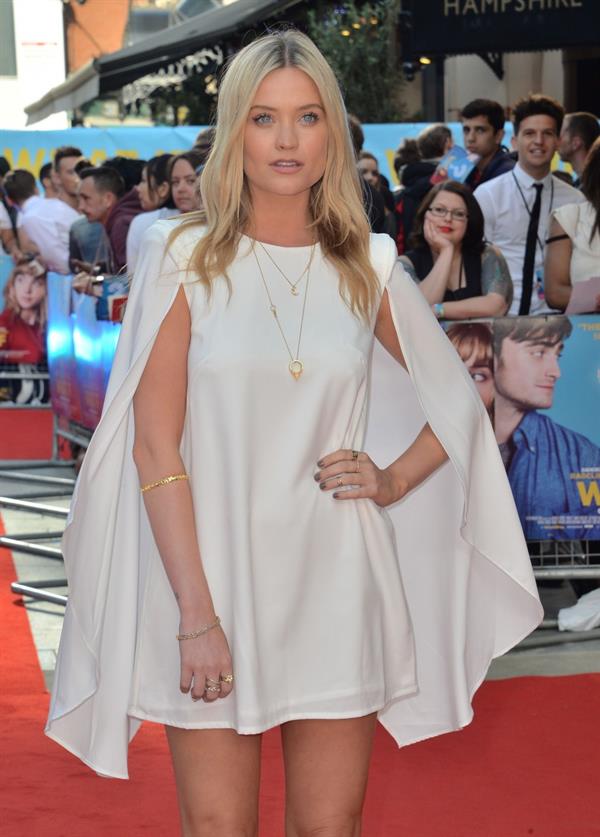 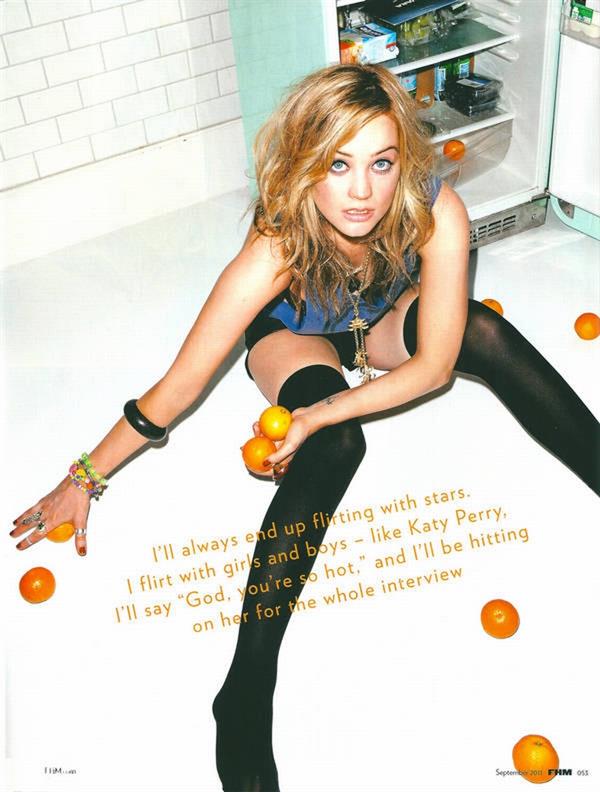 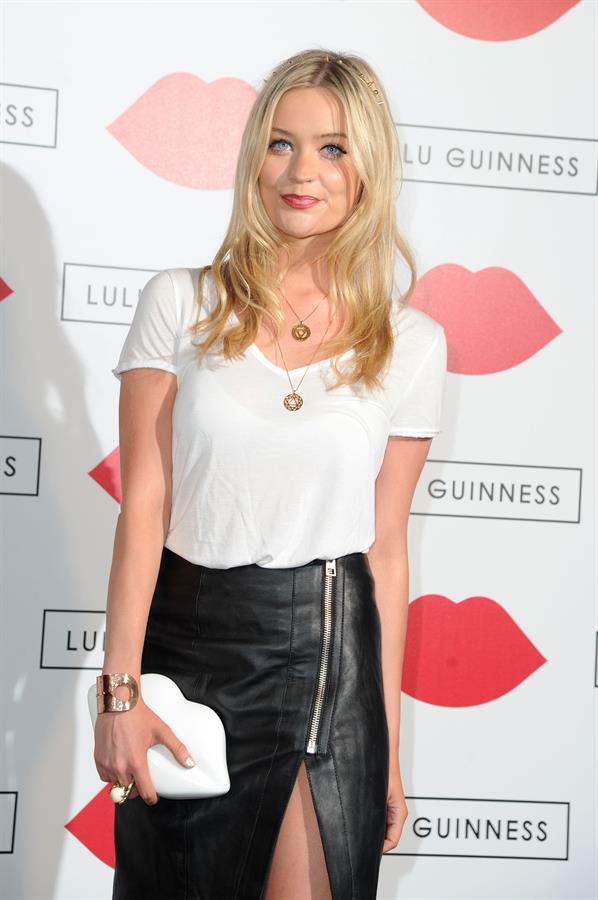 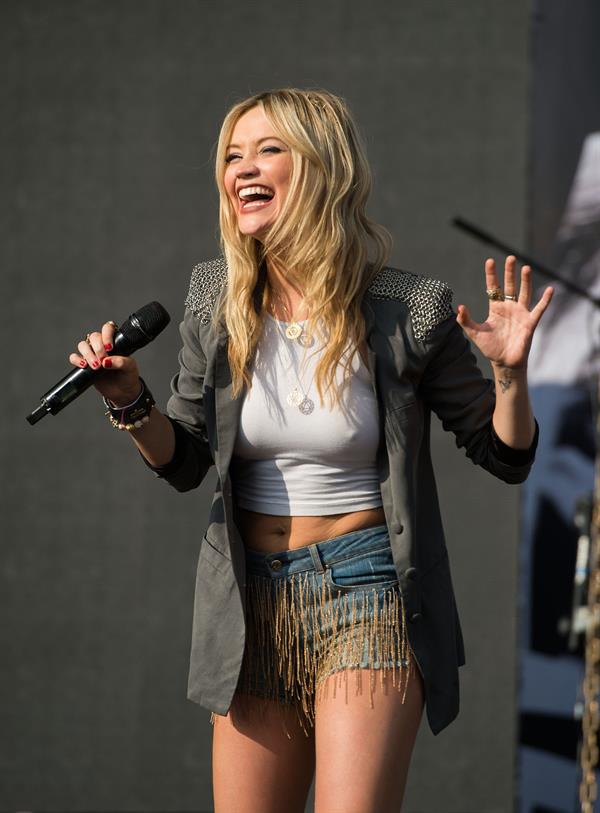 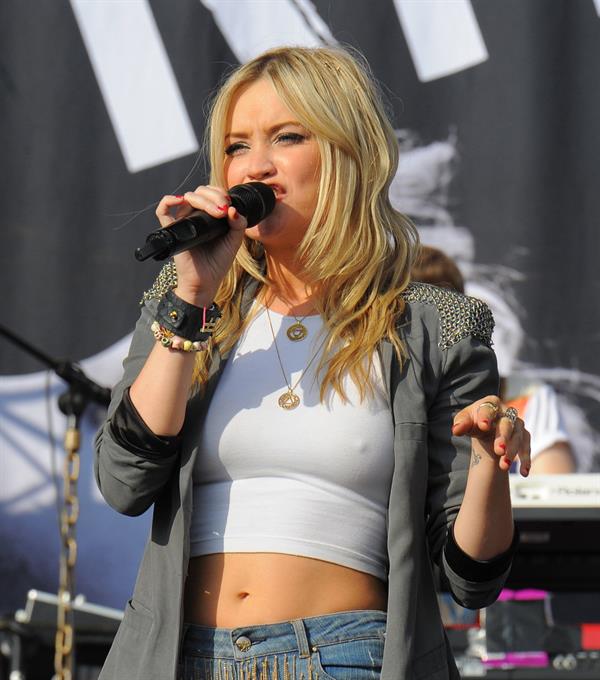 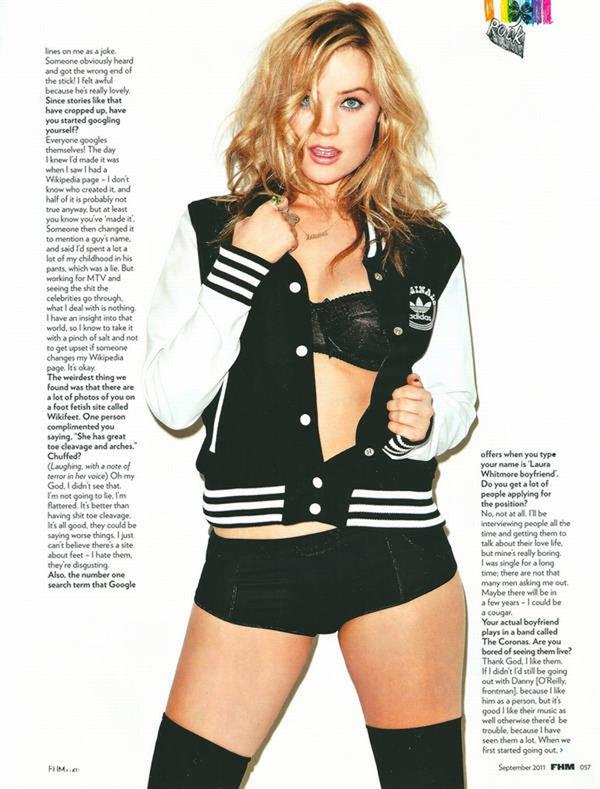 The Beautiful Bar Paly Deserves Your All Your Attention!
Super Fit And Fab Alexandra Bring Is Our Friday Feature