Oh, such class this hottie possesses.  I mean, she doesn’t even have to show that much skin to get your entire attention.  Yup, just look at this very first picture… 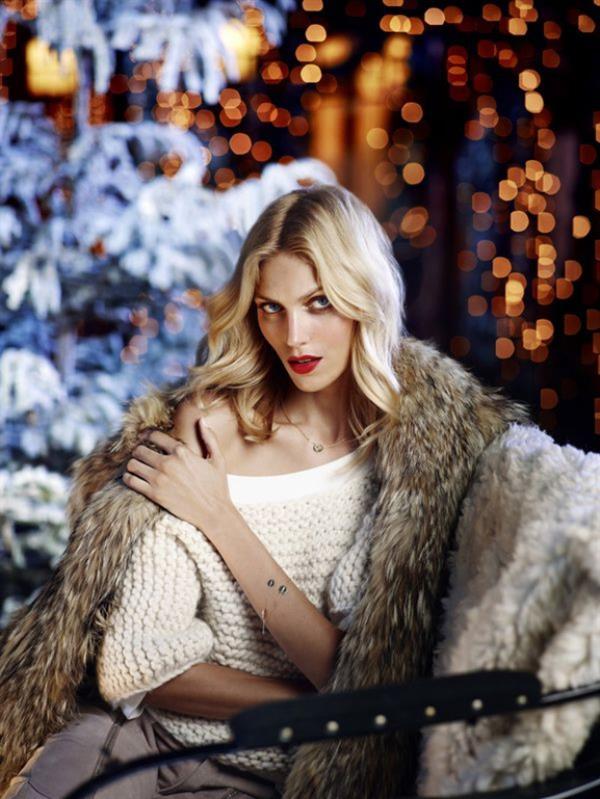 Anja Rubik is a master when it comes to striking a pose.  How she projects is truly a talent one cannot deny.  Oh, yes, her gallery below will totally either relax you or exhilarate you.  But before that, how about we read and get to know her a bit.

Who is Anja Rubik?

Anja is a Polish supermodel, activist, philanthropist, and businesswoman.  She is considered to be one of the most internationally successful models of the mid-to late-2000s to today.  Rubik is known for her effortless style and for being the muse of Anthony Vaccarello.  Anja is also famous for being a Victoria’s Secret model who has walked the runways for designers like Shiatzy Chen, Givenchy, Chloé, and Christian Dior. 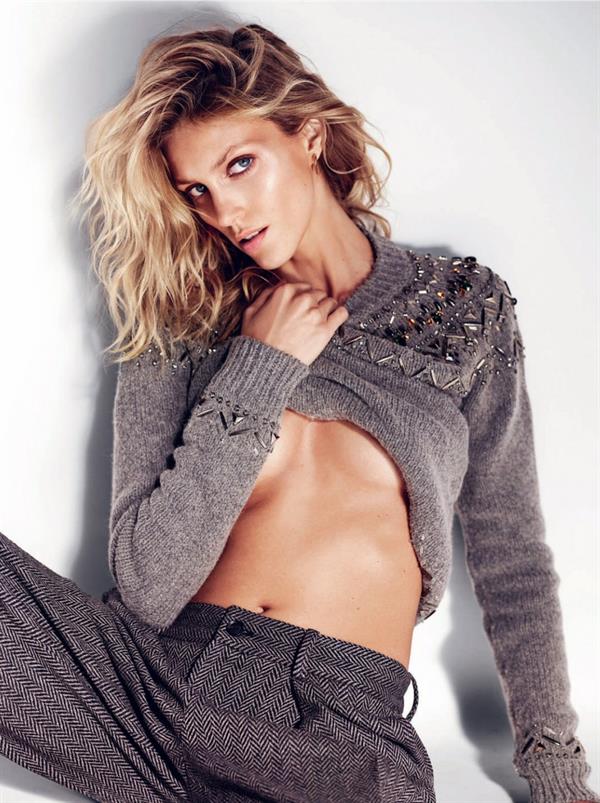 She appeared in Wii’s 2009 Yoga fitness game and has made several appearances on Top Model in Poland, hosted by Joanna Krupa.

Anja Rubik was born on June 12, 1983 in Rzeszów, Podkarpackie, Poland.  In 1988, she and her veterinarian parents moved to Greece.  They later moved to Canada and to Umtata, South Africa. In 1992, they moved back to Poland after the fall of the Berlin Wall.  Anja was interested in modeling from a young age after watching George Michael’s music video for “Too Funky” featuring famous 90s supermodels.  She participated in a local modeling contest, where she was scouted by a Parisian agency.  In 1999, she moved to Paris to begin her modeling career. 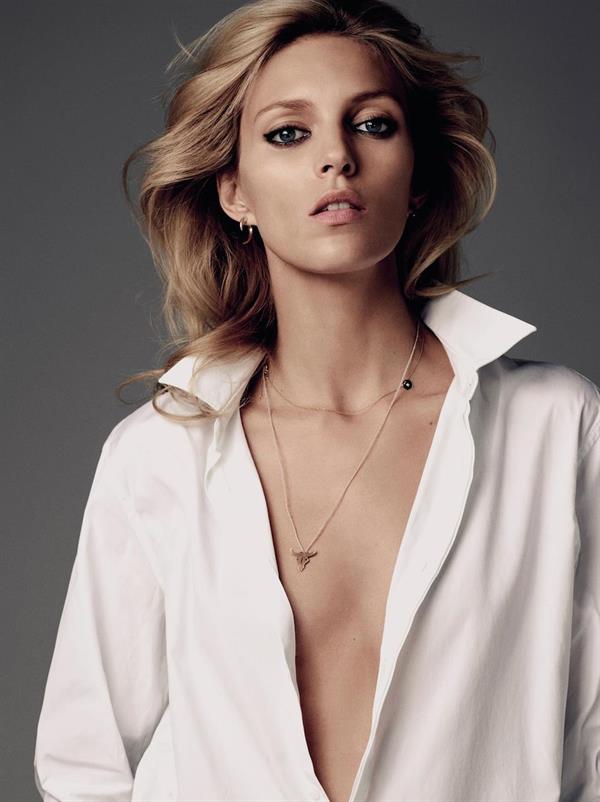 Anja made her runway debut with the Fall/Winter 1999 ready-to-wear collections at Paris Fashion Week.  In 2000, Anja signed with Next Management in Paris. Her modeling career took off in 2005 when she was cast in her first campaign for Chloé, which was shot by Inez van Lamsweerde and Vinoodh Matadin.  By the end of the year she was a clear industry favorite and was labeled fashion’s rising star by Style.com.  By 2009, Rubik was dubbed a “top model” by French Vogue.  Anja was named the “world’s most in-demand model” by the International Business Times in 2011.
Vogue Paris declared Rubik one of the top 30 models of the aughts. In 2010 she was ranked as one of the top 25 Money Girls by models.com.  By 2012, she was ranked as an Industry Icon. 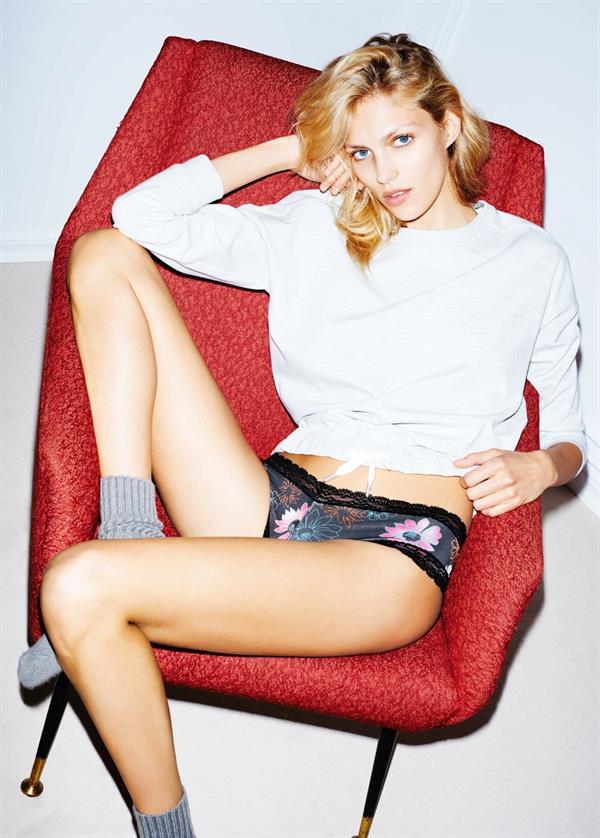 Anja made her Victoria’s Secret runway debut in 2009, at the annual televised fashion show; she also performed in the intimate apparel behemoth’s runway spectacular in 2010 and 2011.

Anja has appeared on the covers of over twenty-five international issues of Vogue. She was chosen by frequent collaborators Inez and Vinoodh to cover the fourth issue of Porter magazine (following the likes of Gisele Bündchen and Lady Gaga), the print offshoot of luxury e-retailer Net-a-Porter, and Mario Sorrenti photographed her for the covers of Lui and The New York Times Style Magazine. She has also covered Ben Hassett’s TIME Style and Design, Slve Sundsb’s Garage, and the worldwide editions of Elle, Glamour, Harper’s Bazaar, Nylon, Numéro, self-service, and W magazines. 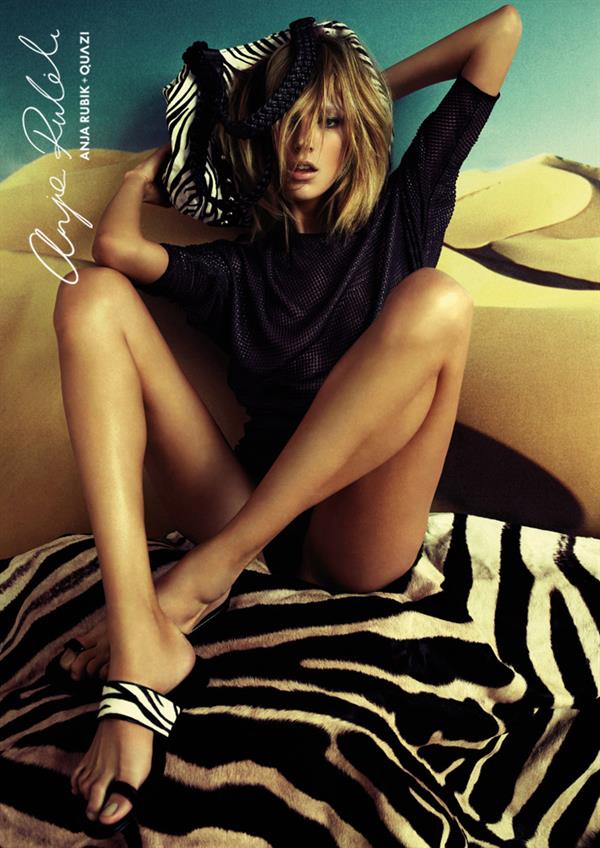 In 2011, Anja met designer Anthony Vaccarello.  She appears in campaigns for his self-titled company after starring in his debut runway collection in 2012.  By wearing one of his mile-high slit gowns to the 2012 Met Gala, she helped boost the fledgling designer’s career.  From 2012 to the present, Rubik has been Vaccarello’s muse. 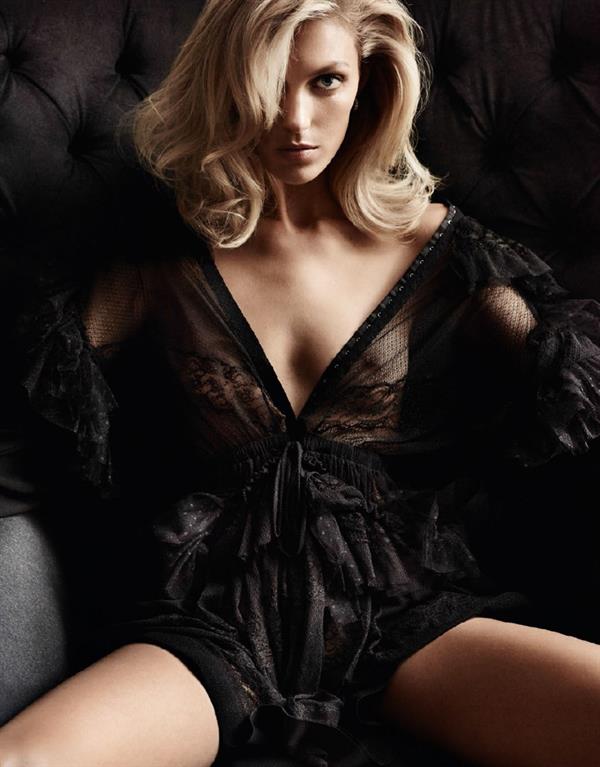 Since Vaccarello’s appointment as Creative Director of Saint Laurent in 2016, Rubik has appeared as the face of the brand in campaigns and on the runway.  The brand’s designs and image are largely inspired by Rubik’s punk-meets-feminine style.

Anja appears in the 2009 Wii home console fitness video game Yoga Wii.  She was also the inspiration for the main character Cane Lele in the manga “The One.”

Anja and her longtime boyfriend, Serbian model Sasha Knezevic, became engaged just before Christmas 2010 in Vienna.  They married on 16 July 2011 in Deia, Majorca.  In October 2015, Anja confirmed that they had separated and later divorced. 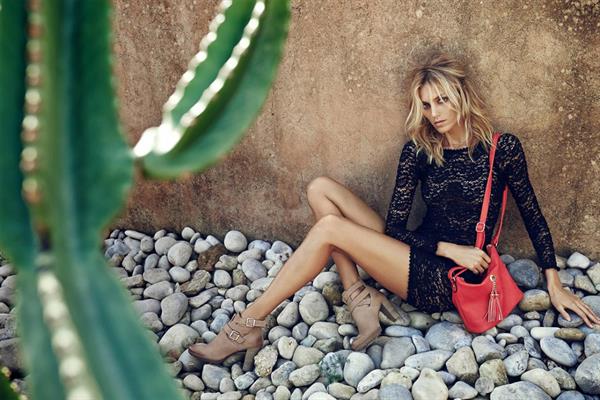 She appeared in a music video for the song Chleb by Mister D., a music project of Polish novelist Dorota Masowska, in 2014.

Anja Rubik’s debut fragrance, “Original by Anja Rubik,” was released in 2014, and she was involved in every stage of the creative process, from honing the aroma to creating the bottle and campaign, which was shot by Paola Kudacki.

Anja made her directorial debut in September 2015, directing the teaser film for Issue 04, which featured Andreea Diaconu and was themed on the strength and influence of the five senses. 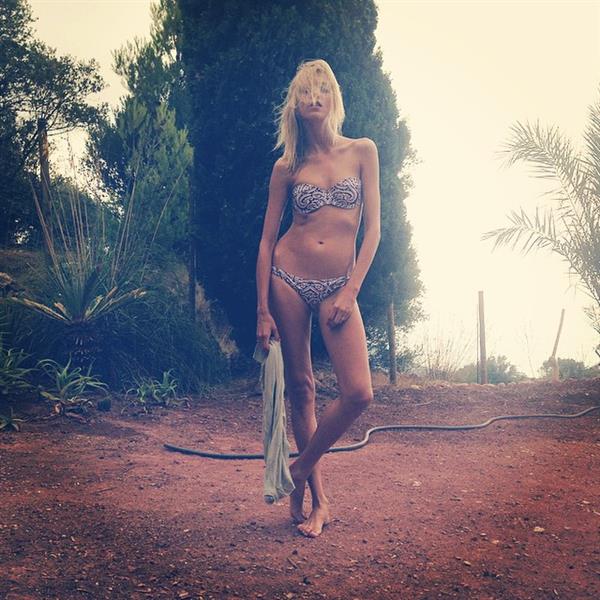 Join her over 1.4 million followers on Instagram for her latest lifestyle posts.
Also, do check out our Anja Rubik page for more of her extremely attractive pictures. 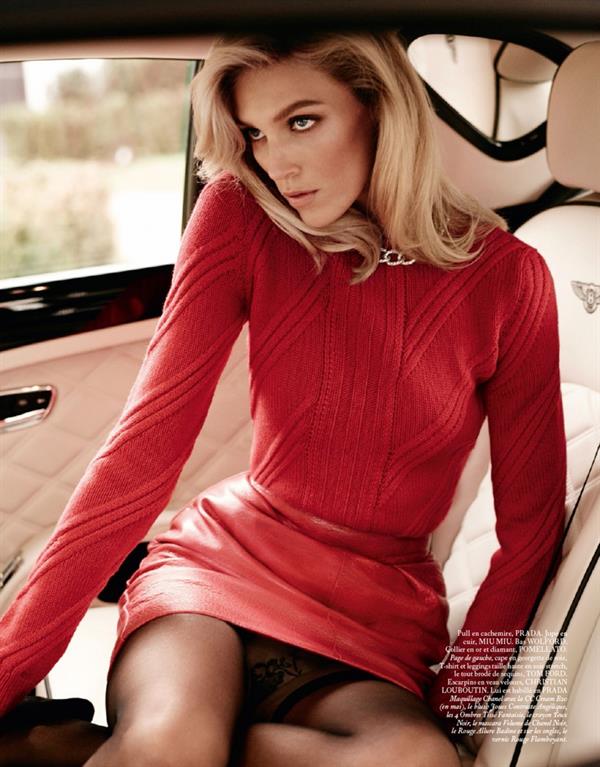 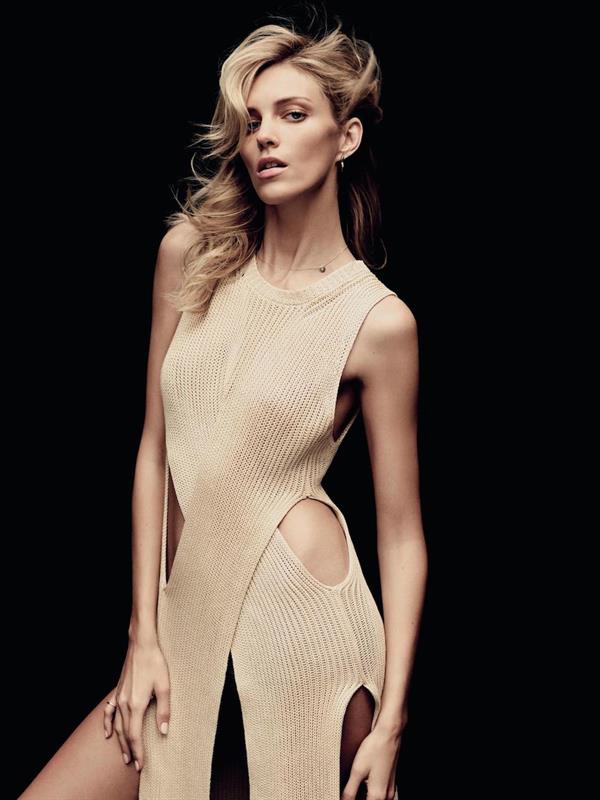 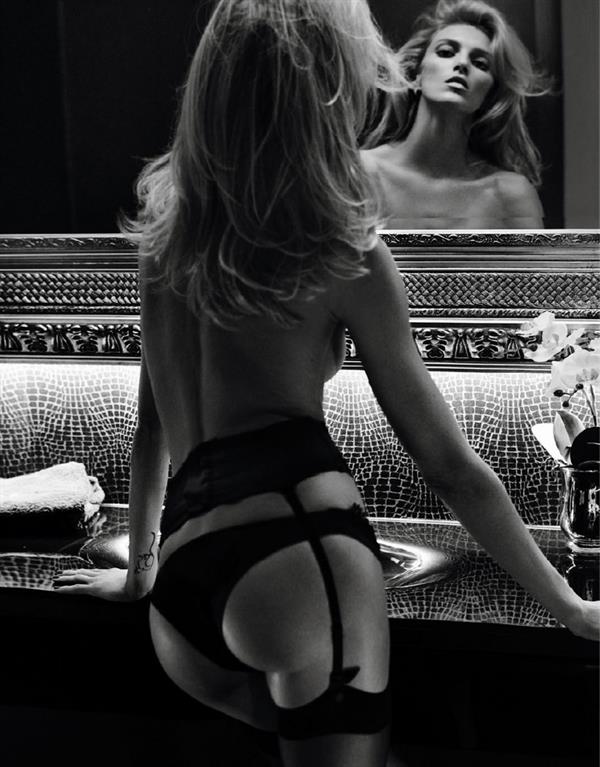 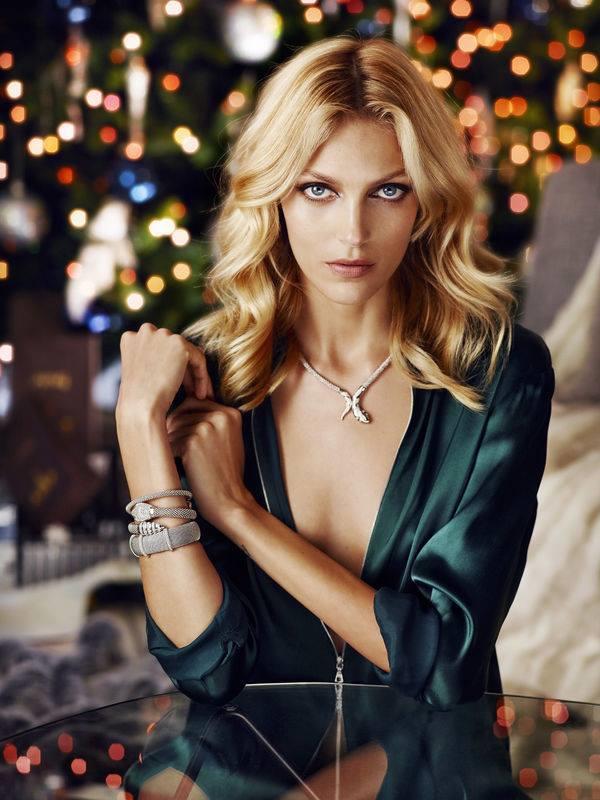