One could just stare at Edita Vilkeviciute…  Because she is just gorgeous beyond words.  And yes, it is just her face I’m talking about.  Now, if we include that body of hers in a bikini then wow!  Just wow!  It would take a good month, I think, before you blink.

An awful lot of you would probably trade his current job to be Edita’s personal assistant here.  Especially if your job description includes applying suntan lotion on her bikini-clad body.

Who is Edita Vilkeviciute?

Edita is a Lithuanian-born fashion model who has appeared in photo spreads for Vogue Paris, Emporio Armani, and Dior Beauty and participated in runway shows for such designers as Yves Saint Laurent and Stella McCartney.  She was a cover model for Marie Claire, Allure, and other fashion magazines as well. 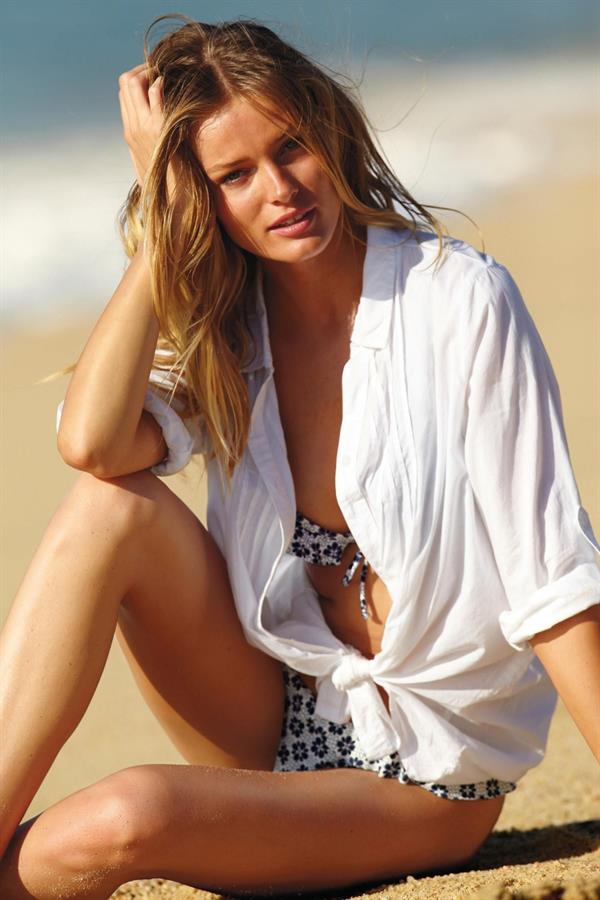 Edita Vilkeviciute was born on January 1, 1989, in Kaunas, Lithuania.  Edita was very athletic as a child and she played basketball while growing up. 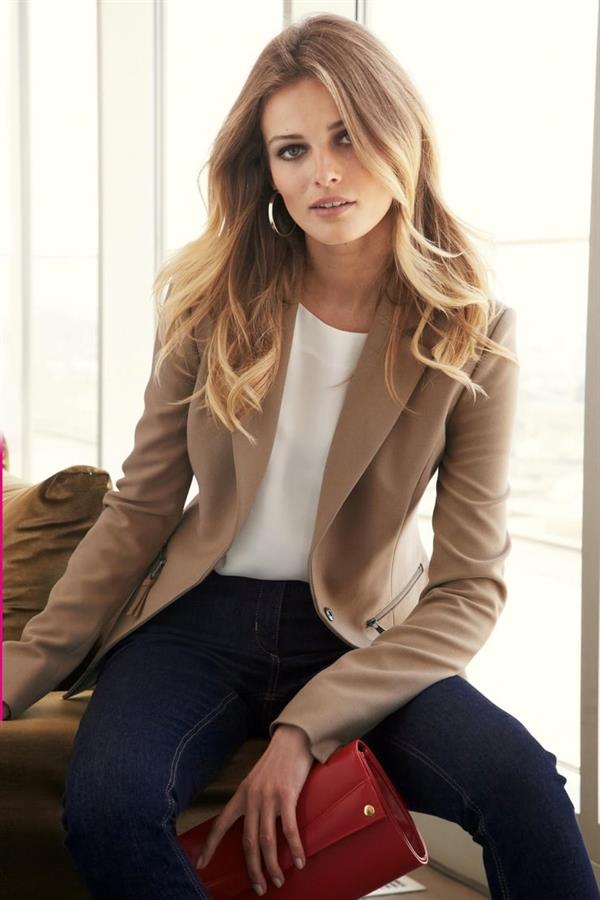 Edita attended a model casting organized by D-Max models management while she was on vacation with her parents on the Lithuanian seaside.  After her discovery, Vilkevičiūtė signed to Women Management in Milan at the age of 16 years, and later, VIVA in Paris in 2006. Her runway debut was at Just Cavalli for the spring/summer 2006 shows in Milan.  The following month, she featured in her first Vogue Paris editorial, shot by Katja Rahlwes, followed by another in February 2007 by Mark Segal.

In 2008 she was chosen for Dolce and Gabbana’s Spring/Summer campaign, captured by Mario Testino.  She featured prominently in the 2008 Versace Fragrance, Marc O’Polo, Giuseppe Zanotti, and Eres Paris print campaigns.  In late 2008, she participated in the Victoria’s Secret Fashion Show 2008, in the “PINK” section.

During the Spring/Summer 2009 season she walked over 35 runways for some of the world’s top designers, such as Chloe, Shiatzy Chen, Chanel, Stella McCartney, Givenchy, Yves Saint Laurent, Zac Posen, and Dolce & Gabbana, and later participated in the Victoria’s Secret Fashion Show 2009, in the sections “All Aboard” and “Enchanted Forest”.  In the same year, she appeared nude in a steamy photoshoot for Interview magazine with Zac Efron. 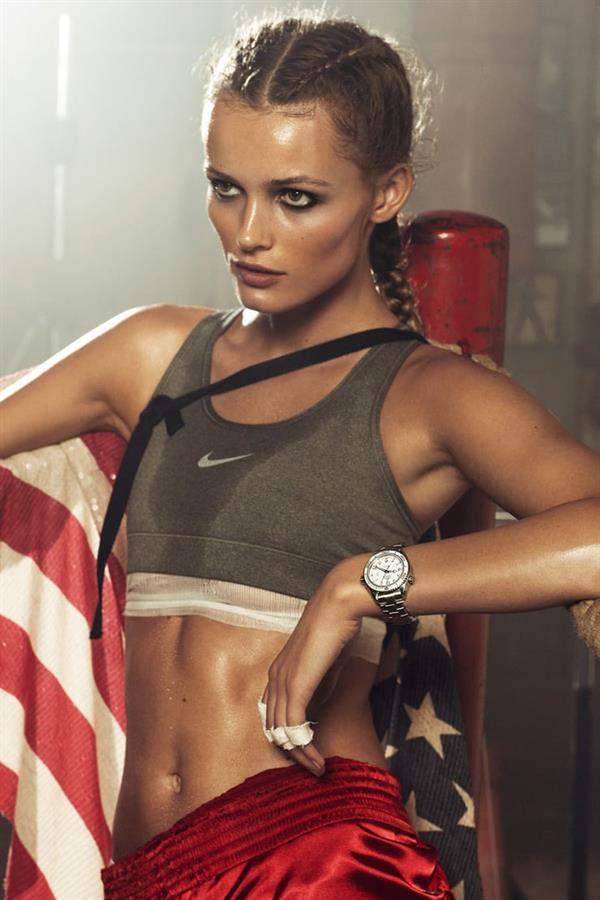 Edita appeared in the 2012 Pirelli Calendar photographed by Mario Sorrenti.

In mid-2013 she became the new face of Bulgari Omnia Crystalline Fragrance and she appeared in the Fall campaign ads of Juicy Couture.  She was also featured on the October 2013 cover of Vogue Paris and on the cover of the December 2013 edition of Lui France with an editorial entitled “Edita at the Beach”.  In 2014 she became the face for Viktor & Rolf ‘Bonbon’ Fragrance Campaign shot by Inez & Vinoodh.

In 2015 Edita has been chosen as the face of Juicy Couture’s spring-summer 2015 advertisements.

Edita has been married to Björn Frederic Gerling since July 2017.

She is often compared and has a resemblance with Claudia Schiffer, her modeling idol. 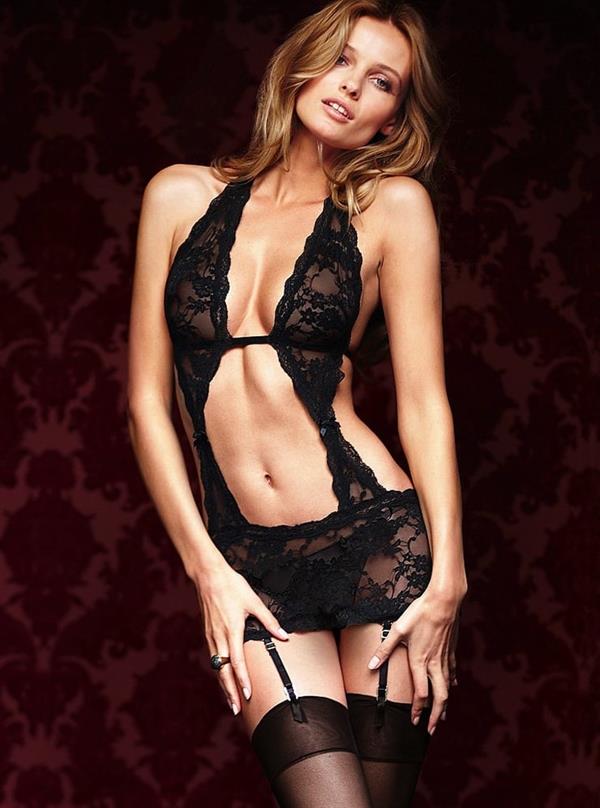 Edita is an accomplished pianist.  She also plays the guitar, drums, and accordion.

In 2015, for the first year, she joined the rankings as one of the highest-paid models in the world by Forbes. 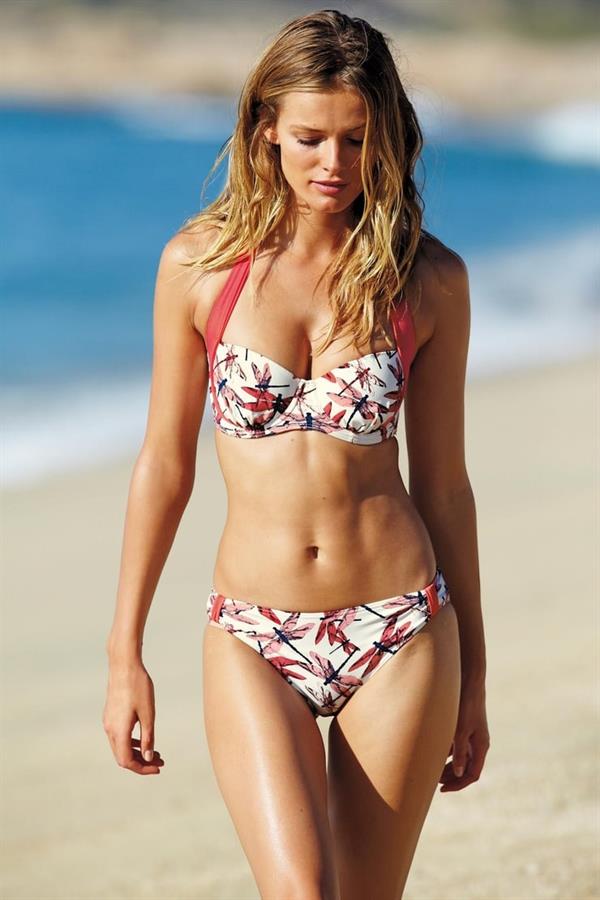 Do check out our Edita Vilkeviciute page for a good amount of her pictures.
And you can check out some of her topless shots here. You are welcome! 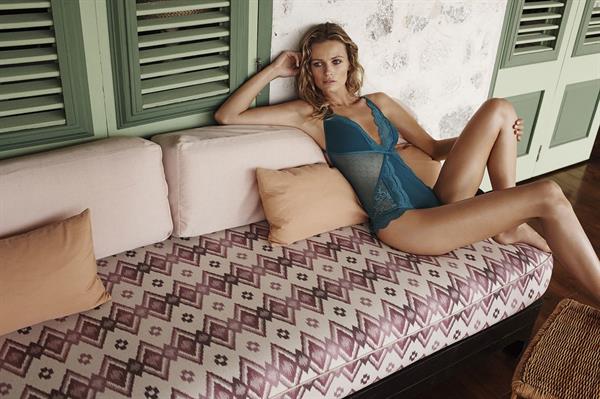 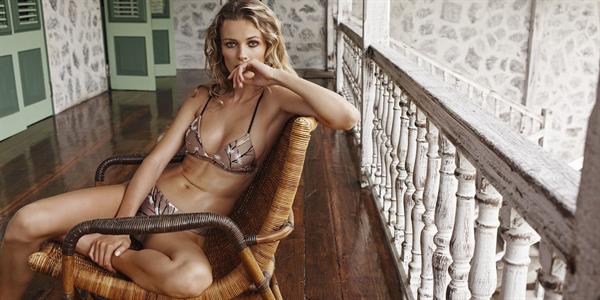 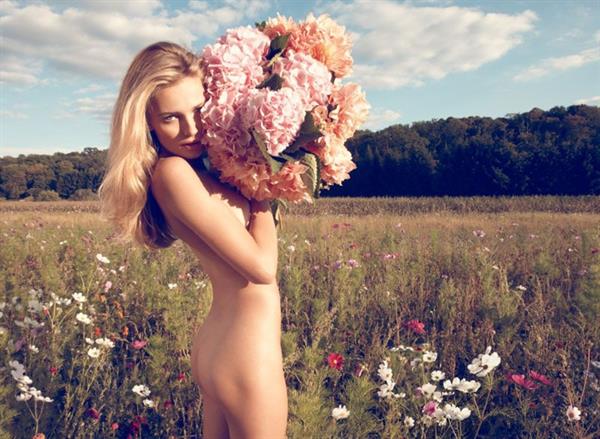 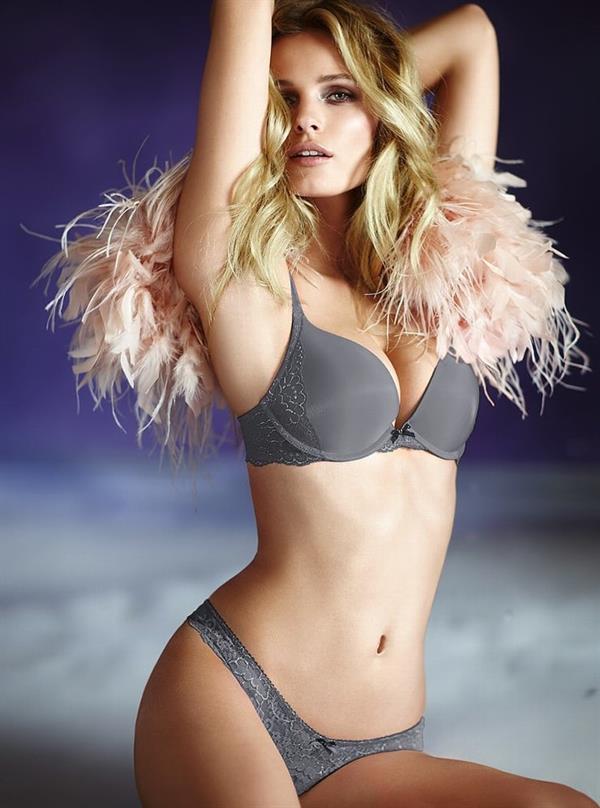 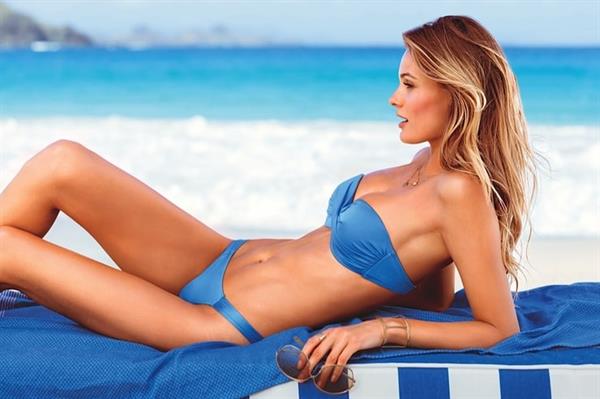 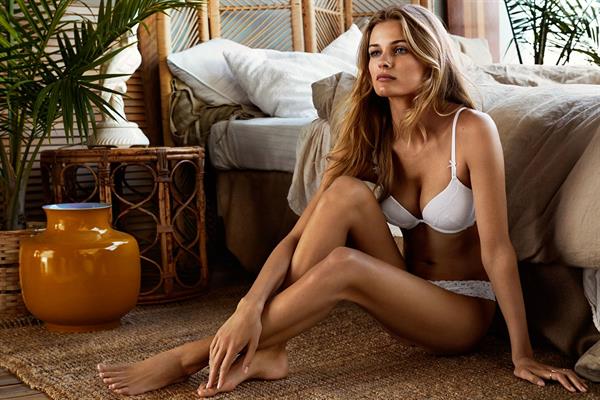 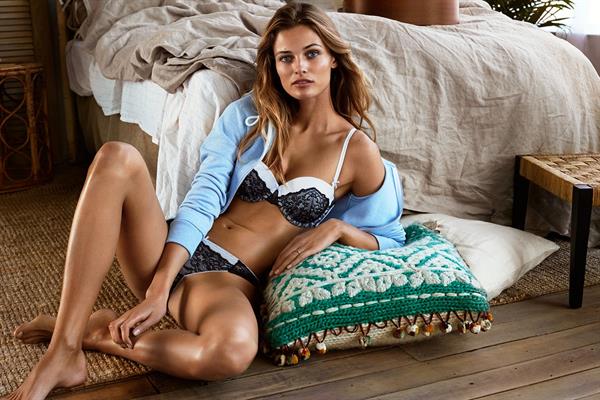 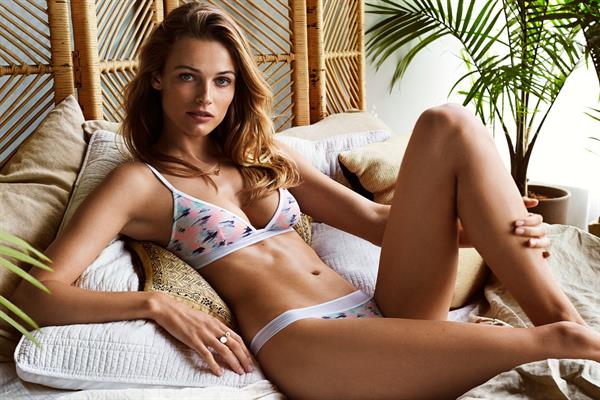 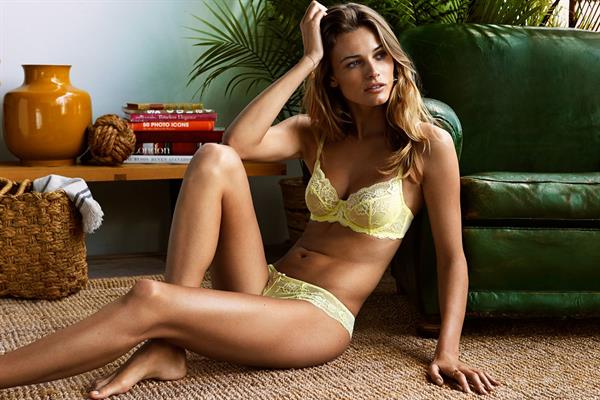 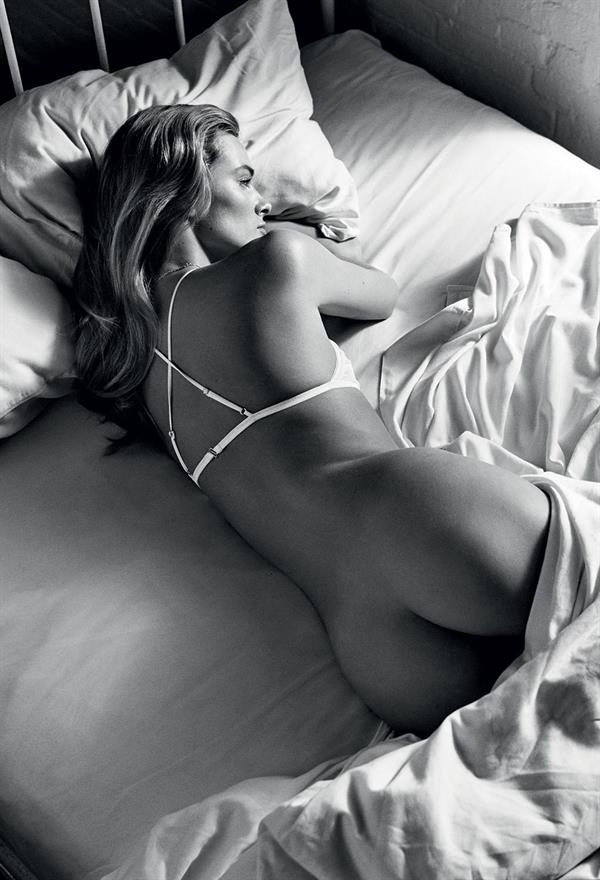 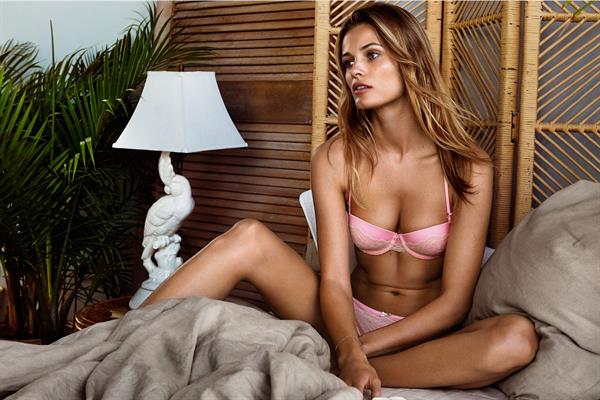 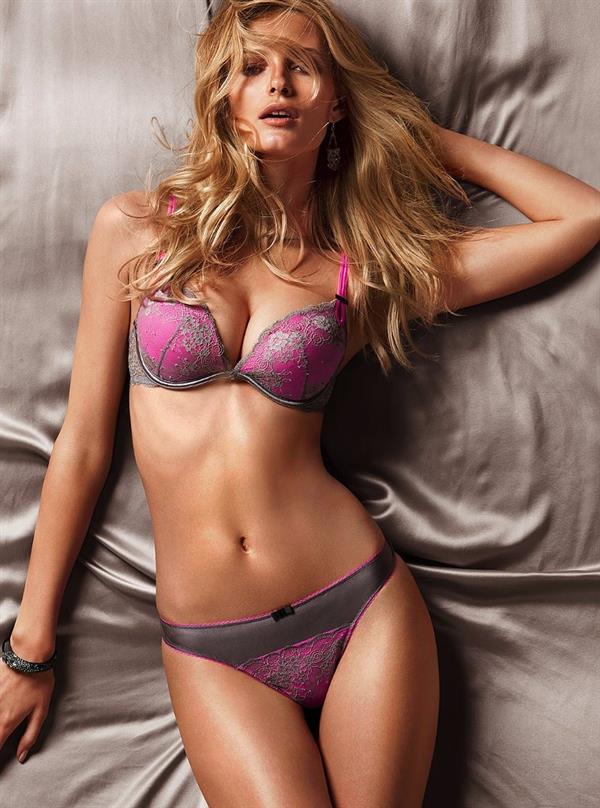 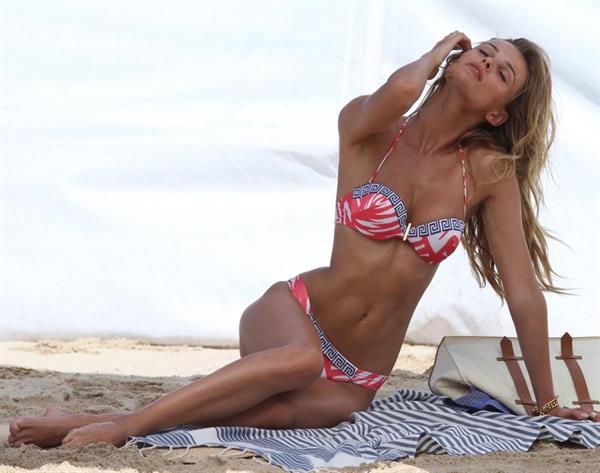