Ah, Fitness Models. A favorite feature of ours. And as a listicle? Man… But wait folks! This one won’t be lust-filled or would give you a certain amount of desire as this listicle can be quite intimidating. Okay, maybe a little more than quite. You see, friends, we want to feature not just ordinary fitness models but awe-inspiring female bodybuilders.

So are you ready to be intimated but at the same time be enticed and inspired? Here are, my friends, the Greatest Female Bodybuilder in 2021.

Beatriz Biscaia is a Portuguese-Canadian female bodybuilder who earned her pro card at the age of 17.  She is one of the IFBB’s emerging stars in the Pro Bikini Class.  She won the Kai Greene Classic Pro Bikini (2018) and the Big Man Weekend Pro Bikini (2018), respectively (2019). 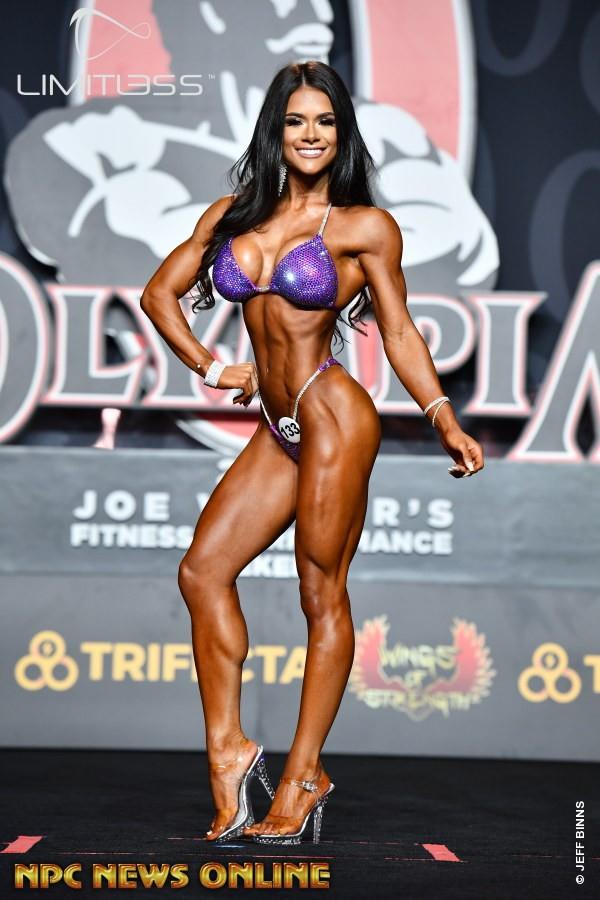 She used to be a dancer before getting into bodybuilding.  She wanted to get into physical training after being motivated by her father, an experienced weightlifter.

Pecini has a personal story to tell.  She had anorexia nervosa as a teenager, which caused her to lose a lot of weight.  She built herself up and became stronger after 2-3 years of dealing with health issues. 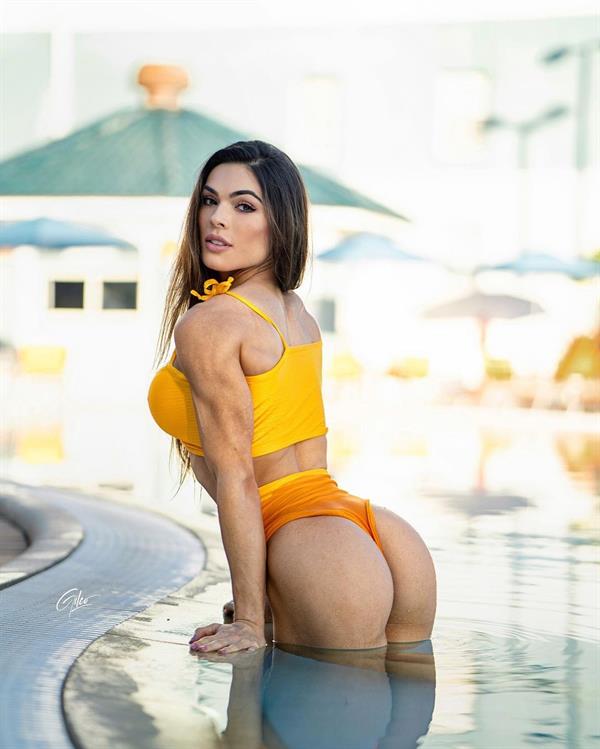 Melina is a gorgeous young Finnish female athlete who has had a promising start in female bodybuilding.  She was a gymnast, dancer, skater, and cheerleader from a young age.  As a result, when she was 17, she began coming to the gym and doing aero-gymnastics.

She has multiple victories in the Women’s Bikini-Fitness bodybuilding division, which are listed below: 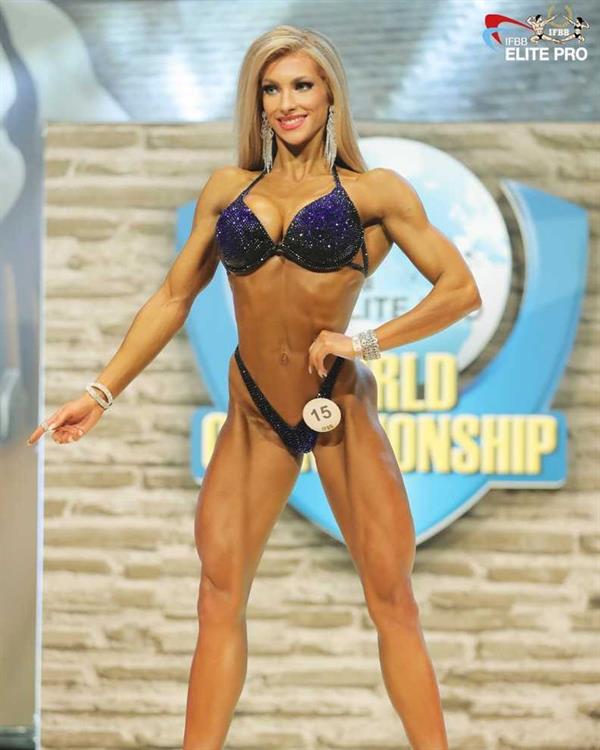 Melina Keltaniemi prefers to strike a balance between her professional and personal lives.  As a result, she rests and engages in other hobbies and pursuits during the off-season.  And during the sporting season, she devotes her full attention and energies to capturing another championship.

Sarah Villegas is the winner of the 2020 Olympia Women’s Physique.  Similarly, she finished as the second runner-up for the same championship in 2019. 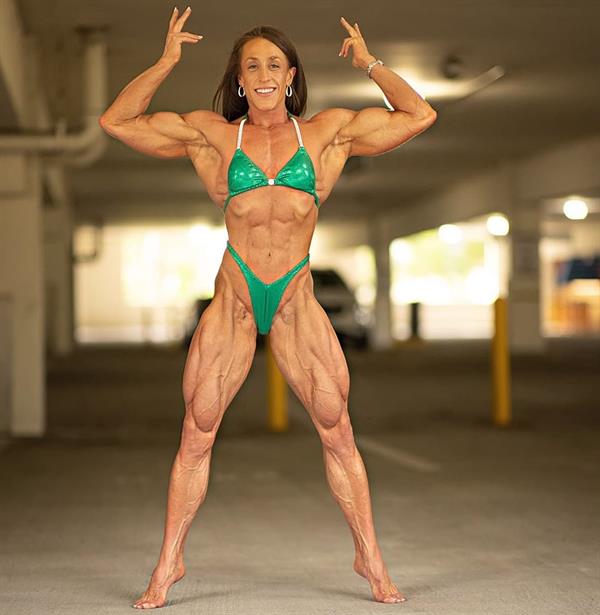 Her significant experience in the realm of physical exercise has assisted many people in reaching their fitness objectives.  She is also the Fitness Director at AFS Premier Fitness and a certified personal trainer and nutritionist.

Helle Trevino is a well-known name in the world of female bodybuilders.  She has won the World Female Bodybuilding Championship twice.  She was also the first runner-up in the Rising Phoenix World Championships in 2017 and 2019.

In 1988, she made a strong start to her career by winning two championships: the Danish Nationals and the Scandinavian Championships.  Furthermore, she was only 22 years old at the time. 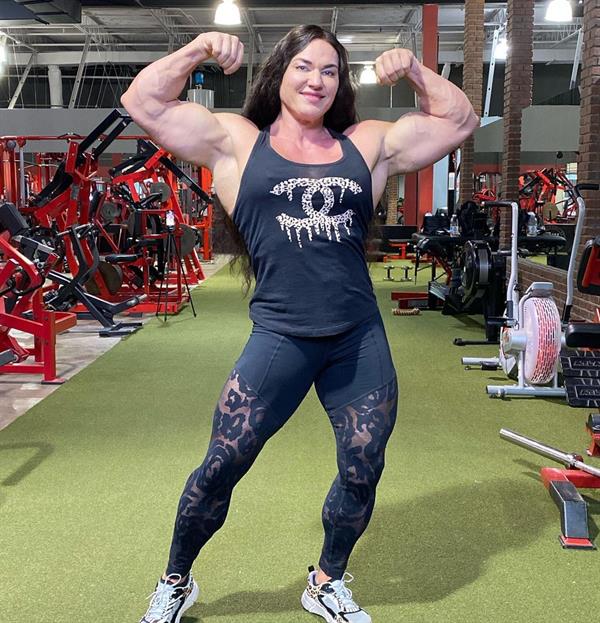 She began building her body at the age of 17 and discovered that her genetics were well suited for bodybuilding.  As a result, at the age of 27, she became a professional bodybuilder.  She progressed from there to become a world-class female bodybuilder.

Cydney Gillon has won Ms. Figure Olympia four times.  She was fortunate to be born into a family of bodybuilders.  As a result, she received the essential support, advice, and inspiration from her parents throughout her career. 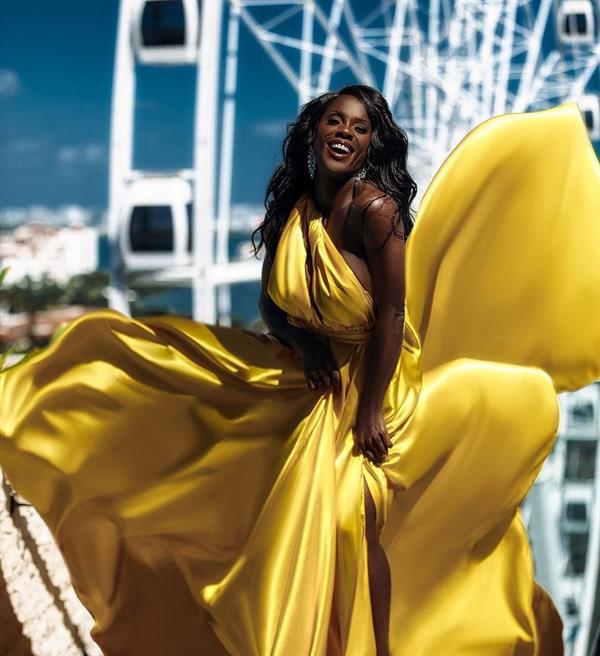 She was also only 14 years old when she first participated.

She earned her pro card at the age of 20 after winning the NPC championships (2012).  Her mother, a two-time breast cancer survivor, has served as a huge source of encouragement for her.  Despite her illness, her mother went to Gillion’s competition show.

Gillion has previously competed on the reality show Survivor, where she finished fourth.  She is currently the CEO of Cake Factory Fitness, a company that sells fitness-related products.

Monique Jones began her fitness and bodybuilding journey when she was 16 years old.  At the age of 29, she competed in her first bodybuilding competition, the South Carolina State Show in Columbia, where she earned first place in Heavy Weight and Overall.

She continued her bodybuilding career by taking first place in the IFBB North American Championships (2009). 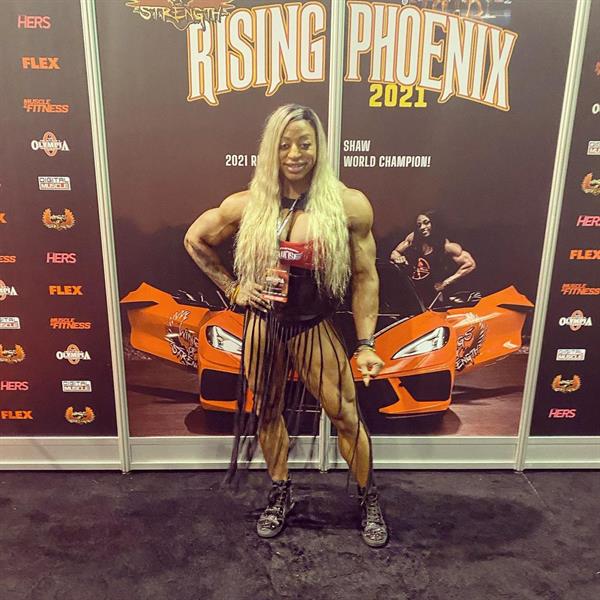 Her past triumphs as first runner-up include the IFBB Wings of Strength Chicago Pro-Am Extravaganza (2012 and 2013) and the IFBB WOS Romania Muscle Fest Pro Women’s Bodybuilding (2018).

Jones constantly prioritizes her femininity over her physique.  As a result, she, like other female bodybuilders, drew a lot of inspiration from Lenda Murray.

Juliana Malacarne has won the Miss Physique Olympia title four times.  She is originally from Brazil and currently resides in New York.

The 47-year-old bodybuilder earned her pro license by earning a trophy at the 2005 IFBB Amateur BodyFitness Championships in her hometown of Sao Paulo. 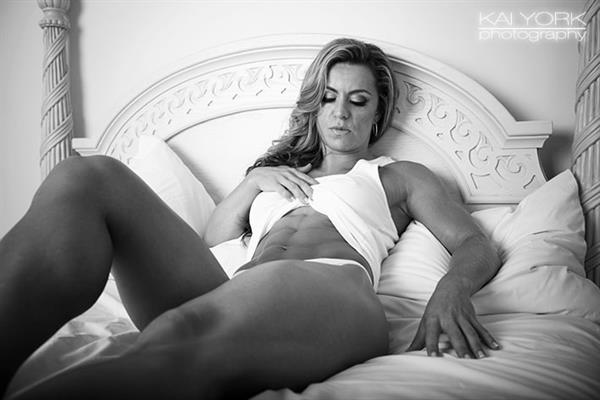 Monica Brant, a well-known personality in the female bodybuilding world, is one of her role models.  Malacarne was always interested in sports when she was in elementary school.  She used to be captivated by the incredible physiques of action idols such as Arnold Schwarzenegger.

Despite numerous setbacks, Brant remains steadfast in the pursuit of her aspirations.  As a result, she has inspired her massive social media following to make the most of their bodies.

Theresa was inspired to become a female bodybuilder after seeing the fantastic bodies of female fitness models in Oxygen Fitness Magazine.  This happened in 2001.  She has since competed and won in a variety of bodybuilding sports. 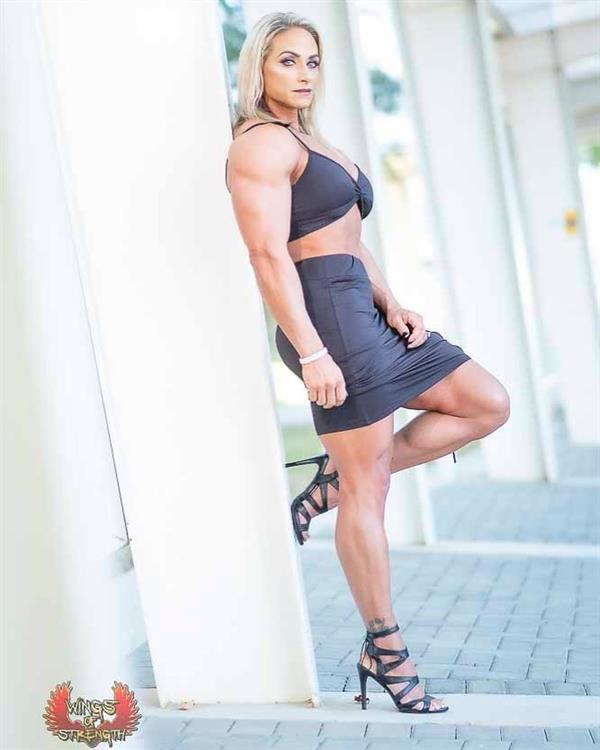 She recently won first place in the IFBB Chicago Pro.  Similarly, she finished first runner-up at the IFBB Norfolk Pro in 2019.  She is also the first runner-up of the NPC Miami Nationals (2016) and the NPC IFFBB Northern Americans (2015).

Theresa Ivancik is one of the female bodybuilding’s emerging stars, and her next objective is to be the best in the world.

Sheila Bleck has four times finished in the top ten in the IFBB Ms. Olympia.  As a result, she is one of the IFBB’s highest-ranking American female bodybuilders.  She finished third in the 2018 IFBB WOS Rising Phoenix World Championships.

She earned her pro card by winning the NPC Nationals in 2008.  Sheila’s mother purchased a weight bench for her and her twin sister, Sherry, when she was just 12 years old.  Her inspirations included Sylvester Stallone’s Rocky Balboa and The Incredible Hulk. 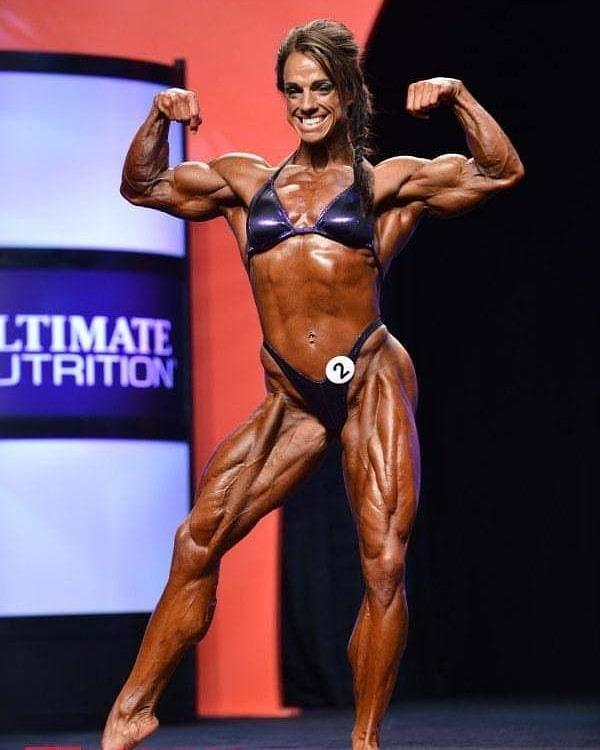 Sheila has a close relationship with her twin sister, who competed in boxing events from the age of 19 for numerous years.  Sheila also teaches prospective athletes how to pose and perform on stage.

Alina Popa was born in Romania and currently resides in the United States.  She is the Rising Phoenix World Championships winner (2018).

Similarly, she finished second in the Ms. Olymia competition in 2012 and 2013. 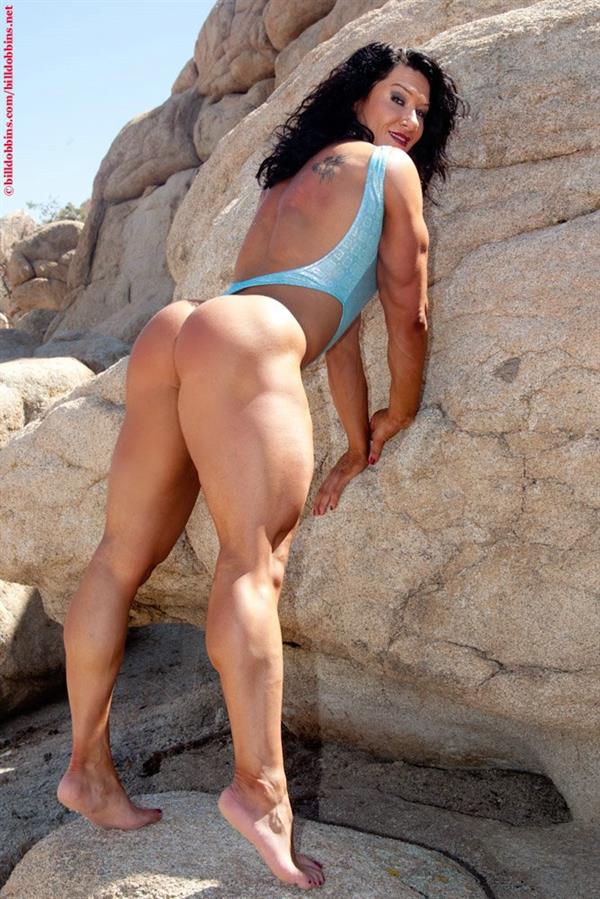 She used to compete in track and field at a young age.  Then, at the age of 19, she became interested in bodybuilding after being inspired by a female competitor in her hometown.

As a result of her victory at the IFBB Worlds Santa Susanna in 2008, she earned her pro card.  She is now working in online coaching and training.

Debi Laszewski was placed third in the IFBB Pro Women’s Bodybuilding Ranking List at one point. She participated in track and field in high school at a young age.  Later, she became interested in bodybuilding after being inspired by Linda Hamilton’s figure in the Terminator film.

She began bodybuilding at the age of 20 and won her first competition when she was 24.  Similarly, in 2012, she finished second in both Ms. International and Ms. Olympia.  She finished third in both titles in 2013. She also finished third in the IFBB Wings of Strength Rising Phoenix World Championships (2015). 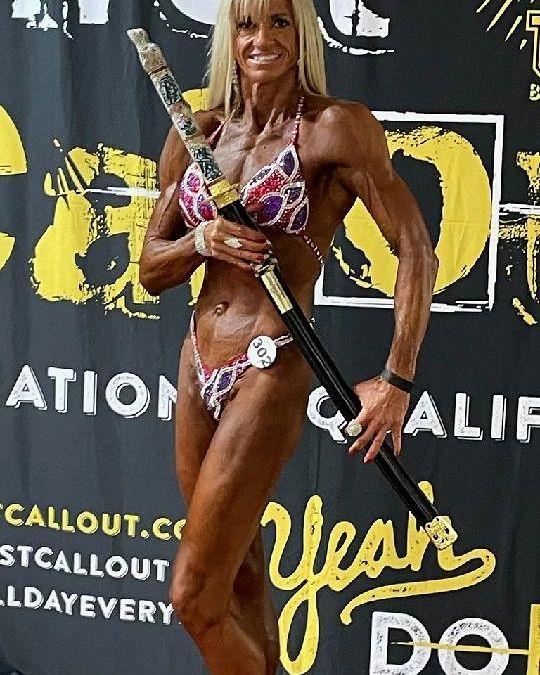 Laszewski is currently a skilled fitness trainer with a passion for home decor and interior design.

Yaxeni Milagros Oriquen-Garcia Perez is a top-ranked Venezuelan-American bodybuilder.  She sought a modeling career and studied theater at a young age.

Yaxeni decided to enter the field of female bodybuilding in 1989.  She eventually won four amateur bouts and gained her professional license after winning the Ibero (Central) American Championship in 1993. 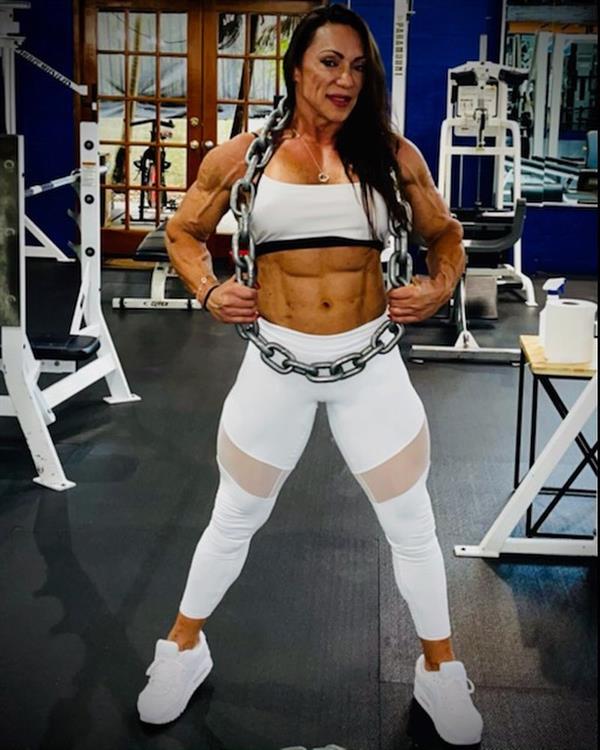 Yaxeni Oriquen is presently the owner of Rypt Gym in Miami, Florida.  She also works as a fitness trainer, specializing in nutrition, weight training, body sculpting, and contest preparation.

Andrea Shaw is the 2020 Ms. Olympia.  She also won the IFBB Omaha Pro and IFBB WOS Rising Phoenix World Championships in the same year. She has also won numerous titles in her professional career.

Andrea used to be interested in gymnastics and competitive cheerleading as a child. Her mother, who was a nurse and former fitness trainer, also advised and motivated her to pursue sports and physical fitness. 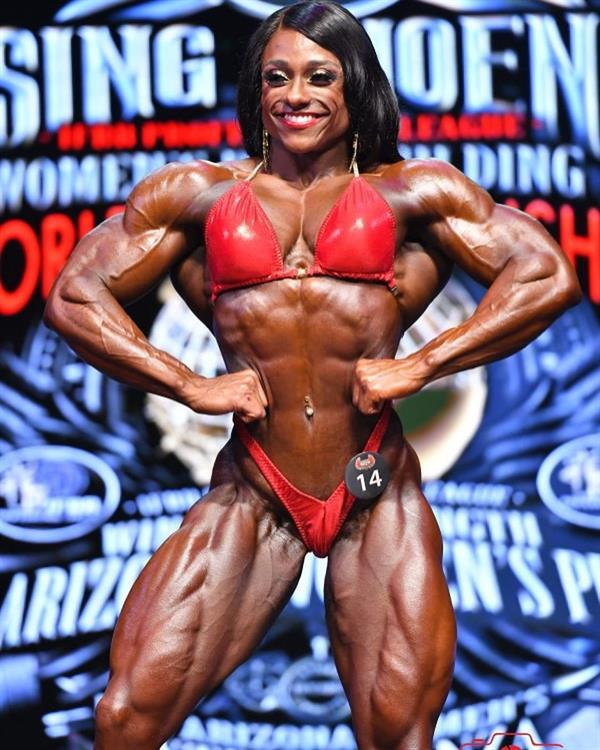 Andrea began formal bodybuilding activities at the age of 17.  She was motivated, like many other female bodybuilders, by photos of fitness models in Oxygen Magazine.

Iris Kyle is one of the greatest female bodybuilders in the world, with year after year of high-ranking results. 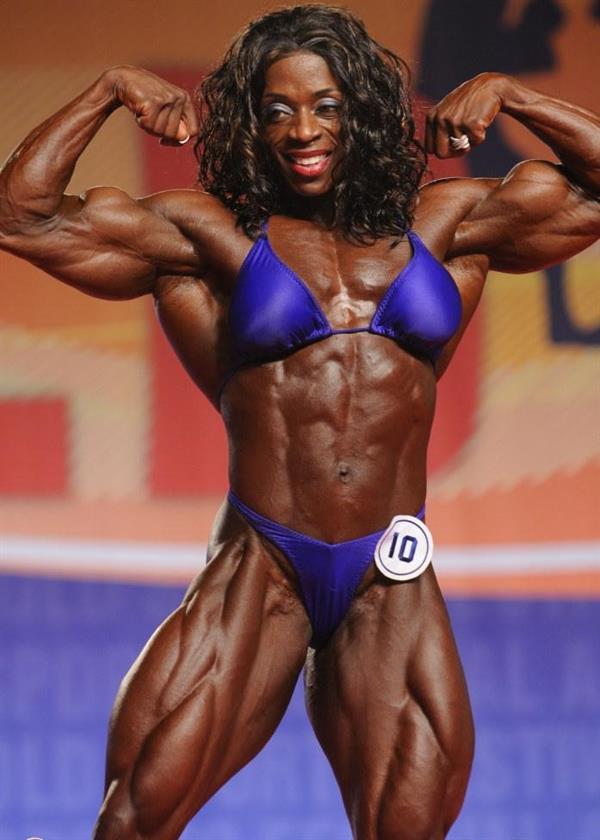 She used to enjoy running, basketball, and softball when she was younger.  She decided to construct an amazing physique after being inspired by a picture of Lenda Murray, a prominent bodybuilder.

Iris opted to compete in the Long Beach Muscle Classic in 1994 and won.  She then competed in numerous events and rose to become one of the best female bodybuilders.

So there, folks. See you on the next!