Oh, yes…  She’ll remind you of Netflix’s Jessica Jones and probably Stoya if your imagination is that playful.  But did you know that this babe here began being a worldwide crush in 1999 (when she became a member of the pop group S Club 7)?  Yup, she was the exotic cutie in the group. 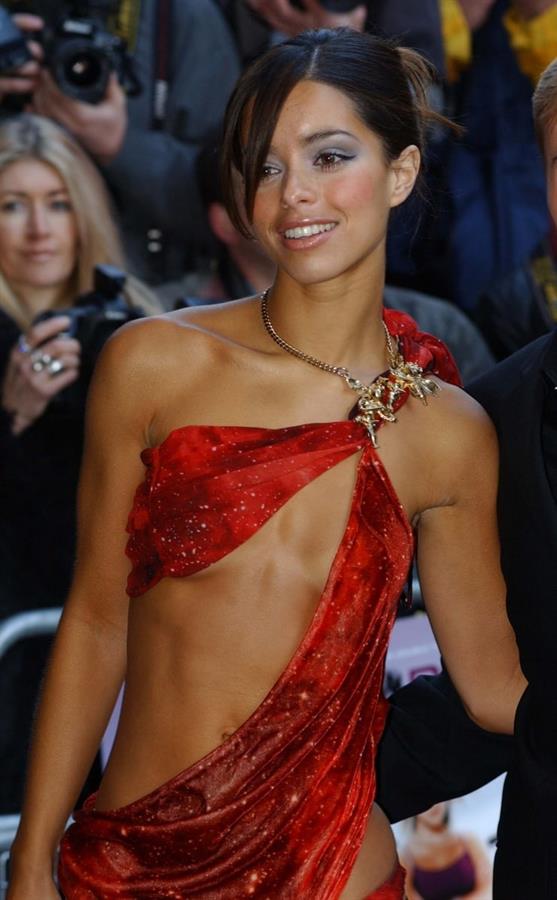 But after her stint with S Club 7 is when she became a total hottie.  And it’s only right that even after those years, we give her a spot here on our beloved website.

Who is Tina Barrett?

Tina is an English singer, songwriter, and actress.  Her major breakthrough came in 1999 when she became a member of the pop group, S Club 7.  She has been a member of spin-off group S Club 3 since 2014. 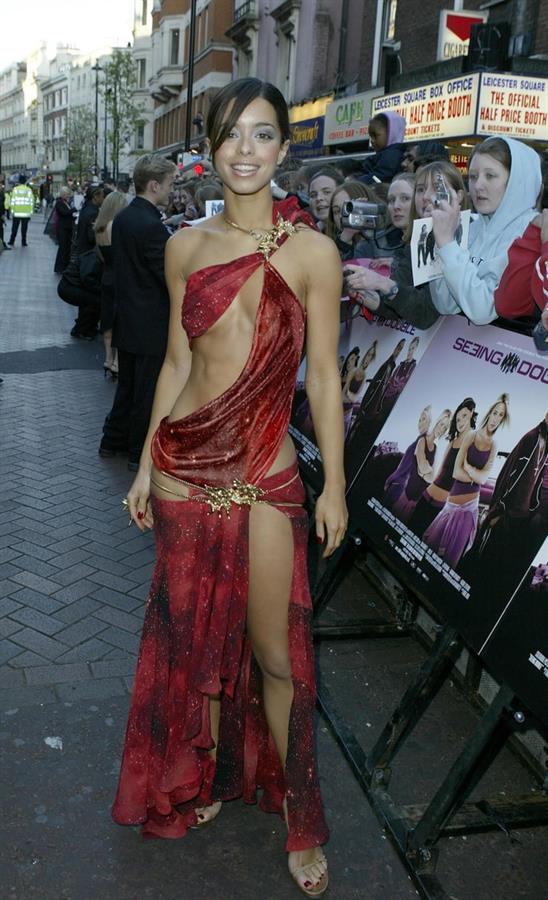 Tina is also a former member of the girl group Mis-Teeq, though she never appeared on any of their recordings.

Tina was born on September 16, 1976, in London to an English father and Guyanese mother.  Tina was taking ballet classes as soon as she could toddle.  She was at London’s Arts Educational School for a period of eight years. Her first job was dancing in a pantomime with Lionel Blair.  She was originally going to be in the group Face2Face, which later went on to become Mis-Teeq.  She assisted with the group’s choreography during her time there.

Tina appeared in fashion shows for Wella and the Clothes Show Live.  And she was in a Disney special, more pantos, and a chewing gum advert.  She then danced on Top Of The Pops for Shola Ama and Toni Braxton.  She also appeared in a Pulp video and performed on This Morning.

In 1996, Tina Barrett, Alesha Dixon, and Sabrina Washington became friends in a dance studio in Fulham.  The trio, named Face2Face, performed singing and dancing.  The group had started work on their debut album when Barrett left to join S Club 7 after a successful audition for Simon Fuller.  After her departure, the group changed their name to Mis-Teeq and replaced her with two new members, Su-Elise Nash and Zena McNally.

Tina then became a member of S Club 7 after a series of auditions, along with members Paul Cattermole, Jon Lee, Bradley McIntosh, Jo O’Meara, Hannah Spearritt, and Rachel Stevens in 1999.  During five years they released four number-one singles and one number one album.  They also had a series of TV shows, which were: Miami 7, L.A. 7, Hollywood 7 and Viva S Club, and they also starred in a film, Seeing Double.  Tina led some of the tracks on the groups’ albums, such as “I’ll Be There” and “Stronger”, which was set to be a single, but was canceled when Paul Cattermole left the group.  Tina co-wrote two other songs that she also led: “Discotek” (the B-side to the single Alive) and “Secret Love”, a song from the group’s final album Seeing Double.  The six remaining members stayed together as S Club until 2003, when they split after releasing their greatest hits album.

When the group announced they were to break up, Tina expressed interest in working on a solo career, but she was unsuccessful to sign with a label or an entrepreneur.  She took a nine-year hiatus from her career, appearing only on red carpets and social events. 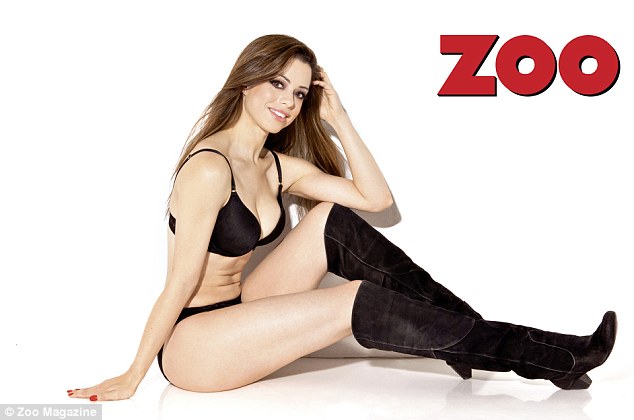 In May 2012, a teaser video for Barrett’s debut solo single “Fire” was released on YouTube and a short clip of the still unfinished video was shown during an interview on LIVE!  Then then announced that her debut album would be released at the end of 2013 and that she intends to tour with the album.  Tina has also appeared in other music videos which include Russell Grant’s version of “The Clapping Song” and as the main dancer in Asian artist Navin Kundra’s song ‘Shudaayi’.  She is also heard in a song called “Boom” by ‘Old Boy’ which also features rapper Nasty Jack; an accompanying music video has been shot but has not yet been released.  In 2014 Tina joined with O’Meara, McIntosh, and Cattermole in the S Club 3, which became S Club Party.  In November 2014, Tina reunited with the full group for a medley of S Club 7’s greatest hits on BBC Children in Need.  Later, the group announced a sold-out arena reunion tour, titled Bring It All Back 2015, which toured the UK in May 2015.  Following the reunion tour, Tina continued to perform with O’Meara and McIntosh as S Club 3.

In November 2016, Tina released the single “All Fired Up”. In January 2020, she released “Mwah Mwah,” along with the music video filmed in Canada during the S Club 3 tour in the summer of 2019.

At the age of 39, Tina gave birth to her first son, Roman Paul Edward Barrett-Cashmore, on 17 June 2016. Father is her boyfriend, Paul Cashmore, who she has been with since 2012.

Tina collects shoes and the poster on her bedroom wall was Michael Jackson. 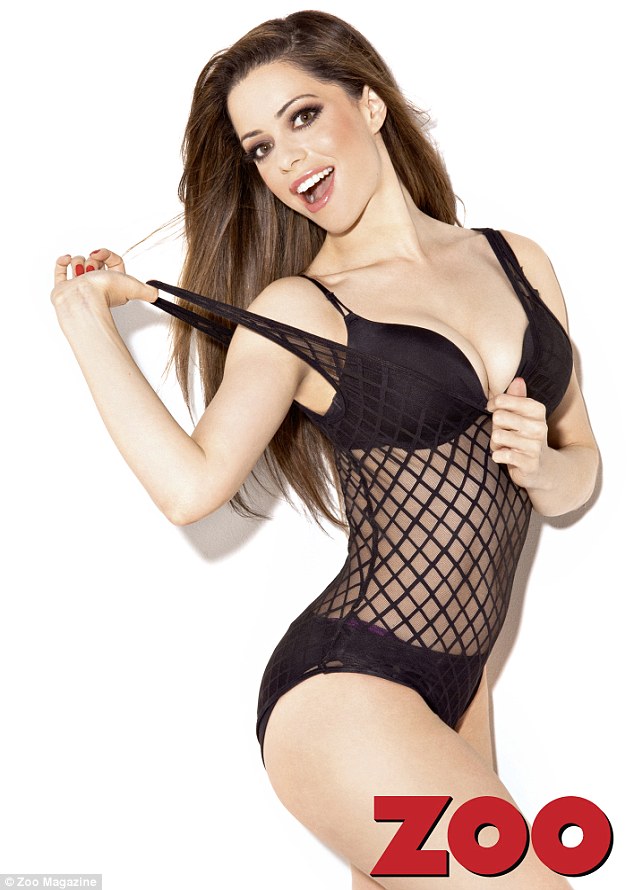 Though Tina, with her baby face, looks like she the second to the youngest member of S Club 7, she is actually the oldest in the group.

Join Tina on Instagram for her newest lifestyle posts.
Also, do check out our Tina Barrett page for more of her. 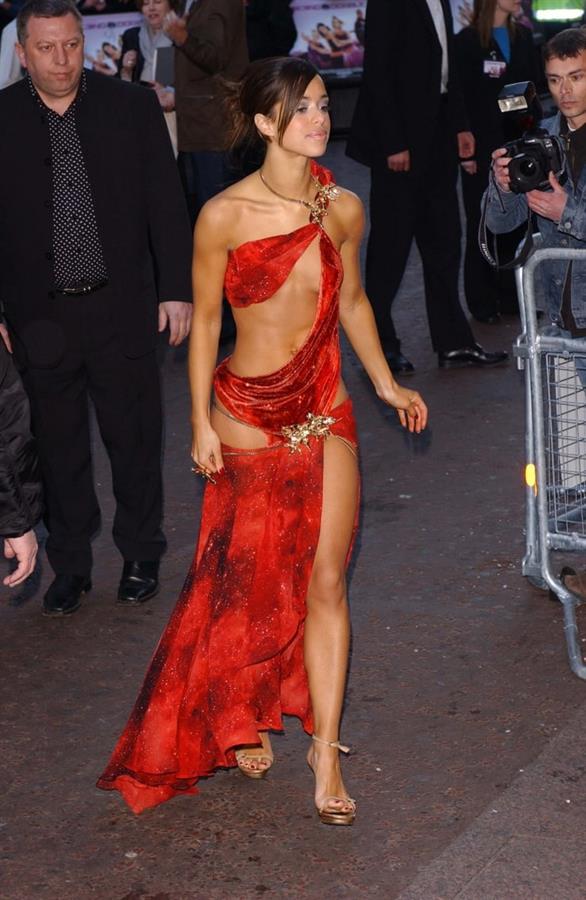 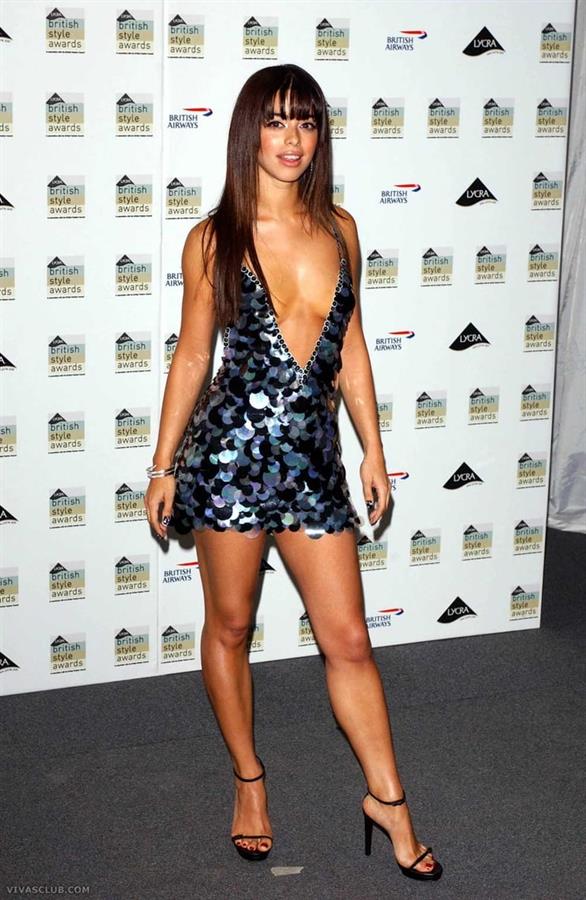 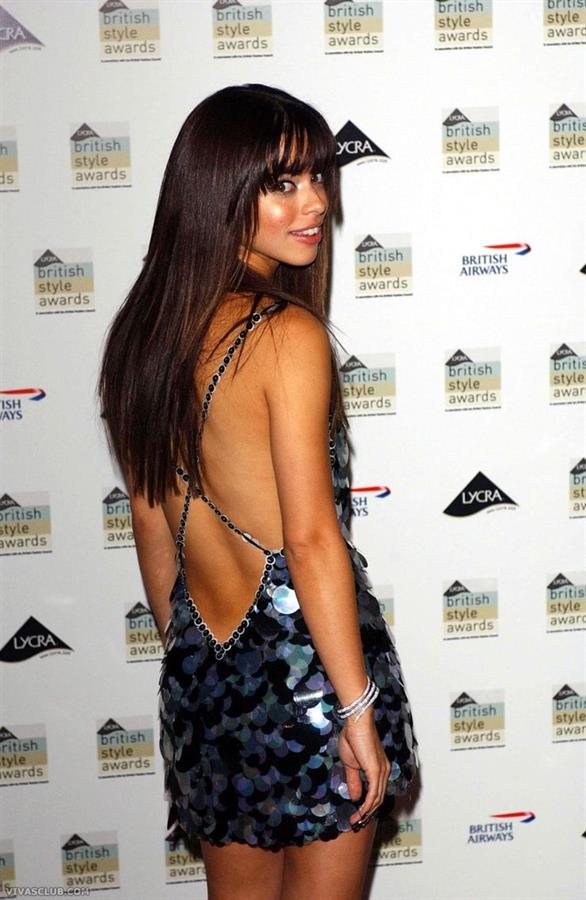 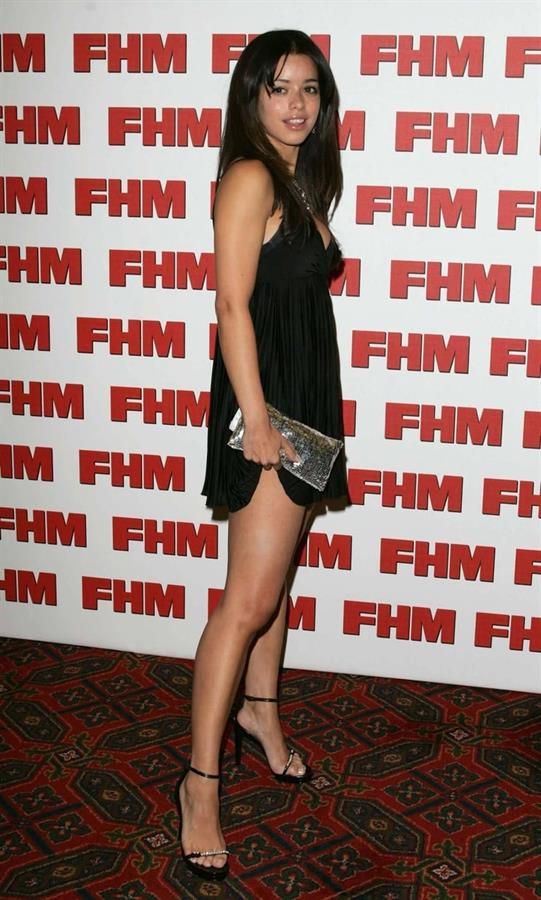 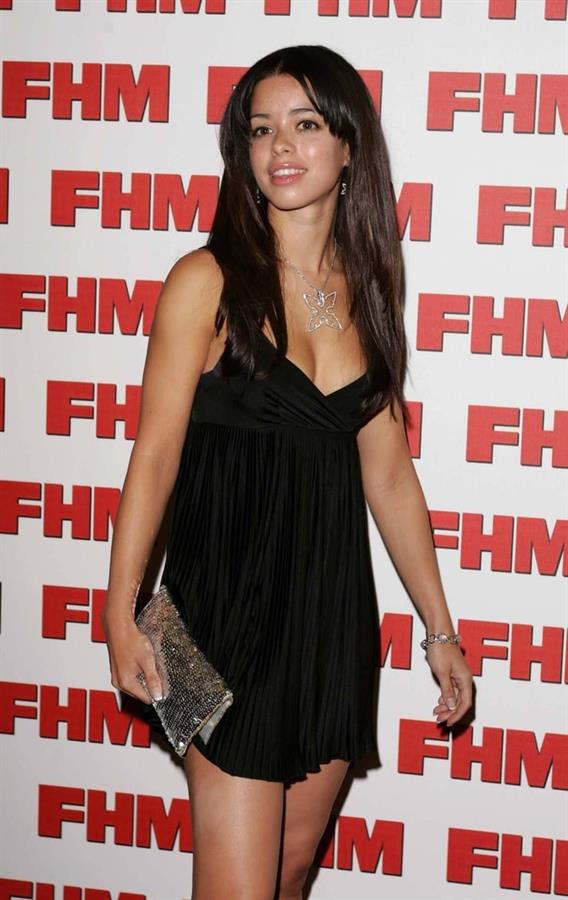 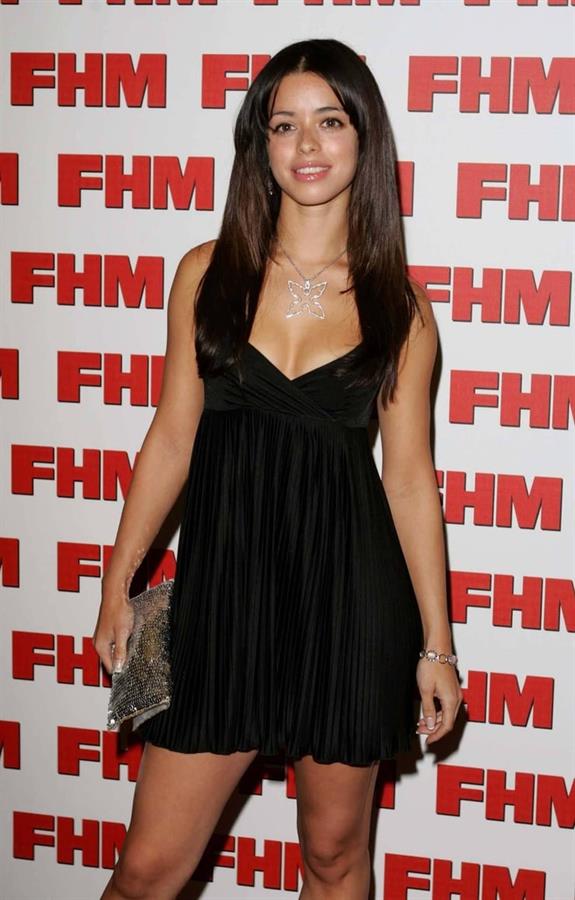 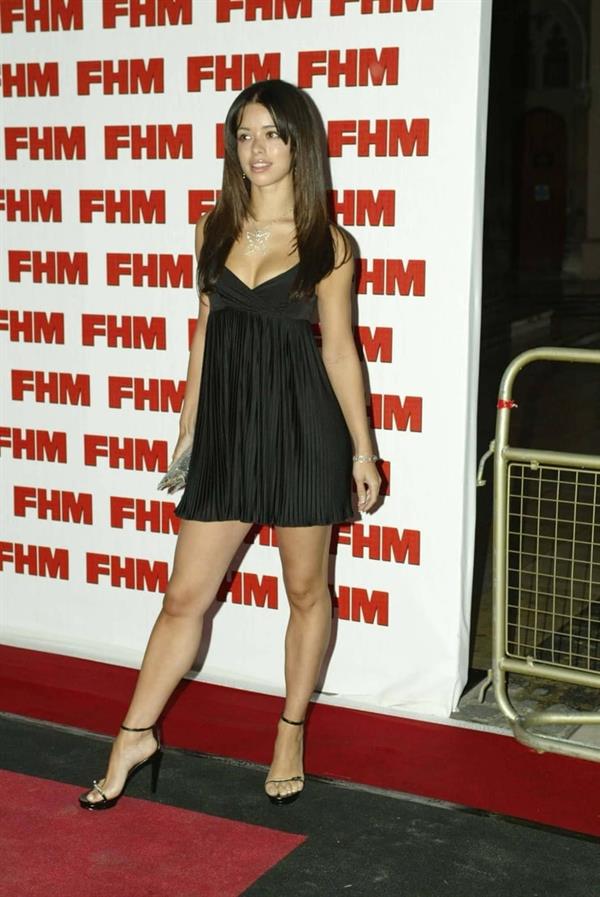 Robin Gallant Is The One Who You’d Want To Train You
Ladies And Gentlemen, 2016’s Sexiest Woman In The Philippines, Ms. Jessy Mendiola