Brooklyn Kelly‘s body looks like it came from World of Warcraft.  There’s no mistaking that that lithe goodness came from the elves.  Oh, and her face as well.  A bow and arrow would totally complete her poses.  Yup, and it will also look amazing with a really skimpy bikini. 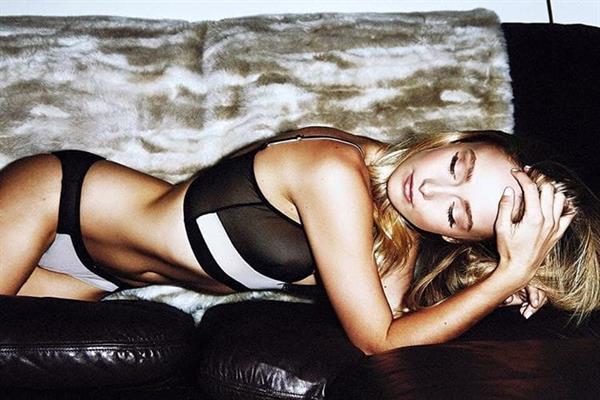 This model/nurse is truly something.  And you would totally want to be injured if she’s the one who will attend to you.  Ah, yes…  Just imagine her getting your blood pressure…

Who is Brooklyn Kelly

Brooklyn is a model, nurse, “YouTuber,” and beauty blogger from New Zealand.  Her self-titled ‘YouTube’ channel primarily hosts her travel vlogs.  Additionally, she also creates videos related to makeup and beauty. Brooklyn is part of the community named ‘The CE Women’ (‘The Collective Elite’), a wellness and fitness website. 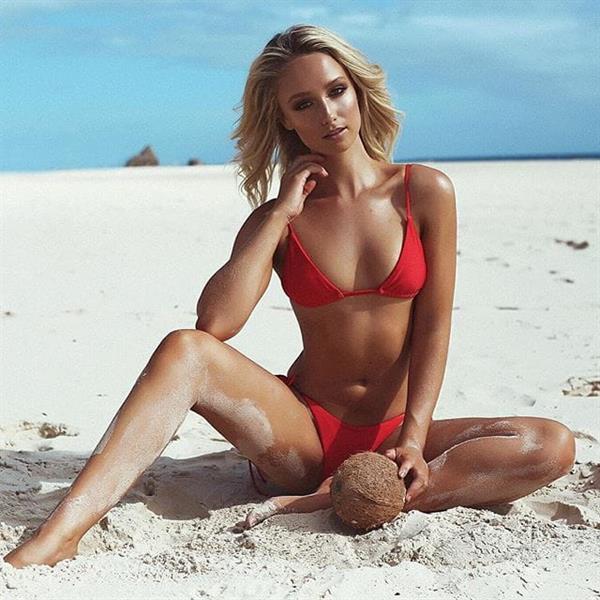 Brooklyn was born on June 10, 1993, in New Zealand.  She grew up, however, in Australia.  Yup, at the age of 7, her family moved to the Gold Coast, a metropolitan region south of Brisbane, on Australia’s east coast.

Brooklyn was never serious about academics.  She hated going to school.  To add to her horror, she was also bullied when she was a teenager.  Brooklyn was expelled from high school and her mother would receive complaints regularly from Brooklyn’s subject teachers.  She was also not allowed by her English teacher to attend classes.  Brooklyn finally dropped out at the age of 17.

Brooklyn later studied nursing at ‘Griffith University.’  She graduated in December 2018. Interestingly,  Brooklyn had never thought of pursuing nursing as a serious career option.  However, an incident changed her mind.  Brooklyn once helped a lady in need, and that was when she decided to study nursing. 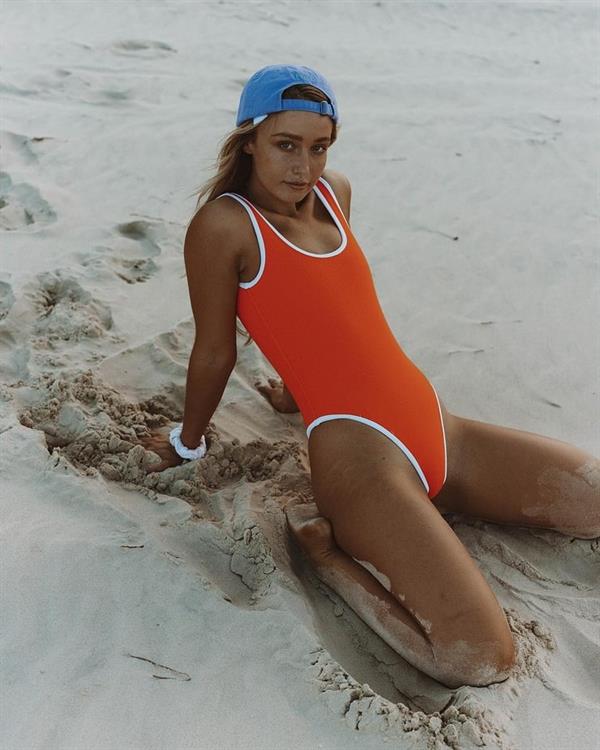 At 21, Brooklyn began working toward obtaining her nursing diploma.  She simultaneously devoted time to her international modeling assignments.  Brooklyn finally completed her diploma in 2016.  She then took a break from her studies and shifted her focus to modeling. During that phase, she traveled a lot for her assignments.  Back home, Brooklyn resumed her studies and enrolled at the university.

After Brooklyn dropped out of school, she took some time to decide on her career.  Back then, she had black hair.  She dyed her hair blonde for fun, and that changed her entire look.  Around the same time, Brooklyn was spotted by ‘Vivien’s,’ a model-management company.  Shortly after she joined the agency, Brooklyn began receiving modeling offers from a lot of top Australian clothing labels, such as ‘Billabong,’ ‘UGGS Australia,’ ‘Princess Polly,’ and ‘Verge Girl.’ 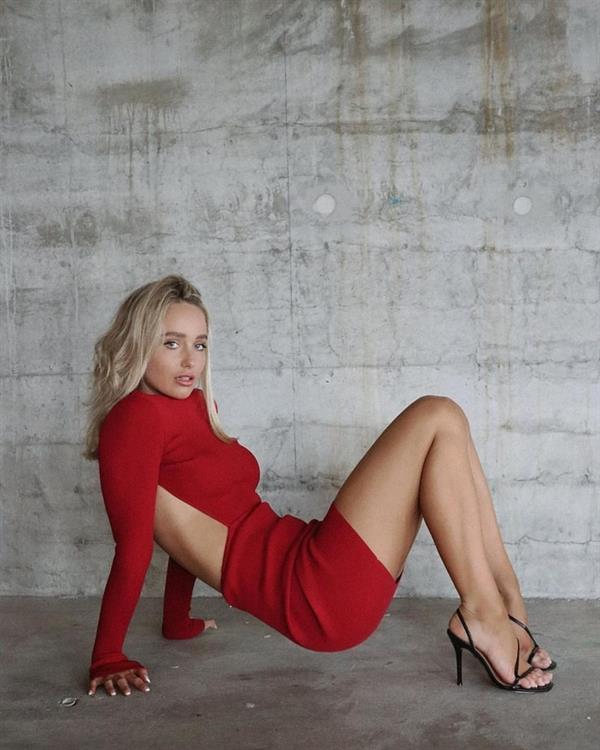 Brooklyn found her modeling job interesting and decided to work internationally.  She signed contracts with ‘newMark Models’ in Los Angeles and ‘Leni’s Models’ in London.  Brooklyn did not have to wait too long to receive international offers.  She was booked by brands such as ‘Top Shop’ and ‘River Island.’  She also worked for magazines such as ‘Men’s Health.’  Brooklyn has also done photoshoots for ‘Tendence’ watches, ‘Vally Eyewear,’ the Australian national rugby team named ‘Wallabies,’ ‘Artists Outlook,’ ‘One Teaspoon,’ ‘What Woman Want,’ ‘Style Inc,’ and ‘Troy Crossland.’

In London, Brooklyn lived in an apartment that she shared with other models.  She stayed there for about 4 months and made many friends.  She celebrated her birthday in Ibiza before returning to Australia. 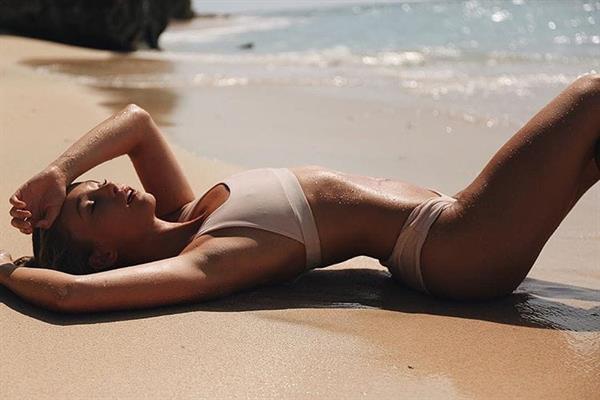 Brooklyn is in a relationship with a man named Willis.  After 6 years of courtship, Willis finally proposed to her at an Italian restaurant.  Brooklyn posted the picture of her engagement ring on her ‘Instagram’ profile.

She loves watching movies, and ‘The Notebook’ is her all-time favorite.  She is a travel enthusiast, and Italy is on top of her list of favorite travel destinations.  In summers, Brooklyn loves to visit the south of France. She owns a pet dog named Levi.

Brooklyn is lactose-intolerant.  On her cheat days, she loves to gorge on chocolates.  Her favorite eatery is ‘Bonbons in Miami’ on the Gold Coast.

Follow Brooklyn on Instagram for her latest hot posts.
Also, do visit our Brooklyn Kelly page for more of her. 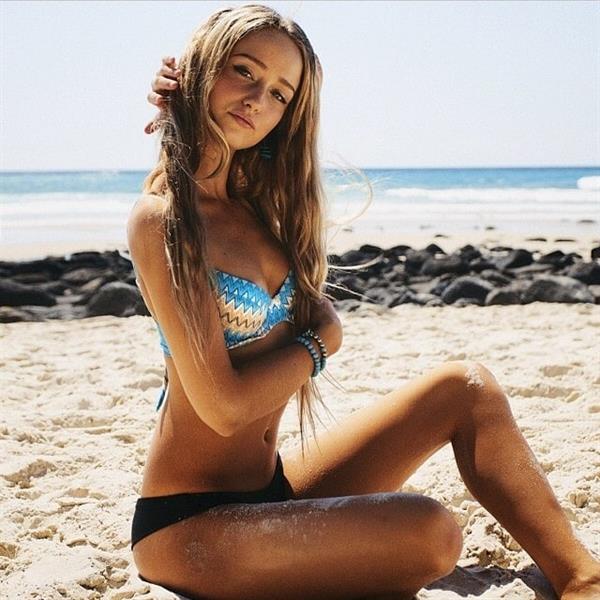 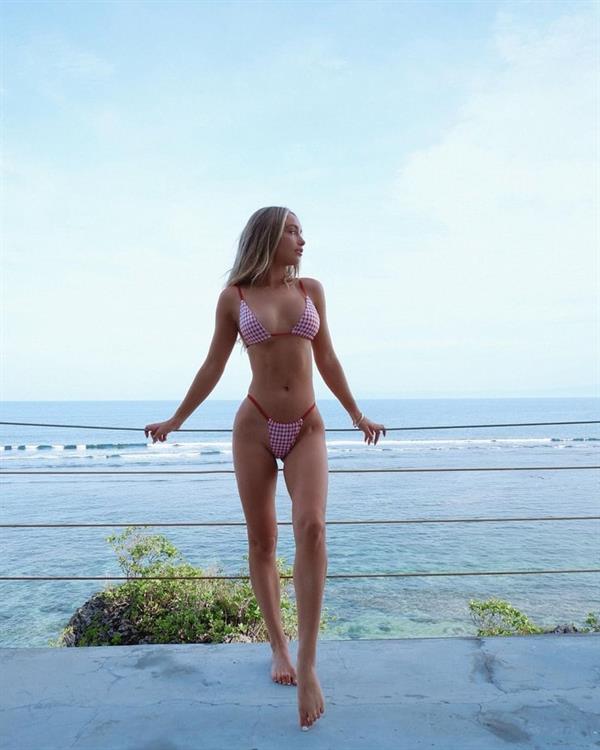 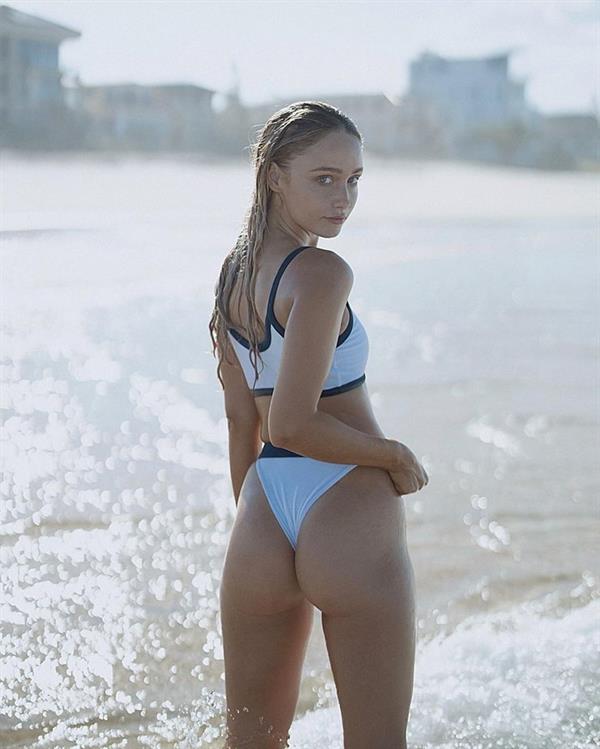 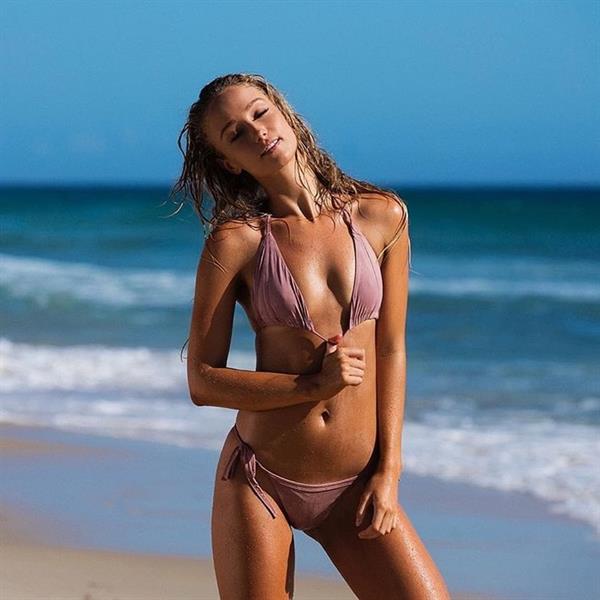 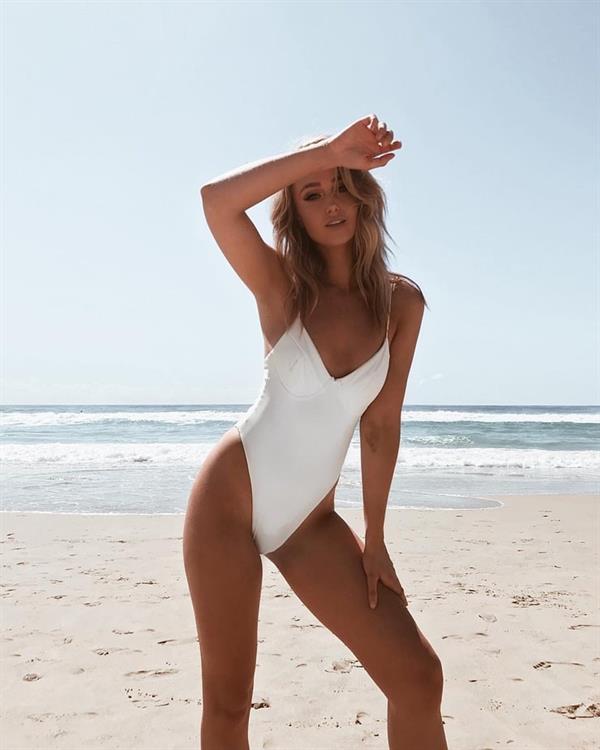 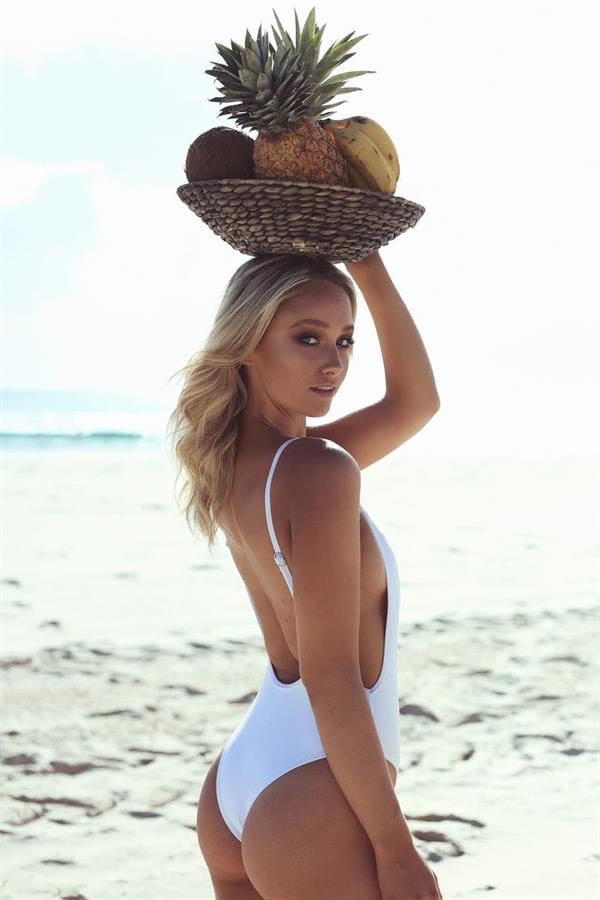 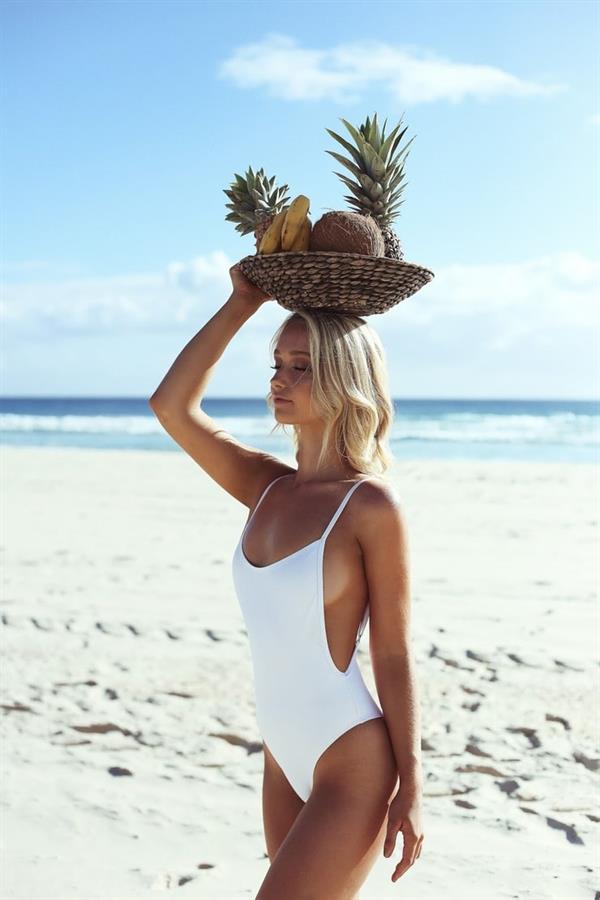 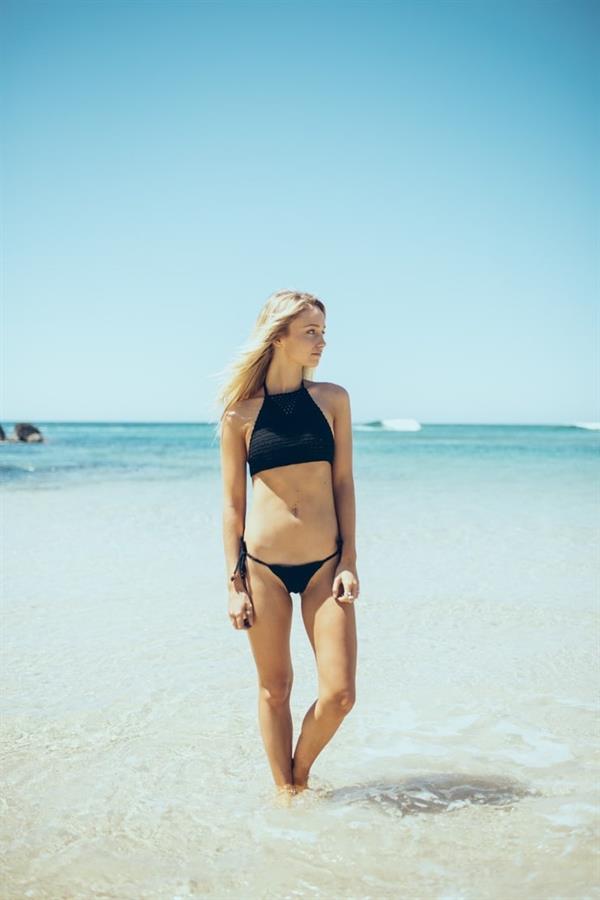 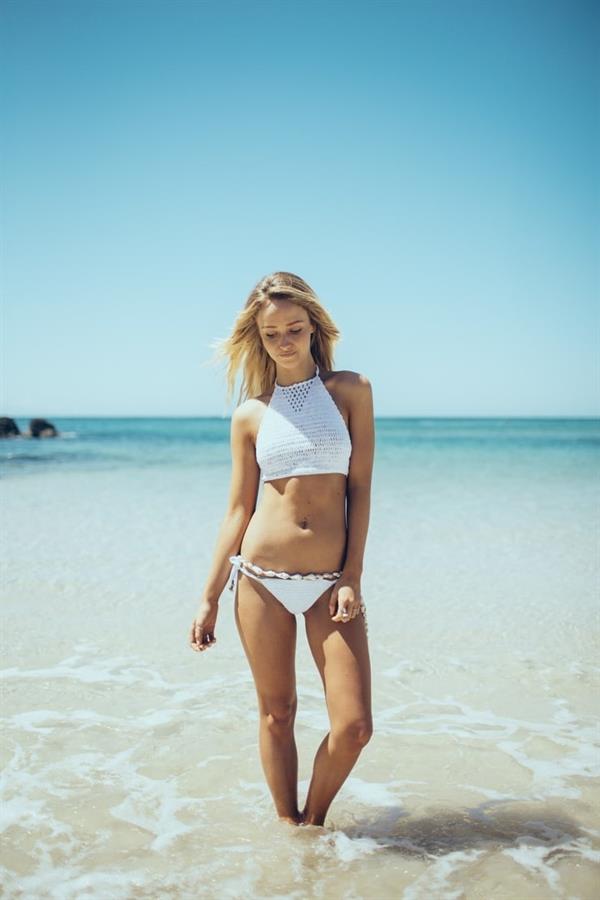 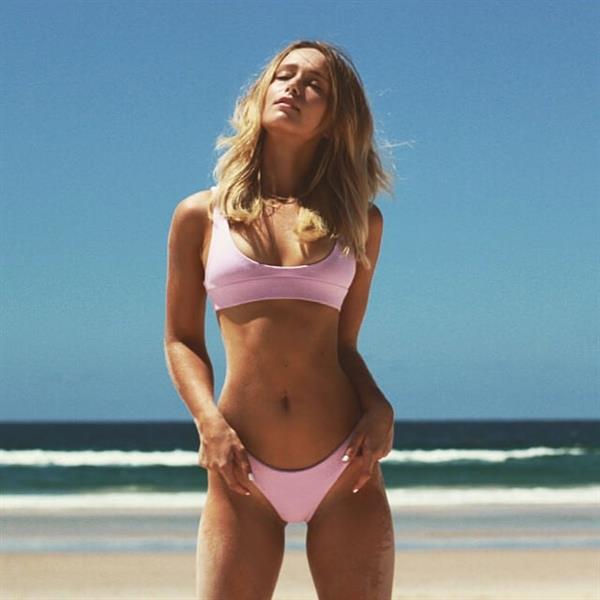 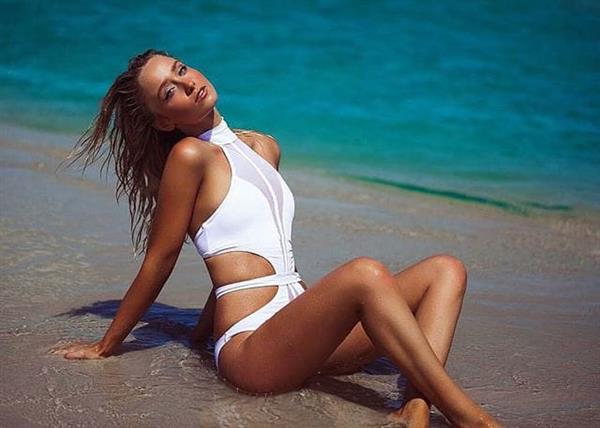 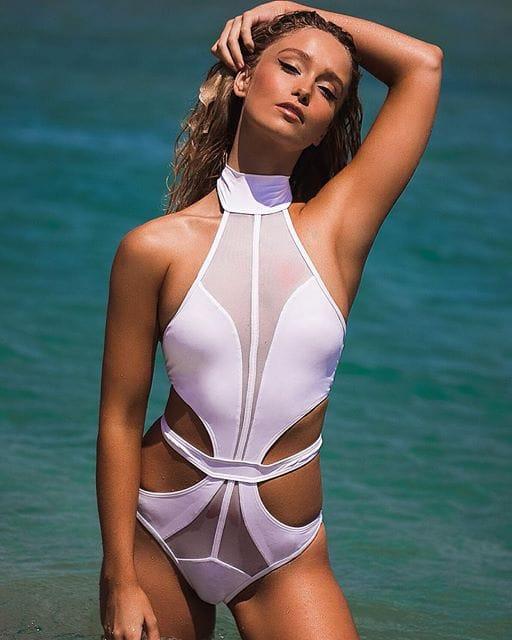 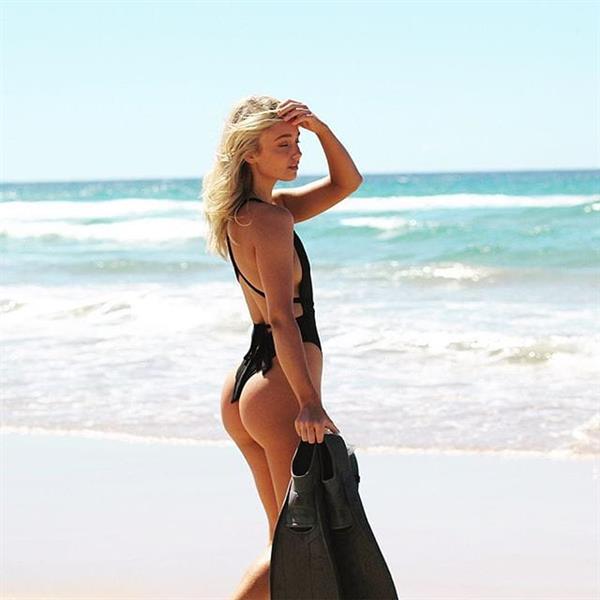 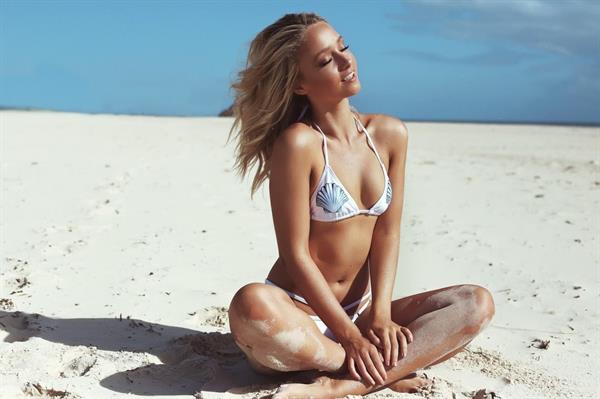 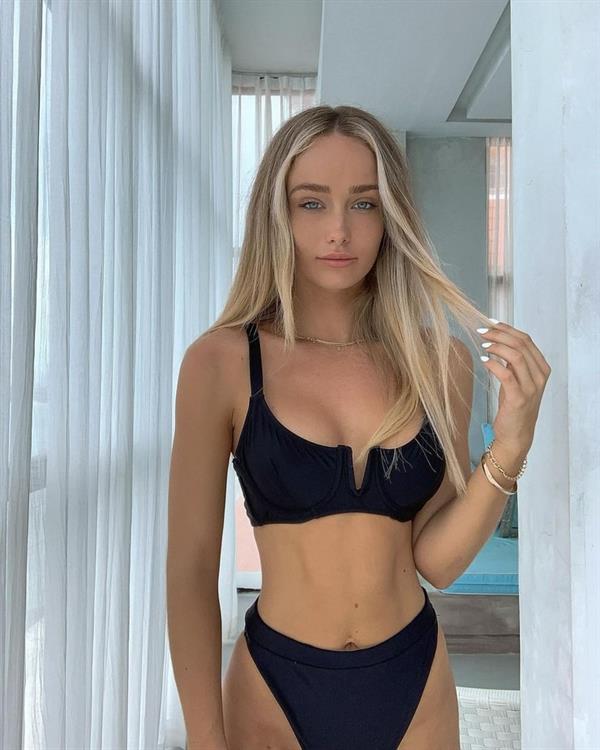 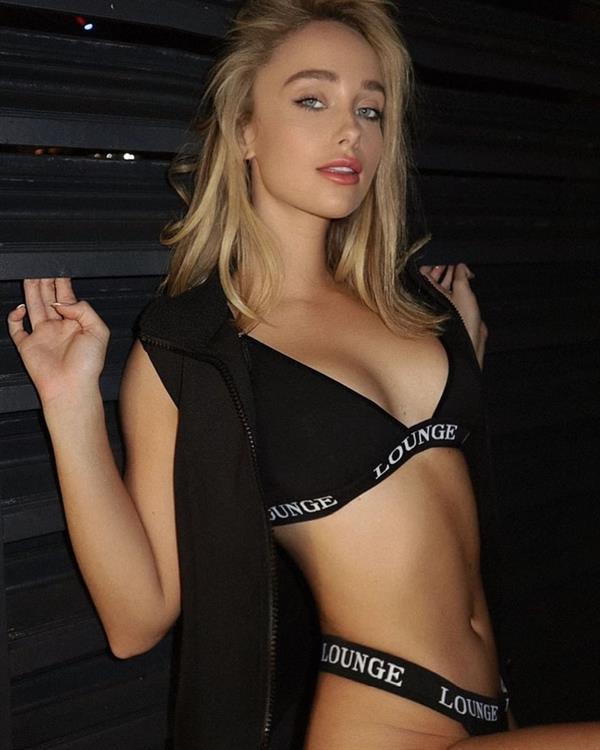 R&B Singer Christina Milian Is Our Friday Feature
Jennylyn Mercado: The Super Mom From The Philippines