There is something about athletes that makes them extremely hot.  The physique, knowing that they have endurance…  I don’t know.  I can’t pinpoint where that extra hotness is coming from.  All I know is that they’re worth your every attention. 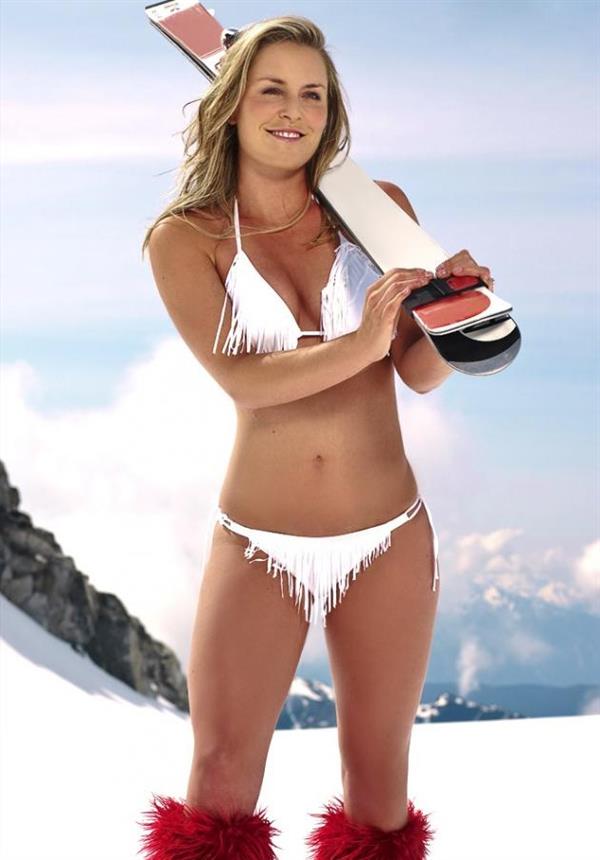 Oh, and we’re pretty sure you’ll give all your attention to Lindsey Vonn here.  Yup, it’s a given that she’s gorgeous.  But look closer and you’ll notice that she’s an alpha woman who can take on any kind of shit you throw at her.

Who is Lindsey Vonn?

Lindsey Lindsey Vonn (née Kildow) is an American athlete who was the first American woman to win an Olympic gold medal in downhill skiing; she won at the 2010 Winter Olympics in Vancouver. 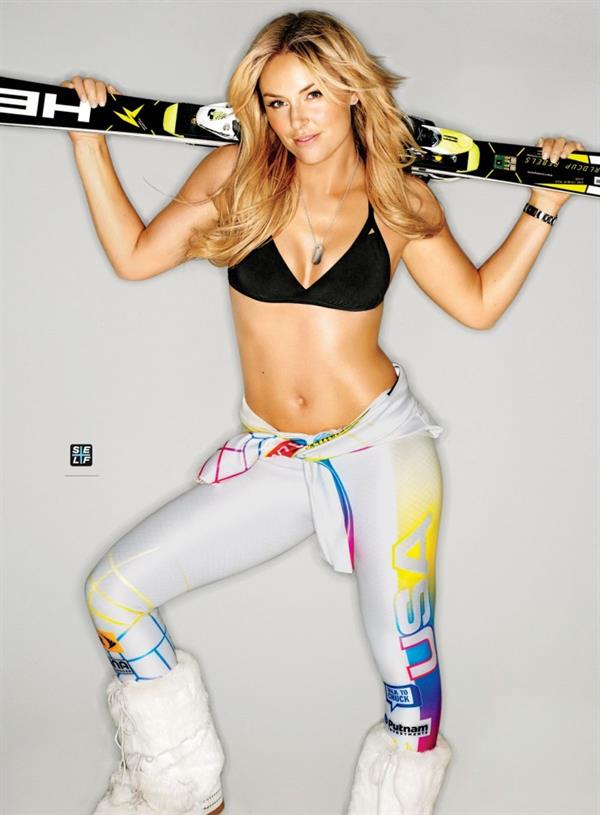 She is also one of six women to have won a World Cup race in all five disciplines of alpine skiing: Downhill, Slalom, Giant Slalom, Super-G, and Combined.

Lindsey Caroline Kildow was born on October 18, 1984, in Saint Paul, Minnesota, and was raised in the Twin Cities metropolitan area in Burnsville, Minnesota.  She has Norwegian roots and is the daughter of Alan Kildow, a former junior national ski champion, and Linda Anne (née Krohn).  Graduated from the University of Missouri High School, an on-line kindergarten through 12th-grade school administered by the University of Missouri’s Center for Distance and Independent Study. 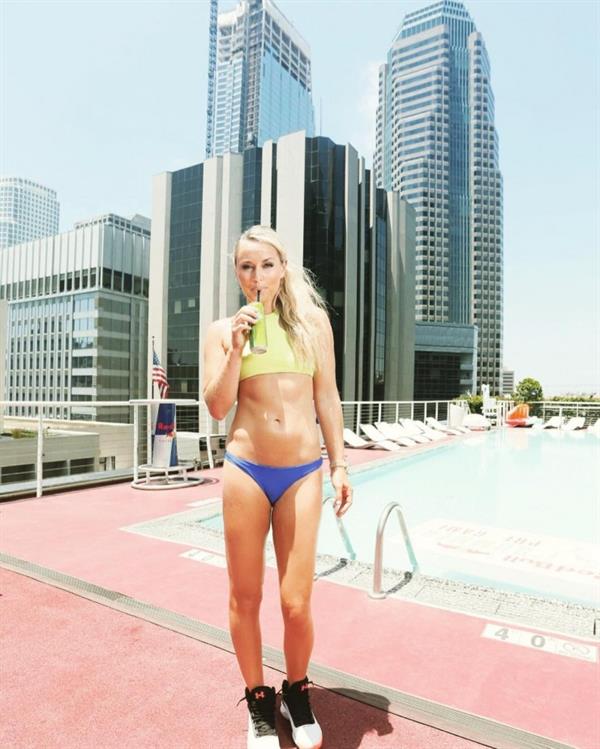 Lindsey began skiing at the age of 2 in her natal area Twin City (Minnesota).  She was trained at ‘Buck Hill,’ a ski and snowboard area, by her father’s former coach, Erich Sailer, who was also a ‘US Ski and Snowboard Hall of Fame’ inductee.  But before that, Lindsey got early skiing lessons from her grandfather, Don Kildow, in Milton, Wisconsin.

Won her first international championship at 15 and competed in her first Olympics at 17.  In her Olympic debut at the 2002 Olympic Winter Games, Lindsey came sixth in both slalom and combined at Salt Lake City and the next year she won a silver medal in downhill in the Junior World Championship at Puy St. Vincent, France.  In December 2004 she earned her first World Cup medal (bronze) for the downhill in Lake Louise, Alberta. Canada. 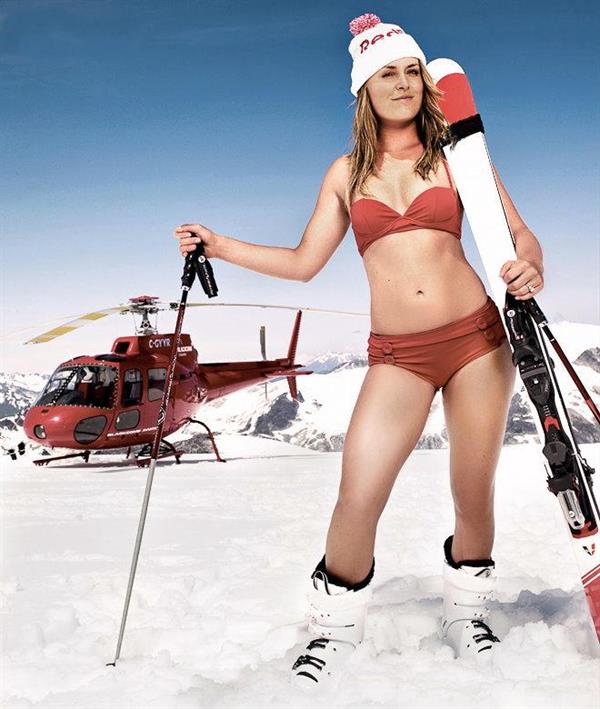 Despite injuries, Lindsey earned her first “big race” medals with silver in both the downhill and super G at the FIS Alpine World Ski Championships 2007 held in Sweden.  After a recovering 2007 season through February 9, 2008, she had already won five World Cup races during the season and became World Cup discipline leader in both downhill and combined.

At the 2009 ‘World Championships’ held in Val-d’Isere, France, Lindsey became the first woman to win the world super-G title.  In the super combined event, she won the downhill round and almost finished second with a remarkable slalom performance.  However, she was later disqualified for splitting a gate. 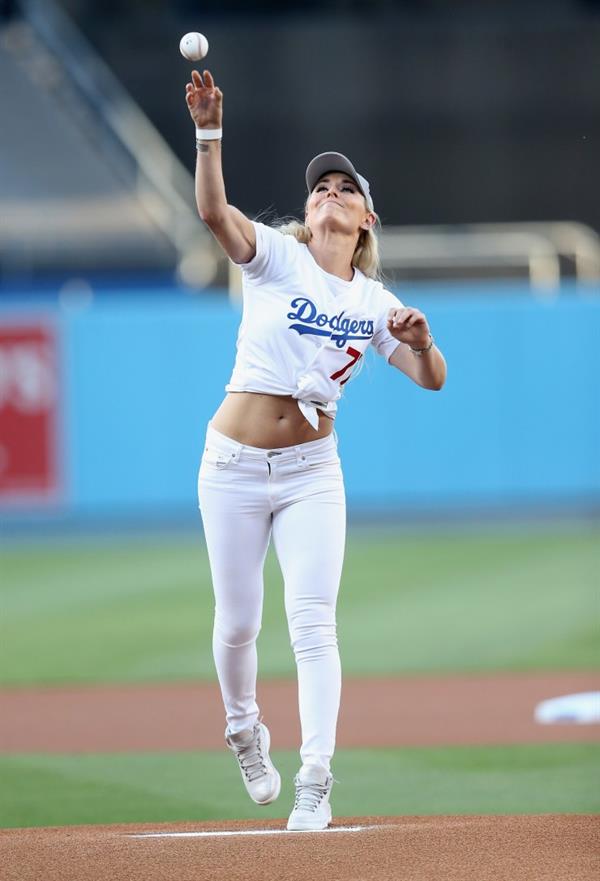 In 2010, she appeared in the final episode of Dick Wolf’s popular television series Law & Order.

She married fellow skier Thomas Vonn in September of 2007. After the two divorced, she dated Tiger Woods for two years.  She dated Kenan Smith from 2016 to 2017.  Subsequently, she began dating Canadian hockey player P.K. Subban and the couple got engaged in August 2019.

Her 43 World Cup Downhill victories are the most by any gender in the discipline.  In 2016, she surpassed Austrian Annemarie Moser-Pröll’s record of 36, which had stood for almost 37 years. 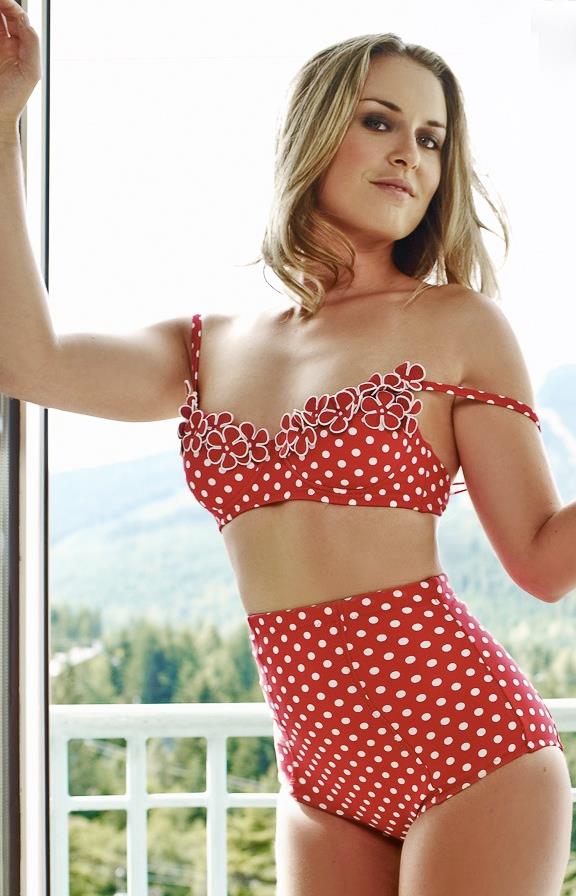 Lindsey founded a charitable organization to provide academic and sports scholarships to students and help children discover the grit within to succeed in their lives.  The ‘Lindsey Vonn Foundation’ collects donations to help determined children create stable and secure lives. 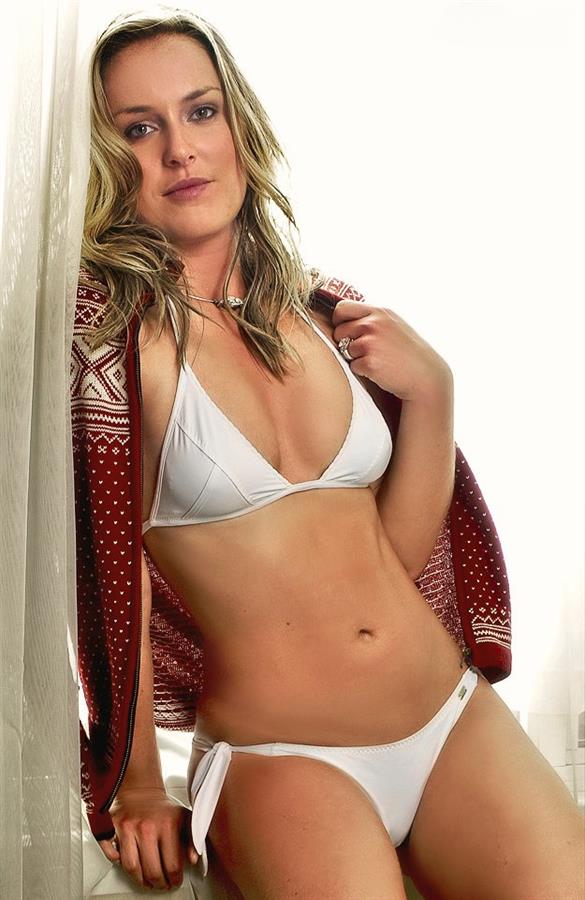 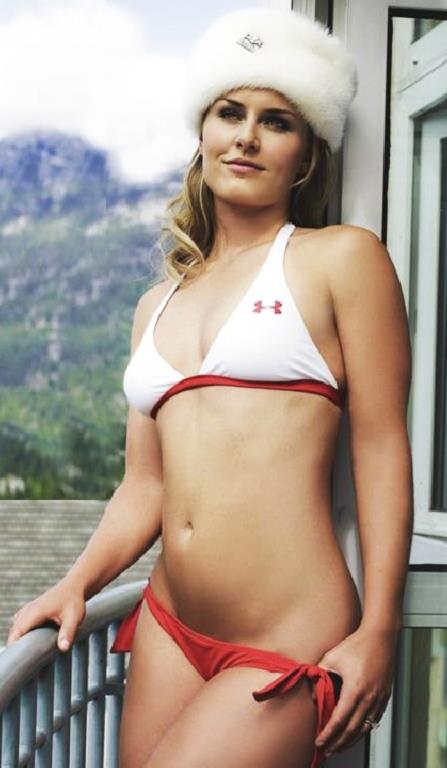 Join her over 1.9 million followers on Instagram for the latest about her.
Also, do check out our Lindsey Vonn page for oodles of her sexy pictures. 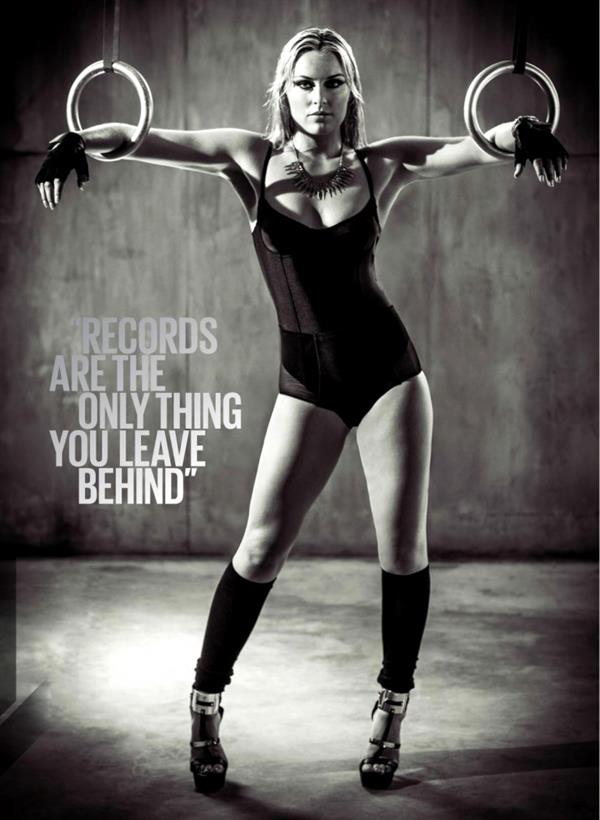 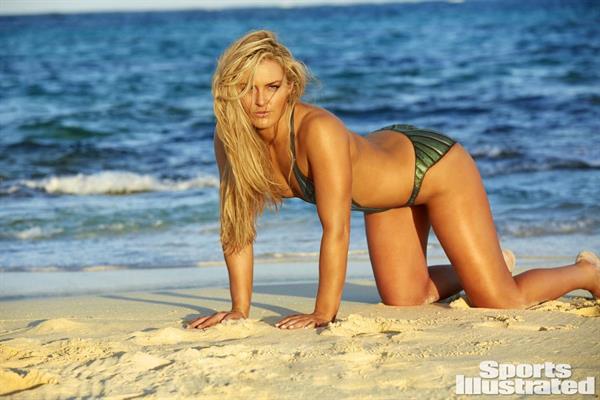 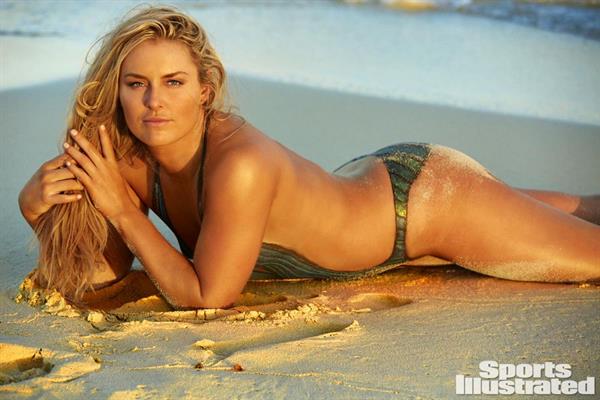 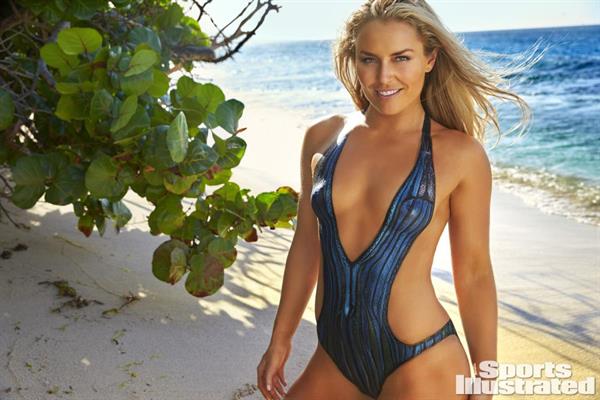 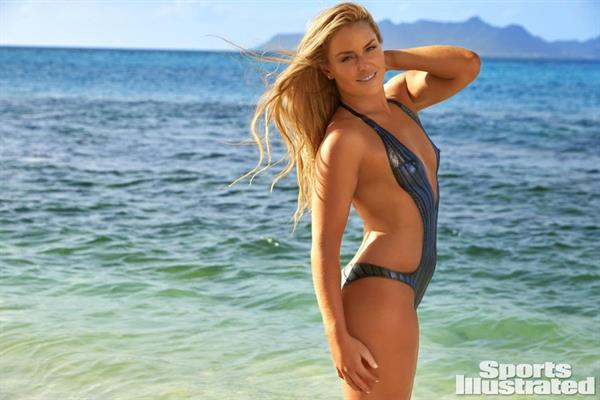 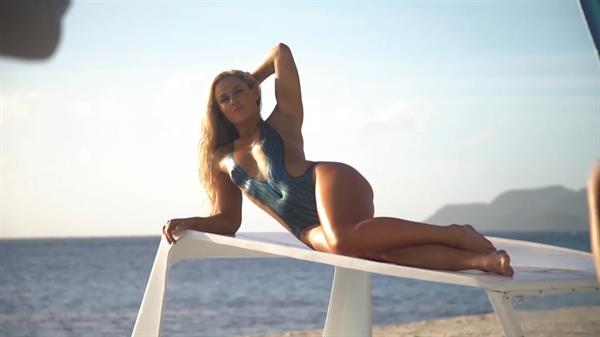 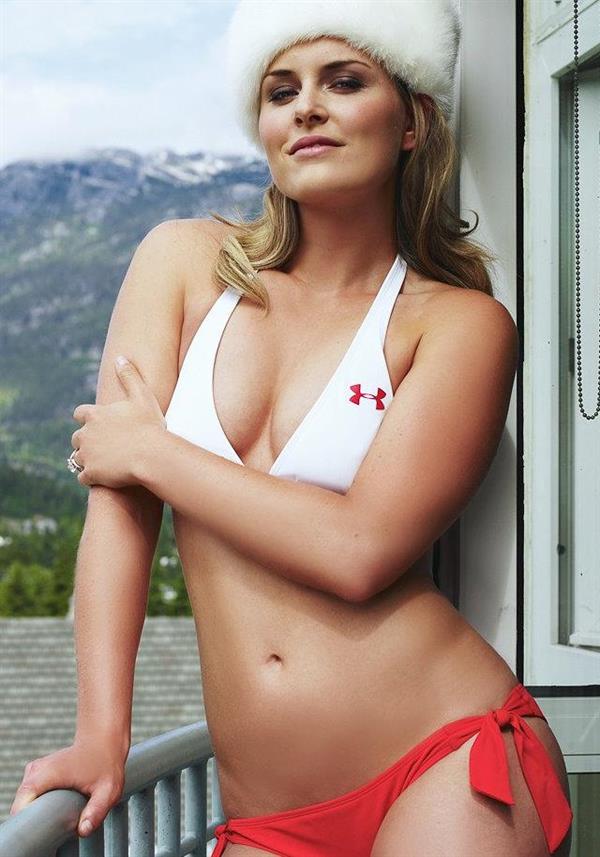 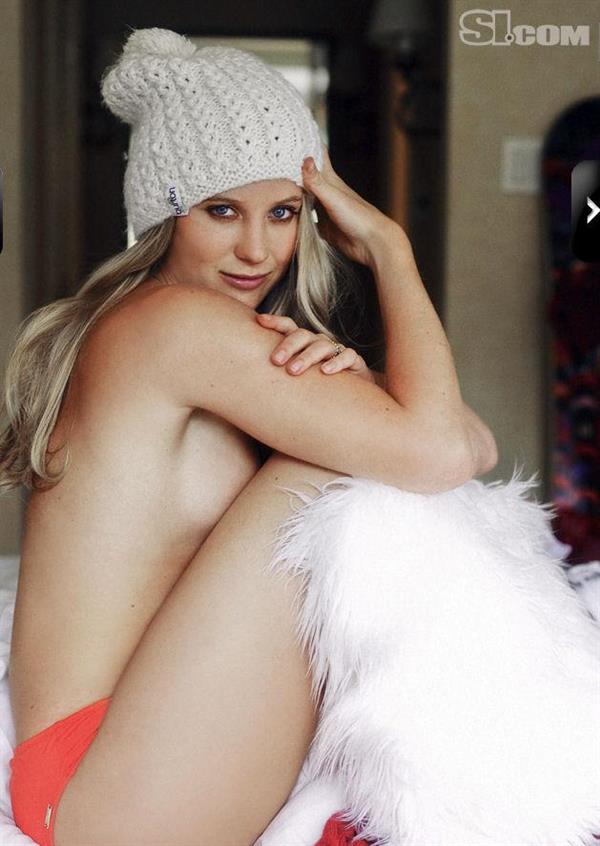 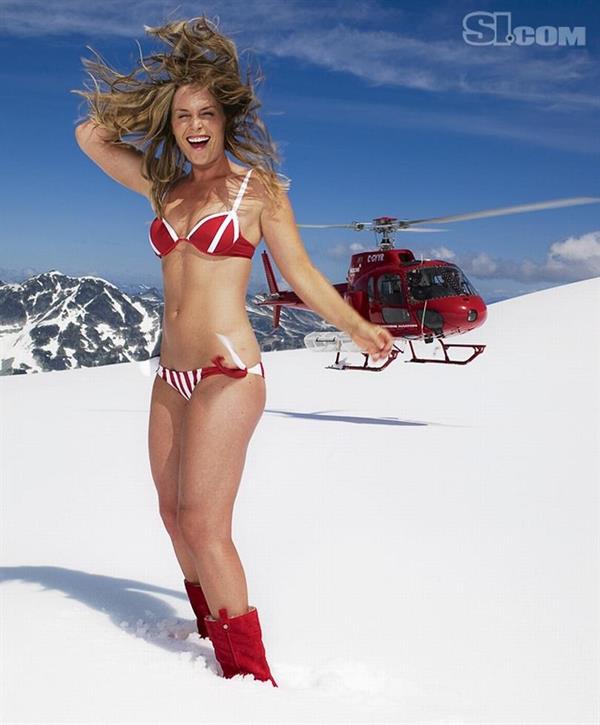 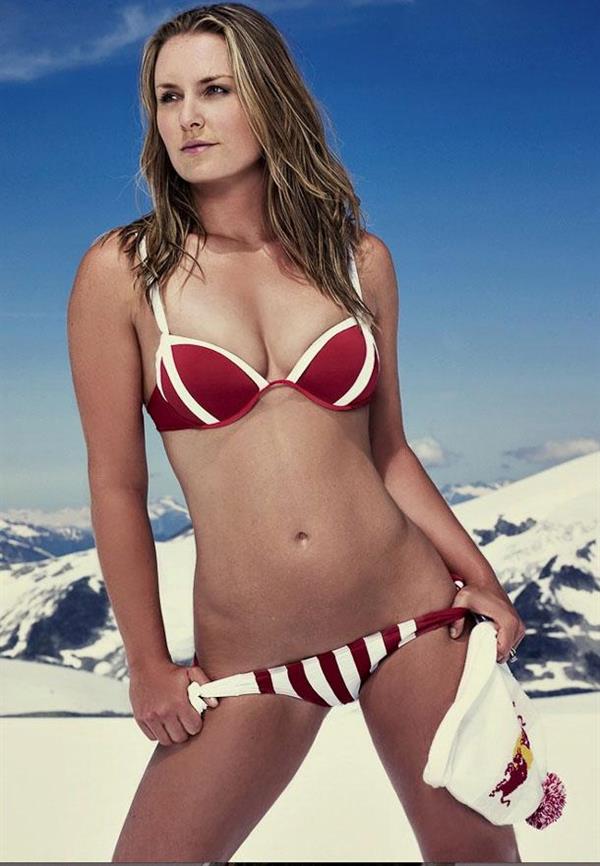